With President Rejecting Nirbhaya Convict's Mercy Petition, Is it Now a Straight Road to Hanging?

Can solitary confinement, even if for a limited period, before the rejection of their mercy petitions, be a mitigating factor in the convicts' favour? 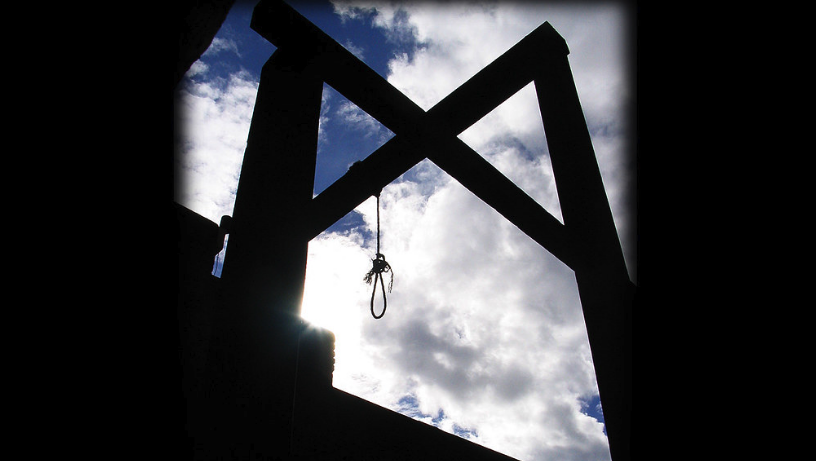 Earlier, the Delhi government too had recommended rejection of the petition, following an uproar over the ‘delay’ in the execution of four convicts sentenced to death in the December 2012 Delhi gangrape-murder case.

The swift rejection of Mukesh’s mercy petition, after a trial court fixed his date of execution on January 22 at 7 am, is of concern because it raises the question as to whether the authorities concerned and the president himself applied their minds to the merits of the petition under Article 72 of the constitution.

Vinay Sharma, Mukesh Singh, Akshay Kumar Singh and Pawan Gupta were to be hanged at Delhi’s Tihar Jail, the trial court judge had declared on January 7, signing their death warrants. Of the four, only Mukesh has so far filed a mercy petition before the president.

The Delhi government had on Wednesday said that the four convicts in the Nirbhaya case could not be hanged on January 22, as scheduled by a Delhi court, because Mukesh Singh, one of the four convicts, had submitted a mercy petition to the president, which was (then) still pending.

Additional Sessions Judge, Satish Kumar Arora, who had issued their death warrants, conceded on Thursday that 14 days have to be given to the convicts for preparing for the execution, even if the president rejects their mercy petitions.

With the Delhi government and the Union home ministry recommending the rejection of the mercy petition, the President Ram Nath Kovind rejected it on Friday, perhaps to avoid any perception of delay on his part. The trial court, thus, could be expected to change the date of hanging accordingly, scheduling it 14 days after the rejection of the mercy petition by the president.

Do the convicts, therefore, have any legal process to delay their hanging any further?

Although they might have exhausted any remaining paths for such a delay, they can still avail themselves of certain legal remedies available to them. Making sure that they avail themselves of such remedies is the responsibility of the state, if only to enlighten the public that even death row prisoners are entitled to fundamental rights till their last breath, irrespective of the heinous offences committed by them.

A report in Hindustan Times tells us that the four convicts were on Thursday shifted to four “separate single cells” inside jail number 3 of Tihar.

In a recent case, the Punjab and Haryana high court commuted the death sentence awarded to a convict to life imprisonment even after he lost his appeal against his sentence in the Supreme Court.

The convict, Dharam Pal, was convicted and sentenced to death for commissioning the of murder of five persons belonging to the same family. Dharam Pal, in an earlier incident, had been convicted under Section 376 of the IPC in 1992, and sentenced to rigorous imprisonment for 10 years. While he was on bail, however, he committed the murder of five persons who were the family members of the prosecutrix for whose rape he was convicted.

The co-accused in this case, his brother, Nirmal Singh, was also sentenced to death along with him, by the trial court. The high court confirmed the sentences. On appeal by both, the Supreme Court confirmed Dharam Pal’s death sentence, but commuted Nirmal Singh’s to life imprisonment. While confirming Dharam Pal’s death sentence on March 18, 1999, the Supreme Court took into consideration his conviction and sentencing in the rape case.

However, the high court allowed Dharam Pal’s appeal in the rape case on November 19, 2003. Yet, his mercy petitions filed before the governor of Haryana and the president were rejected. The president rejected it after an inordinate and unexplained delay of 13 years and five months, and a date was fixed for his execution.

In the meantime, Dharam Pal filed a fresh writ petition before the Punjab and Haryana high court, seeking commutation of his death sentence in light of the change in circumstance, viz., his acquittal in the rape case, which was an important deciding factor by the Supreme Court in negating his appeal. He also challenged it on grounds of delay in deciding his mercy petition by the president, among other grounds.

Dharam Pal had remained in solitary confinement for a period of 18 years, and had undergone imprisonment for a total period of more than 25 years. The president, while rejecting his mercy petition, was not informed about his acquittal in the rape case. This, the Supreme Court conceded, had caused grave prejudice and injustice against Dharam Pal.

The Supreme Court found the high court entirely justified in allowing his writ petition, and found no error or illegalities with the order passed, and concurred with its findings. “Solitary confinement prior to the disposal of the mercy petition is per se illegal and amounts to separate and additional punishment not authorised by law,” the Supreme Court held in this case.

The prisoner can be said to be under the sentence of death only when the death sentence is beyond judicial scrutiny and would be operative without any intervention from any other authority. Till then the person who is awarded capital punishment cannot be said to be a prisoner under sentence of death in the context of Section 30(2) of the Prisoners Act, 1894.

“This interpretative process would, we hope, to a great extent relieve the torment and torture implicit in sub-section(2) of Section 30, reducing the period of such confinement to a short duration,” the Supreme Court held in Sunil Batra v. Delhi Administration.

The sum and substance of the judgment in Sunil Batra is that even if the Sessions Court had sentenced the convict to death, subject to the confirmation of the high court, or even if the appeal is filed before the High Court and the Supreme Court against the imposition of death punishment and the same is pending, the convict cannot be said to be “under sentence of death” till the mercy petition filed before the governor or the president is rejected.

“Even if this Court has awarded capital sentence, it was held that Section 30 does not cover him so long as his petition for mercy to the Governor and/or to the President permitted by the Constitution, has not been disposed of. Of course, once rejected by the Governor and the President, and on further application, there is no stay of execution by the authorities, the person is under sentence of death. During that interregnum, he attracts the custodial segregation specified in Section 30(2) subject to ameliorative meaning assigned to the provision.

“To be “under sentence of death” means “to be under a finally executable death sentence…keeping a prisoner in solitary confinement is contrary to the ruling in Sunil Batra and would amount to inflicting “additional and separate” punishment not authorised by law. It is completely unfortunate that despite enduring pronouncement on judicial side, the actual implementation of the provisions is far from reality. We take this occasion to urge to the Jail authorities to comprehend and implement the actual intent of the verdict in Sunil Batra”.

In Dharam Pal, the Court added: “Solitary confinement prior to the rejection of mercy petition, which has taken place in spite of various decisions of this Court to the contrary, is unfortunate and palpably illegal.”

“Retribution has no constitutional value in our largest democratic country. In India, even an accused has de facto protection under the Constitution and it is the Court’s duty to shield and protect the same. Therefore, we make it clear that when the judiciary interferes in such matters, it does not really interfere with the power exercised under Articles 72/161 but only to uphold the de facto protection provided by the Constitution to every convict including death convicts,” the court reiterated citing Paragraph 245 of its Constitution bench judgment in the Triveniben case of 1980.

The Court directed Dharam Pal’s release after the completion of 35 years of actual imprisonment including the period already undergone by him.

The factual matrix of the Dharam Pal and Delhi gangrape-murder cases is of course different, but the principles laid down earlier concerning the rights of death row convicts will apply to the convicts in the latter case as well.

The grey area, however, will be whether the convicts could delay submission of the mercy petitions, and whether solitary confinement, even if for a limited period, before the rejection of their mercy petitions, could be a mitigating factor in their favour.