Expressing serious concerns over the non-passage of the Bill, the National Federation of Indian Women held district-level demonstrations in 24 states on Monday. 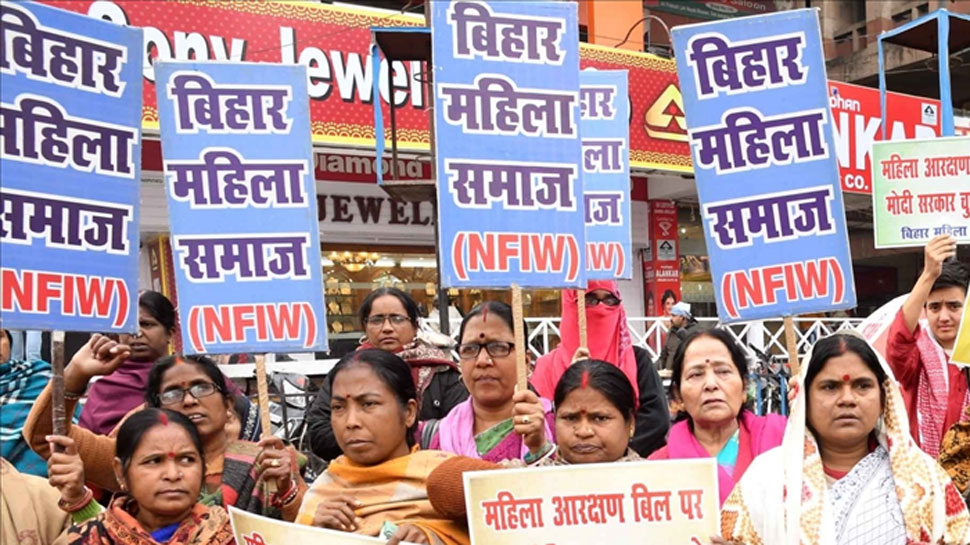 New Delhi: Days after female lawmakers in the Rajya Sabha – cutting across party lines – urged the BJP-led Central government to use its majority in the Lower House to ensure the passage of the Women’s Reservation Bill, a women’s group organised protests on Monday expressing concerns over the delay.

The Constitution (108th Amendment) Bill, commonly known as the Women’s Reservation Bill – which called for reserving 33% of the seats in the Lok Sabha and all state legislative assemblies for women – was cleared by the Union cabinet in February 2010, a week before it was passed in the Rajya Sabha. But it is still awaiting a nod from the Lok Sabha.

The Bill’s journey, however, began much before that – on September 12, 1996 – when it was introduced in the Lok Sabha by the United Front government of H.D. Deve Gowda.

As per the draft, the seats were to be reserved for women on a rotation basis and would be determined by draw of lots, in such a way that a seat would be reserved only once in three consecutive general elections. It said reservation of seats for women would cease to exist 15 years after the commencement of the amendment Act.

Also watch: BJP Has The Numbers to Pass The Women’s Reservation Bill, So Why The Foot-Dragging?

As The Wire previously reported, the Bill, however, failed to get the approval of the Lok Sabha then and was instead referred to a joint parliamentary committee. The committee submitted its report to the house two months later.

In 1998, Atal Bihari Vajpayee, who headed the first National Democratic Alliance government, reintroduced the Bill in the Lok Sabha. After Vajpayee’s law minister, M. Thambidurai introduced it in the house, a Rashtriya Janata Dal MP snatched it from the speaker and tore it into bits.

Expressing serious concerns over the non-passage of the Bill, members of the National Federation of Indian Women (NFIW) held district-level demonstrations in 24 states on January 7. The women’s group also protested outside parliament and members were later detained by the police, as per a statement issued by the organisation.

NFIW further alleged that a majority of political parties have expressed their willingness to support and vote for the passage of the Bill when it is brought before the Lok Sabha, but the BJP-led NDA government has not shown any interest or taken any initiative to pass it.

“While receiving a memorandum demanding the passage of the Bill from NFIW delegation, the prime minister said that consensus is needed for this. During the last four-and-a-half years’ time, parliament passed or amended many legislations without any consensus. It is nothing but the double standard and it shows lack of political will and social commitment on the part of the NDA government,” Annie Raja, general secretary of the NFIW alleged.