"It is the secrecy that surrounds the Collegium’s decisions and lack of stated criteria  that lead to a perception of arbitrariness." 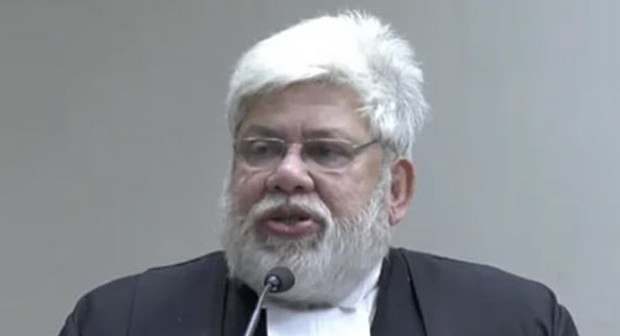 In their letter, the advocates have pointed out that the Madras high court has already witnessed changes recently, as the two senior-most judges after Justice Banerjee too have left – one because he was elevated to the Supreme Court and the other because he was transferred to the Calcutta high court.

They have also questioned whether a judge of Justice Banerjee’s reputation and calibre is required in the Meghalaya high court, which sees only 70-75 cases a month, as opposed to 35,000 in the year in Madras. Since the collegium does not explain its decision, the letter continues, it leads to speculation on why a certain judge may have been transfereed:

“Similar transfers in the past have led to speculations i) whether the transfer was caused due to improprieties by the concerned judge or ii) whether there were external factors that penetrated the decision making process when  such strong pointers existed. It damages an honest judge’s reputation and tends to lower the image of the judiciary in public. It is the secrecy that surrounds the Collegium’s decisions and lack of stated criteria  that lead to a perception of arbitrariness. Ultimately, the judiciary as an institution stands to lose.”

As The Wire has reported, Justice Banerjee’s brief tenure as the chief justice of the Madras high court has been very eventful and in some instances even controversial. He is known to mince no words and has repeatedly admonished public authorities on account of their failure to carry out duties.

According to the advocates letter, he was also attempting to curb corruption in the judiciary:

“It is known in legal circles in Tamil Nadu that in order to ensure a totally free and independent judiciary, inquiries were afoot under the tenure of Chief Justice Banerjee to check corruption in the judiciary. His intolerance for corruption and inefficiency is well known and widely appreciated. The instant transfer would quell any such effort to strengthen the judiciary in the State.”

Read the full text of the advocates’ letter and list of signatories below.

We, the undersigned advocates of the Madras High Court, write this letter with a sense of deep concern over the transfer of Mr. Justice Sanjib Banerjee, Chief Justice of Madras High Court to Meghalaya High Court.

“There has to be a time when the prejudice and vendetta have to be shed particularly when it comes to practicing religion. This is a secular country and secularism implies tolerance for the other religion.”

In other cases, he castigated the AIADMK government for its inept handling of the pandemic and hauled up the Election Commission for failing to ensure proper COVID safety norms during the recent State elections. Just before the elections, he passed orders directing the Election Commission and the Puducherry police to investigate as to how phone numbers linked to aadhar cards of voters that were not available in public domain, were available with functionaries of the Bharatiya Janata Party for their election campaign. More importantly, he passed a crucial order to protect media freedom and free speech by granting interim stay of the provisions of the Information Technology (Intermediary Guidelines and Digital Media Ethics Code) Rules 2021.

We request that the collegium may reconsider in public interest its decision to transfer Mr.Justice Sanjib Banerjee, Chief Justice of the Madras High Court to Meghalaya High Court.