Thwaha Fasal and Allan Shuaib had been charged under the UAPA. NIA had said that they were affiliated to the banned Communist Party of India (Maoist). 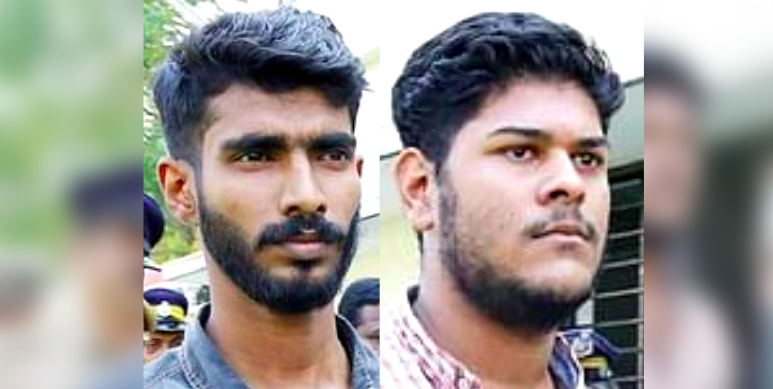 New Delhi: The Supreme Court on October 28 upheld the bail of two Kerala students who had been charged under the Unlawful Activities Prevention Act by the NIA, which had claimed that they had links with Maoists.

Thwaha Fasal and Allan Shuaib had been charged under the UAPA after both police and the NIA said that they were affiliated to the banned Communist Party of India (Maoist). At the time of their arrests, in November 2019, Shuaib and Fasal were 19 and 23 years old respectively.

The top court had reserved judgment on September 23. On that day, the apex court had asked NIA if recovery of literature from a person, membership of a banned organisation and shouting of slogans alone can attract charges under the UAPA.

“These are boys in their early 20s, they have some material in their possession. Can they be incarcerated only because of some kind of inference you draw…According to you, if any incriminating material was seized from these persons or their houses, you can infer that they are actively participating in these terrorist organisations?,” the Supreme Court had asked.

A bench comprising Justices Ajay Rastogi and A.S. Oka set aside the Kerala high court order which had cancelled Fasal’s bail. The court had held that the materials seized from him were serious and proved his culpability. It also sought to highlight that Fasal had reportedly raised Maoist slogans, which were “blameworthy.”

LiveLaw has reported that the court directed that Fasal be produced before the NIA trial court to complete the bail formalities and that the conditions of the bail order passed by the special NIA court in Kochi in September 2020 will be followed.

Senior advocate Jayant Muth Raj, who appeared for Fasal, had held that the NIA charge sheet did not establish that Fasal had, in any way, attempted to further the activities of any Maoist group, so as to attract Sections 38 and 39 of the UAPA.

Raj also highlighted that NIA has dropped Section 20 of the UAPA, which is the offence relating to membership of banned terror group, from the charge sheet.

The division bench of the high court had refused to cancel Shuaib’s bail, considering his young age and health.

Senior advocate R. Basant, who appeared for Shuhaib said that the ‘intention’ for offence under sections 38 and 39 cannot be gathered from mere books or pamphlets.

Additional Solicitor General S.V. Raju, who appeared for the NIA, said the materials themselves were incriminating and established closed links with “Maoists’ terror activities”. ASG Raju, however, agreed that the dropping of section 20 of the UAPA was a “lacunae” but expressed the wish to add it later by getting the needed sanction.

As The Wire had reported earlier, some of the documents the NIA had produced as evidence were notices to demand implementation of the Madhav Gadgil Committee report to protect ecology in Western Ghats and safeguard Adivasi interests, a book called Great Russian Revolution, portraits of communist leaders Mao Tse Tung and Che Guevera and of Kashmir’s separatist leader S.A.S. Geelani and books that propagated “Marxist ideologies” and “Islam ideology”.