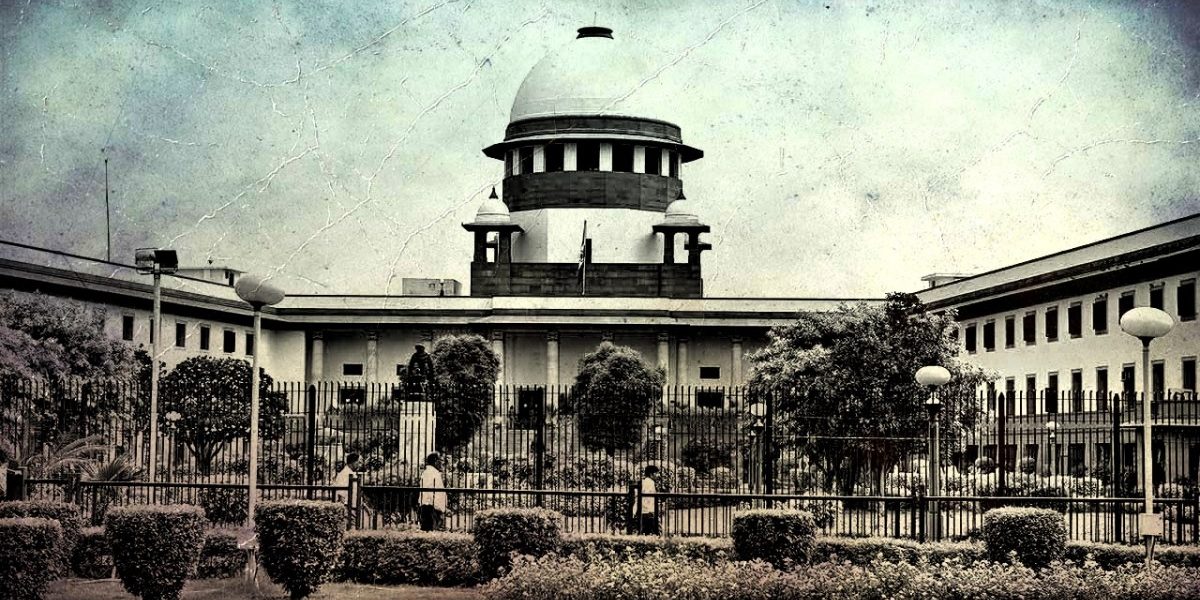 A ‘torture update’ published by the Asian Centre for Human Rights mentions 1,674 cases of custodial deaths between April 2017 and February 2018 in India, including 1,530 deaths in judicial custody and 144 deaths in police custody. That’s almost five custodial deaths every day.

The state often explains away custodial deaths as occurring due to illness, escape from custody, suicide or during transportation, as noted in the National Crimes Research Bureau (NCRB) reports. Only recently has the NCRB begun to record some deaths due to physical assault in police custody.

As one awaits the Centre’s response in an ongoing case on extrajudicial executions in Manipur on July 27, 2018, the importance of sites of accountability for state violence and continued need for public debates on such violence become obvious. In response to a petition filed by the Extra Judicial Execution Victim Families Association (EEVFAM), in July 2016 the Supreme Court asked for inquiries into the 1,528 cases of extra-judicial killings or encounters in Manipur that occurred between 1979 and May 2012. The court addressed two main questions: whether excessive force was used in these cases and whether retaliatory or excessive force was permissible against a so-called “enemy”. In a landmark order, the court rejected any absolute immunity in such cases for police and armed forces, and definitively noted that the use of excessive and retaliatory force was against the rule of law. The court concluded that each extrajudicial killing alleged to be excessive had to be enquired into regardless of whether a person is considered a militant, terrorist, dreaded criminal or insurgent.

Anoo Bhuyan’s articles on the case in The Wire have noted the classic state subterfuge strategies in terms of delays in filing FIRs (first information reports), some FIRs being filed subsequently against “unknown persons” despite noting specific persons in previous FIRs, and intimidation and attacks on families associated with the complaints. UN experts have also recently urged the government to expedite the inquiries into the cases that span over several decades.

The judicial word and proceedings are crucial for forcing actions challenging the impunity related to these encounters in Manipur and incidentally has already reflected some revelatory potential. The very hearing of the petition by the Supreme Court prompted the inquiry commission report into the Thangjam Manorama’s case to become public almost ten years after it was written. The necessity for the inquiry report to remain hidden for almost a decade (from 2004 to 2014) indicates its significance even beyond the explicit analysis and recommendations of its author.

One of the most horrific and visible cases of 2004, Thangjam Manorama, a young Manipuri woman who was picked up as a “suspected militant” from her home, was found dead in a nearby village in Imphal; the lower part of her body shot apparently as a way to hide the marks of rape and sexual assault. Manorama’s killing prompted a number of Manipuri women – Meira Paibis or women torchbearers – to express their anger and outrage by baring themselves in front of the army headquarters and holding banners that read “Indian Army Rape Us, Kill Us”. The protests led to the setting up of a review committee – the Jeevan Reddy Committee – on the constitutionality of the Armed Forces Special Powers Act (AFSPA) and an inquiry commission led by Upendra Singh, a retired district and sessions judge (Manipur) to look into the death of Manorama. Both these reports were not made public until the first one was leaked to the press and the second one forced into the public domain during the course of the Supreme Court hearings on the encounters case.

Upendra Singh’s report is a strong indictment of the Assam Rifles for Manorama’s death, clearly stating,

“This is one of the most shocking custodial killing of a Manipuri village girl so savagely, that also after inhuman torture. The custodial death, according to Hon’ble Supreme Court of India, is perhaps one of the worst crimes in a civilized society governed by the Rule of Law.”

In a context where there is usually an acceptance of the military version of events – that of a shooting after a warning while the suspect was running way – the inquiry commission completely rejected this version by noting that her hands were tied and she was wearing a heavy Manipuri dress (Phanek) making it difficult for her to run, and cited medical evidence that the bullet marks were not on her back.

A limiting aspect of the report is that it considers only procedural violations as responsible for the death of Manorama. According to the commission, safeguards emerging from the D.K. Basu Supreme Court case of 1996 were not followed, for example each time an arrest is made, the family or a local representative has to be consulted. Violations of the Code of Criminal Procedure included that no women police were taken to arrest her. The report also mentions the dos and don’ts emerging from the 1997 case regarding the constitutionality of the Armed Forces Special Powers Act. No civil authority was consulted before the raid and no cases were pending against her as a suspected militant. Similarly, no warning was given to her in her own language before firing. The Assam Rifles also ignored the rule that firing is just meant to restrain someone and not kill.

Thus, the commission proclaims that the military version is a “naked lie.” The report states: “I am pained to note that the firings were unnecessary, a valuable life had been made to suffer harshly on the hands of the reckless armed Assam Rifles persons.” And “… most of the injuries will reveal that they were shot with an intention while the victim was in prone, while lying, bending positions with an intention to kill and even after she was in helpless condition.” The commission accepted that most likely sexual assault not only took place, but an effort was made to hide the marks. The report notes that the onus of proof was on the Assam Rifles to explain what happened in their custody and an unpersuasive account even against a suspected militant was strongly rejected.

The commission didn’t hesitate to take names in concluding that Major Dagar – the commander of the arresting team – was directly or vicariously responsible and four others of the arresting team were directly responsible for the killing of Thangjam Manorama, since it was not done to stop her from escaping but to intentionally kill her. The inquiry report notes, “If they had followed the direction of the Hon’ble Supreme Court, in this regard, while making search and arrest, they had cooped {coopted} representatives of the local civil administrations, and if it was made in the presence of female police, such ugly incident might not have been occurred.”

In the Manorama inquiry report, the procedural mistakes that lead to custodial deaths are readily revealed. These are important, but in turn the “reason of state” – namely the continuation of AFSPA in the region – remains unaddressed. Here the attempt is to emphasise the technical or procedural violations associated with the incident as opposed to the particular provisions of the AFSPA that enable such excesses. To give just one example of extraordinary provisions, the Act gives the ability to declare a disturbed area and then shoot or use force even if it causes death if the person does not follow the law or orders such as the prohibition of assembly of more than five persons or carrying of weapons.

Yet, the very fact that the inquiry commission report was concealed until the Supreme Court forced its revelation makes one acknowledge the significance of such an inquiry, despite what the author of the report explicitly noted. Although the Manorama commission report did not directly address the political reasons and the specific provisions of the AFSPA regime that underlie the impunity of the state in Manipur, systematic inquiries do have the potential to reveal the contours of the impunity regime, whether intentionally or not. The judicial word on the encounter case on pursuing inquiries (and hopefully chargesheets, prosecutions and some forms of justice) into each of the 1,528 incidents is thus significant for what it may both intentionally ensure and even unintentionally continue to reveal.

Jinee Lokaneeta teaches political science at Drew University, New Jersey. She is the author of Transnational Torture: Law, Violence and State Power in the United States and India and most recently published an essay titled ‘Rule of Law, Violence and Exception: Deciphering the Indian State in the Thangjam Manorama Inquiry Report’.