Pramod Muthalik and members of the Sri Ram Sene, are walking free because of "lack of evidence" despite the assault being caught on camera. 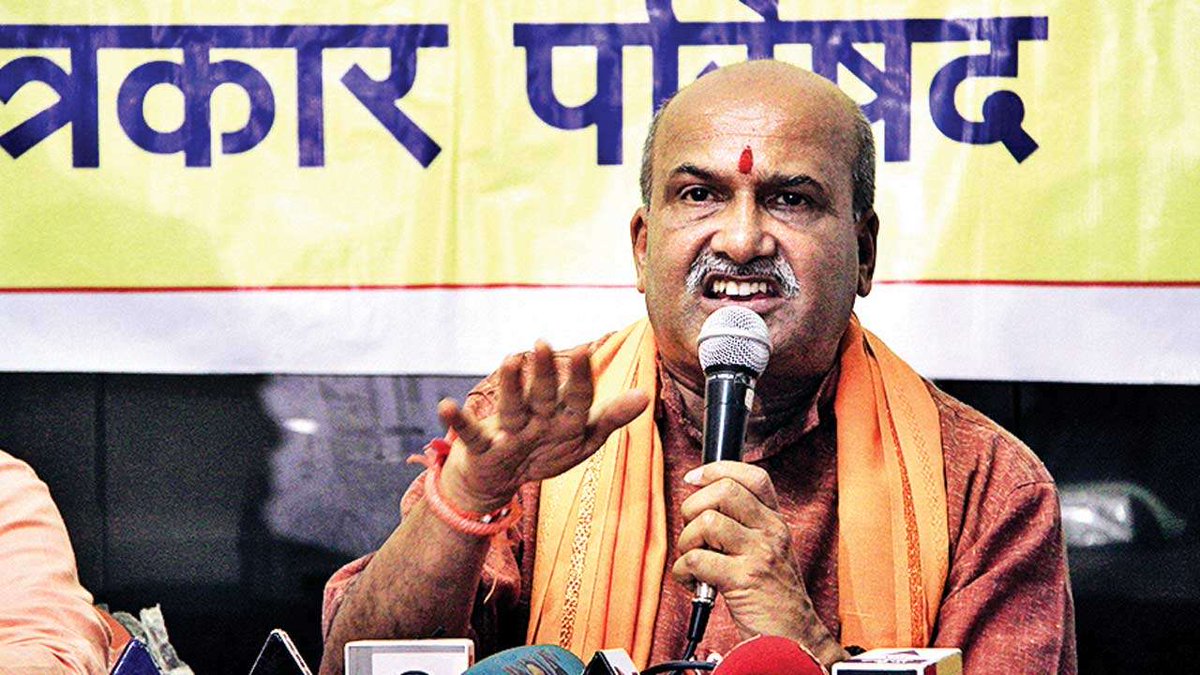 New Delhi: Nearly nine years after several women at a pub in Mangaluru in Karnataka were assaulted by a mob – chased, slapped and dragged by their hair – for simply attempting to have night about town at a pub called ‘Amnesia – The Lounge’, a local court has acquitted the 26 men charged with violence, citing lack of evidence.

On January 24, 2009, in a video that went viral on YouTube, dozens of activists allegedly belonging to Sri Ram Sene, a Hindutva outfit in Karnataka, were seen barging into the pub, beating up a group of young women and men and screaming at them for having “loose morals”. The groups claimed that the women were violating traditional Indian values. Two women were hospitalised for the injuries they sustained.

The chargesheet was filed against 30 accused. Of these, 26 have now been acquitted in Monday’s verdict by a judicial magistrate. While two of the remaining four accused – Ashwin and Praveen Akashbhavan – committed suicide, two others have left the country.

Sri Ram Sene chief Pramod Muthalik described the verdict as a “victory of truth”. “We believe that this is a triumph. Cases under some 10 sections were filed against us and we have emerged victorious today,” he told reporters outside the court.

The verdict comes as a blow to those opposed to moral policing across India and is likely to embolden outfits like the Bajrang Dal and Vishwa Hindu Parishad, who take to the streets every year on Valentine’s Day in an effort to intimidate young couples and protest the very idea of love. In 2015, the Hindu Mahasabha threatened couples with a prompt Arya Samaj wedding if they were found celebrating the annual day of love.

In fact, the attack in 2009 took place a few weeks before Valentine’s Day. Emboldened by the sudden fame his outfit had achieved, Muthalik then said, “Our activists will go around with a priest, a turmeric stub and a ‘mangalsutra’ on February 14. If we come across couples being together in public and expressing their love, we will take them to the nearest temple and conduct their marriage.”

Pravin Valke, a founding member of the Sri Rama Sene, told the Indian Express in the same year, “These girls come from all over India, drink, smoke, and walk around in the night spoiling the traditional girls of Mangalore. Why should girls go to pubs? Are they going to serve their future husbands alcohol? Should they not be learning to make chapattis [Indian bread]? Bars and pubs should be for men only. We wanted to ensure that all women in Mangalore are home by 7 pm.” 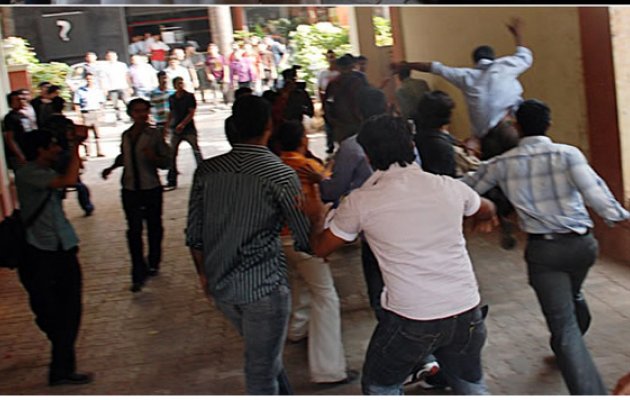 A still from the clip of the attack which went viral. Credit: YouTube

The case collapsed despite the assault being caught on camera and Muthalik in 2010 admitting to his outfit being involved when he said that the attack was a “big mistake.” In addition, the state deputy convener of Sri Ram Sene, Prasad Attavar, claimed responsibility for the attack, saying that “it was a spontaneous reaction against women who flouted traditional Indian norms of decency”.

On Monday, further emboldened by the court decision, Muthalik said, “The outfit could not and shall not tolerate the youths of the country resorting to the “wine culture”.

One of the primary reasons why the case collapsed was because very few of the women who were attacked were willing to testify, fearing further backlash.

As of now, a group called the Citizens Forum for Mangalore Development has demanded that the state government appeal the ruling to ensure that the assaulters are punished.

On the political front, as it was a BJP government that was in power at that point in Karnataka, the current Congress government led by Siddaramaiah may challenge the order in light of the upcoming Karnataka elections.

The outfit has been in and out of the news for its activities against “love jihad” and for behaving as the sole custodians of Hindu culture. In fact in 2012 in Mangaluru itself, a group of Hindu activists in Mangalore attacked a party of youngsters enjoying inside a private guesthouse and manhandled them, accusing them of indecency and violating Indian culture, all the while mishandling and reportedly molesting the women themselves.

In June 2017, the Sri Ram Sene made its opposition to an iftar hosted inside the ancient Udupi Sri Krishna temple by the head of the Pejawar Mutt, Sri Vishvesha Teertha Swamiji, and called for a state-wide protest against it. The outfit couldn’t swallow the bitter pill that at a time when Hindutva forces were galvanising themselves across the country and cow vigilantes were making headlines nearly every month, the Swamiji had invited both Hindus and Muslims to promote communal harmony.

“It’s a shameful act,” Muthalik reportedly said. “Pejawar seer is not only Swamiji for Udupi but also a leader of the Vishwa Hindu Parishad. While VHP members are fighting to protect every single cow by even sacrificing their lives, the Swamiji has invited cow slaughterers to the Mutt. This is not acceptable.”

Muthalik has a chequered history himself, and has jumped from one outfit to the other till he finally formed the Shiv Ram Sene. Muthalik’s embrace of Hindutva began during the Emergency with the Rashtriya Swayamsevak Sangh (RSS). In 1993 he was shifted to the RSS’s more radical outfit, the VHP, before being made a convenor of the Bajrang Dal in Karnataka. He was eventually expelled from the group and he then moved on to the Shiv Sena, which he finally quit over the Belgaum border dispute.

He eventually launched his own outfit, but has since made a hue and cry about threats to his life from former RSS colleagues. In an interview to News18, Muthalik had said, “I know my enemies well. Congress, Communists, intellectuals etc are my enemies. But they are known enemies. They work against me. I am worried about my own people who can harm me. They are good at backstabbing. What happened to Pravin Togadia might happen to me too.”