The court has, however, given strict directions to media to maintain a set of rules when it comes to the case. The site of the Malegaon blasts. Photo: Reuters/File

Mumbai: In a significant victory for the media, the special National Investigation Agency (NIA) court has rejected the NIA’s application seeking a blanket ban on media reporting in the Malegaon 2008 bomb blast trial.

The NIA had, on August 1, moved the special court claiming that the media coverage in the ongoing Malegaon 2008 bomb blast trial will “have a direct bearing on the communal harmony, national security and public order” and hence should be barred. The court, however, rejected the application on October 1.

Several print and electronic media reporters covering judiciary in the city had moved the court soon after the NIA had sought a gag on media. The media, represented through their advocate Rizwan Merchant, had opposed the demand for in-camera proceedings and had cited Article 19 of the Constitution to exercise their freedom of speech and expression.

Bharatiya Janata Party MP Pragya Thakur, lieutenant colonel Prasad Purohit, and ten others have been facing trial in this 11-year-old blast case which had killed six and had left over 100 injured.

The court, in an elaborate 116-page order has rejected each of NIA’s grounds and asked why the NIA was moving court now if there was such a serious threat to life of the accused or if the case could disturb the communal harmony in the country.

According to the prosecution, an explosive device strapped to a motorcycle went off near a mosque in Malegaon, a power-loom town in north Maharashtra, on September 29, 2008. The investigation had found out that the motorbike used in the explosion was registered in Thakur’s name and that led to her arrest in 2008.

In an application moved before the special NIA court, presided over by Judge V.S. Padalkar, the agency had claimed that the case is sensitive as the accused had allegedly executed the bomb “to take revenge against the Muslim jihadi activities and to create the rift between the two communities (the Hindus and the Muslims)”.

“As per the prosecution, for causing the bomb blast, Malegaon was chosen, because it is a Muslim dominated area…for maintaining harmony in the society, it is necessary to conduct an in-camera hearing and restraint on the publication of the court proceedings,” the NIA application stated. 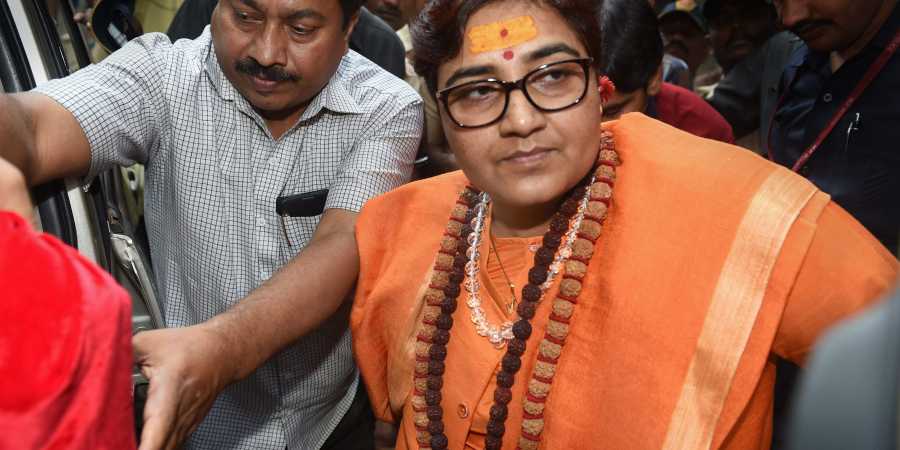 But the court today observed: “Though the special public prosecutor through the NIA, accused number 1 (Thakur) and accused number 9 (Purohit), vehemently argued the point of security, considering the nature, gravity of offence and also security of the “state” from anti national elements, sensitivity and other factors, I come to the conclusion after considering the arguments, cases cited before me and also recorded reasons that till this date no application has been received by this court from anybody else on the point of threat, not during these years there was disharmony and communal rift as stated by them, anywhere else, in Malegaon or other part of the state. Therefore, it is not a fit case to conduct an in-camera trial.”

It further added that, “Conducting trial in a transparent manner and way is one of the criteria to reject the prayer for an in- camera trial.”

Of the total 475 witness statements, as many as 186 statements are truncated (their identity protected under the Act). Both NIA and defence lawyers had claimed that the witnesses in the case were also susceptible to threats.

The court, however, observed: “Nobody including witnesses have appeared before the court with their grievance and applied for protection even under the (Witness Protection) Act or any other manner before this court.”

The accused had opposed the media’s presence in the court and had accused it of publishing interviews with witnesses in the case.

The court while pointing to the instances where the accused themselves have talked to the media, observed, “The media’s role is very clear that they are bent upon to print, publish the matter as per actual events that take place in the court during the course of evidence so as to provide correct information to publish at large, being the main pillar of the democracy.”

Although the court’s order has been in the favour of the media, Judge Padalkar has ordered for certain restrictions. All reporters attending the trial have been asked to furnish their identity cards before the court and have been barred from using any type of electronic devices.

Names and addresses of witnesses have to be protected, the order states. The court has also directed media houses to not conduct debates, interviews or publish any editorial content on the trial until it is completed.

The NIA’s application was an outcome of another ongoing hearing before the division bench of Bombay high court justices I.A. Mahanty and A.M. Badar in a petition filed by Purohit seeking non-truncated (which in court parlance means protecting the identities of the witness) copies of the witness statements that are part of the chargesheet.

While hearing Purohit’s application, the division bench had raised a query as to how the NIA plans to protect the identities of the witnesses if they were to depose in an open court trial. Jumping on to this opportunity, the NIA promptly made an application before the trial court seeking a blanket ban.

This is not the first time that media restraint was sought in the case. On June 11, 2016, Purohit has sought an in-camera proceeding until the charges were framed in the court.

The application was supported by the NIA and the court had restrained the media from covering the proceedings of framing of charges. The media was eventually allowed to attend the court hearing.

The case has gone through several twists and turns in the past decade. The initial investigation was conducted by the state Anti-Terrorism Squad, then headed by (late) officer Hemant Karkare. After his death in 2008, the case was handed over to the CBI and eventually was taken over by the NIA. Once the NIA took over the case, the charges were watered down, especially against Thakur.

Also read: I Am Waiting for the Right Moment to Strike. I Will Speak Up: Rohini Salian

The then NIA special public prosecutor Rohini Salian had also accused the investigating agency of going easy on the accused and of having pressurised her to not press for serious charges.

She had named an NIA superintendent of police, Suhas Warke, as having asked her to “go soft” against the accused.

In 2016, when Thakur applied for bail and NIA refused to oppose the bail application, Salian had accused the agency of acting like a “shield” to the accused.