Liquor Sales Over a Haircut Session? Welcome to 'Dry' Bihar

Three years since prohibition, the illegal sale of liquor has become a lucrative trade – as well as a high-risk strategy for escaping poverty for unemployed young people. 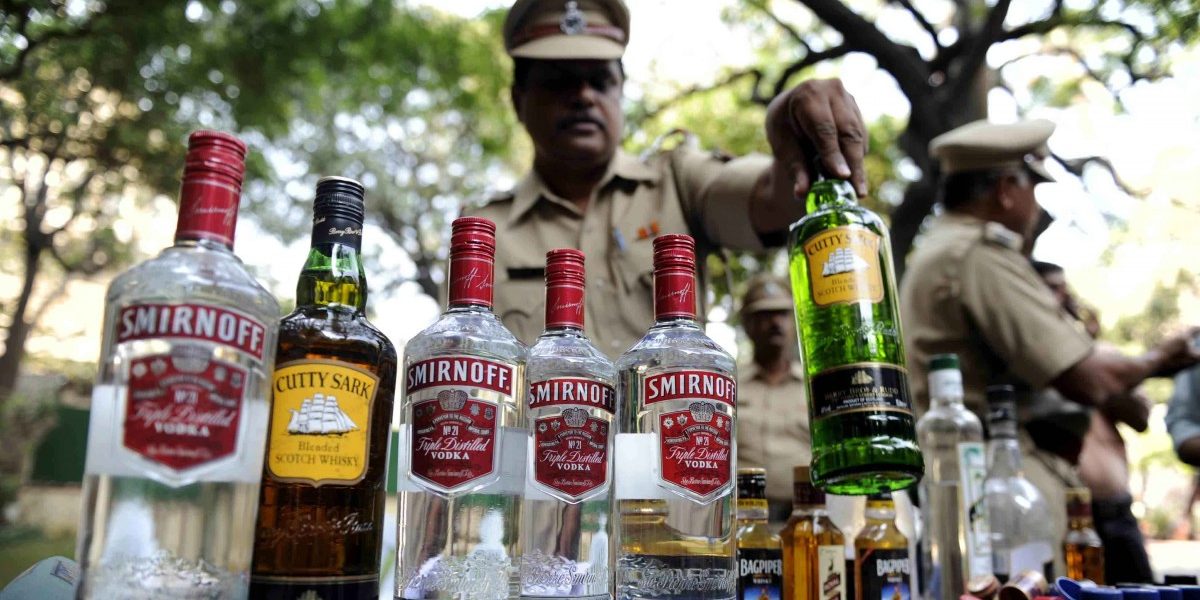 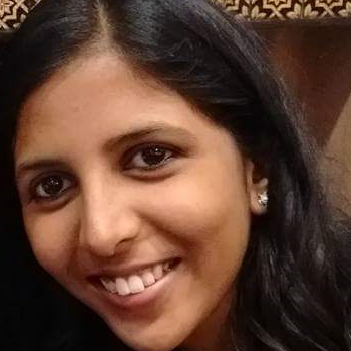 This is part one of a two-part series on illegal liquor trade.

Patna: In mid-February, a 70-year-old rickshaw puller, Ramji Prasad, stood at a chai shop, describing the route his liquor suppliers take from Uttar Pradesh into his ‘dry state’, Bihar.

“These bootleggers are making a hell of a lot of money, selling a Rs 500 bottle at Rs 1,500,” he told the other chai-drinkers. “But some of them take huge risks. They buy liquor in Palwa, UP, then return to Arrah via Koilwar Bridge where the chances of getting caught are the least.”

According to Prasad, a few who smuggle liquor from Ballia to Arrah also take the water route. One this route, there are more middlemen involved.

“After crossing Manjhi Ghat, the suppliers reach Chhapra with liquor bottles bought from Ballia. At Ganga Ghat in Chhapra, local boys either load the bottles on boats or tie them around their waists and swim to Barahra.”

Three years since the ban on alcohol in Bihar– including on the storage, sale, import, export and manufacture of liquor – ways to bypass the law have proliferated, and a parallel illegal business is thriving in the ‘dry’ state.

The river-route is generally used to smuggle small consignments of alcohol into the state. Royal Stag and Blenders Pride are reportedly popular.

Apart from the capital city Patna, the cities of Muzaffarpur, Gaya, Bhagalpur and Chhapra are the main urban centres of this illegal trade in Bihar.

“There is no debate about the rise in the parallel business of illegally sold liquor,” said Amitabh Das, a retired inspector general of police. “Corrupt police officers have started accepting bribes from bootleggers to allow liquor sale and transportation.”

The nexus between bootleggers, buyers and police has created an illegal liquor market that is lucrative and growing.

This is not to say that the Bihar Prohibition and Excise Act, 2016, has failed to have any impact. Street brawls and domestic violence driven by alcohol consumption have reduced. At the same time, Das explained, “Illegal sale means easy money. Drinkers will pay high prices, so young people from low-income groups are drawn into the smuggling rackets, at great risk.”

Akash Deep, a 28-year-old alumnus of Jamia Milia Islamia, said he knows of at least 15 such boys from his town of Arrah.

“These are mostly unemployed young men who built links with goons who convince them there is a hefty commission. They have their whole career in front of them and they are instead falling into such activities,” said Deep, blaming the “corrupt Bihar police.”

Also read: In Nitish Kumar’s Bihar, Rodents Are Blamed for Every Act of Corruption

Patna-based Anand Kumar shared an account of his barber selling alcohol to two customers while cutting his hair. It was in broad daylight in the posh Boring Road.

“The owner of the salon called customers over the phone, and sold them whiskey bottles at double the price,” said the 35-year-old. “I was shocked seeing all this happening within one haircut session. Personally, I was scared of getting trapped in a false case because of the barber. I nearly left half-way through my haircut.”

“It was the night after a rally. I was with pandal decorators removing a tent, and two drunks outsiders came by. When I scolded them for roaming around drunk, they got confused and asked if I wanted liquor. They offered their contacts and said they can supply me near Digha Railway Bridge on demand.”

Many suppliers seem to have used the trade to escape poverty. 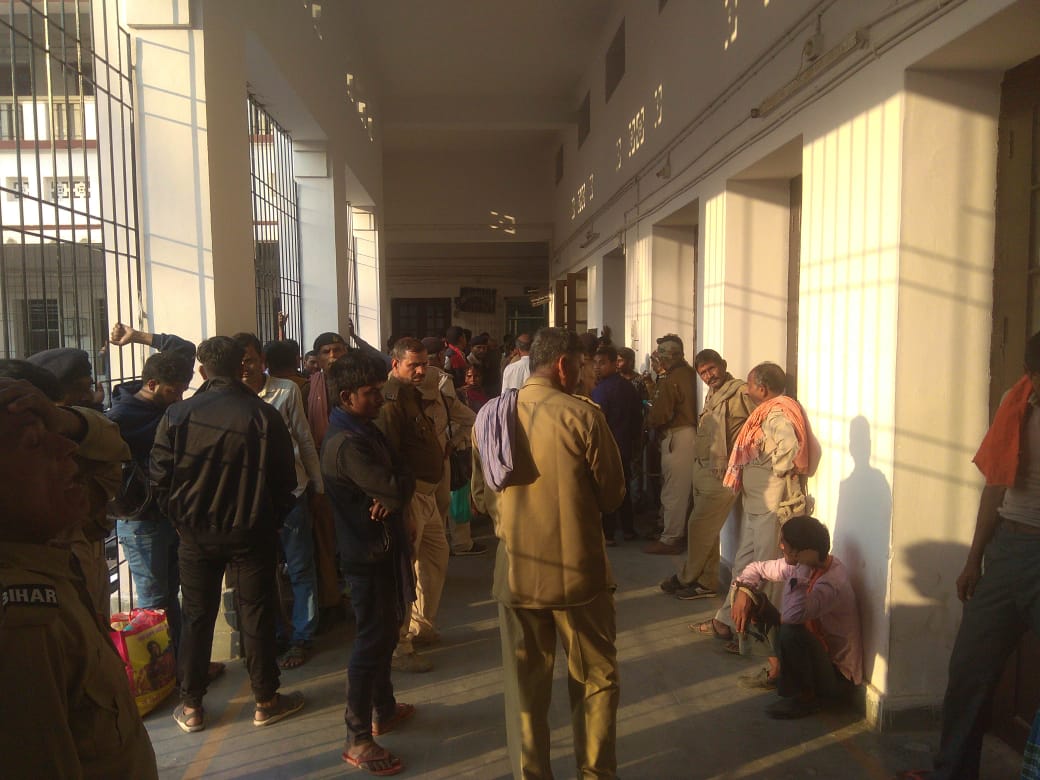 Violators of the alcohol prohibition law accompanied by police personnel outside the Excise Court in Patna. Credit: Deobrat Rai

Advocate Basant Chaudhry spoke of his hometown, Dalsingh Sarai in Samastipur. “I know of this destitute family in Dalsingh Sarai, whose head is a Class 4 employee. Once, in 2018, I saw they had bought bikes and some expensive items. I found that they have been involved in the illegal liquor trade,” Chaudhry said.

Many of these young men live in colonies surrounding the Arrah station – Nevada, Meerganj and Majhaunga. Their dealings are carried at addas, which could be a home, office or chai shop. “Some will supply a big consignment of liquor to extract a massive commission to fund a start-up. Then they leave the illegal trade,” said Brijesh Kumar, a UPSC aspirant from Arrah.

As with food, home delivery is the latest fad with liquor, across social classes, even in the dry state.

Beena, a domestic worker, shared that her father was arrested twice for violating the prohibition law but was bailed out both times. His alcoholism continues and he gets a certain supply home-delivered to his room in the Mandiri slum in central Patna.

“You can access this facility if you have good contacts,” she said. “The contacts of these home delivery-wallas are circulated within a close-knit circle of drunks and bootleggers. People believe that by getting liquor home-delivered, they are at the least risk of getting arrested. I’m not convinced.”

Liquor is equally easily delivered at the homes of VIPs and bureaucrats in Patna, confirmed political analyst Satya Narayan Madan.

Consignments of liquor and narcotics are indeed being apprehended at state and district borders in Bihar. The confiscations are estimated to be around one-tenth of what illegally enters the state (according to advocates Saurabh Bhanu and Pulkit Prakash).

According to Sriji Kumar, who claims his nephew is involved in liquor trafficking, the jibe among Bhagalpur liquor dealers is: “Liquor prohibition only means that one of our three trucks now get confiscated.”

Satya Narayan Madan confirmed: “It’s a common strategy corrupt cops use to facilitate the passage of liquor consignments. They seize one truck and let off others so that they are not suspected of facilitating the crime. The suppliers still make their profit.”

A police inspector in Patna said, on condition of anonymity, that in Muzaffarpur, liquor is dispatched in abundance by a large supplier Jagannath Rai. “It is because particular police officers are hand in glove with the likes of Rai that alcohol supply by the truck-load is possible in Muzaffarpur,” the inspector said. “Bootleggers and smugglers in Gopalgunj transport liquor mostly in cars.”

The Patna police inspector added, “The situation is worse in the villages. Though the illegal sale is under check and seizures are frequent in the cities, in villages, the prohibition law is being mocked. There are villages where bootleggers are so powerful that people fear for their lives when reporting them.”