The Puducherry Lieutenant Governor's abrupt termination by the president revives the debate about the Centre’s powers. 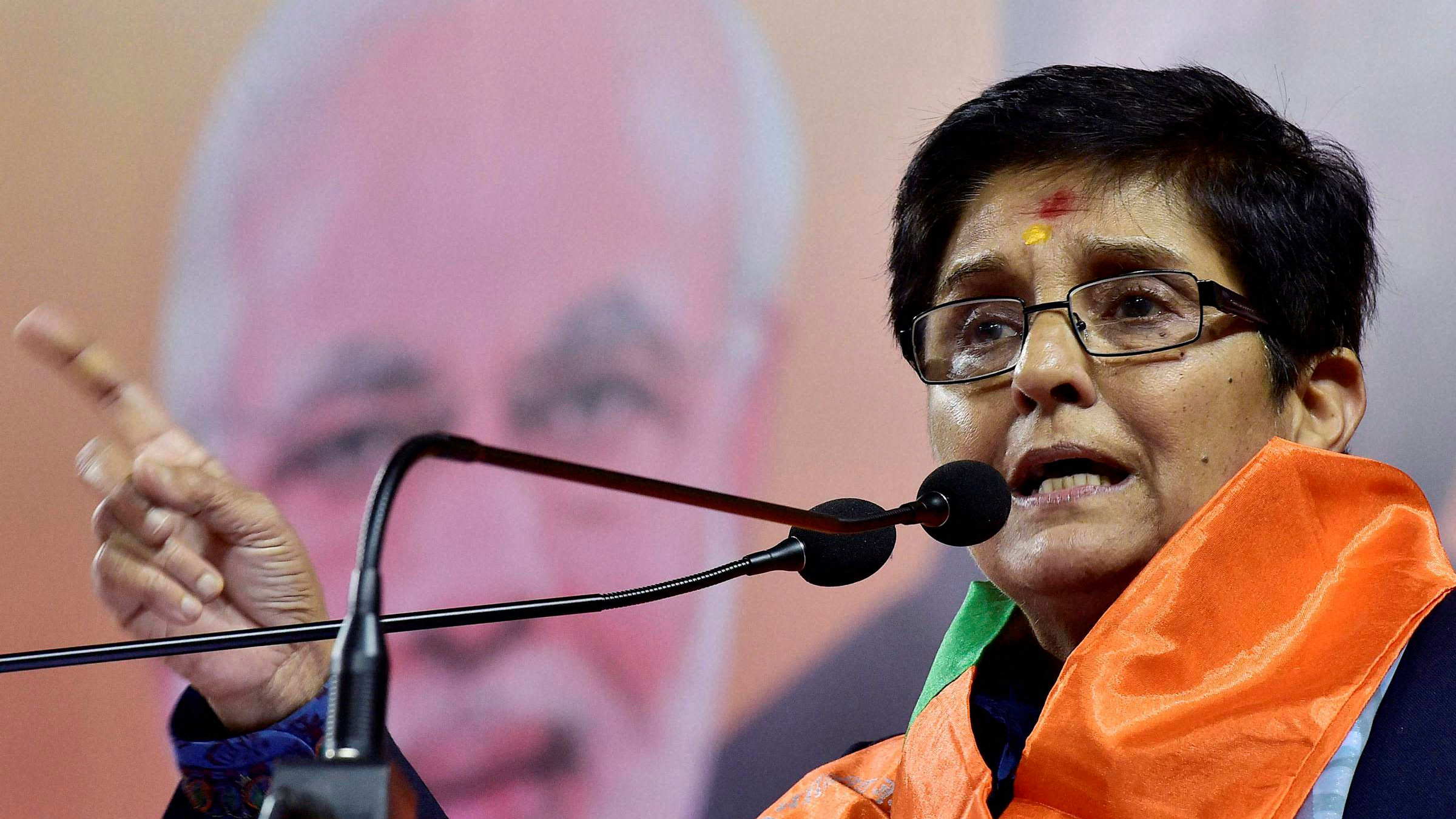 President Ram Nath Kovind’s order on Tuesday that Kiran Bedi ceases to hold the office of the Lieutenant-Governor (LG) of Puducherry meant that he had withdrawn his pleasure under Article 156(1). The president’s order is silent on whether Bedi can continue in office till her named successor, the Telangana governor Tamilisai Soundararajan, assumes her new role. But what it makes clear is that Soundararajan will continue to hold additional charge of the Union Territory of Puducherry until regular arrangements for the office of the LG are made.

The implications of the president’s unusual order should not go unnoticed. Only a few governors have been removed from office under Article 156(1) to date. The Narendra Modi government has not extended the courtesy which it had otherwise extended to the governors appointed by the previous ruling dispensation, by first asking them to resign, to its own nominee. The Modi government set the precedent when it removed the Arunachal Pradesh governor, Jyoti Prasad Rajkhowa – its own nominee – from office on September 12, 2016.  Governors who were removed earlier had been appointed by previous governments.

This has grave implications for India’s federalism. Abrupt removal of a governor creates a constitutional vacuum which can be filled only when the successor appointed by the president assumes her new duties.

In B.P.Singhal v Union of India, the Supreme Court held that the president, in effect the Central government, has the power to remove a governor at any time without giving him or her any reason, and without granting an opportunity to be heard. However, the court made it clear that this power cannot be exercised in an arbitrary, capricious or unreasonable manner. The power of removing governors should only be exercised in rare and exceptional circumstances for valid and compelling reasons.

Absence of valid and compelling reason

Was there a valid and compelling reason to remove Bedi as the LG of Puducherry? No doubt, the Puducherry chief minister V. Narayanasamy has been seeking Bedi’s removal from office in view of serious differences between him and her. Is the Centre suggesting that the chief minister’s demand is a “valid and compelling” reason? If so, the president should make his order a “speaking order” rather than leaving things to be inferred by the general public.

In B.P.Singhal, the Supreme Court had clarified that the mere reason that a governor is at variance with the policies and ideologies of the Central government, or that the latter has lost confidence in him or her is not sufficient to remove a governor. If challenged, the court can require the Central government to produce the materials on the basis of which the decision was made in order to verify the presence of compelling reasons, the constitution bench had held in that case.

The Sarkaria Commission (1988) recommended that governors must not be removed before completing their five-year tenure, except in rare and compelling circumstances. This was meant to provide governors with a measure of security of tenure, so that they could carry out their duties without fear or favour. If such rare and compelling circumstances did exist, the commission said that the procedure of removal must allow the governors an opportunity to explain their conduct, and the Central government must give fair consideration to such an explanation. It was further recommended that the governors should be informed of the grounds of their removal.

The Commission noted in its report:

“The intention of the constitution makers in prescribing a five-year term for this office appears to be that the president’s pleasure on which the governor’s tenure is dependent, will not be withdrawn without cause shown. Any other inference would render clause (3) of Article 156 largely otiose.”

The commission found it desirable that the president (which, in effect, means the Union council of ministers) should get the explanation, if any, submitted by the governor against his or her proposed removal from office, examined by an advisory group consisting of the vice-president and the speaker of the Lok Sabha or a retired chief justice of India. After receiving the recommendations of this group, the president may pass such orders in the case as he may deem fit, the commission had recommended. The commission also wanted the Centre to lay a statement before both houses of parliament explaining the circumstances leading to the ending of a governor’s tenure. This procedure, the commission noted, would strengthen the control of parliament and the Union executive’s accountability to it.

The National Commission to Review the Working of the Constitution (2002) recommended the deletion of the provision that the governor holds office “during the pleasure of the president”, and sought to make the term of office of the governor, viz., five years, a fixed tenure. The NCRWC also recommended the inclusion of a constitutional provision to enable impeachment of the governor by the state legislature on the same lines as the impeachment of the president by parliament. It also recommended that if a governor has to be removed before the completion of their term, the Central government should do so only after consultation with the chief minister.

The Punchhi Commission (2010) also suggested that the phrase “during the pleasure of the president” should be deleted because a governor should not be removed at the will of the Central government; instead, he or she should be removed only by a resolution of the state legislature.

In B.P.Singhal, the constitution bench made it clear that the intention of the founding fathers was to adopt the route of Doctrine of Pleasure, instead of impeachment or enquiry, with regard to the removal of governors. It was assumed, the bench clarified, that withdrawal of pleasure resulting in the removal of the governor will be on valid grounds but there was no need to enumerate them in the Article. The bench, however, added that the governors know that when they accept their office, they will be holding it during the pleasure of the president, and therefore, the plea that they will be demoralised or be in constant fear of removal is not convincing, as only such persons are chosen as governors on account of their stature, maturity and experience.

The bench noted that physical and mental incapacity, corruption and behaviour unbecoming of a governor are valid grounds for removal. But it added that what else can constitute valid reasons would depend upon the facts and circumstances of each case. Having regard to the nature of functions of the governor in maintaining Centre-state relations, and the flexibility available to the government in such matters, it is needless to say that there will be no interference unless a very strong case is made out, the bench held.

In essence, the governor occupies the same constitutional position as the president at the Central level, the Supreme Court noted in Ram Jawaya Kapoor v State of Punjab (1955). During times of instability – as is witnessed in Puducherry following the resignation of a few Congress MLAs, reducing the Narayanasamy government to a minority in the assembly – the role of the governor assumes importance, as the Centre invariably relies on her inputs to decide whether there has been a failure of constitutional machinery, warranting Central intervention. The removal of Bedi as the LG of Puducherry – though a nominee of the current dispensation at the Centre – is likely to fuel speculation about its intentions, in the absence of a speaking order from the president.