Karnataka HC Should Not Have Gone Into Essential Religious Practice Test: SC on Hijab Ban

Justice Sudhanshu Dhulia also observed that the high court relied on a term paper of a student in the judgment. 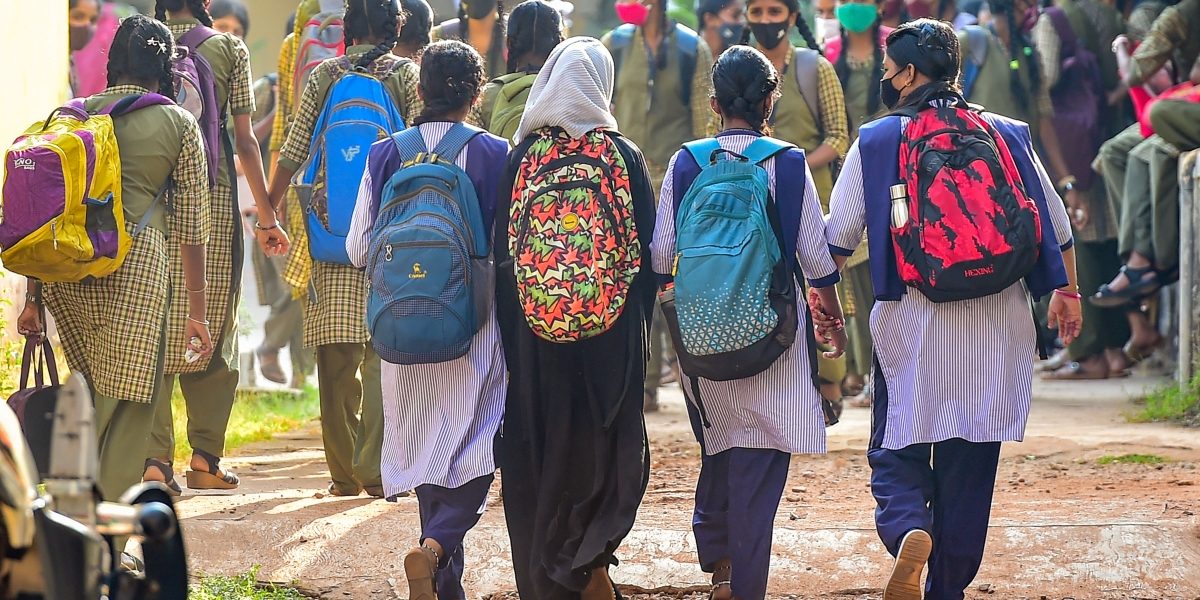 New Delhi: Supreme Court Justice Sudhanshu Dhulia, hearing the challenge against the hijab ban, orally remarked on Tuesday that the Karnataka high court should not have gone into the question of essential religious practice.

Solicitor general Tushar Mehta, appearing for Karnataka, agreed that the high court could have avoided going into the essential religious practice issue but said that the petitioners had argued before the court that hijab was an essential practice in Islam.

A bench comprising Justices Hemant Gupta and Sudhanshu Dhulia is hearing a batch of appeals challenging the HC order upholding the ban on hijab and other religious attire in government educational institutions.

According to LiveLaw, SG Mehta submitted that the mention of hijab in the Quran will not make the practice essential.

“They have to show it is so compelling. We have figures, who have not been excommunicated for not following. It can be a permissible practice or at best an ideal practice but not an essential practice,” he said, according to the report.

SG Mehta also insisted that the agitation in support of wearing hijab in educational institutions was not a “spontaneous act” by a few individuals but a “campaign” started by the Popular Front of India (PFI) on social media to create an agitation based on “religious feelings of the people”.

The organisation has rejected these allegations.

Referring to the state government’s February 5, 2022 order, Mehta asserted it will not be correct to say it prohibits wearing only hijab and therefore targets one religion. “There was one more dimension which nobody has brought to your lordships’ notice. I would not be exaggerating if I say that if the government would not have acted the way it did, the government would have been guilty of dereliction of constitutional duty,” he said.

Mehta said the state had directed educational institutions and not the students about uniform.

“You are saying that your emphasis was only on uniform?” the bench asked.

“Yes. We did not touch upon any aspect of religion,” responded Mehta.

During the arguments, which will continue on Wednesday, Mehta also dealt with the issue of hijab being an essential religious practice in Islam.

He asked how could hijab be an essential practice when people in the country where the religion was born do not essentially follow it. “As a matter of fact, where nations or countries are Islamic countries, women are not wearing hijab. They are fighting against hijab,” Mehta argued.

During the hearing, senior advocate Dushyant Dave, appearing for some of the petitioners, wanted to know why the state government came out with such a prohibition 75 years after Independence.

“What was the need? There is nothing brought on record to show that the circular was supported by any just reason or any justification. It came like a bolt from the blue,” he said.

“So, suddenly you decide that you will have this kind of a ban. Why I say so series of action in Karnataka targeted minority community in last few years,” Dave contended.

Several pleas have been filed in the top court against the March 15 verdict of the high court holding that wearing a hijab is not a part of the essential religious practice which can be protected under Article 25 of the Constitution.