'The Supreme Court has stepped into the political arena and put itself in a corner handling the farm laws, I'm deeply disappointed by its functioning,' top lawyer Dushyant Dave tells Karan Thapar. 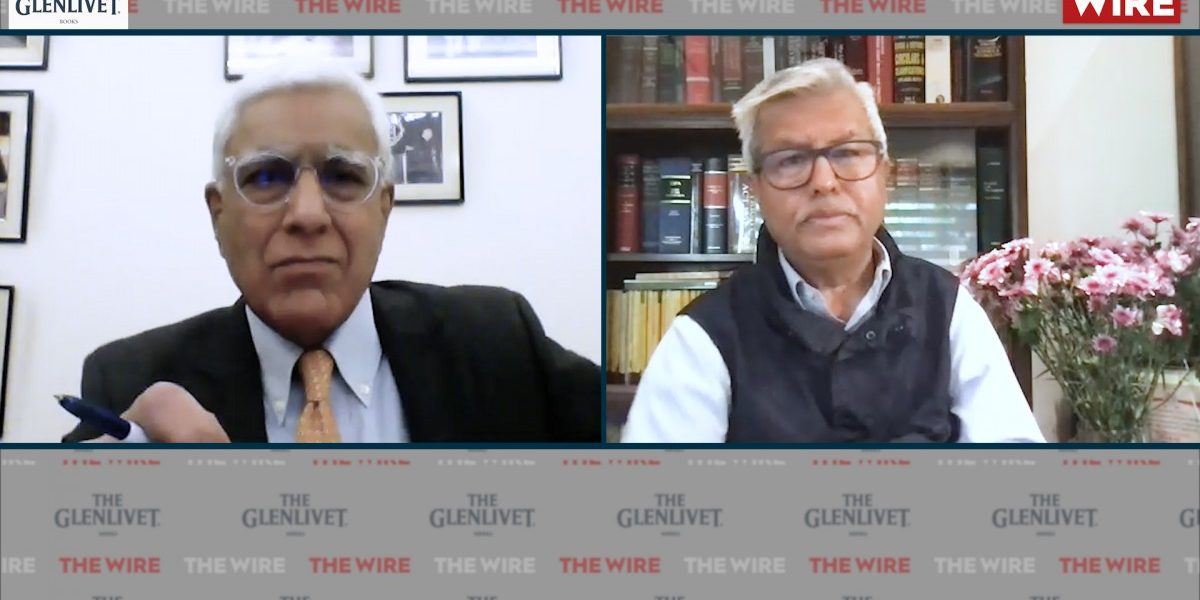 Dushyant Dave, who is also one of the three lawyers assisting the farmers groups, said that by seeking to arbitrate between the farmers and the government the Supreme Court has “stepped into the political arena”. He said it’s surprising judges should have made up their mind to do so without hearing anyone.

In a 38-minute interview to Karan Thapar for The Wire, Dave accepted that by attempting to arbitrate between the farmers and the government the Supreme Court appears to have overreached and intruded into the domain of the executive.

In The Wire interview Dave also said that the distinction the Supreme Court has drawn between staying laws and staying their implementation is “hair-splitting”. He said “there’s very little distinction” and added “there is no difference between the two”.

Dushyant Dave also pointed out that since there was no prayer in front of the Supreme Court for a stay, the granting of a stay should not have arisen at all. He said the Supreme Court has “done something that is not normal”.

Speaking about the committee of four appointed by the Supreme Court to examine the laws and advise the court, Dushyant Dave told The Wire “the constitution of this committee is an unwarranted exercise”.

Also read: To Resolve Impasse on Farm Laws, SC Has Formed a Panel of 4 of its Ardent Supporters

Dave agreed that the four members of this committee, who are all agricultural experts of one sort or another, means the committee can only advise the Supreme Court on the merits of the farm laws but that is an area where the Supreme Court is not entitled to go. That is a policy area and the domain of the executive. The Supreme Court must restrict itself to issues to do with the constitutionality of the law and not its merits.

In this context, Dushyant Dave said “the Supreme Court has put itself in a corner”. What will it do if the committee recommends changes and amendments to the laws which the government refuses to accept? All it can do is plead with and beseech the government, he said, answering his question.

Dave said “the Supreme Court’s intervention is difficult to understand”. He said “it raises more questions than it answers”.

In the interview, Dave also spoke about the disturbing relationship between the Supreme Court and the government that has emerged during the tenure of the last two or three chief justices.

He said “an unheard of proximity” seems to have been established between chief justices and several top judges and the government.

In particular, he spoke about the present Chief Justice, Sharad Arvind Bobde, and his predecessor, Ranjan Gogoi, and the sort of relationship they’ve had with the Prime Minister.

In this context, Dushyant Dave said he is “deeply disappointed at the functioning of the Supreme Court”.

Finally, Dave clarified that on Monday, January 11, he did not give an assurance to the Supreme Court that the farmers would not carry out a tractor-trolley parade on January 26. Instead he expressed his personal belief that farmers, who are loyal citizens and whose sons serve in the armed forces, would not disrupt and disturb the Republic Day parade. However, he said they have every right to carry out an alternate parade at a different location.