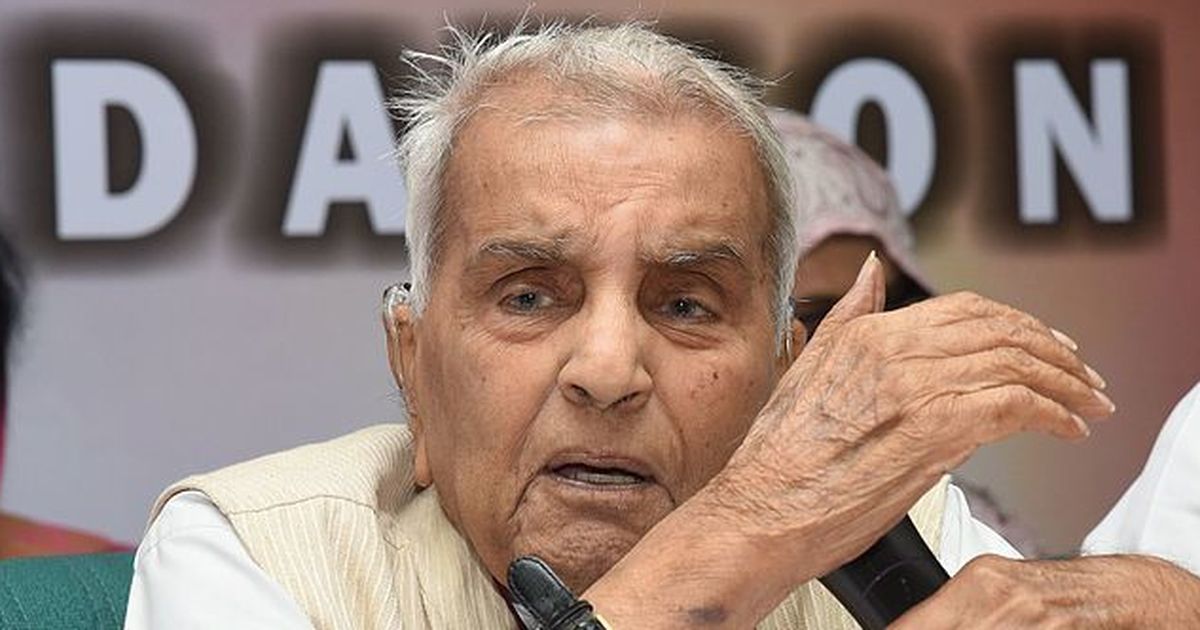 India will miss Justice Rajinder Sachar. He was a person who spoke his mind on issues that were and are still integral to the idea of India.

I came to know about Justice Sachar on December 6, 2006, when I joined the Ministry of Minority Affairs under the Central government. On my joining the ministry, I was handed the report of a high-level committee on the social, economic and educational status of the Muslim community in India. My job was to cull out the report’s recommendations. The report, since, has popularly come to be known as the ‘Sachar report’, taking after Justice Sachar, who was the committee’s chairperson. This landmark report brought to fore the economic and educational backwardness of the largest minority community in India.

The report bears the well-defined imprint of the thoughts of Justice Sachar, and his approach in dealing with the Muslim question. One of the primary concepts defining the report is encapsulated in the following statement: “In any country, the faith and confidence of the minorities in the functioning of the State in an impartial manner is an acid test of its being a just State.”

The last time I met Justice Sachar was at a function organised by the Institute of Objective Studies at the Jamia Millia Islamia. It was in the month of January, in 2015. He was at the function to release a research report titled ‘Access to Urban Basic Services in the Muslim Localities of Delhi’.

Justice Sachar was not pleased that the committee’s recommendation on an Equal Opportunity Commission (EOC) had still not been implemented. I told him that we, in the ministry, had done our bit and submitted a draft cabinet note in 2008. The need for an EOC has been succinctly summarised in the following ideas:

“Equality is a foundational value of our Republic. This is secured by the Constitution through Fundamental Rights and Directive Principles of State Policy and is widely shared in public life. Yet stark inequalities mark our social reality for the present generation and prospects of the future generations. Worse, these inequalities often coincide with boundaries of social groups and communities making inter-group inequalities more visible than before. Hence there is a need to address inequalities and supplement the existing policies of reservations by fine tuning the definition of the beneficiaries, expanding the range of modalities and evolving a forward looking and integral approach to affirmative action.”

The Sachar committee’s recommendation for setting up an EOC for citizens was truly unique in its effort to address the range of inequalities affecting the lives of Muslims. Justice Sachar stressed that equality of opportunity may or may not lead to equality of outcomes. But the concept in itself suggests the need for a level playing field and fair competition which some participants will successfully get through, even if some others do not.

Equality of opportunity, in principle, is compatible with inequality of outcomes, in offering an equal chance to be unequal. Lessons from the functioning of the EOC and other similar organisations in other countries demonstrate the utility of having such an institution in place. Especially if such an institution is tailored to the specific socio-economic, judicial and institutional context of the country in which it functions.

During his long and diverse career, Justice Sachar had earned the reputation of being a staunch champion of human rights. He took a stand and spoke out against innumerable cases of human right violations.

Human rights activist and former journalist John Dayal who knew Justice Sachar well had this to say on my request to share his thoughts about the rights activist:

“For most of us whose call are in civil society or call ourselves human rights activists, Rajinder Sachar was a mentor, a pathfinder and a technical expert whose grasp of the forensic law and social processes helped bring a grip on developments that put a stress on democracy and secularism. He held both very dear, having seen the Partition at close quarters.”

Dayal observed that though most of India remembers him for the eponymous Sachar report – he must be the most recognisable name in the community after Maulana Azad and Jawaharlal Nehru – “Justice Sachar’s forte was challenging the threat to democratic processes. He showed the way in the emergency.  As he showed the way often as a leading counsel of the People’s Union for Civil Rights in scores of enquiries, people’s tribunals and field studies.” Dayal said that he had known Sachar since the days of Emergency. “I remember his possibly last act of kindness to me- a set of photocopies he got made form his collection of the works of Vivekananda in which the great sage had denounced narrow mindedness and communalism. I salute the memory of a giant, brave beyond his short, slim sherwani clad persona who shunned the limelight. ”

Justice Sachar was worried about the declining standards of public discourse. He believed that political discourse and debate must take place within a framework of basic decorum and decency.  There could be banter and competitive digs by rival political parties challenging each other. But the political class must steer clear of the temptation of levelling fake charges at each other. To substantiate his argument, Justice Sachar often mentioned this incident of banter between British politicians William Gladstone and Benjamin Disraeli. Both politicians of great skills, Disraeli once said of his rival, “If Gladstone fell in the Thames, that would be a misfortune. But if someone fished him out again, that would be a calamity.”

Justice Sachar would also cite examples of the uneven relationship between Nehru and Ram Manohar Lohia. It’s well known that after coming back from Germany, Lohia worked in the central Congress office alongside Nehru, who was then president of the Congress party. Lohia was Nehru’s most bitter opponent at the time the Socialist Party quit Congress in 1946. But their personal relations never changed. When Lohia was arrested in 1949 for being part of a protest, Nehru sent him a basket of mangoes in  jail. The gesture so annoyed Sardar Patel that he wrote to Nehru that while the government had arrested Lohia, Nehru was sending him mangoes. Nehru politely reminded Patel that politicians should not mix personal relations with politics.

Prominent among the judges who were critical of the Emergency, Justice Sachar called the dictatorial censorship a “permanent scar on the soul of India,” adding that “the highest judiciary’s role in the perpetuation of the emergency  remains a blot”. As punishment for his defiance, he was transferred from Sikkim to Rajasthan.

Justice Sachar was clear about the role of judiciary in a democracy. In one of his articles, he wrote:

A firm adherent of the principles that he believed in, Justice Sachar was acutely aware that it is only at our own peril that we abandon the core constitutional values of liberty, equality, fraternity, secularism, rule of law and justice. The very embodiment of what we imagine the rule of law to be, Justice Sachar was the perfect combination of intellect, integrity, humanity and humility.

Ashish Joshi is a civil servant. He was the nodal officer for implementation of the recommendations of Sachar Committee report and PM’s New 15 Point Programme for welfare of the Minorities,Ministry of Minority Affairs {2006-2011}. Views are personal.