Justice Chelameswar says the practice of not keeping records of collegium meetings hurts the judiciary's credibility and its relations with the executive. 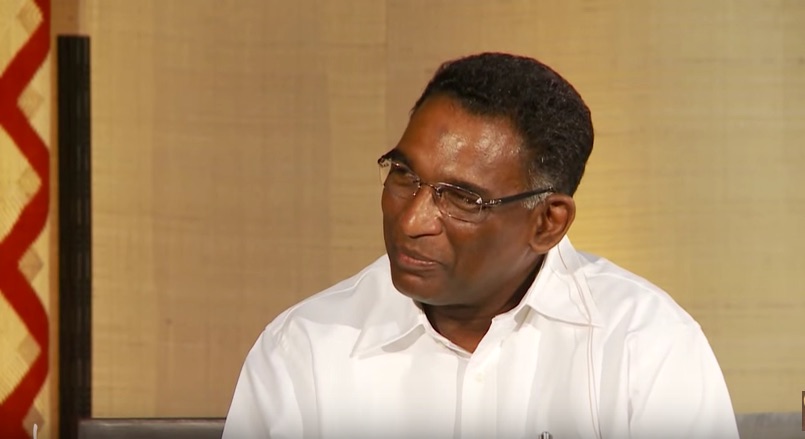 New Delhi: Justice Jasti Chelameswar’s decision to make public his problems with the collegium – the Supreme Court group that meets to recommend appointments and transfers of judges – shows that he is prepared for a long internal fight.

Having observed the dynamics of the collegium from the outside for the past five years and then as an insider for the last eight months, Chelameswar is likely to take steps, albeit cautious ones, to make the collegium’s functioning more transparent, according to sources.

Initially, Chelameswar decided that he would not release his four-page letter to T.S. Thakur, Chief Justice of India (CJI), to the media since he wanted to avoid aggravating the differences between him and the rest of the collegium and also did not want to sideline the main issue at hand – institutional reform. However, he decided to share his concerns publicly in order to ensure proper public appreciation for the issues he has raised.

First on the list of issues is that the collegium, the body responsible for recommending judges for appointments and transfers in the higher judiciary –  has never maintained a record of the minutes of its meetings. Since the collegium was constituted, it has functioned without any record of what the five-member collegium’s individual members have said during their deliberations.

Chelameswar has pointed out that the lack of record means that the CJI can present the collegium’s opinions to the government as unanimous decisions and deny the existence of any dissent within the body without any proof to show otherwise.

This lack of record strikes at the root of the Supreme Court’s nine-judge bench’s ruling in the Second Judges case in 1993, which created the collegium. The collegium, then comprising three of the senior-most judges of the Supreme Court including the CJI, was created, in order to make the president’s consultation with the CJI, as envisaged under Article 124, broad-based. Another bench increased the size of this collegium to five judges in the Third Judges case in 1998.

As an insider in the collegium, Chelameswar is not referring to a hypothetical possibility. Although he is currently reluctant to share the details of such aberrations, sources insist that Chelameswar has made these comments keeping in mind incidents from the recent past that he believes marred the collective functioning of the collegium. His observations also raise the question of whether Thakur ever inadvertently denied dissenting opinions within the collegium while communicating with the government. The Supreme Court, in its advisory opinion to the president, in the Third Judges case, on October 28, 1998, held as follows:

“Necessarily, the opinion of all members of the collegium in respect of each recommendation should be in writing. The ascertainment of the views of the senior-most Supreme Court judges who hail from the high courts from where the persons to be recommended come must also be in writing. These must be conveyed by the CJI to the Government of India along with the recommendation. The other views that the CJI or the other members of the collegium may elicit, particularly if they are from non-judges, need not be in writing, but it seems to us advisable that he who elicits the opinion should make a memorandum thereof, and the substance thereof, in general terms, should be conveyed to the Government of India.”

It is clear that in this case the court held it mandatory for the collegium to maintain a record of its proceedings, which should include the collegium members’ reasons for recommending or rejecting candidates considered by them.

Read together, the judgments in the Second Judges and Third Judges cases require that if even two judges in the collegium express strong and well-reasoned views against the appointment of a particular person, the CJI will not press for such an appointment. In such a case, the recommendation is simply not sent to the government.

What happens when a member disagrees?

Chelameswar’s dissent in the collegium raises the question of the consequences of one member disagreeing. The majority judgment in the Second Judges case contemplates the non-appointment of a person recommended on the ground of unsuitability. It says that such a non-appointment “must be for good reasons, disclosed to the CJI to enable him to reconsider and withdraw his recommendation on those considerations.”

Paragraph 26 of the judgment in the Third Judges case makes it clear that an appointment can only be made if it is unanimously reiterated.

Therefore, if the collegium does not keep a record of its proceedings, how will the government know whether the original recommendation, or its reiteration when asked to reconsider, is a unanimous one? It has to necessarily rely on the word of the CJI. But if his word were to be contested by other collegium members, then complying with the CJI’s version would become problematic for the government.

One such negative consequence of not keeping records came to light recently. In March this year, the Supreme Court bench comprising justices Ranjan Gogoi, Arun Mishra and Prafulla C. Pant dismissed a challenge by Lalit Kumar Mishra, former additional judge of the Orissa high court. Mishra had challenged his non-appointment as a permanent judge of the high court despite the Supreme Court collegium recommending his name to the government. The court declined Mishra’s plea on the ground that there were no records of the proceedings of the Supreme Court collegium, and therefore, his request for access to records of meetings held in connection with recalling his recommendation could not be granted.

Mishra had contended that there was nothing in writing to suggest that the Supreme Court collegium reconsidered its recommendation to make him a permanent judge of the high court.

On August 17, a three-judge bench of the Supreme Court, comprising justices Ranjan Gogoi, Prafulla C. Pant, and A.M. Khanwilkar, referred the question of whether an applicant could seek details of the meetings of the collegium under the RTI Act, to a five-judge constitution bench.

​According to observers, Chelameswar’s dissent in the constitution bench judgment in the NJAC case last year and the current stand-off between the collegium and the government on revising the Memorandum of Procedure​ in light of transparency and other principles, should not detract from the substance of his current concerns on the absence of record-keeping – which lies at the root of the current crisis.