It seems like Indian courts have forgotten that democracy is meant not only for those in power, but also for dissidents. 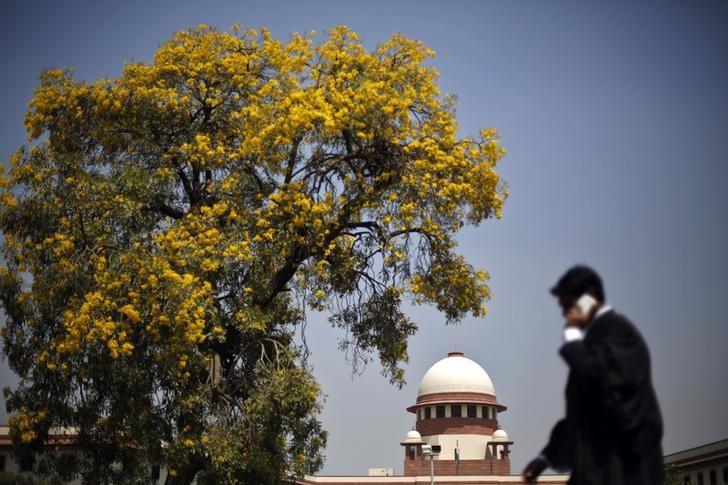 The Indian judiciary is entering a new realm of intruding in individual lives and reducing critical rights issues to a mere binary debate: national or anti-national. Credit: Reuters

On January 27, US President Donald Trump signed an executive order restricting the entry into the US of nationals of seven foreign countries as a means of “protecting the nation from foreign terrorist entry,” primarily on national security grounds. The Federal Court immediately passed a stay order temporarily freezing the executive order, which was upheld by the Court of Appeals.

This incident has led many commentators to reaffirm that in a constitutional democracy, whenever the government purports to act against individual freedom, the courts step in to restore it. Further, it has once again provoked the discussion on balancing the obvious conflict between national security and individual rights, and how far judicial review must prevail in this conflict.

There are two streams of thought here: one that argues that the executive should be trusted with making the right decisions in this act of balance. This is mostly grounded on the principle of democratic legitimacy – that the government has been essentially elected by the people and has their mandate. The opposing view, however, hesitates to extend this hands-free approach to the executive and proposes that governmental actions, especially under the guise of national security, must be subject to judicial intervention.

There is a predominant reason why judicial review of governmental action is desirable. The executive government is strongly influenced by its inherent political bias. The most important consideration for the executive is its political survival. In critical times, the government most often overreacts to potential security threats, to the extent that individual liberty is often compromised. Michael Ignatieff makes a significant point in this regard. He notes that “the political costs of under reaction are always going to be higher than the costs of overreaction… Since no one can know in advance what strategy is best calibrated to deter an attack, the political leader who hits hard – with security roundups and preventive detentions – is making a safer bet, in relation to his own political future, than one who adopts the precautionary strategy of ‘first do no harm.’ ”

A popular executive might not show serious hesitation in torturing a terrorist suspect. The only institution that will be concerned with the legal impermissibility of torture is the judiciary. That is a forum where arguments on the legality of torture would come into play. The court is concerned about constitutional morality, not popular morality. This is because a government aimed at hollow public approval might consider individual rights to be only secondary. The government pacifies and patronises. The court, however, preserves liberty.

In this context, the first argument against judicial interference is the ‘specialist’ argument. The claim is that the government is specially empowered to react to sensitive situations. In the UK, for instance, courts have adopted this view, that the government has better expertise in matters related to national security.

The Prevention of Terrorist Act, 2005 authorises the UK government to invoke ‘control orders’ against individuals. Control orders are basically orders imposing severe restrictions on what facilities individuals can use and which places they can access. Suspected persons may be required to wear electronic tags to enable police monitoring and subject to strict home curfew for up to 16 hours a day. Such control orders were under challenge in Secretary of State for Home Department vs AF (2009). Lord Scott held, “…the government has a responsibility for the protection of the lives and well-being of those who live in this country and a duty to promote the enactment of such legislation as it considers necessary for that purpose. It is evident that the government regards the control order provisions contained in the 2005 Act as being necessary for that purpose. The duty of the courts, however, is rather different. It is not, directly at least, a duty to protect the lives of citizens. It is a duty to apply the law.”

This approach is particularly problematic insofar as it attempts to make a strict demarcation between the ‘political’ and the ‘legal.’ The task of constitutional adjudication by courts in the modern liberal state is very much political. This function is merely performed through the language of the law. The constitution is a political document that enlists the existing rights of individuals. All that the courts are bound to do is to vigorously protect them. They are, indeed, participants of the democratic discourse.

The second argument is based on a ‘one vs many’ approach. It states that in case of national security, where the larger public interest is at stake, a compromise in individual rights is acceptable. It is permissible to disfavour an individual if a large number of people benefit from such action. Critical circumstances will necessitate a change in approach to individual rights. A state under emergency threat is a ‘state of exception’, as Girgio Agamben calls it.

However, this argument reduces human rights concerns to a mere number game. It makes the dangerous concession that human rights can be forfeited and that constitutions can be neglected. A ‘state of exception’ must not be a state without law. The state of law, with its variations, is a constant. The change in political circumstances does not warrant overriding superior rights considerations. Aberration from individual rights is not legitimate at any stage. Human rights are universal, pre-existing and non-derogatable.

The domestic environment is not very rights-conducive either. A major interference of the Supreme Court in recent times in the realm of personal liberty was Shreya Singhal vs Union of India (2015) in which the Supreme Court struck down Section 66A of the Information Technology Act as unconstitutional. But even in Shreya Singhal, the individual was not confronting the state. It was a person vis-à-vis the conflict of sending offensive messages through electronic communication. The characteristic feature of cases involving national security is that the individual and the state are on adversarial margins. On such occasions, the judiciary maintains a manifest silence.

In fact, in Kanhaiya Kumar vs State of NCT Of Delhi (2016), the Delhi high court took the unconventional stand of examining the interlink between freedom of speech and national security in a bail application. Instead of a legal examination of the issue, the court went ahead to state, “While dealing with the bail application of the petitioner, it has to be kept in mind by all concerned that they are enjoying this freedom only because our borders are guarded by our armed and paramilitary forces.” Further, the court required Jawaharlal Nehru University student and then students’ union president Kumar to say that he will not undertake any “anti-national activity” and moreover, that “he will make all efforts within his power to control anti-national activities in the campus”.

The court not only laid down conditions of bail, but also demanded how the individual must lead his life on campus. Remarks of this nature from a constitutional court can be seriously disturbing. They tend to weaken the constitutionally-protected guarantees of right to life and liberty under Article 21 and the right to freedom of speech under Article 19 of the constitution. They also dilute the key moral principle of self-determination or, in the words of Joseph Raz, that “the autonomous person is…the author of his own life.”

There is an interesting contradiction in the emerging judicial approach in India. On the one hand, courts are increasingly sidestepping active adjudication on issues involving individual freedom, be it demonetisation or decriminalising homosexuality. On the other hand, they are entering a new realm of intruding in individual lives and reducing critical rights issues to a mere binary debate: national or anti-national.

Unbridled executive freedom might not always be able to pass the test of constitutional scrutiny. It is crucial to note that the understanding of democracy as pure will of the majority has undergone a radical change. The contemporary understanding of democracy is guided by constitutionalism, the idea that the actions of the state can only be in compliance with the prescribed constitutional limitations. Taking cue from the US courts, the Indian judiciary must appreciate that democracy is, after all, meant for its dissidents as well.

Thulasi Kaleeswaram Raj is a lawyer at the Kerala high court and an alumni of University College London.