The 'Social Terrorism' of Live-In Relationships, and Other Nuggets of Wisdom from Indian Judges

A look at some of the bizarre opinions Indian judges have expressed. 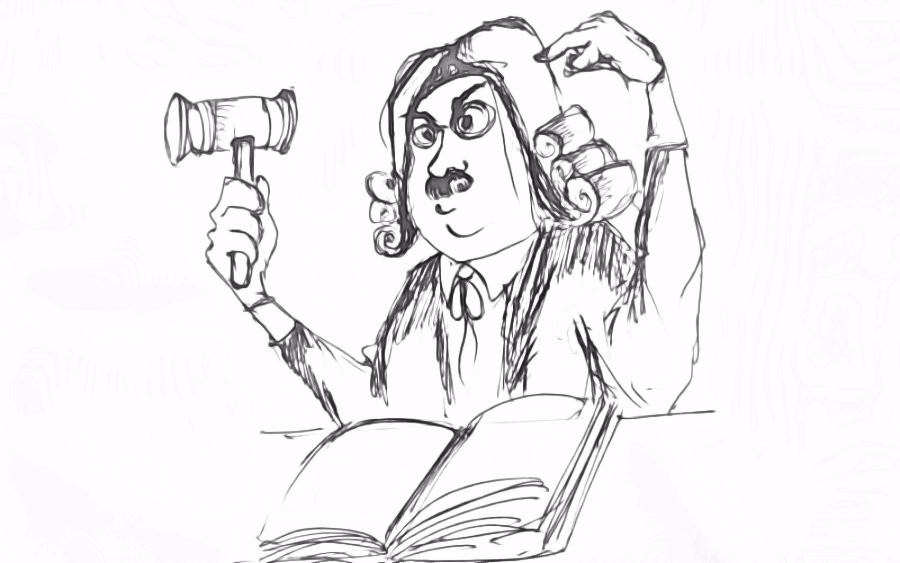 New Delhi: Justice Prakash Tatia, chairperson of the Rajasthan Human Rights Commission, made it to the headlines on Saturday after he said that live-in relationships are a form of “social terrorism”. According to a report in the Indian Express, he said that these relationships are more detrimental to women’s rights than triple talaq.

When asked to explain what “social terrorism” entailed, the judge told Indian Express, “The area where they (a couple) live-in…there is a sense of insecurity. A neighbour thinks, whether my daughter or son goes there (to the couple’s house). There is a sense of fear, which virtually creates terror…there may be fights. I am not saying the people who are fighting are right but it’s the reality.”

Before taking over as chairperson of the Rajasthan Human Rights Commission, Justice Tatia was chief justice of the Jharkhand high court. He has also been a judge at the Rajasthan high court.

“What is the foundation of live-in? If they have clarity that we will live together and there is continuity and they will be faithful, then what’s wrong with marriage? They need not follow any religious practice…there is court marriage, too,” he said. “But you don’t want to do all this…(leaving) doubts in everyone’s mind that one can leave anytime. If they marry, there is some social security…(but in live-in) there is every chance that after some time, one person leaves and it could ruin the future of the other, normally it’s the lady…there is no registration, no divorce.”

“The question is whether it’s a better alternative to marriage? What is the control of society…who will intervene when things go wrong?” the judge said.

This is not the first time an Indian judge has let his or her opinions – or even prejudices – get in the way of how they fulfill judicial duties. Here’s a look at some of the other bizarre opinions judges have expressed.

In a case that has made headlines for its perceived disrespect of a woman’s autonomy, the Supreme Court recently compared a woman, Hadiya, who converted to Islam of her own volition, according to her statement in court, to teenagers who took part in the Blue Whale Challenge and committed suicide. “Have you heard about the Blue Whale challenge? Such things can drive people to do anything,” Chief Justice J.S. Khehar told the woman’s lawyer. Both the Supreme Court and the Kerala high court have been criticised for their disregard for the woman’s own wants.

In May this year, Justice M.C. Sharma, on his last day as a judge in the Rajasthan high court, decided to announce that peacocks don’t have sex – they reproduce using tears. (They very much do have sex, in case you were wondering, and their tears don’t act as sperm.) The judge ruled that the cow should be made the national animal, and used this little (fictional) nugget to try and prove his point:

Nepal … it  is not related to whether it is secular or Hindu. Why we have declared the peacock as a national bird? Then you can say that this is a secular country. Peacock also has qualities, let me tell me you in more detail. The peacock is a lifelong celibate (aajeevan brahmachari). It does not have sex with the peahen. The peahen gives birth after it gets impregnated with the tears of the peacock. A peacock or a peahen is then born. That is why Lord Krishna used to adorn himself with peacock feathers. And this is why the saints use peacock feathers in temples – because of the peacock’s celibacy. In the same manner, the cow too has many qualities which I have earlier told you. There are so many qualities that I say, from my religious faith, my heart, that the cow should be declared the national animal.

The judgement nobody can understand

Didn’t understand that? Neither did the Supreme Court, which is why they set aside this Himachal Pradesh high court order. This particular example isn’t based on prejudices, but it does prove the point that judges do say some strange things. Here’s another gem from the same judgment:

For facilitating its consummation, though the learned executing Court stood enjoined to pronounce an appropriate order, contrarily it   by relegating the  impact   of  the aforesaid germane factum probandum comprised in the enforceable executable conclusive decree,  has  inaptly dismissed the  execution petition.

“…it is not possible to comprehend the contents of the impugned order passed by the high court,” the Supreme Court said while setting aside the high court order.

Justice Dipak Misra, the chief justice to be, wrote a judgment in March last year which was, in the words of Tunku Varadarajan, “a hodge-podge of catastrophic syntax and overblown (sometimes laughable) vocabulary”. In a defamation case involving Subramaniam Swamy, Misra’s judgment used a multitude of adjectives and language so flowery, it’s hard to know what he was talking about. Here’s one example:

This batch of writ petitions preferred under Article 32 of the Constitution of India exposits cavil in its quintessential conceptuality and percipient discord between venerated and exalted right of freedom of speech and expression of an individual, exploring manifold and multilayered, limitless, unbounded and unfettered spectrums, and the controls, restrictions and constrictions, under the assumed power of “reasonableness” ingrained in the statutory provisions relating to criminal law to reviver and uphold one’s reputation.

In March last year, when then Jawaharlal Nehru University students’ union president Kanhaiya Kumar was granted bail after being charged with sedition, the judge made some curious remarks in the bail order. Delhi high court Justice Pratibha Rani, after quoting from the Bollywood song from Upkar ‘Mere Desh Ki Dharti’, said:

The investigation in this case is at nascent stage. The thoughts reflected in the slogans raised by some of the students of JNU who organized and participated in that programme cannot be claimed to be protected as fundamental right to freedom of speech and expression. I consider this as a kind of infection from which such students are suffering which needs to be controlled/cured before it becomes an epidemic.

Whenever some infection is spread in a limb, effort is made to cure the same by giving antibiotics orally and if that does not work, by following second line of treatment. Sometimes it may require surgical intervention also. However, if the infection results in infecting the limb to the extent that it becomes gangrene, amputation is the only treatment.

She didn’t explain what “amputation” would entail in this analogy, but did say that Kumar wasn’t so far gone yet. “During the period spent by the petitioner in judicial custody, he might have introspected about the events that had taken place. To enable him to remain in the mainstream, at present I am inclined to provide conservative method of treatment.”

In October 2016, the Supreme Court talked about the importance of a ‘good’ wife staying with her husband at his family’s house. The court held that a Hindu woman who refused to stay with her in-laws was committing an act of “cruelty” against her husband, and he could divorce her for it. Justices Anil R. Dave and L. Nageswara Rao said this about a ‘normal’ Hindu marriage:

In India, generally people do not subscribe to the western thought, where, upon getting married or attaining majority, the son gets separated from the family. In normal circumstances, a wife is expected to be with the family of the husband after the marriage. She becomes integral to and forms part of the family of the husband and normally without any justifiable strong reason, she would never insist that her husband should get separated from the family and live only with her.

In May 2012, a judge in the Bombay high court decided that quoting the Ramayana was a good way to make a woman behave like a ‘good wife’. The woman in question had filed for divorce because she didn’t want to go with her husband to Port Blair, where he had been posted for work. The division bench of Justices P.B. Majmudar and Anoop Mohta, though, weren’t convinced by her decision. “You should go to him. When Sita could join Ram in vanvas, then why can’t you go?,” the woman was asked by the court, according to the Times of India. (The court also seemed unmoved by the wife’s statement in family court that her husband was mistreating her.)

Also in May 2012, the same judges of the Bombay high court convinced a Pune couple not to get divorced just yet. The husband had alleged ‘cruelty’ because his wife, apparently, would not have sex with him. The woman said this was because her mother-in-law was against them sleeping together. The court told them to live together for another week and try and work things out. After a week, the woman said she was happy – her husband had “entered the bedroom”. The judges then told them to stay together for another month.

The husband though, still had one complaint – she was out of the house all day. This was because she was doing a computer training course, the woman’s advocate said. Justice Majumdar’s response? “Leave computer training aside. This training is more important than computer training,” the Times of India quoted.