After the Centre withheld Hadiya Chisti's registration, the J&K high court asked the MEA to consider her case because 'PoK is part of India'.

Srinagar: The J&K high court has asked the Ministry of External Affairs (MEA) to consider recognising the medical degree of a Kashmiri who pursued her MBBS from a college in Pakistan occupied Kashmir (PoK).

In his judgment, Justice Sanjeev Kumar observed that it was only after the permission given by the ministry that the student, Hadiya Chisti, went to pursue her studies in PoK.

A resident of Nowgam, an uptown locality in the summer capital Srinagar, Chisti joined Mohtarma Benazir Bhutto Shaheed Medical College in Mirpur in 2012 after completing her 12th class exam from the J&K Board of School Education.

In 2017, in anticipation of the completion of her course, she applied with the ministry for issuance of an eligibility certificate for the recognition of her degree.

While the request was pending, she qualified the course. In the meantime, with a “view to accord consideration to Chisti’s request” the MEA approached the consular division of the High Commission of India at Islamabad to verify the degree.

The matter was, accordingly, taken up by the Indian High Commission at Islamabad with Pakistan’s ministry of foreign affairs.

On July 6, 2017, the Pakistan foreign ministry told the Indian High Commission that the degree awarded to Chisti by the college was a recognised qualification. 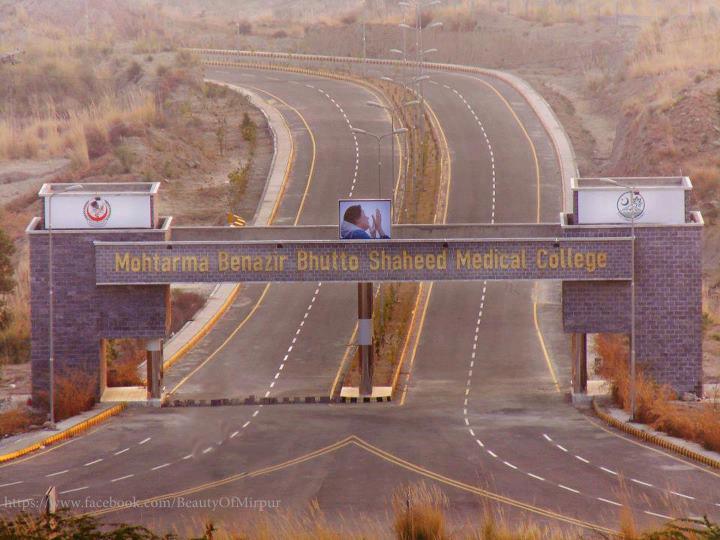 The young doctor returned to Kashmir last October after completing her degree and the mandatory one-year internship at a medical college in Lahore.

But the National Board of Examination has refused to allow her to take the Foreign Medical Graduate Examination/Screening Test. As per the Indian Medical Council Act, any Indian who obtains a medical degree from a foreign country shall not be entitled to be enrolled on the government medical registrar unless he or she qualifies through the test.

Chisti knocked the doors of the J&K high court on October 26, 2018, which passed an interm direction to the government to allow her to take the exam.

The situation again compelled the family to move the court.

Observing that the case poses a “unique problem” calling for a “unique resolution”, Justice Kumar observed that Chisti has obtained her degree from a college located within the territory of India.

“There should be no dispute that the area known as PoK, where the medical college is situated is part of India though it is on the other side of the LoC and is under the occupation and administrative control of Islamic Republic of Pakistan,” the court ruled. “If that be the admitted position, a medical institution operating in the area cannot be expected to seek any recognition from the Medical Council of India (MCI).”

The Mirpur College is recognised under Pakistan’s Medical and Dental Council (PM&DC) which is a body similar to the MCI. It is also listed under the Foundation for Advancement of International Medical Education Research (FAIMER).

The court said that the MCI does not exercise de-facto control and powers over PoK, though it may claim to have territorial jurisdiction extending to that area de-jure.

It observed there was no mechanism in place and in the given circumstances, “there could not be such mechanism which would provide for recognition of the medical institutions located in PoK by the MCI”.

“I deem it appropriate to call upon respondent No. 1 (the Union ministry) to consider the case of the petitioner for recognition of her qualification of MBBS and also for registering her as a medical practitioner on rolls of Indian Medical Register or State Medical Registry, as the case may be, purely on equitable considerations,” reads the judgment.

‘Why no advisory on peculiar fact situation’

The court asked the ministry to inform the citizens of the country about the status of educational institutions “operating in the territories of India under occupation but under the administrative control of Pakistan.”

It highlighted the Indian Medical Council Act was silent on any mechanism to deal with medical institutions located in the territories of India where the Union government and its institutions do not exercise any control. It also noticed that the Act does not lay down any specific provision to deal with the instant case.

“Recognizing that the territory known as PoK is an integral part of India but is under occupation and administrative control of Islamic Republic of Pakistan, it cannot be expected of any medical institution located therein to comply with the provisions of the Act.”

The court questioned why the Centre hasn’t issued any advisory till date to create awareness among the citizens of India about the “conundrum created by peculiar fact situation.”

“In absence of any specific advisory, the citizens of India, more particularly those residing in Union Territories of Jammu and Kashmir and Ladakh, are most likely to fall prey to such conundrum created by peculiar fact situation,” it observed, asking the ministry to issue the requisite advisory forthwith.

The court said that the MCI does not exercise de-facto control and powers over PoK, though it may claim to have territorial jurisdiction extending to that area de-jure. Credit: PTI

Observing that the petitioner continues to suffer, the court said had Chisti obtained an MBBS degree from any recognised medical institution in Pakistan, she would have been entitled both to the eligibility certificate and to take the screening test.

While emphasising that this deserves to be considered by the ministry as a “special case”, the court however made it clear that in view of the peculiar facts and circumstances, the case shall not be treated as setting a precedent in future.

“But for the permission granted by external affairs ministry and the visa by Pakistan the petitioner would not have pursued the MBBS (at the PoK),” the court ruled. ”This is also a factor, which has weighed heavily with this court to grant relief to the petitioner.”

The court said it would have thrown out the case at the threshold if the government had issued an advisory against obtaining any qualification from the institutions located in PoK.

The judgment, however, referred to the correspondence between the Government of India and the foreign ministry of Pakistan, saying it clearly indicates that but for the technicalities of law, the Union ministry was never averse to allow Chisti to take the test and obtain recognition of her qualification from the MCI.

In a communication, the University Grants Commission asked the J&K government to inform students to refrain from enrolling in institutions located in PoK, saying the Centre does not recognise the courses. The governments of Pakistan and PoK provide 6% scholarship to the students of Kashmir in medical colleges.

The court referred to the “historical facts” about J&K while pronouncing the judgment, observing that the territory of the erstwhile state of J&K which was under the sovereignty of Maharaja Hari Singh on August 15, 1947 comprised of 14 districts: Kathua, Jammu, Udhampur, Poonch, Leh, Kargil, Anantnag, Baramulla, Mirpur, Muzaffarabad, Gilgit, Gilgit Wazarat, Chillas and tribal territories.

This position, the court said, continues even after the enactment of J&K Reorganization Act, 2019.

Under the Act, which came into force on October 31, the Centre bifurcated the state into two Union Territories. It released new political map of the UT of J&K and Ladakh, comprising 22 districts including Mirpur and Muzaffarabad.

“The districts of Mirpur, Muzaffarbad, Gilgit and Gilgit Wazarat now constitute the area which is under unauthorized occupation and administrative control of Islamic Republic of Pakistan and is known as PoK,” the Court said.

The court asked the ministry to take a decision on the case within four weeks. Chisti’s father said they are optimistic that the government will recognise his daughter’s hard work and complete her registration. “I’m always optimistic,” he said.