'There is nothing on record to show that the alleged hate speech to promote enmity between different groups was done in the presence or at the behest of the accused,' the trial court said. 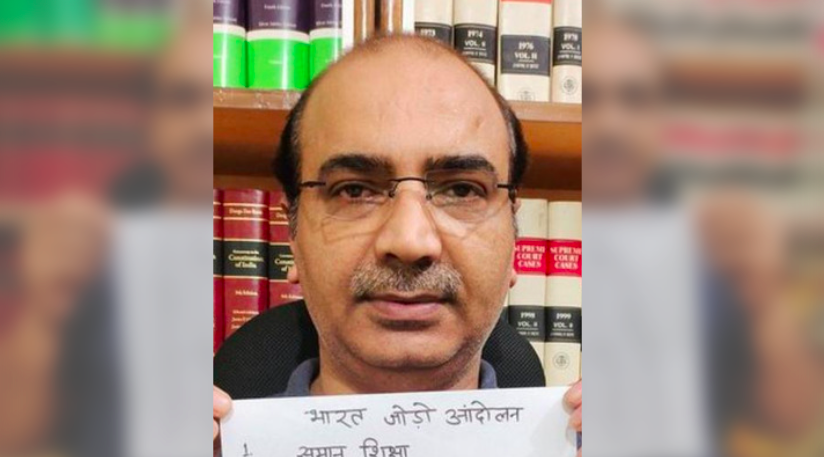 New Delhi: A Delhi court on August 11 granted bail to BJP leader and Supreme Court lawyer Ashwini Upadhyay who had been arrested in connection with the raising of anti-Muslim threats in the forms of slogans during a demonstration at the Jantar Mantar. Upadhyay has claimed the Delhi police framed him.

A video showing anti-Muslim slogans being raised during the protest was widely circulated on social media. Delhi Police registered a case in connection with the matter on Monday, detaining Upadhyay and five others on Tuesday.

On Wednesday, Upadhyay was represented at the trial court by four senior advocates, including Supreme Court Bar Association president Vikas Singh, along with Sidharth Luthra, Gopal Shankarnarayan and Ashwani Dubey.

“As far as the offence u/s 153A (promoting enmity between different groups on grounds of religion, race, etc) of IPC is concerned except for mere assertion, there is nothing on record to show that the alleged hate speech to promote enmity between different groups was done in the presence or at the behest of the accused,” the judge said in the order.

Soon after Upadhyay’s release, he retweeted support messages for him from various BJP leaders, including spokesperson R.P. Singh, and rightwing Hindutva campaigners like Suresh Chavhanke.

Upadhyay also released a Twitter video doubling down on the demand for a uniform civil code – which was made in Sunday’s protest which later saw violent threats being issued to Muslims in the form of slogans. He has claimed to have no connection with the organisation of the protest and the sloganeers and said he was framed by police.

The Wire has noted earlier that while Upadhyay had earlier tweeted several photos and videos of the event, just before his arrest, he appeared to have deleted them from his Twitter timeline.

During the hearing, the court also inquired from the public prosecutor and concluded that there was nothing against the accused in a video of the protest.

While granting bail, the court also noted that “there was no chance that the accused will abscond.”

“Conspiracy is no doubt hatched behind closed doors and that the investigation in the present matter is at nascent stage. That however, does not imply that liberty of a citizen be curtailed on mere assertions and apprehension,” the court said.

The prosecution opposed the application during the hearing on the ground that release of the accused will be prejudicial in maintaining public tranquillity and will create further serious law and order situation.

“There are chances that the accused will create communal disharmony,” it said.

“We have to see gravity of the offence, date, pandemic time…At this time you are gathering so many people…You see the area…Parliament Session was going on…It was an unlawful assembly.. All these offences were committed. Section 149 is involved. Even if in his presence, somebody has given hate speech…,” the prosecution said, according to Bar and Bench.

Counsel Vikas Singh termed the arrest as blatant abuse of power by the police. “Police cannot apprehend anyone indiscriminately,” he said, adding that it was an “admitted fact that the accused was present at the spot in the morning and not at the time of alleged incident relating to hate speech committed.”

The defence counsel further added that the FIR was registered belatedly and submitted that Upadhyay was being “illegally incarcerated”.

Opposing the application, the public prosecutor said that the protest was made during the pandemic during which large gatherings are not being allowed to prevent the spread of COVID-19, and that the gathering was also held without any permission.

“The gathering organised by the accused was an unlawful assembly in which he actively participated knowing the common object of the gathering,” the prosecutor said.

The court rejected prosecution’s contention related to the pandemic. “It is a difficult time indeed for everyone and serious view should be taken against those who violate the guidelines; yet, the offences, as far as the breach of these guidelines is concerned, are bailable in nature and can be dealt by the trial court on merits,” it said.

It directed Upadhyay to cooperate with the ongoing investigations and join the probe as and when summoned by the investigating officer. It further directed the accused not to leave the country without the court’s permission and “scrupulously appear at each and every stage of the proceedings before concerned court so as not to cause any obstruction or delay to its progress.”

The accused was sent to the judicial custody yesterday by a court here, considering that his bail application was pending.

Following news of Upadhyay’s bail, a section of social media users pointed to the ease with which the advocate had secured bail and the marked contrast with activists, comedians and journalists still in jail.

Delhi Court grants bail to BJP leader @AshwiniUpadhyay. Why is it that #SiddiqueKappan rots for months in jail without bail for just doing his job but someone who organises a hate rally where the mob calls for the killing of minorities, gets immediate bail despite video evidence!

Munawar Faruqui stayed in jail for 40 days for a joke that he never cracked.

Ashwini Upadhyay has got bail in one day, even after organizing an event where communal slogans were raised.

Call for genocide of Muslims and get bail in a day.
This is how cheap Muslim lives are in India.