Jana Gana Mana and the Danger of Passing Sentiment as Law

It is clear that the law requires an active act of disturbance to constitute an offence, but does it include a quiet refusal to stand for the national anthem? 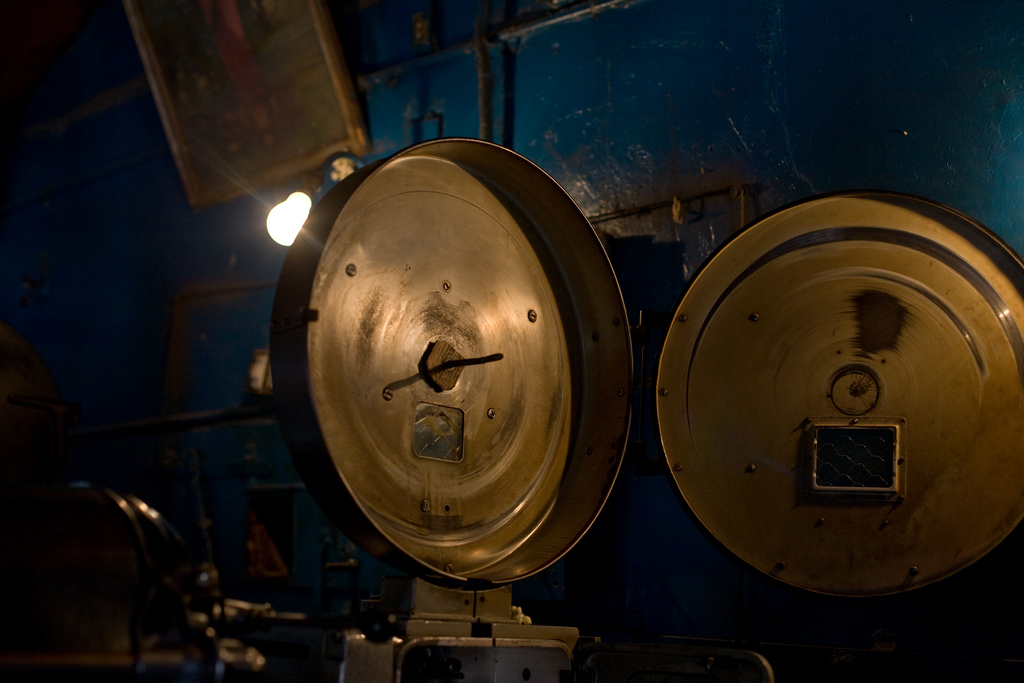 Screenshot from Kabhi Khushi, Kabhi Gham when the Indian national anthem is being sung

This is clearly the winter of Karan Johar’s discontent. Barely had the controversy over the illegal fine imposed on him by the Mahrashtra Navnirman Sena died down when the ghost of a controversy about his earlier film, Kabhi Khushi Kabhi Gham (K3G), has resurfaced in the form of the mind-boggling order from the Supreme Court making it mandatory for the national anthem to played in cinema halls before the screening of a film:

The national anthem is “the symbol of the Constitutional Patriotism and inherent national quality”, the judgment says. “It does not allow any different notion or the perception of individual rights, that have individually thought of have no space. (sic) The idea is constitutionally impermissible.”

The order by Justices Dipak Misra and Amitava Roy is a follow up to an earlier Madhya Pradesh high court judgment (also delivered by Dipak Misra) delivered in response to a case filed by the same petitioner in Shyam Narayan Chouksey v. Union of India.

Chouksey, who had gone to watch K3G, had been dismayed to find that the audience in the film did not stand up in the scene when Shahrukh Khan and Kajol’s son in the film sings the national anthem. Chouksey, a member of Jeevan Jagriti Prayas, an organisation for the  “inculcation of national spirit amongst people”, urged the audience to stand up but to no avail, after which he approached the management of the theatre and subsequently the DGP of Madhya Pradesh. He even had pamphlets published informing people that the national anthem would be played during the film but when that didn’t work, he did what a number of indignant citizens increasingly do: approach the court for relief. And the high court ruled that “the film shall not be shown in any theatre unless the scene which depicts the national anthem is deleted”.

In a judgment that is an utter delight for people interested in the curious relationship between law and cinema, but would be less enthusiastically embraced by those looking for constitutional principles, the high court bench (Dipak Misra and A.K. Shrivastava, JJ.) used the opportunity presented before them to hold forth at large on everything under the sun – from cinema to theories of spectatorship and of course musical patriotism. A particularly interesting contention was whether a difference should be made between the audience of the anthem in the film and those of the film and what the relationship between the two is. But interesting as this is from a law and cinema perspective, let us return to its constitutional consequences.

In Bijoe Emanuel (1987), the Supreme Court had an opportunity to consider a similar question that arose from the suspension of three students from a school for refusing to sing the national anthem as it went against the tenets of their faith (they belonged to the religious group called Jehovah’s Witnesses). The court, in its decision, overturned their suspension on the grounds that the right to freedom of speech and expression included the right to remain silent. They held that while the students did not join in the singing of the anthem, they had not showed any disrespect since they stood up along with the other students. In the operative part of the judgment, Justice Chinnappa Reddy says

“The Prevention of Insults to National Honour Act was enacted in 1971. While s. 2 deals with insult to the Indian national flag and the constitution of India, s. 3 deals with the national anthem and enacts, “Whoever, intentionally prevents the singing of the national anthem or causes disturbance to any assembly engaged in such singing shall be punished with imprisonment for a term which extend to three years or with fine, or with both.”

“Standing up respectfully when the national anthem is sung but not singing oneself clearly does not either prevent the singing of the national anthem or cause disturbance to an assembly engaged in such singing so as to constitute the offence mentioned in s. 3 of the Prevention of Insults to National Honour Act.”

To my mind, a key aspect of the Bijoe Emanuel judgment is the the framing of the question about whether people can be forced to sing the national anthem ‘on a pain of expulsion’ and whether that is consistent with fundamental rights.

In a case that pits compulsory affection against the beliefs of a group, the judges hold in favour of the latter and locate their decision within the right to freedom of speech and expression. The consequences of this judgment are extremely significant, particularly at a time when the executive is hell-bent on criminalising any form of dissent, and Bijoe Emanuel is one of the few safe spaces in which conscientious objectors in India could potentially have found safe refuge. Justice Reddy made a clear distinction between fundamental rights and fundamental duties and held that a fundamental right can only be limited in accordance with law and not through mere ‘executive or departmental instruction’. Stand, or else. Screenshot of a film starring Fearless Nadia. Source: YouTube

While Justice Dipak Misra’s latest order is clearly not an executive or departmental instruction, Gautam Bhatia makes a compelling case for what he describes as ‘judicial censorship’. He argues that there is a need for constancy and that the Supreme Court cannot have it both ways – i.e. simultaneously equate judicial opinions to “law” under Article 19(2), even as it  insulates itself from its decisions then being challenged in writ proceedings for violating Article 19(1)(a) of the Constitution.

The key difference between the Bijoe Emanuel judgment and the interim orders passed in the current case is the emphasis in the former on legal reasoning and its restraint in passing off sentiment as law. Because this is exactly what the present order and the Madhya Pradesh judgment preceding it effectively is: capricious personal sentiment expressed from the highest pulpit available to any Indian citizen. It is also  indicative of a much more disturbing trend, evidenced for instance in Justice Pratibha Rani’s bail order in Kanhaiya Kumar’s case – where she grants Kanhaiya bail but also provides him a free lesson on viral infections and gangrene, amongst other things.

This affective surge and surplus in judicial opinions is not entirely new (we know for instance that Justice V.R. Krishna Iyer was never short of words), but its increase in volume (in both senses of the word) does indicate a disturbing trend where generic personal opinions mutate into obiter and finally into ratio, and often become the operative rhetoric of what is reported and discussed in the media.

We also need to note that the orders come about in a time when we are witness to  a massive mediatisation of law – where legal events are also ‘media events’ circulating within the spectacular economy of the media. In that sense they are both constituted by and compete with forms of public address that the media deploys. This new form of  judicial populism has serious consequences for how we think about procedure, the rule of law and justice. Sample for instance the  verbal and juridical excess contained in the MP order (Para. 22):

In ‘Shashtras’ this great country has been described as under :

Not for nothing, in one of the ancient epics of India it has been so said :

They have not kept in mind ‘vox populi, vox dei’. The producer and the director have allowed the national anthem of Bharat, the alpha and omega of the country to the backseat. On a first flush it may look like a magnum opus of patriotism but on a deeper probe and greater scrutiny it is a simulacrum having the semblance but sans real substance. There cannot be like Caesar’s thrasonical brags of “veni, vidi, vici.” The boy cannot be allowed to make his innocence a parents rodomontrade, at the cost of national honour. In our view it is contrary to national ethos and an anthema (sic) to the sanguinity of the national feeling. It is an exposition of ad libitum.”

To the litany of Latin phrases, all one can add is res ipsa loquitur. The MP high court order was overturned by the Supreme Court in 2004 on the grounds that government instructions explicitly noted that when “the national anthem is exhibited in the course of exhibition of newsreel or documentary or in a film, the audience is not expected to stand as the same interrupts the exhibition of the film and would create disorder and confusion, rather than add to the dignity of the national anthem.” From K3G, let’s return to Bijoe Emanuel to examine an implicit, even if unstated, premise. The court does not explicitly examine whether in addition to remaining silent, a refusal to stand up falls outside the scope of protectable speech and expression under Article 19(1)(a) of the constitution. To my mind, the crucial question is based on how we understand the phrase “expression”. Debates on free speech often focus on the speech element ignoring the expression element, but if the right to free speech includes the right to remain silent then would not a free expression include a non action? Let us recall that Section 3 of the Prevention of Insults to National Honours Act says:

“Whoever intentionally prevents the singing of the Indian National Anthem or causes disturbances to any assembly engaged in such singing shall be punished with imprisonment for a term, which may extend to three years, or with fine, or with both.”

It is clear that the law requires an active act of disturbance to constitute an offence, but does it include a quiet refusal to stand for the national anthem? The reasons motivating an expression may be varied. A person may be critical of nationalism. Or she may disagree with the enforced display of patriotism. In this regard they would not be alone, and would find ironic support in the form of the author of the national anthem itself.

Rabindranath Tagore, despite being the “national” poet and the author of the anthem, was himself highly critical of nationalism especially in its overt forms, and retained in his writings and his significant lectures on nationalism the sovereignty of an individual’s political and ethical views. Historian Ramachandra Guha describes Tagore as a patriot who was not quite a nationalist and as someone who was dismayed by the “xenophobic tendencies of the nationalist movement”.

Tagore’s universalism came out of a civilisational confidence and seems to be in sharp contrast with the knee-jerk responses of indignation whenever anyone expresses their dissent.

It might be worth recalling the words of our national poet as a way of thinking about the philosophical consequences of what a truly free expressive ideal may be:

I have heard it said again and again that we are guided altogether by history, and I have energetically nodded, so to say, in my mind whenever I heard it. I have settled this debate in my own heart where I am nothing but a poet. I am there in the role of a creator all alone and free. There’s little to enmesh me there in the net of external events. I find it difficult to put up with the pedantic historian when he tries to force me out of the centre of my creativity as a poet.

Lawrence Liang is a Bengaluru-based legal scholar who has written extensively on law and rights. He is currently teaching at Yale University, Connecticut.