“I haven’t come across any such case where a person has criticised a judgment and an FIR has been registered for expressing your opinion,” said Habeel Iqbal who was summoned for questioning. 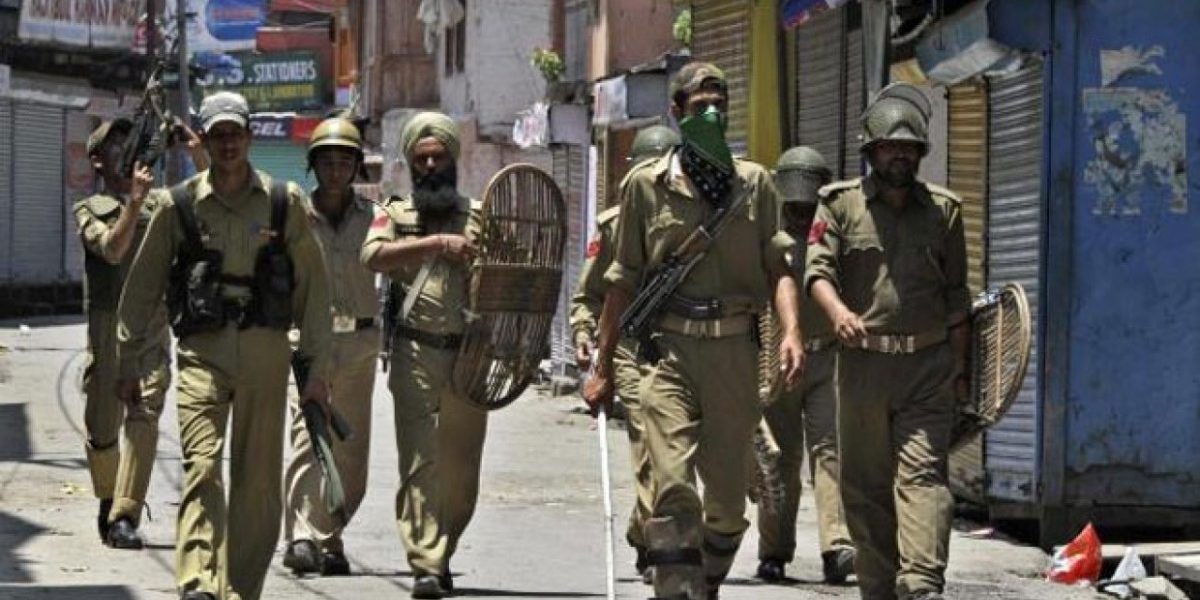 Habeel Iqbal, a lawyer based in south Kashmir’s Shopian district said he was summoned to Srinagar’s Shaheed Gunj police station for questioning related to his comments over the judgment, on Twitter.

“I got a call from a landline number on the afternoon of May 9, asking me to present myself in Shaheed Gunj police station,” said Iqbal.

Iqbal said he went to the police station the next day. “They took my mobile. Then, a policeman took me to another room and noted down the details about my family and my profession. They also asked for the details of my four-month-old son,” said the young lawyer.

Later in the day, Iqbal said, the senior police officers in the police station questioned him about his “criticism” of the judgment. “They told me that I have been summoned for criticising the judgment. The entire process lasted for six hours,” said Iqbal.

On May 28, Iqbal, in a series of tweets, he said that in the “history of administration of justice in #Kashmir the upholding of administrative detention by the High Court of J&K against Mian Qayoom amid the #Covid, on the ground of his ideology, shall be remembered as yet another instance of Court acting as an extension of the executive.,”

In another tweet, he wrote a court was not the “proper forum” to scrutinise the merits of administrative decision to detain a person. “This is what was under challenge today & by affirming this order the Court has dealt a fatal blow to the golden principle of judicial review of administrative detentions,” Iqbal tweeted.

In yet another tweet Iqbal said incarceration on the basis of ideology was a “clear violation” of established legal norms which proscribe the arbitrary detentions. “I told them (police) that I stand by whatever I have said and written,” said Iqbal. “I told them my tweets don’t constitute any offence. I was asked whether I support Mian Qayoom, but I told them it was not about my support for anybody but reaction to the judgment which doesn’t constitute any offence to register an FIR against,” said Iqbal.

Iqbal, who was a legislative fellow at the US State Department, has been practicing law at the Shopian district court for the past 10 years. “I haven’t come across any such case where a person has criticised a judgment and an FIR has been registered for expressing your opinion,” he said. “The Court passed the judgment and I, as a citizen, have every right to comment on it.” On June 7, the police said in a statement it registered the case (FIR No 62 of 2020) in the police station Shaheed Gunj under sections 153A and 505 of IPC, against those who were criticising the high court judgment which upheld the detention of the senior lawyer under the Public Safety Act, while rejecting the appeal against the single bench’s order.

The double bench of Justice Ali Muhammad Magrey and Justice Vinod Chatterjee Koul had dismissed the petition seeking the release of Mian Qayoom, saying the detainee accepting the argument that the senior lawyer should first “declare and establish” by his conduct that he has “shunned his separatist ideology.”

The court had concurred with the observations of J&K advocate general DC Raina that “the ideology nourished and nurtured by the detainee can’t be confined or limited to time to qualify it to be called stale or fresh, unless of course, the person concerned declares and establishes by conduct and expression that he has shunned the ideology.”

In its statement, the police said it received information from reliable sources that “certain comments” have been uploaded on social media in respect of the judgment. “It prima-facie reveals that the comments so uploaded on social media had been made with the intention not only to disrepute the High Court but also causing disharmony in the general public and thereby making an attempt at dissuading the public from reposing faith in the institution of judiciary. The comments are also aimed to push the miscreants to cause public disorder in the society,” said the police.

Also read: In Kashmir, an ‘Open FIR’ has Led Police to Investigate Hundreds Over VPN ‘Misuse’

Accordingly, the police said, taking cognisance of the “comments uploaded on social media a case under FIR No 62/2020  was registered…and further investigation initiated in the case.” The Sub-Divisional Police Officer Shaheed Gunj police station had told a newspaper that they have registered an “open FIR” in the case. Police have zeroed in on over a dozen people based on their social media comments related to the verdict.

Iqbal said the section 153A relates to the statements promoting enmity and hatred between different groups of society while as section 505 relates to statements which are provocative.  “Howsoever harsh my criticism may be how does it promotes enmity between groups leads to provocation,” said Iqbal. “If anything brings disrepute to the image of the institutions it is the flimsy FIRs like these, and not the tweets.”

The lawyer said he was reminded of the recent judgment by Justice Chandrachud in the Sabarimala case. “It (criticism) is a part of the system. We as judges should have broad shoulders. Let people give vent to whatever they feel about a judgment, because we are dealing with difficult issues,” Justice Chandrachud had said.

Bilal Ahmad Bhat, another lawyer, said he was also summoned by the Shaheed Gunj police station last week over his criticism of the judgment. Battling cancer and undergoing chemotherapy at a Srinagar hospital.

“I was asked to appear in the police station after I criticized the judgment. I told the police that I am presently undergoing therapy,” said Bhat, while defending the criticism of the verdict.

A member of the High Court Bar Association, Bhat said he has been practising law for over 20 years. “There is nothing against the law in what I have written. I have no regrets,” he said.

Bhat has now decided to challenge this FIR in the court. “I will fight it out legally and within the system. I’m in touch with some senior lawyers at the Supreme Court,” said Bhat.