An ailing Mian Abdul Qayoom was arrested by the J&K police on the intervening night of August 4 and 5, hours before the Centre scrapped the erstwhile state's special status.

Srinagar: The Jammu and Kashmir high court has upheld the detention of High Court Bar Association president Mian Abdul Qayoom under the controversial Public Safety Act (PSA), accepting the argument that the senior lawyer should “declare and establish” by his conduct that he has “shunned his separatist ideology”.

In its 57-page judgment, the division bench comprising Justice Vinod Chatterjee Koul and Justice Ali Muhammad Magray while rejecting the appeal against the single bench’s order referred to the argument of Jammu and Kashmir advocate general D.C. Raina that the “ideology nourished and nurtured by the detainee cannot be confined or limited to time to qualify it to be called stale or fresh, unless the person concerned declares and establishes by conduct, and expression that he has shunned the ideology.”

“In light of this legally rightful and sound argument,” the court said, “We leave it to the detainee (Qayoom) to decide whether he would wish to take advantage of the stand of the advocate general and make a representation to the concerned authorities to abide by it.”

At the same time, however, the court left it to the discretion of the government and the authorities concerned to consider such a representation and made it clear that any adverse order on such an application would not entail any legal proceedings.

In defence of the ailing Bar president

Zaffar A. Shah, counsel for Qayoom, argued that the grounds of detention were “wholly vague” since the FIRs against his client pertain to 2008 and 2010 and the allegations levelled were, “stale” given that they were nine to eleven years old.

He argued that it was settled law that past conduct of a detainee was not relevant and has no live and proximate link with an immediate need to detain him preventively.

“The detainee has been detained on stale grounds,” he said while arguing that when Qayoom was taken into preventive detention in 2010, the grounds of detention then served upon him were the same four FIRs registered in the latest case.

Shah said the grounds of detention do not attribute any specific instance of activity and instead were the reproduction of 2010 police dossier, suggesting that the detaining authority “did not apply his mind.”

“The order suffers from non-application of mind and, hence, is vitiated,” he argued. “The activities attributed to the detainee in the allegations contained in the FIRs don’t fall within the definition of the phrase ‘acting in any manner prejudicial to the maintenance of public order and hence the detention order is unfounded.”

Shah went on to argue that the ideology must have an outer manifestation and it must have some practical conduct on the part of the detainee which must result in the violation of some law.

He submitted the fact that there was no case of any criminal nature registered against his client since 2010 was “incontrovertible proof” that though the detainee might have been holding an ideology, but he had not violated any law.

“Article 19 of the Constitution gives the citizen a right of speech and a citizen can speak on whatever his ideology may be; he does not commit an offence as long as he doesn’t violate any law,” he said.

An ailing 76-year-old Qayoom, who is diabetic and surviving on a single kidney, was arrested by the Jammu and Kashmir police on the intervening night of August 4 and 5, hours before the Centre scrapped the erstwhile state’s special status. 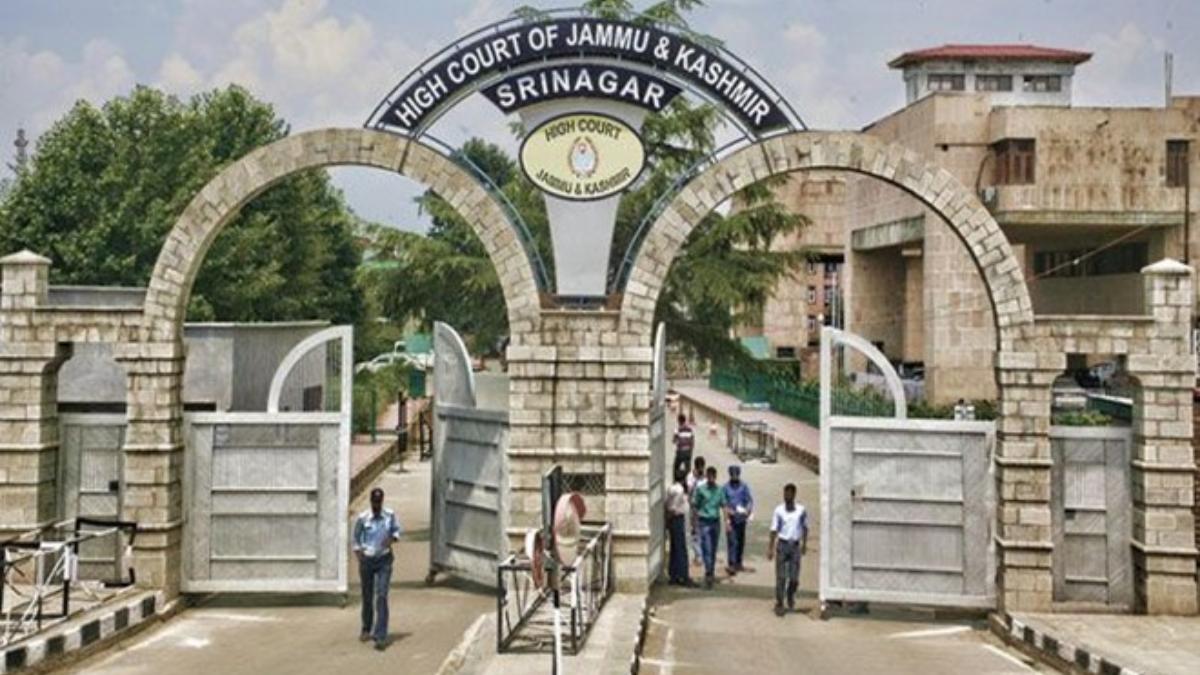 He was booked under the PSA on August 7 and flown to Agra Jail wherefrom he was later shifted to Tihar Jail after his health deteriorated.

In his PSA dossier, the authorities have described Qayoom as “staunch advocates of secessionist ideology” who believe that Jammu and Kashmir is a disputed territory.

The opposition and court ruling

While opposing the plea challenging Qayoom’s detention, the advocate general said it was the “subsistent ideology” of the detainee, “nourished and nurtured” by him and specified in the FIRs, which was detrimental to the maintenance of public order.

“It is always pertinent and proximate, for, there is a suspicion that the detainee has the potential to use it any time to disturb the public order,” the advocate general said. “The FIRs and the grounds of detention depict and relate to the secessionist ideology of the detainee, entertained, developed, nourished, and nurtured by him over decades.”

He argued that the suspicion was not imaginary but “founded on the conduct” of Qayoom as delineated in the FIRs which have duly been supplied to him and which is “established by the intelligence reports.”

While dismissing the plea, the court observed that an ideology of nature reflected in the FIRs and alleged against the detainee “is like a live volcano.”

“The ideology has always an inclination, a natural tendency to behave in a particular way. When it comes to the propensity of an ideology of nature reflected in the FIRs supported by the intelligence reports we have gone through, we are convinced that it subserves the latent motive to thrive on the public disorder,” the court said.