Is the Srikrishna Committee Giving Us a Way to Balance the Rights to Information and Privacy?

The committee has reportedly recommended amending the RTI Act in a manner that tilts the law in favour of privacy and against disclosure of information. 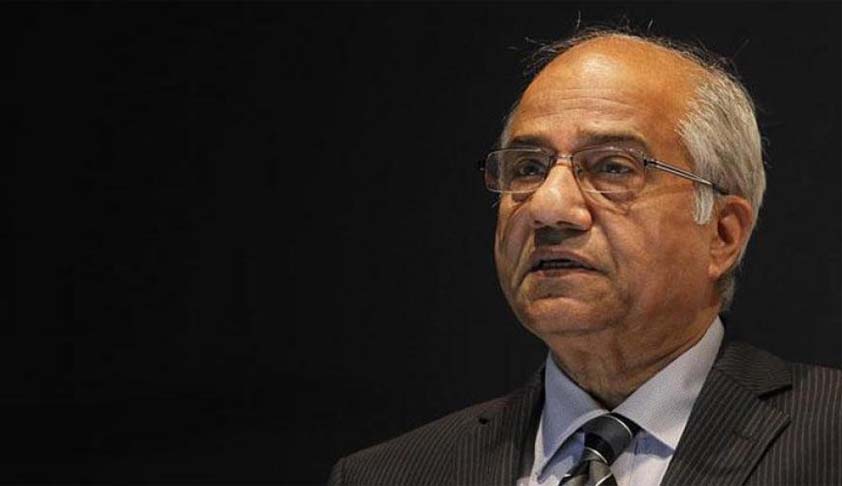 After several weeks of speculation regarding the recommendations of the committee of experts on data protection, headed by Justice B.N. Srikrishna, it appears that a copy of the committee’s proposed legislation has finally leaked to the Caravan. One of the issues covered by the Caravan, in its report on the draft Bill, is the recommendation of the expert committee to amend the Right to Information Act, 2005. As per the Caravan’s reporting, the committee has recommended amending the existing Section 8(1)(j) of the RTI Act in a manner that supposedly tilts the law in favour of privacy and against disclosure of information.

In its present form, Section 8(1)(j) of the RTI Act reads as follows:

“(j) information which relates to personal information the disclosure of which has no relationship to any public activity or interest, or which would cause unwarranted invasion of the privacy of the individual unless the Central Public Information Officer or the State Public Information Officer or the appellate authority, as the case may be, is satisfied that the larger public interest justifies the disclosure of such information: Provided that the information, which cannot be denied to the Parliament or a State Legislature shall not be denied to any person.”

The above provision hasn’t been very popular with RTI activists because it is vague and there was some concern that the Supreme Court judgment in Puttaswamy would further muddy the waters.

The proposed amendments to Section 8(1)(j), as reported in the Caravan, will allow for the disclosure of personal information, only if the following principles are fulfilled:

(b) if such disclosure is necessary to achieve the object of transparency referred to in clause (a); and

(c) any harm likely to be caused to data principal by the disclosure is outweighed by the interest of the citizen in obtaining such personal data having regard to the object of transparency referred to in clause (a).”

Presuming that the language of the proposed amendment reported by the Caravan is accurate, it would mean that the committee of experts has proposed deleting the word ‘privacy’ entirely from Section 8(1)(j) of the RTI Act, 2005 (the only provision in the law which contained the phrase privacy). That is not an insignificant amendment. Post the Puttaswamy judgment of the Supreme Court recognising the fundamental right to privacy, some RTI activists did express concern that the judgment would make it easier for public information officers to invoke Section 8(1)(j) to deny RTI applications because the court failed to lay down the contours of the right to privacy. Former information commissioner Shailesh Gandhi has been writing extensively on the conflict between the RTI Act and privacy, calling for the law to declare a proper definition of privacy.

The concerns expressed by Gandhi and others are valid because the Puttaswamy judgment grounds the fundamental right to privacy in the concepts of ‘autonomy and dignity’, both of which are vague. For example, it is quite easy to argue that educational records of a person are intrinsic to their dignity and sense of worth. In many countries, educational records are considered private and are not shared without the permission of the person concerned. In India, examination results are often published for public viewing. Such publication is to ensure transparency and accountability. But does it affect the dignity of students and violate their right to privacy? That’s a difficult question.

Ideally, the Supreme Court should have identified the balance between the right to information and right to privacy, but even when it discussed possible exceptions to privacy, it limited its analysis to cases of national security or the requirement of social welfare programmes. The reason for its silence on the effect of privacy on transparency was the fact that nobody argued the issue before the court.

The court’s silence on the appropriate balance between privacy and transparency under the RTI Act was disconcerting because the wide contours of the right to privacy as outlined by the court gave public information officers (PIO), or for that matter information commissioners, the option of deciding the scope of dignity and autonomy while invoking the privacy exception to deny information requests.

If the phrase ‘privacy’ is proposed to be deleted from the RTI Act, it saves the legislation from some of the complexities that would have followed from the Puttaswamy judgment, but that does not mean that the right to privacy no longer applies in the context of the RTI Act. The amendments still protect personal information from disclosure by requiring that PIOs follow a three-step test that appears to be based on the European proportionality test that was endorsed by the Supreme Court in the Puttaswamy case.

The proportionality test requires a structured analysis while evaluating any measure that curbs a legal right. The first prong requires an assessment of whether a measure aimed at curbing a right has a legitimate policy objective. The second prong requires as assessment of whether the measure curbing the right is in fact suitable to achieve that aim. The third prong of the test requires that the measure limiting the right is the least onerous way of achieving the legitimate aim and that competing interests have been assessed.

The proportionality test can be applied across the law in various situations and is a means of ensuring a more transparent decision-making process. While English and European courts are required by their governing legislation to follow this test, the Indian parliament is yet to incorporate this test into Indian legislation. The Indian Supreme Court of course isn’t that shy and has incorporated this test into Indian jurisprudence, although it is questionable whether past Indian judges have actually understood the proportionality test as conceptualised in Europe.

The test proposed by the Committee of Experts requires a three-fold test: first whether personal data in question has implications for transparency and accountability of a public authority, second whether disclosure of the personal information is required to achieve transparency and third whether disclosure of the personal information outweighs the harm that would be caused to the citizen while keeping in mind the competing objective of transparency.

There is little doubt that this test proposed by the Committee of Experts requires PIOs and information commissioners to conduct a more structured analysis while dealing with requests for personal information. The existing test in Section 8(1)(j) requires balancing the information request with ‘public interest’, which is a phrase that is regrettably vague and which ends up vesting too much discretion in the hands of the PIO. Will the end results of the proposed test differ significantly from the existing test in Section 8(1)(j)? I don’t think so, but the advantage of the test proposed by the Committee of Experts is that it will force more transparency in the decision-making process. If a PIO fails to reason decision in terms of this particular test, the final order can be set aside on appeal.

Prashant Reddy T. is an assistant professor at the National Academy of Legal Studies and Research (NALSAR), Hyderabad where he teaches intellectual property law and administrative law. He is co-author of Create, Copy, Disrupt: India’s Intellectual Property Dilemmas (OUP).