Challenges in the Transition to the New Insolvency and Bankruptcy Code

The manner in which the law is currently being implemented seems to focus more on expeditious operationalisation rather than effective implementation. 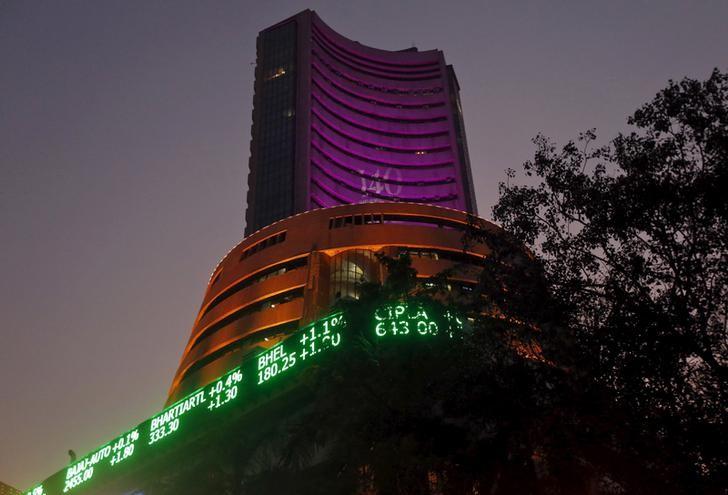 The Insolvency and Bankruptcy Code, 2016 (IBC) replaces a fragmented legal framework and a broken institutional set-up that has been delivering poor outcomes for years for creditors and distressed businesses seeking an exit. Currently, corporate insolvency and debt recovery cases are being dealt with under various laws and forums. In a previous article, we had argued that almost all of these are now eligible to be initiated as new cases under the IBC. However, this will create a massive burden for the nascent institutional infrastructure that is being rushed to operationalise the IBC. In this article, we analyse some of the challenges of transitioning existing cases to the new law.

The IBC offers a time-bound resolution process aimed at maximising the value of a distressed business. This will benefit not just the creditor and debtor companies, but also the overall economy because capital and productive resources will get redeployed relatively quickly. To meet the objectives of timeliness and value maximisation, the IBC proposes a new institutional set-up comprising four critical pillars:

Steps are currently underway to set up this institutional infrastructure. The National Company Law Tribunal (NCLT) has been notified as the adjudicating authority for the corporate insolvency and bankruptcy cases. The IBBI has been constituted and has started building capacity. The regulatory framework for IPs and IPAs is in place and some IPs and IPAs have already been registered by the IBBI. It may take some time for new IUs to get registered but even without the IUs in place, the provisions of the IBC related to the Corporate Insolvency Resolution Process (CIRP) and liquidation have been notified. While the former has been operational from December 1, 2016, liquidation provisions will come into force from December 15, 2016. Clearly, the speed of implementation has been prioritised leaving the institutional set-up to develop in parallel to the functioning of the law.

The NCLT will face the biggest challenge in the process of transitioning existing cases to the IBC. The NCLT currently has 11 benches with 16 judicial members and seven technical members among them. Its mandate includes hearing cases earlier dealt with by the Company Law Board (CLB) under the Companies Act 2013, in addition to cases under the IBC. As of March 2015, there were around 4,200 pending CLB cases. All of these will now be transferred to the NCLT. In addition, the CLB receives around 4,000 new cases every year. Now these will have to be dealt with by NCLT. With the IBC provisions on CIRP becoming operational and the provisions on liquidation expected to be notified soon, all the 4,500 winding-up cases pending at the high courts as of March 2015 are also likely to get transferred to the NCLT. Our analysis shows that corporate recovery cases at the debt recovery tribunals (DRTs) and the rehabilitation cases at the Board for Industrial and Financial Reconstruction (BIFR) are eligible to be initiated as new IBC cases.

Therefore, given its limited capacity, how will the NCLT deal with fresh IBC cases, added to which will be the case load from the CLB, the high courts, the BIFR and potentially the DRT? Unless its adjudication capacity is enhanced, the NCLT will fail to hear and dispose cases in a timely manner from the start. For the IBC cases, this could mean the inability of the NCLT to adhere to the 180-day timeline that is the duration of the CIRP. This has earlier been seen in the case of DRTs too. DRTs were intended to dispose of recovery cases in 180 days, but given capacity issues and pendency, often the first hearing for a case takes place after 180 days. The 180-day timeline represents the core design intent of the IBC – rapid resolution of insolvency to maximise recovery. If this is compromised due to capacity constraints, the effectiveness of the IBC will get diluted.

The second concern related to the NCLT is regarding the case law that develops under the IBC. Given that it is a new law, the procedures and common practices under it need to develop independently from the case laws under the pre-IBC regime. Since the first cases that come to the IBC are likely to be the existing ones, the initial case law that develops under IBC will reflect the context of these cases. The behaviour of creditors, debtors, auditors, lawyers, valuers, liquidators are all steeped in the old case laws under the Companies Act 1956, the Sick Industrial Companies Act 1985 (SICA), the Securitisation and Reconstruction of Financial Assets and Enforcement of Security Interest Act, 2002 and the like. This will change only when the IBC gets perfected as a law and its institutional infrastructure reaches its capacity, allowing the NCLT to focus on upholding the design and objective of the IBC over all priors that exist. For this, the IPs, the IUs, the NCLT and the IBBI all need to be properly set up and functioning in a manner envisaged by the IBC.

IPs form the backbone of the IBC. Their role requires a fine balancing act, given that they are in charge of managing the debtor company and are accountable to the committee of creditors and the adjudicating authority for their actions. To ensure that the IPs perform their role without any misfeasance, well-defined entry barriers to the profession must be designed and the IPs must be closely regulated by the IBBI. A qualification examination has been proposed to get registered as IPs. This is modelled after the best practices of other jurisdictions such as Canada and the UK that have a well-functioning industry of IPs.

The IBBI, however, has now licensed the first batch of IPs only on the basis of their professional experience. Given the speed with which the law is being implemented, this seems to be the only option till the infrastructure for conducting the examination is set up. IPs registered in the first round also need to be prepared to handle the complexities of the existing cases. The IBBI needs to have adequate capacity to monitor the IPs and ensure that malpractice and fraud do not seep into the profession in the early days. For this, the IBBI needs to ramp up its human resources and its IT capability and build a far greater level of preparedness than it is at, right now.

The lack of IU infrastructure is going to be another challenge. Under the IBC, a CIRP can be triggered only when a default by the debtor company has taken place. In the IBC design, the IU enables a quicker initiation of cases by providing access to irrefutable and transparent evidence of the default. At present, winding up petitions under the Companies Act, 1956 and cases under SICA take around one to two years to get admitted. The situation is marginally better at the DRTs, where the Bankers Books Evidence Act allows bank books’ to be treated as primary evidence in cases. Even then there are delays in establishing the existence of a debt and default.

In absence of IUs, the IBBI is required to specify the evidence of default that can be used to trigger an IBC case. This can cause inordinate delays especially if the NCLT gets involved in evaluating whether a default has indeed taken place. Under the IBC design, IUs also facilitate the formation of the creditors’ committee within 14 days from the date of registration of a case. All information regarding the creditors’ claims needed by an IP to form the committee can be easily collected from the IUs.

It is therefore likely that in absence of IUs, initiating a case as well as forming the creditors’ committee will take far longer than envisaged in the IBC design. This will make it difficult to meet the 180-day timeline for completing the CIRP, giving rise to two possible outcomes. First, the delay in forming the creditors’ committee will reduce the time available to agree on a resolution plan. If the committee cannot agree on a resolution plan within the specified time limit, the NCLT will order the liquidation of the company. Secondly, the NCLT may exercise its judicial discretion and extend the CIRP beyond the time limit specified in the law.  Both these outcomes have negative consequences. The former creates a liquidation bias in CIRP while the latter compromises the fundamental design of time-bound resolution in the IBC.

The manner in which the IBC is currently being implemented seems to focus more on expeditiously operationalising the law rather than effectively implementing it. These concerns, if not addressed suitably, will defeat the purpose of enacting a new insolvency law to improve the recovery rate in order to promote the development of credit markets and entrepreneurship.

The IBC is an important reform for India and its successful implementation depends on meticulous transition planning. The first cases coming to the IBC are likely to be the existing corporate insolvency cases. Four steps are needed to ensure that these do not impact the design and effectiveness of the IBC in an adverse manner.

The capability of the NCLT needs to be developed with adequate project planning. This could mean a special bench designated only for the IBC cases, scaled to the expected IBC case load and trained in dealing with commercial matters including the complexities of the existing cases. The NCLT needs to ensure that for any case coming to the IBC, whatever be its priors, the IBC provisions are followed without any exception. If the NCLT is built like a conventional Indian tribunal, it can develop a multi-year backlog very soon.

It is critical that the winding-up cases that come to NCLT are disposed of separately from the IBC cases and their outcomes in no way impact the IBC case laws. The capacity of the IBBI needs to be brought to scale as quickly as possible so that no malpractices or adverse priors develop in the IP practice and the entry barriers to the profession need to be implemented in accordance with the law. India has a long history of failure in the regulation of professions. The regulatory system for IPs must be designed to avoid creating yet another failed profession. Finally, the IUs need to be operationalised. In their absence, the IBBI needs to specify clear guidelines that enable the timely admission and disposal of the existing cases. This means a rapid creation of regulatory capacity in terms of people, processes and information technology systems.

Adequate institutional capacity is essential to ensure that the IBC does not suffer from the predicament of earlier reform attempts such as the DRTs. Doing all of these needs time and needs proper planning. Rushing through the implementation of the new law may serve to improve India’s ranking in World Bank’s ‘Doing Business’ report but may not result in a de facto improvement of the insolvency resolution framework, thereby defeating the very purpose of the IBC.

Rajeswari Sengupta is an assistant professor of economics at IGIDR and Anjali Sharma is a consultant at the finance research group at IGIDR.