The Ones That Didn't Make It to NYT: The Valiant Bar and Bench During Indira’s Emergency

All through the dark times of 1976, legal professionals continued to stay invested in the fight against authoritarianism.

“If India ever finds its way back to the freedom and democracy that were proud hallmarks of its first eighteen years as an independent nation, someone will surely erect a monument to Justice H R Khanna of the Supreme Court. It was Justice Khanna who spoke out fearlessly and eloquently for freedom this week in dissenting from the Court’s decision upholding the right of Prime Minister Indira Gandhi’s Government to imprison political opponents at will and without court hearings… The submission of an independent judiciary to absolutist government is virtually the last step in the destruction of a democratic society; and the Indian Supreme Court’s decision appears close to utter surrender”

This iconic tribute by a journal several seas away marked H.R. Khanna’s transition from mortality to judicial immortality.

While Justice Khanna, who penned the dissent at the cost of the Chief Justiceship of India, cannot be grudged his canonisation, it must not be forgotten that the case which gave him the opportunity to demonstrate his judicial spine – ADM Jabalpur v Shiv Kant Shukla, 1976 AIR 1207 – arose out of orders passed by liberty minded justices of nine high courts who held that Indira Gandhi’s constitutional coup could not come in their way of defending the inalienable basic rights of the citizens.

Rajinder Sachar, himself a judicial victim of the Emergency, maintains that if the Supreme Court had supported these brave high court justices, Indira’s Emergency itself would have collapsed.

AG Noorani, in an article titled “The judiciary and the Bar in India during the Emergency,” notes an opinion expressed by Jayaprakash Narayan about the judiciary during the emergency:

“As for the judiciary, I must say that the High Courts have come out with flying colours in the present crisis. But the record of the Supreme Court is unfortunately very disappointing, mainly because Mrs. Gandhi has packed it with pliant and submissive judges except for a few.”

The darkness of Indira’s Emergency is also a story of the courage of many members of India’s Bar and the Bench. This is their story.

In fact, the executive had anticipated that the high courts might show some spine. Granville Austin notes that a powerful individual in the Prime Minister’s house “apparently had it “in for” the high courts from the beginning”.  He refers to an order issued on 25.06.1975 “to lock up the high courts”.

Also read: How the Judiciary Defied the Government to Uphold Constitutional Values During the Emergency

Om Mehta, the then Minister of State for Home, reported this audacious move to the Indira’s kitchen cabinet member Bengal chief minister Siddhartha Shankar Ray, who, as a senior advocate himself, knew how outrageous such an order sounded.  Deft manoeuvres on his part, not without Sanjay Gandhi’s outburst at it, ensured this was timely aborted!

Express journalist Kuldip Nayar was arrested under the Maintenance of Internal Security Act and his wife Bharati Nayar challenged the detention before the Delhi high court. The formidable V.M. Tarkunde, former Bombay high court judge and widely respected for his commitment to human rights, presented Nayar’s case before Justices S. Rangarajan and R.N. Aggarwal. The state simply refused to disclose to the court the material on the basis of which the detention order had been passed. The court responded by quashing the detention holding that the right to a writ of habeas corpus had not been suspended. 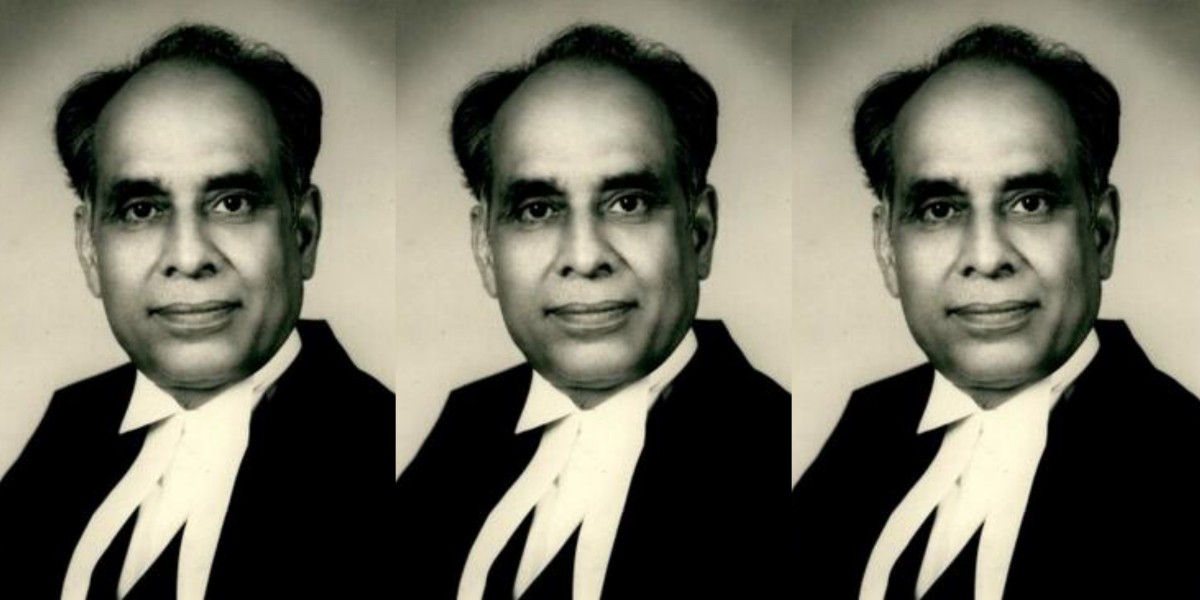 The Bar was as vocal. Taraporewala recalls that the Emergency was met with lawyer’s strikes in several parts of the country. On the day of declaration of Emergency, the legendary Nani Palkhiwala, who, until a few days ago, was Indira’s own lawyer pleading before the vacation judge Krishna Iyer, to stay Justice Sinha’s order disqualifying her from electoral office for six years, led a delegation of lawyers to the chambers of Bombay high court Chief Justice Kantavala. His bench partner, Justice Tulzapurkar was also present.

Nani informed the judges that all lawyers in Bombay had decided to go on strike in protest.  The Chief’s sympathy was obvious from the fact that, while he emphatically stated that judges could not go on strike, in the same breath he assured that as litigants should not suffer, no adverse orders would be passed by courts.

On 12.10.75, under the banner of “Citizens for Democracy”, an All India Civil Liberties Conference was held in Ahmedabad presided over by Justice J.C. Shah, a retired Chief Justice of India. One factor behind choosing this venue was that Gujarat was then an Opposition Ruled state. Yet even in Congress states, Ananth V. Krishna observes, for some reason, though a number of former judges and lawyers protested, they were not arrested. The Ahmedabad meeting passed several significant resolutions seeking immediate restoration of the liberties of the citizens. The legendary M.C. Chagla was also a delegate.

The fire spread to neighbouring Bombay at the initiative of N.P. Nathwani, a retired justice of the Bombay high court. The “Committee of Lawyers for Civil Liberties” formed by him was to hold a meeting on 18.10.75, at the Jinnah Hall to discuss “Civil Liberties and the Rule of Law under the Constitution”. The Bombay police declined permission and, for good measure, invoked the Defence of India Rules to ban any such lawyers’ meetings anywhere during the duration of the Emergency.

Nathwani, an office bearer of this Committee, challenged this ban before the bench of Chief Justice R.M. Kantawala and Justice VD Tulzapurkar. The charge of the petitioners was led by none other than Mr Nani Palkivala with 157 lawyers supporting him.  The Bar had risen in one voice. The court quashed the ban saying that, even when Emergency was imposed, it was lawful to meet and assert a view that its imposition was unlawful, unjust and illegal.

Also read: The Supreme Court and the Need for Judicial Discipline

Justice Tulzapurkar was savage when he pointed out that:

The Supreme Court promptly stayed the order in appeal.  For good measure, the court even stayed the “judgement” in addition to its operative part.

When the famous Jinnah Hall meeting finally took place with former chief justice Chagla and former Supreme Court Justice J.C. Shah in attendance, many lawyers actually chickened out. One senior told Soli Sorabjee and Taraporevala, “Goodbye.  I do not want to be jailed with you both.”  There was panic and a feeling was created that even attending a protest meeting could get one into trouble.

The retaliation was swift. The targets were those judges who had been responsible for the release of political opponents. Justice Lalit of the Bombay high court and Justice R.N. Aggarwal of the Delhi high court were additional judges. In the tooth of all convention, their appointments were not confirmed. Graville Austin claims that even Indira’s law minister Gokhale as well as the respective high courts had favourably recommended the confirmation of these two judges.

It came out in the report of the Shah Commission, set up by the Janata Party to inquire into Emergency excesses, that Indira had rejected her own law minister’s note of recommendation with the handwritten noting “I do not approve”.  In fact, the Shah Commission concluded that this non-confirmation was an “abuse of authority and a misuse of power.” Justice Aggarwal’s misfortune was that he was on the bench that had decided in favour of Kuldip Nayar. In an unprecedented move, he was demoted to the Sessions Court. The senior member of the bench, Justice Rangarajan was transferred to Guwahati.

Sixteen judges who had issued habeas corpus writs or had not fallen into line were transferred to different high courts.  This included the members of the Division Bench (D.M. Chandrashekar and M Sadananda Swamy) which had quashed the detention orders of A.B. Vajpayee and L.K. Advani.  Justice Chandrashekhar was transferred to Allahabad and Justice Swamy to Gauhati.  Justice A.P. Sen (One of the judges in Shiv Kant Shukla vs ADM Jabalpur) was transferred to the Rajasthan high court as acting Chief Justice.

Austin has written about how the list of judicial transfers were “discussed in the Home and Law Ministries and sent to Chief Justice Ray who had to ‘sign the transfers or resign’”.  Austin also notes that “Senior officials in the Law Ministry did not favour the transfers, but there was no higher level dissent because the issue had already been decided.”

In fact, a list of fifty-six to seventy judges, apart from the sixteen transfers, was also leaked to the press to keep the potential trouble makers on their toes. This had its desired effect and in the words of M.C. Chagla, “Judges hesitate where they used to be fearless.”

Post Emergency, on April 5, 1977, law minister, Shanti Bhushan, apprised the Lok Sabha that during the emergency as many as 21 judges were transferred from one court to another, without their consent.  The courageous ones were:

The late Ashok Desai recalled that the news of transfer to Calcutta high court of Justice Mukhi of the Bombay high court who was keeping indifferent health, impacted him so much that he passed away in September 1976 though by that time the transfer had been revoked.

One person stood out was Justice Sankal Chand Seth, a transferred judge, who challenged the constitutional validity of his transfer before the high court of Gujarat.

The full bench of the Gujarat high court unanimously struck down the transfer order.  In the Supreme Court, the appeal was heard by a constitution bench of Chandrachud, Bhagwati, Krishna Iyer, Untwalia and Fazal Ali, JJ. During the pendency of the appeal, the central government decided to withdraw the transfer order. The court still went ahead and pronounced on the law.  The majority (Chandrachud, Krishna Iyer and Fazal Ali, JJ.) held that independence of the judiciary was not imperilled if consent of the transferee judge is not obtained. The minority view (P. N. Bhagwati, Untwalia, JJ.) was to the contrary.

Noted lawyers P.N. Lekhi and Rama Jois (subsequently a judge) were arrested and imprisoned. In March 1976, about 200 lawyers’ chambers in the Tis Hazari Court Complex were demolished and 43 lawyers jailed. This provoked the Supreme Court Bar Association to summon its Emergent General Body Meeting on 30.03.76 to strongly condemn executive highhandedness against the bar.

The chairman of the Bar Council of India in those days used to speak against the government and his explosive speech to the Palghat Lawyer’s Conference in Kerala ensured a MISA Arrest warrant bearing Ram Jethmalani’s name. Bombay Lawyers had filed a petition against Jethmalani’s detention order drafted by Soli Sorabjee along with Ram’s son Mahesh. Nani Palkhivala had obtained interim relief. However, the ADM Jabalpur’s ruling of the Supreme Court, which came while the petition was pending, ensured minimal chances of success. Ram had no option but, on Nani’s advice, to flee India the day after Justice Khanna read out his dissent.

All through the dark times of 1976, the legal profession continued to stay invested in the fight against authoritarianism.  Towards this end, the lawyers roped in academicians, journalists and other public-spirited persons. Ashok Desai asserts that many lawyers refused to accept government briefs in solidarity with those protesting against its draconian action. Coomi Kapoor states that all bar associations of India, with the exception of the Calcutta Bar, had issued statements condemning the Emergency.

On June 14, 1977, William Borders reported for the New York Times that “two young lawyers, wearing the black robes and starchy white dickies customary in Indian court rooms” were sitting in a Bombay Law Library and sipping tea.  One of them observed, “The Rule of Law has swept back like fresh air.  The awful politicization of our cherished judiciary has been reversed, thank God.”

I am waiting to sip that cup of tea. Every generation deserves such a moment of serendipity.