The Supreme Court bench said that it hoped this was the 'first and the last' occasion where judges have gone to the press. 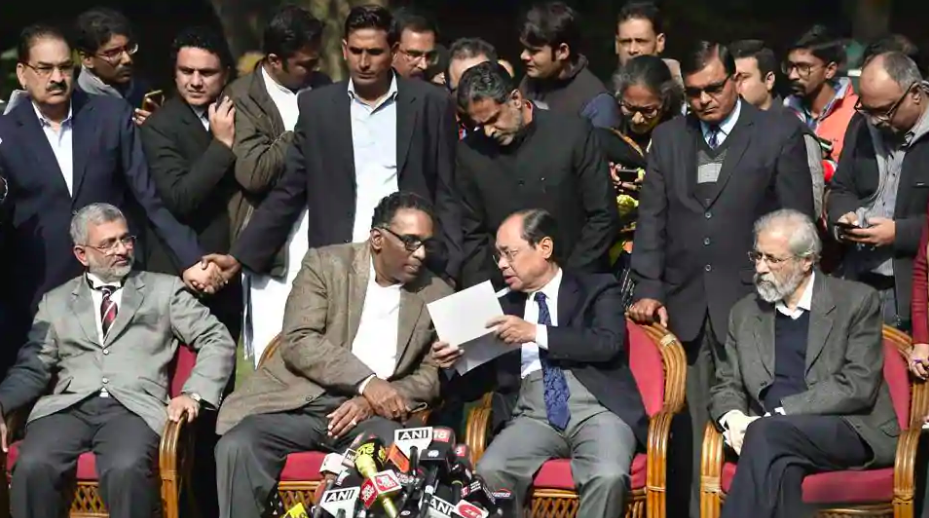 New Delhi: While sentencing senior advocate Prashant Bhushan in the case over two tweets, where the Supreme Court found him in contempt, the bench headed by Justice Arun Mishra also adversely commented on the unprecedented press conference held by four senior judges of the apex court in January 2018 on issues surrounding the opaque manner in which politically sensitive cases were being assigned by the then chief justice, Dipak Misra. In particular, the four questioned the handling of the case concerning the mysterious death of special CBI Judge B.H. Loya. The CJI had marked it to Justice Arun Mishra.

Referring to the press conference held at the residence of Justice J. Chelameswar and also addressed by Justices Ranjan Gogoi (who later in the same year went on to become the Chief Justice of India),  Madan B. Lokur and Kurian Joseph, the apex court remarked today that “we hope it was the first and the last occasion that the Judges have gone to press…”

The Bench also said, “God gives wisdom to protect its dignity by internal mechanism, particularly, when allegations made, if any, publicly cannot be met by sufferer Judges. It would cause suffering to them till eternity.”

Reacting to the bench’s observations, a former judge of the Supreme Court told The Wire, “So four judges condemned unheard. Unnatural justice? Or is it natural (in) justice?”

Also read: More Confident Now Than Ever Before That Truth Shall Prevail: Prashant Bhushan

In their press conference, four of the most senior judges after the then CJI Dipak Misra had come together to protest the functioning of the apex court. While Justice Gogoi acknowledged that the move was prompted by issues surrounding the death of judge Loya, Justice Chelameswar elaborated, saying, “We tried to persuade the CJI that some things are not in order and he needs to take remedial measures. Unfortunately, our efforts failed. We all believe that the SC must maintain its equanimity. Democracy will not survive without a free judiciary.”

The bench of Justices Mishra, B.R. Gavai and Krishna Murari, however, criticised that move made by the four senior judges in its order in the Bhushan contempt matter.

The bench referred to the ‘Restatement of Values of Judicial Life’, adopted in the Chief Justices’ Conference at New Delhi in September 1992 in its order. This statement had spelt out that, “A Judge shall not enter into a public debate or express his views in public on political matters or on matters that are pending or are likely to arise for judicial determination.” 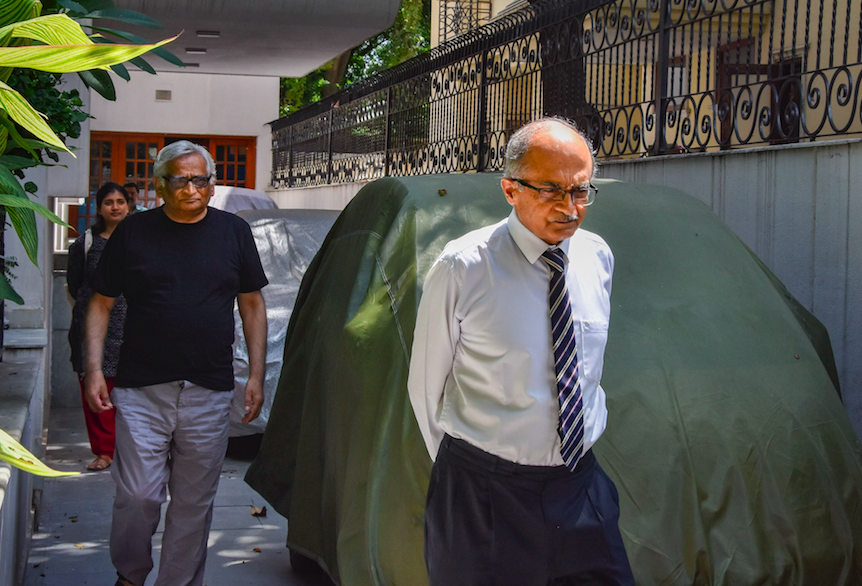 Also, it had stated that, “A judge is expected to let his judgment speak for themselves. He shall not give interview to the media.”

The bench wrote in its judgment that Bhushan had tried to justify his averments on the basis of the press conference of January 12, 2018, by the four senior­-most judges of the Supreme Court. It added, “Concept of equality before law, what is permissible not as to what is impermissible. It is settled that negative equality cannot be claimed as there is no concept of negative equality.”

“Truth can be the defence to the Judges also, but they are bound by their judicial norms, ethics, and code of conduct. Similarly, the code of conduct for advocates is equally applicable to the lawyers also, being part of the system.”

In fact, Justice Chelameswar was asked by the journalist Karan Thapar in a public forum in April 2018 – which he was still a judge of the Supreme Court – about the propriety of the judges’ press conference  in the light of the 1992 values and this is what he had answered, as reported by The Wire at the time:

“Chelameswar’s reply was precise and to the point. Please read the guideline again, he said, it refers to judgments, and indeed judges should not say anything about them beyond what they have already written down. He reminded Thapar of his refusal – in this very interview – to say anything more about the Supreme Court’s judgment on the National Judicial Appointments Commission in which he had been the lone dissenting judge. But the bar on interviews could not possibly apply to a judge’s views on wider issues of relevance to the judiciary, he said. “I go somewhere, press would be there, they report something and if I interact with them, is it prohibited? Similarly, [the four judges] were talking about administrative problems. We were not breaching any of the time-honoured principles that we should not address the press,” he said.”

The bench further ruled that “a lawyer is under obligation to do nothing that shall detract from the dignity of the Court. Contempt jurisdiction is for the purpose of upholding honour or dignity of the court…the contempt jurisdiction is not only to protect the reputation of the Judge concerned so that he can administer justice fearlessly and fairly, but also to protect ‘the fair name of the judiciary’.”

Stating that “the protection in a manner of speaking, extends even to the registry in the performance of its task,” it added that “false and unfair allegations which seek to impede the working of the registry and thus the administration of justice, made with oblique motives cannot be tolerated.”

While sentencing Bhushan, the bench also wrote that it was “not inclined to proceed further in the contempt jurisdiction except to caution the contemnor that this should be the first and the last time of such a misadventure.” It also remarked that the privilege of being an Advocate­-on-­Record under the rules “has clearly been abused by the contemnor” and that the conduct was not becoming of an advocate.