The court has held the petitioner in contempt without following due process or natural justice. 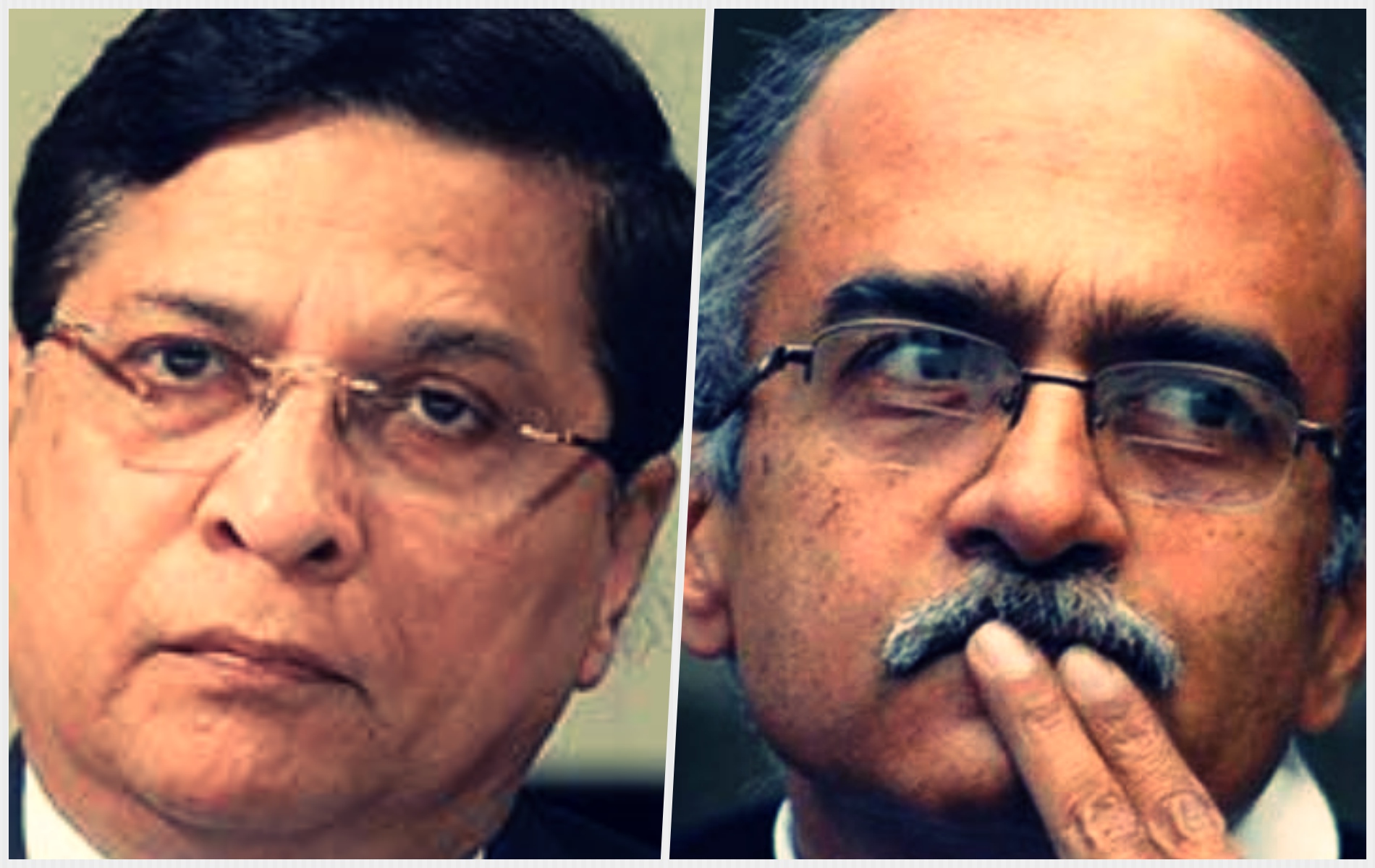 New Delhi: On Friday, the Supreme Court imposed exemplary costs while dismissing the petition filed by the Campaign for Judicial Accountability and Reforms (CJAR) seeking an independent and impartial probe into the ongoing medical college bribery case.

“Accordingly, the writ petition is dismissed with cost of Rs. 25 lakhs to be deposited by the petitioner before the registry of this court within six weeks whereafter the said amount shall be transferred to Supreme Court Bar Association Advocates’ Welfare Fund”, concludes the order by a bench comprising Justices R.K. Agrawal, Arun Mishra, and A.M.Khanwilkar.

Zest as a reason for punishment

The court ordered this on the ground that the petitioner’s pursuit of its second petition in the case “without any remorse by questioning the decision rendered on the subject matter by this court including the plea taken in the earlier petition, as noted in paragraph 29 of the said decision, is gross abuse of the process of court.”

The earlier petition, filed by advocate Kamini Jaiswal, was dismissed by the same bench on November 14. In paragraph 29 of its judgment in Kamini Jaiswal’s case, the bench observed as follows:

“Though it is true, that none of us is above law; no person in the higher echelons is above the law but, at the same time, it is the duty of both the Bar and the Bench, to protect the dignity of the entire judicial system. We find that filing of such petitions and the zest, with which it is pursued, has brought the entire system in the last few days to unrest. An effort was made to create ripples in this Court; serious and unwanted shadow of doubt has been created for no good reason whatsoever by way of filing the petition which was wholly scandalous and ought not to have been filed in such a method and manner.”

If one reads the above paragraph carefully, it would appear that the bench was unhappy because the two petitions were filed without due regard to the right method and manner of filing, and also because they were pursued with “zest”.

Normally, if there are defects in a petition, or proper procedure has not been followed by a petitioner, the court registry asks these defects to be corrected before it will register it. The fact that the registry did not find any defects in the two petitions clearly shows that they were perfectly in order, including the method and manner of their filing. It is not clear, therefore, how the bench found the “method and manner of the filing” of these petitions unacceptable. It is also unclear how the very filing of these petitions “created serious and unwanted shadow of doubt”.

Every petitioner before the court is entitled to pursue his or her prayers in the petition with zest and enthusiasm, and display the same qualities in the course of making submissions in order to convince the bench about its merits. Not doing so could be construed as lack of preparedness by the counsel, and in some cases, could even suggest collusion with the respondents in the case. Therefore, it is inexplicable how the display of zest by a petitioner during the hearing of a petition could lead to the inferring of extraneous motives – and to punishment.

Moreover, it is not clear how the bench inferred such zest in the pursuit of the petition, and found it to have cast a “shadow of doubt” on the court and its principal functionaries. Apparently, the bench equated the petitioner’s refusal to withdraw the petition with what it termed “zest”, without considering the reasons for non-withdrawal.

The bench also blamed the counsel for “attempting to create ripples in this court”, without clarifying what were those ripples, and why those ripples are bad for the institution. Ripples, it could be said, make an institution like the judiciary vibrant, and offer an informal mechanism for self-correction.

Although Jaiswal’s petition was also found to be frivolous, contemptuous and scandalous, she was not asked to pay exemplary costs. The CJAR’s refusal to withdraw its petition during the hearing on November 27 is the unstated reason for the bench to dismiss it “with exemplary costs to ensure that such [an] attempt is not repeated in future”.

The circumstances surrounding the filing of two writ petitions, first by the CJAR and then by Kamini Jaiswal, were discussed by the same bench in its November 14 judgment, which dismissed only Jaiswal’s petition because CJAR’s petition was not listed before it then. Although it was open to the registry to list the CJAR petition along with Jaiswal’s because they were similar, this was not done because these two petitions got separated – for reasons not attributable to the petitioners.

To recapitulate, the CJAR petition was mentioned before court No.2 (headed by Justice J. Chelameswar) on November 8 and then listed before court no.6 on November 10, when Justices A.K.Sikri and Ashok Bhushan referred it to the Chief Justice of India (CJI) for his administrative decision, to tag it with Jaiswal’s petition.

The petition filed by CJAR, unlike that of Kamini Jaiswal, did not make a prayer for the recusal of the Chief Justice of India (CJI) both administratively and judicially from hearing the petition because he headed the bench which heard the matter of recognition to the Lucknow medical college – the subject matter of the FIR filed by the CBI. The CJAR did not make that specific prayer, perhaps because it hoped that the CJI would voluntarily recuse himself from hearing it or assigning it to a bench of his choice. When this did not happen because the CJI assigned it to court No.6 – a bench of his choice – Kamini Jaiswal felt constrained to file her petition with that specific prayer seeking the CJI’s recusal on November 9, which triggered the subsequent events.

When the CJI-led five-judge constitution bench met at short notice on November 10 to annul the decision of court No.2 to refer Jaiswal’s petition to a bench of the first five judges of the court in terms of seniority, and reaffirmed the CJI’s role as the “master of the roster”, it was CJAR’s petition, and not Jaiswal’s, which was listed before the bench. The absence of any reference to Jaiswal’s petition by another bench made it impossible for the November 10 constitution bench to list and hear it that day. It is inexplicable, therefore, why the SC registry did not find it appropriate to list these two petitions together before the three-judge bench on November 14.

In any proceeding before the court, petitioners have the option of withdrawing their petition for various reasons. It is then up to the court to permit or refuse permission for withdrawal. A petitioner may not like to withdraw his or her petition if they believe they would be able to convince the court about its merits.

Prayer for SIT not considered

During the hearing of the CJAR petition, Justice Arun Mishra told Prashant Bhushan, who argued for CJAR, that nothing survived in this petition after the November 14 judgment in the Kamini Jaiswal matter. To this, Bhushan replied that the bench  in the Kamini Jaiswal matter did not consider the prayer of setting up a special investigation team (SIT), headed by a former CJI, to investigate the medical college bribery case, and that was why CJAR’s petition was being pursued.

When Justice Arun Mishra said that the CBI was investigating the medical college bribery case, and this was good enough, Bhushan explained why the CBI could not be trusted to undertake the investigation. He said this was because of the government’s influence over it, and the possibility that the government could use the investigation to compromise the independence of the judiciary. After all, the FIR filed by the CBI deals with a criminal conspiracy for getting a matter pending before the Supreme Court settled. Bhushan emphasised that the purpose is not to name any judge of the Supreme Court but to protect the independence of the judiciary and it was in order to arrive at an impartial investigation that an SIT, headed by a retired CJI, might be appointed.

In response to first the Kamini Jaiswal petition and now the CJAR’s, the bench refrained from going into the merits of the prayers. It has not explained in its judgments why an SIT is not preferable, or why the CBI is best placed to investigate the matter without supervision. Instead, the bench, in both the cases, has questioned the allegations in the CBI’s FIR – and its needle of suspicion against unnamed public servants and private persons who have been arraigned as the accused. But instead of pulling up the CBI for registering the FIR and making “frivolous” allegations, the bench has blamed the petitioners for recklessly doing so.

Ironically, the establishment of an SIT could have helped the court to expose the CBI, if the bench’s conclusions about the “frivolous” allegations contained in the FIR were true.

Due process for contempt not followed

More significantly, the bench recorded a finding that the CJAR petition is “contemptuous” and aims at “scandalising the highest judicial system of the country” without issuing a proper notice of contempt against the petitioners, and seeking their response on why they should not be charged with contempt.

Imposition of exemplary costs on the petition, found to be contemptuous – without the court adopting the proper procedure – opens the bench to criticism because the court appears to have done away with both due process and natural justice in this case.

When the court dismissed Kamini Jaiswal’s petition on November 14, it led some to hope that the tame end would bring the curtains down on the ugly controversy which rocked the court. The imposition of exemplary costs on CJAR – for merely pursuing a writ petition whose prayer remained unaddressed in a related petition which was disposed of earlier – will only draw more attention to the painful chapter in its contemporary history that the Supreme Court does not seem to be able to put behind it..