Even when protected by an Indian Penal Code exemption that allows a dead victim's family to reveal her identity, the media prefers to err on the side of caution 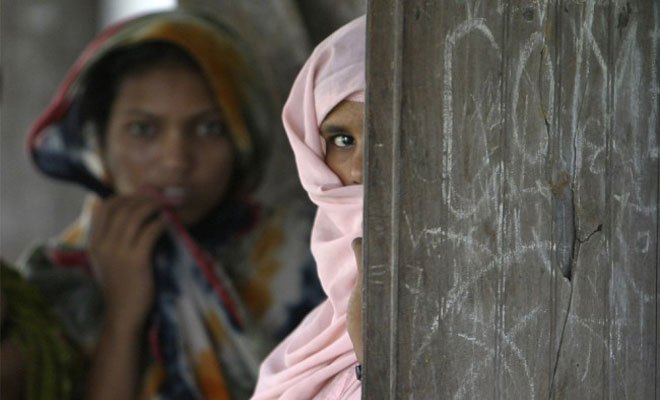 New Delhi: India is a country of glorious uncertainties. Be it the way our laws are formulated and then amended, or the way judges interpret them as per their own sensibilities and understanding, there is absolutely no uniformity or standard yardstick for arriving at conclusions. No wonder, when it comes to even sensitive issues like dealing with rape cases or their victims, again there are laws but nothing to explain the variance in standards applied for different cases.

Sample this. India’s two main bravery awards for children are named after Sanjay and Geeta Chopra, who were kidnapped for ransom but were later murdered. Their kidnappers had initially admitted to raping Geeta but later retracted their statement. Either way, they were both minor victims and the national awards for bravery were instituted in their memory to honour brave children each year.

Letter of the law

But in the present day scenario, the naming of minor victims and victims of sexual assault or printing or using their name in a manner which makes their identity known is prohibited by the law. Section 228 A of the Indian Penal Code lays down the provisions barring the disclosure of identity of the victim of certain offences.

“Whoever prints or publishes the name or any matter which may make known the identity of any person against whom an offence under section 376 (rape), section 376A (rape leading to death or making victim go into a permanent vegetative state), section 376B (sexual intercourse by husband upon his wife during separation) , section 376C (sexual intercourse by person in authority) or section 376D (gang rape) is alleged or found to have been committed (hereafter in this section referred to as the victim) shall be punished with imprisonment of either description for a term which may extend to two years and shall also be liable to fine.”

(a) by or under the order in writing of the officer-in-charge of the police station or the police officer making the investigation into such offence acting in good faith for the purposes of such investigation; or

(b) by, or with the authorisation in writing of, the victim; or

(c) where the victim is dead or minor or of unsound mind, by, or with the authorisation in writing of, the next of kin of the victim.

In the case of the third exception it is further stated that it only applies “provided that no such authorisation shall be given by the next of kin to anybody other than the chairman or the secretary, by whatever name called, of any recognised welfare institution or organization”.

Even in the case of printing or publishing “any matter in relation to any proceeding before a court” in these offences, without the previous permission of the court, punishment can mean imprisonment of up to two years along and a fine.

As these sections clearly lay out, it is wiser not to report the name of a rape victim or a victim of any kind of sexual assault under any circumstances.

From Nirbhaya to Jyoti Singh

The Delhi gang rape case, which had stirred the conscience of the nation, and brought about radical legislative changes in dealing with cases of heinous crime, also showed us that when it comes to dealing with rape victims, the laws in reality exist only in name to protect their identity. As the train of media persons and politicians to her home made clear almost every person in the vicinity of her residence in South West Delhi knew where she lived and what her real name was. Neighbours and acquaintances knew her real name. And her father also revealed it to a foreign publication, stating: “We want the world to know her real name. My daughter didn’t do anything wrong, she died while protecting herself. I am proud of her. Revealing her name will give courage to other women who have survived these attacks. They will find strength from my daughter.”

But the laws of the land bound the Indian media from reporting it, since the father had given the name to a journalist but not to “the chairman or the secretary, by whatever name called, of any recognised welfare institution or organisation”, as stipulated by the IPC.

For a full three years, the identity of the girl everyone referred to as Nirbhaya or the fearless one was thus legally ‘concealed’ even though her name and photographs (showing her as a bubbly, smiling girl) were always there on the net for all to see.

With no one knowing exactly who her real identity was being protected from under the law, her mother in December 2015 once again revealed it before the media. Giving out her name, Jyoti Singh, during a television programme, she said, “I am not ashamed to name her.”

Despite her insistence on making her daughter’s name public, it is unclear whether media publications can still be hauled up for taking it.

As such, some newspapers still do not use Jyoti’s name. Explaining the reason, the reader’s editor of The Hindu stated in a column that “it is prudent to err on the side of caution rather than relying on interpretation of law alone”.

He had cited the advice of a lawyer who had pointed out that the exception provided in Section 228A(2)(c) of the IPC “talks about authorisation in writing either by the victim, or in the case where the victim is dead or is a minor or of unsound mind, by the next of kin of the victim.”

The counsel’s contention was that the statement of Nirbhaya’s mother, made before a large public audience, would fit the requirement of the exception, if it was read in its spirit. But there can never be certainty on the interpretation of law.

When it suits them, the police go by the rule book of booking people for naming rape victims in the public domain, irrespective of the context in which the name is taken or whether it really would impact the privacy of the victim or her family.

The latest casualty of such mindless application of this rule is Delhi Commission for Women chairperson Swati Maliwal, who has been booked for allegedly revealing the identity of the Dalit girl who was raped in Burari, and who succumbed to her injuries recently.

The Delhi Police said Maliwal had circulated to the print and electronic media a notice she had sent to deputy commissioner of police Madhur Verma last week, in which the name of the victim was mentioned. The FIR said the notice was intentionally circulated on various WhatsApp groups and was even shown during prime time programme by television channels.

Maliwal responded to the FIR in a combative manner. “My fault: Raised questions on failure of Delhi Police in protecting 14 year old girl. Will raise more issues. Not scared of FIR. Jai Hind,” she tweeted. But given the letter of the law, such bravado will be of little help, even if the Aam Aadmi Party were to state that it being victimized by the Narendra Modi government through the Delhi Police. The law is quite clear – the moment you make known a rape victim’s name, you face charges under Section 228 (A).

Though Maliwal claimed that she had not released the name of the victim, in the same breath she also asked: “Also, why shud [sic] rape victim hide her identity? Shouldn’t rapists be hiding? Is it the shame of a victim that she was subjected to cruelty?”

She probably did not realize that such arguments do not matter much in hindsight.

Many politicians have in the past erred while dealing with such cases. Two years ago, another AAP leader, Alka Lamba – who was then with the Congress – was booked for by the police in Lucknow for sharing the photograph of a rape victim online. The victim had been raped and murdered and her body was found in the Mohanlalganj area.

Earlier this month, a member of the Rajasthan State Commission for Women also had to resign from her post after her selfie with a rape victim went viral and drew immense criticism. Resigning from the post, Somya Gurjar said: “I have not done anything wrong but tendered my resignation on moral grounds if my action has hurt anybody’s feelings”. Her actions were termed by the chairperson of the State Commission for Women, Suman Sharma, as “very insensitive”. But she was not arrested.

Often even the police and the courts also err while dealing with rape victims. In June this year, the Bihar police had drawn a lot of criticism for posting the names and addresses of two rape victims, including one who was a minor, on its Facebook page.

Though the posts were removed after just half an hour, as the cops realized their mistake, the damage had been done.

Ironically, when it comes to the judiciary and the courts, which are supposed to safeguard the laws, the violations on their part are immense.

A study by Rahat, a support programme for rape survivors initiated by NGO Majlis, that had surveyed over 600 victims over three years, had in 2015 revealed that in 36% cases between 2011-12, the victim’s name appeared in the judgment despite the Supreme Court guidelines to keep it confidential.

Also, it had claimed that in the 154 cases that were studied, it was found that the chargesheet given to the lawyers of the accused had all the details of the victim despite the fact that truncated chargesheets should be given in such cases.

Moreover, “in some cases, especially high profile cases, copies of the chargesheet are given to the reporters present in trial courts,” the survey had pointed out.

Clearly a new yardstick and a fresh view towards this entire issue is needed in consultation with all stakeholders to deal with cases of rape, their reporting, the right of privacy of the victims, alive and dead, and the right of the families of the latter to reveal their identity, if they so want.