I Am Waiting for the Right Moment to Strike. I Will Speak Up: Rohini Salian

The Mecca Masjid verdict is an uncanny reminder of the Malegaon blast case for the ex-public prosecutor, who was shunted out from NIA but has not yet been 'denotified' from the case. 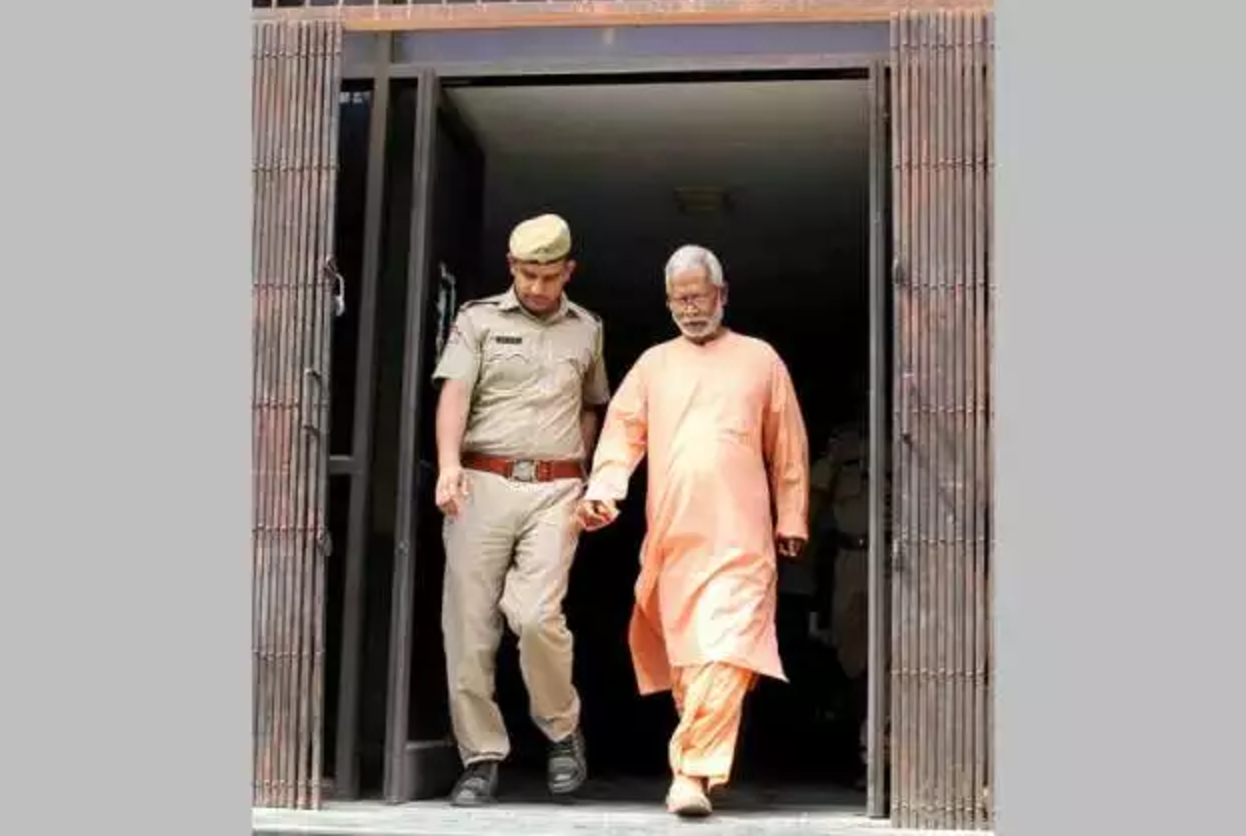 Mumbai lawyer Rohini Salian had a sense of deja vu when earlier this month all the accused in the Mecca Masjid blast in Hyderabad on May 18, 2007, were declared not guilty by an NIA court. It is a “quintessential example” of how the prosecution can sabotage its own case.  The blast had killed nine persons and injured several others.

In 2014, soon after the BJP came to power at the centre, the National Investigation Agency (NIA) had unceremoniously ousted Salian, an experienced special public prosecutor, from two high-profile investigations – the Malegaon bomb blasts of 2006 and 2008.

In 2016, Salian broke her silence and made an explosive revelation about the investigating agency’s alleged direction to her to “go soft” on the accused. When she refused to budge, she was shunted out without an explanation.

Another prosecutor was brought in overnight and the eventual results were disastrous–the watertight case built against 12 accused in the case by the Maharashtra state Anti-Terrorism Squad (ATS) fell apart after the special NIA court decided to drop the stringent Maharashtra Control of Organised Crime Act (MCOCA) against the accused, virtually giving a clean chit to everyone. To apply MCOCA, two previous chargesheets are mandatory against at least one accused. In this case, the ATS had relied on two criminal cases against one of the accused, Rakesh Dhawade, who had two similar cases registered against him in 2003 in Jalna and Parbhani district in Maharashtra.

“There is no material to show that in the year 2002-03, when the incidents at Jalna and Parbhani took place, Abhinav Bharat (the organisations that all Malegaon accused allegedly belonged to) was in existence. There is also no material to show that during the period, Dhawade or any other accused in those cases had any connection with present accused persons at that time. In such circumstances, it cannot be said that accused persons including Dhawade committed the acts in Parbhani and Jalna as a member or on behalf of crime syndicate Abhinav Bharat,” the NIA special judge S.D. Tekale had observed. 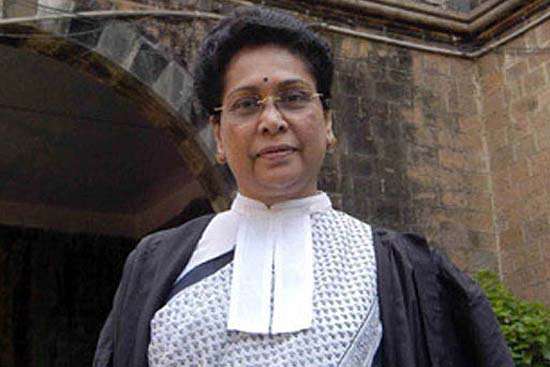 Now, after the latest judgment, Salian – who has a 36-year-long career as a lawyer, 25 of these as a public prosecutor – has discerned a pattern. After the BJP came to power in 2014, there was meddling with the investigations in all cases involving Hindu extremists, she says: Malegaon 2008 bomb blast cases and Mecca Masjid are two of these. In an interview with The Wire soon after the Mecca Masjid verdict, Salian went over not just the case she was handling but also analysed the manner in which the authorities have been watering down the prosecution’s case in several instances.

When the special NIA court in Hyderabad on April 16, 2018 acquitted all five accused, it observed that the investigating agency failed to build evidence against the accused. Of the 226 witnesses examined in the case, almost 65 had turned hostile.

But what is really strange, says Salian, is the NIA’s reliance on the prime accused of Malegaon blast as witnesses to prove its case in Mecca Masjid. Especially when the accused in both the Malegaon and Mecca Masjid blasts indicated a common link as they were accused of being a part of the Hindu militant outfit Abhinav Bharat. Lieutenant Colonel Prasad Purohit was one of the seven accused who were made to depose in the Mecca Masjid trial.

“Is it not strange that the prosecution thought it can allow one set of accused in an almost identical case of terror to be made a witness in another case. The result is predictable. They are bound to turn hostile,” she told The Wire.

When Purohit was made to depose against the prime accused, Aseemanand, in the Mecca Masjid blast case, he refused to corroborate the statement recorded by the CBI, which was investigating the case before NIA stepped in. CBI had added him as a witness along with six other accused, including retired colonel Ramesh Upadhyay, Ajay Rahirkar, Shiv Narayan Kalsangra and Shyam Sahu. All of them, as expected, turned hostile before the NIA court. “NIA should explain what its rationale behind was for using one set of accused (as witnesses) from the same organisation against the other accused,” she said.

Salian feels similar care was taken in the Malegaon 2008 case, too, to “water down” the investigations. The ATS had identified individual roles and had backed it with strong evidence, Salian says. She was roped in the case right at the beginning when the then ATS chief Hemant Karkare was heading the investigations. Following Karkare’s death in the November 27, 2008 terror attack in Mumbai, the investigations went through several changes. After ATS, the case was handled by the CBI and eventually landed with the NIA in 2011, soon after its formation.

Salian claims there are clear differences in the way the investigations were handled, especially in the Malegaon blast case of 2008, which she was a part of. “These can be divided into three parts – pre- 2011, 2011-2014 and 2014 onward.” The initial investigations for the first time had names of Hindu accused as a part of an “organised crime syndicate” trying to topple the sovereignty of the country. “The arrest and subsequent interrogation of one of the prime accused Dayanand Pandey had given us clinching evidence against the other accused. The laptop recovered from him had videotaped evidence of most conspiracy meetings, minutes of those meetings and names of some eminent persons,” Salian added.

She claims the NIA tried to sideline all that evidence and that led to discharge of accused from the stringent MCOCA law in December last year. “What could be more confirming evidence against them than the videotaped event showing the accused conspiring to topple the government and forming a government in exile in Israel,” Salian asked. The Modassa incident in Gujarat had a striking similarity with the Malegaon blast, even the manner in which the bombs were assembled, says Salian. Credit: PTI files

She said she was particularly disturbed after she was asked to go slow on the accused. “It was not an easy task. When the ATS took over the investigations in 2008, the situation was volatile. It had taken a great deal (of hard work) to file that chargesheet. Anyone with a prudent mind who goes through those papers would know our case. But none of what we wrote in those 4,000-odd pages (chargesheet) were honoured and presented to the court when NIA filed its chargesheet in 2016,” she said.

Salian feels the evidence gathered during the Malegaon investigations were not just limited to that one case but also had several crucial leads to other cases too. “The NIA closed the investigations in Modassa blast case where Hindu extremists were named. But the fact is that the Modassa incident had a striking similarity with the Malegaon blast, even the manner in which the bombs were assembled.”

In the 16-page final report filed before the special NIA court, the NIA sleuths blamed the Sabarkantha district police for taking away the crucial time in the investigations and causing “loss of evidence”. The local police too had claimed it could not find any evidence to chargesheet anyone in the case. There were striking similarities between the Modasa blast and the Malegaon bombing, which took place a day before on September 29, 2008. Both cases took place around the same time – 9:30 pm – and in both instances, the explosives were concealed inside a motorcycle.

Looking back, Salian says the situation was not as bad when the NIA had taken over in 2011. “It was difficult to trust everyone and I had worked with a committed team who were in sync with each other. Although I sensed infiltration had already begun into the NIA and not everyone in the newly formed team was in favour of building a strong case. But still, we had some very efficient officers. They stood by me and diligently investigated the case. But they too were shunted out when I was asked to hand over the case in June 2014,” Salian said. Some of those officers, Salian claims, were either sent back to their parent cadre or were sidelined in the NIA.

She also pointed at the four years between 2011 and 2014 when a team of three senior NIA officers had carried out investigations, but their findings have not been documented anywhere. “By the time the team had finalised their findings and were ready to file a supplementary chargesheet in 2014, they were stopped and soon after, also removed from the case,” Salian claimed.

In her interview to the Indian Express in 2015, Salian had named Suhas Warke, a superintendent of police in the NIA who had allegedly asked her to go soft on the Malegaon 2008 accused. After her interview, Warke was moved out of the NIA. “He is back in the ATS and the irony is that he is again handling the case from the ATS end. So, they are ensuring the case is destroyed from its roots,” Salian told The Wire.

Though Salian openly named an officer and even later submitted an affidavit in a sealed cover to the Bombay high court, which was forwarded to the Supreme Court, the NIA has not taken any concrete action against the said officers. In fact, Salian says they have not even denotified her from the case yet. “They know the moment they come for me, they would be opening a Pandora’s box. But I am waiting for the right moment to strike. I will speak up, sooner or later,” she added.