Sabarimala: A Guide to the Tricky Issues Facing the Supreme Court

The Supreme Court will have to carefully balance the interplay between an individual’s right to faith, a temple’s right to manage its affairs and the state’s religious reform mandate.

The Congress party in Kerala has been reiterating that it "stands with the devotees." Credit: Saurabh Chatterjee/Flickr CC by 2.0

Note: This article was first published September 12, 2018 and is being republished on September 28, 2018 as the Supreme Court will be pronouncing its verdict later in the day.

The Supreme Court’s Sabarimala judgment is expected shortly. This has the potential to be a landmark judgment, as it could set a precedent regarding questions of freedom of religion and equality for years to come.

The apex court is assessing the constitutionality of the Sabarimala custom of excluding women in their ‘menstruating years’. The custom is currently allowed by Rule 3(b) of the Kerala Hindu Places of Public Worship Act, 1965.

What interpretive tools does the Supreme Court have at its disposal? The bench might consider adopting a hands-off, narrow approach. Anticipating public outcry, the court might fear that they are appearing to be subjecting a religious custom to external moral scrutiny. The bench could simply rely on the fact that Rule 3(b) goes beyond what a rule is allowed to do. A rule is supposed to support a legislative Act. Yet Rule 3(b) does the opposite: it supplants the Act it belongs to. This is grounds for striking Rule 3(b) down.

The Supreme Court could equally opt for a more hands-on approach. Chief Justice of India Dipak Misra might see this as a legacy-establishing judgment. One interpretive approach that has gained traction under him is the transformative constitutionalism approach. It imagines the judiciary guiding India towards a more just future. CJI Misra wrote in his Section 377 judgment: “The purpose of having a Constitution is to transform…society.”

If the court relies on this approach, it will likely mean that it will set restrictions – to what extent is hard to predict – on the Sabarimala custom. They would likely not only strike down Rule 3(b) but also provide guarantees to female worshippers – to ensure that their fundamental rights are not infringed upon. 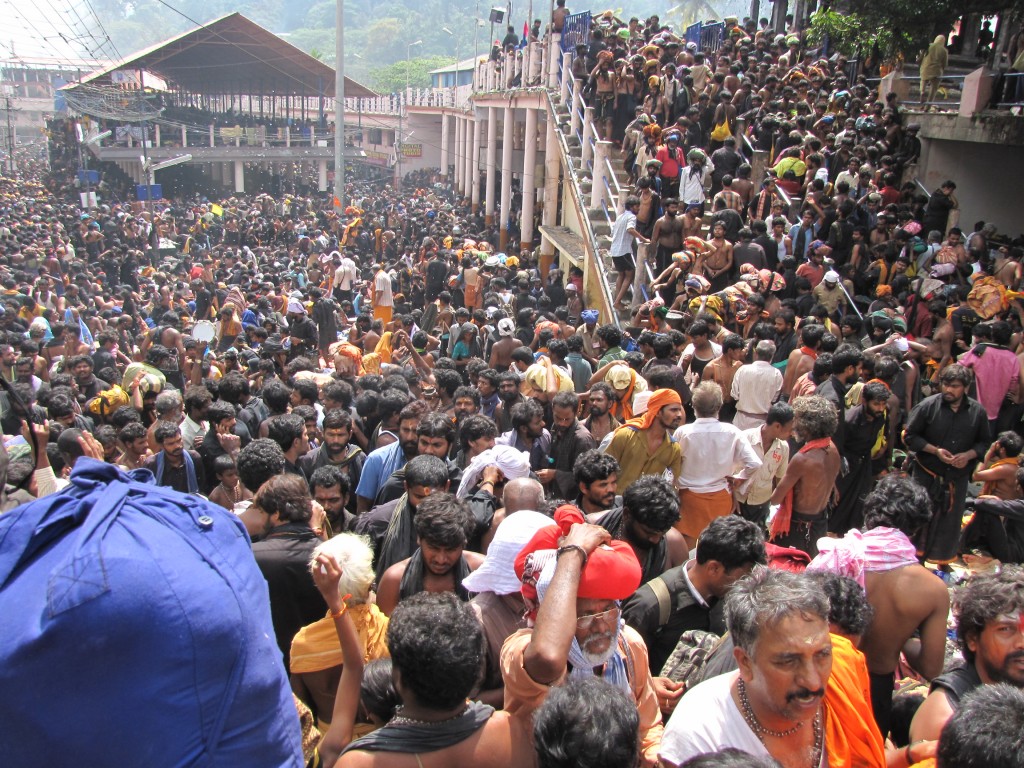 If the Supreme Court takes a more hands-on approach, the biggest issue it will have to deal with is balancing competing claims to freedom of religion. On one hand, there are the female worshippers, and on the other, the Sabarimala temple and its orthodox followers. On this issue of freedom of religion, the tension between the female worshippers and the Sabarimala temple is two-fold. First, they both claim the individual right to practice faith under Article 25(1) of the constitution. The women argue that access to the temple is essential for practising their faith. The orthodox argue that they cannot practise their faith if women capable of menstruating were allowed entry. Practising celibacy is a core tenet for the followers of Lord Ayyappa, a Naishtika Brahmachari. And the orthodox believe that menstruating women are not celibate, though the connection between menstruation and celibacy is tenuous.

Second, there exists a tension between the female worshippers and the Sabarimala temple as an institution. The temple has the denominational right to manage its internal religious affairs under Article 26(b). Its denominational right is not boundless, however. It is subject to the state’s religious reform mandate under Article 25(2)(b). The state can make laws to open up Hindu places of worship to all ‘sections and classes’.

The Supreme Court will have to carefully balance this interplay between an individual’s right to faith, a temple’s right to manage its affairs and the state’s religious reform mandate. For the sake of brevity, let us take look at just one of these components. It will give us a sense of the complexity of the task the SC is faced with.

Can a denomination’s right to manage its religious customs override an individual’s right to practice faith? The Kerala high court, in 1991, said yes.Using a literal reading of the constitution, they observed an individual right to faith under Article 25 is subject to other fundamental rights, including the denominational right under Article 26(b). Article 26(b), on the other hand, is not explicitly subject to other fundamental rights.

In privileging a group’s right over an individual’s, the Supreme Court failed to understand who the constitution is intended for, namely the individual.

We believe the Kerala high court was mistaken. In privileging a group’s right over an individual’s, it failed to understand who the constitution is intended for, namely the individual. The constitution takes the individual as its unit. Group rights are a means to better safeguard individual rights. Group rights are to be applied outwards, to protect groups from state interference. For example, they can be applied to protect religious groups from financial regulation or from land grabs. Group rights, such as the right to manage religious affairs, ought not to be applied inwards, to chokehold the fundamental rights of a group’s members. Article 26, which grants religious denominations many of its rights, subjects denominations to constitutional ‘morality’. Surely, constitutional morality includes the guarantee of fundamental rights to individual citizens. We need to ask ourselves: do group rights even make sense in the absence of individual rights?

The apex court might hesitate to directly rule that the Sabarimala temple, in exercising its denominational rights, has violated the individual rights of female worshippers. In doing so, the court could be seen as capriciously subjecting the Sabarimala temple to external moral standards. One interesting option for the Supreme Court is to simply rule that the temple is a sub-sect of Hinduism. Hindu denominations are by definition subject to the state’s religious reform mandate, under Article 25(2)(b). Lawyers for the temple have argued that it is a non-Hindu denomination. But given the temple’s obvious roots in Hinduism, this is a difficult argument to make. They have relied on the fact that there are non-Hindu followers of Lord Ayyappa. But the Supreme Court could easily rule that this alone is not sufficient for gaining non-Hindu denominational status, drawing an analogy to Sufism, which remains a sub-sect of Islam despite having non-Muslim followers.

How the judges deal with each of the major issues in this case has the potential to shape its freedom of religion and equality jurisprudence for years to come.

This case is extremely nuanced. We hope the judges don’t shy away from the challenge.

Satya Prasoon and Jai Brunner are with the Centre for Law and Policy Research where they are associated with the Supreme Court Observer project.