The high court, without citing any evidence, held that 'public is vitally interested in this project'. 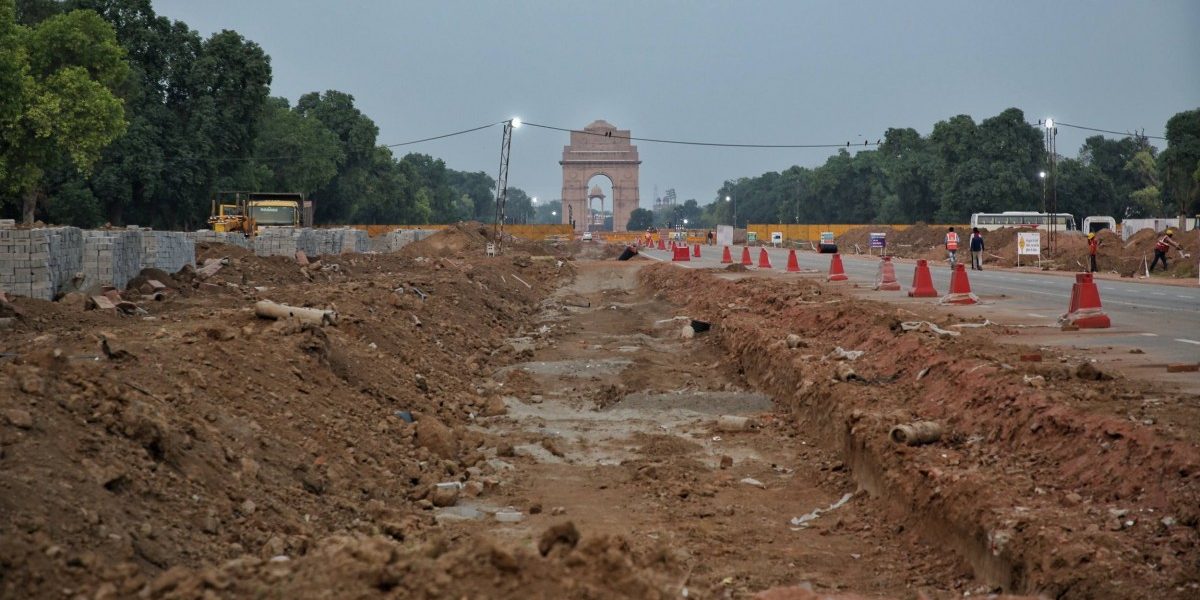 New Delhi: On Monday, the bench of Delhi high court Chief Justice, D.N.Patel and Justice Jyoti Singh dismissed the public interest litigation petition, filed by well-known translator and interpreter Anya Malhotra and historian and documentary filmmaker Sohail Hashmi, seeking a halt to the Central Vista Avenue Redevelopment Project in the capital, which allegedly poses a serious health hazard to its workers and Delhi’s citizens in view of the current pandemic.

What is likely to surprise most observers is not the dismissal itself, but the manner the bench chose to dismiss it.

In their submissions during the hearing of the plea to halt the Central Vista Avenue Redevelopment Project before the Delhi high court, even the Central government and the Respondent No.4, the Shapoorji Pallonji Group which had secured the project contract, did not make any claim that the public is vitally interested in the continuation of the project, let alone back it up with evidence.

Obviously, a claim of this nature is difficult to prove in a court of law, as it has to be backed up with instances of sections of the public demanding the initiation and completion of the project, either in the media or in the public fora. With no instance of open public support for the project’s initiation or continuance, the respondents wisely refrained from making such a claim in their oral or written submissions before the court.

On the contrary, as there are several instances of stakeholders and members of the public expressing serious concerns over the project and its continuance in the public domain, it was expected that the respondents would seek to allay the concerns of the petitioners.

In other words, the high court might have been satisfied why the project is important and cannot be interfered with at this stage, because it felt that – even if it did so on erroneous grounds – its timely completion is of the essence.

Also read: ‘If People Can’t Breathe, What Will They Do With a New Parliament?’

But that doesn’t explain whether the public is equally interested in the project, unless the high court makes a clear distinction between its “inference” of “public being interested” and the actual public interest in the timely completion of the project, despite its concerns over public health. The high court, instead of making such a distinction, has chosen to mask its inference of the “public being vitally interested” in the project as its finding, in order to dismiss the petition.

Since the workers are staying on-site, there is no question of issuing directions to suspend the work of the Central Vista Avenue Redevelopment Project, the bench has held. Construction activity is not prohibited under paragraph-8 of the order of the DDMA dated April 19, 2021 issued under section 22 of the Disaster Management Act, 2005, where workers are residing on-site, contrary to the stand of the petitioners, the bench has added.

“Several facilities have been provided by the company to workers/labourers working onsite, such as residence/accommodation, medical facilities, covid-19 care centres, etc. Respondent 4 has ensured that Covid-19 protocols and Covid-19 appropriate behaviour like social/physical distancing, thermal screening, masking, sanitization etc. are scrupulously adhered to and implemented at the project site,” the bench has held, clearly ruling out the risks involved in considering construction activity as essential during the second wave of the pandemic.

Petitioners have not been able to substantiate the allegations made in the writ petition and/or the alleged breach or violation of the DDMA orders, the bench has held. This clearly ignores the petitioners’ explanation why they could not do so, citing the restrictions imposed following the surge in cases. That is why the bench was expected to stay construction pending an impartial enquiry to facilitate the finding of facts to address the petitioners’ concerns, rather than uncritically accept the respondents’ claims regarding health and safety at the project site.

On the contrary, the bench found that the challenge to the on-going construction activity with regard to one particular project, is a pointer to the ill-intent and lack of bonafides of the petitioners in filing the present petition (emphasis by the court).

Again, the high court has completely ignored the contention of the petitioners in this regard. They asked the court to separately take up other construction projects currently going on in the capital, and seek accountability, as the petitioners are unable to collect facts of such projects on their own. They chose the Central Vista Project because partial information about it is available in the public domain, triggering concerns. It does not mean that they are not concerned about the consequences of continuing other similar projects during the pandemic.

Watch: Nero’s Pride: Not Even a Pandemic Can Stop the Central Vista Project

“The project is a vital public project. It is obvious that petitioners have selectively chosen only one project which of national importance at a vital place where Republic Day celebrations are held in Delhi, and which is to be completed within a time bound schedule, that is, on or before November 2021,” the bench has observed. It is clear that for the bench, meeting the deadlines of what is considered as vital public project are of more significance than protecting the citizens’ right to life and liberty, which subsumes the right to health, and to avoid superspreader events during a pandemic.

“We are of the view that this is a motivated petition preferred by the petitioners and not a genuine public interest litigation. The petition is dismissed with costs of Rs.1 lakh to be deposited by the petitioners with the Delhi State Legal Services Authority within four weeks from today. The amount shall be utilised for the programme, Access to Justice,” the bench has concluded.

Ironically, while shooting the messengers, the bench has not bothered to even hint their probable motives. The bench’s silence on the Supreme Court’s suggestion to advance the hearing of the case from May 17 to an earlier date in view of the petitioners’ concerns and its failure to accept it makes one wonder whether the bench’s attribution of motives to the petitioners is disproportionate.