The victim, in her dying declaration, has reportedly mentioned the names of four persons who raped her. 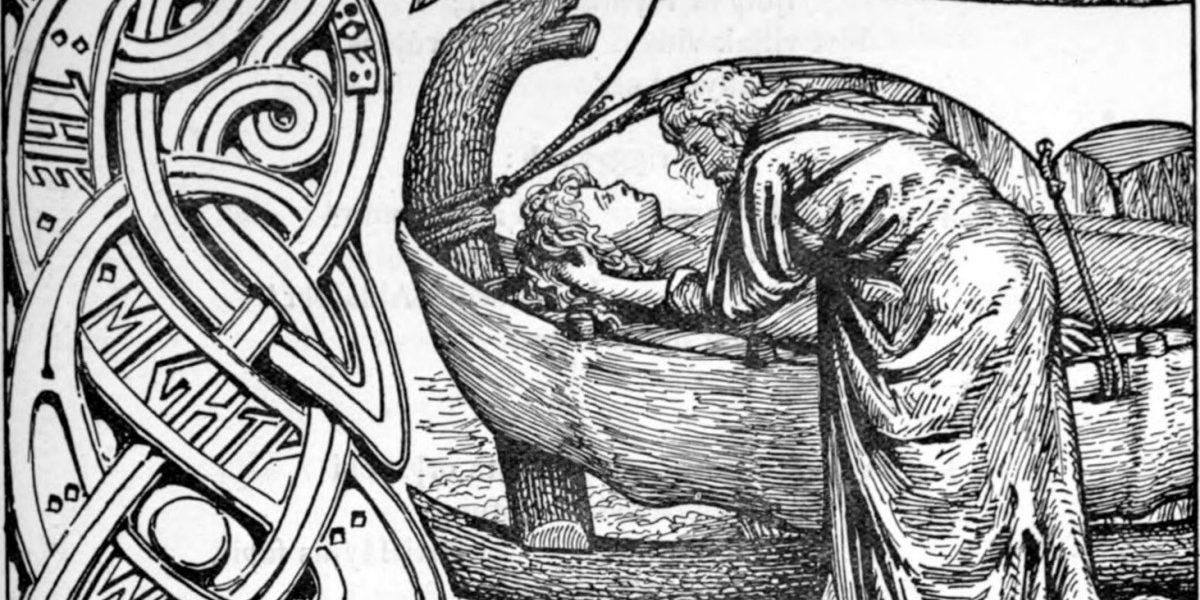 New Delhi: The teenaged victim of the gang rape at a Hathras village in Uttar Pradesh gave a dying declaration to a magistrate in Aligarh on September 22 before her death a week later. In it, she reportedly named four men – Sandip Singh, Ramu Singh, Ravi Singh and Lavkush Singh, who have been arrested – and alleged that they raped her, besides physically assaulting her on September 14.

The full text of the dying declaration, when made available to the trial court, will throw more light on the validity of her allegation. But the death summary and autopsy report, released by Safdarjung Hospital, New Delhi, where she was treated, mentioned strangulation, cervical injuries, sepsis and cardiopulmonary arrest as the final diagnosis. Her vagina showed healed tears and wounds, said the post-mortem report.

These initial findings seem to corroborate the reported contents of the dying declaration.  The denial of gang-rape allegations by the Uttar Pradesh police, on the basis of the forensic report that no sperm was found on her body, will also be considered, and most probably rejected, because the presence of sperm on the body of the victim is no condition precedent to arrive at the finding of rape.

Having said that, her dying declaration is bound to raise the oft-repeated question of whether it can be the sole basis for convicting the accused, for the offence of rape as well as murder.

The law on dying declarations

Under Section 32(1) of the Indian Evidence Act (IEA), a statement by a person – who is conscious and knows that his or her death is imminent – concerning what he or she believes to be the cause or circumstances of such death can be introduced into evidence during a trial in certain cases. A dying declaration is credible and trustworthy because of the belief that a dying person does not lie. This is based on the maxim nemo mariturus praesumitur mentire, that is, a man will not meet his maker with lie on his mouth.

Had the Hathras victim recovered from her injury and not died on September 29, her statement recorded on September 22 could not have been treated as ‘dying declaration’ and may be inadmissible under Section 32(1) of the IEA. Therefore, the question whether her death was ‘medically’ imminent on September 22, and whether she had any hope of recovery on that date can only be answered by the doctors who treated her.

But the Nirbhaya case, in which the victim died after giving three dying declarations on different dates, and all the three were found valid and consistent by the courts – from the trial court to the Supreme Court – may well become the precedent in this case. Nirbhaya was assaulted on December 16, 2012, and died on December 29, 2012 at Mt. Elizabeth Hospital, Singapore. Her three dying declarations were recorded on December 16, 21 and 25, 2012 when she was under treatment, which ultimately did not yield her recovery from the injuries she suffered.

In the Nirbhaya case, dying declarations were corroborated in material particulars by medical evidence, evidence of injured witness, matching of DNA profiles generated from blood-stained clothes of the accused, iron rod recovered at the behest of deceased accused Ram Singh and various articles recovered  from the bus with the DNA profile of the victim; recovery of belongings of the victim at the behest of the accused (debit card recovered from accused Ram Singh and Nokia mobile from A-4 Vinay). The dying declarations, well corroborated by medical and scientific evidence, strengthened the prosecution’s case by conclusively connecting the accused with the crime.

The Delhi gang-rape victim wrote the names of the accused persons in her own handwriting in the dying declaration recorded by PW-30. The Supreme Court found all the three dying declarations consistent, true and voluntary, satisfying the test of probabilities factor, considering the facts and circumstances of the case and upon appreciation of the evidence and material on record.

The three dying declarations were found consistent with each other. As per law, where there are no material contradictions, the dying declarations can be completely relied upon without corroboration “The prosecutrix made a truthful statement, and the prosecution has established the case against the respondents beyond reasonable doubt,” the Supreme Court recorded in its judgment in the case.

A dying declaration need not necessarily be by words or in writing. It can be by gesture or by nod, if proper care is taken at the time of recording the statement. The only caution the court ought to take is to ensure that the person recording the dying declaration was able to correctly notice and interpret the gestures or nods of the declarant. In the Nirbhaya case, while recording the third dying declaration, signs/gestures made by the victim, in response to the multiple choice questions put to her, were thus found admissible in evidence.

As the victim was conscious, oriented and meaningfully communicative, it was natural that the victim was in a position to write the names of the accused persons and also about the use of long iron rod, the Supreme Court added. The third dying declaration recorded through nods and gestures and also by the victim’s own writing inspires confidence; the same was rightly relied upon by the trial court as well as the high court, the Supreme Court concluded.

All the three dying declarations depict a truthful version of the incident, particularly the detailed narration of the incident concerning the rape committed on the victim, insertion of iron rod and the injuries caused to her vagina and rectum, unnatural sex committed on the victim and throwing the victim and PW-1 (her male friend) out of the moving bus. All the three dying declarations being voluntary, consistent and trustworthy, satisfy the test of reliability, the Supreme Court held.

In the Nirbhaya case, her dying declaration conclusively established that she was brutally gang-raped, beaten by an iron rod, subjected to other harsh atrocities and was finally dumped at an unknown place. While making the third declaration, the victim also tried to reveal the names of the accused by writing in her own handwriting, namely, Ram Singh, Mukesh, Vinay, Akshay, Vipin, Raju.

In the second dying declaration, she had stated that the accused were addressing each other with the names like “Ram Singh, Thakur, Raju, Mukesh, Pawan and Vinay”. Though there are improvements in giving details of the incident, names of the accused etc., there were no material contradictions between the first and second dying declarations. In the second dying declaration, the victim narrated the entire incident in great detail, specifying the role of each accused, rape committed by number of persons, insertion of iron rod in her private parts, description of the bus, robbery committed and throwing of both the victims out of the moving bus in naked condition. In the first dying declaration, she stated that more than two men committed rape on her, bit her on lips, cheeks and breast and also subjected her to unnatural sex.  The first statement was recorded by PW-49, Dr Rashmi Ahuja immediately after the victim was admitted to the hospital; the second was recorded by PW-27 sub-divisional magistrate, Usha Chaturvedi on December 21, 2012; and the third was recorded by PW-30, Pawan Kumar on December 25, 2012.

Though the dying declaration is entitled to great weight, the accused has no power of cross-examination. This is the reason the court insists that the dying declaration should be of such a nature as to inspire full confidence of the court in its correctness. The court has to be on guard that the statement of the deceased was not as a result of either tutoring, prompting or a product of imagination. The court must be further satisfied that the deceased was in a fit state of mind after a clear opportunity to observe and identify the assailants. Once the court is satisfied that the declaration was true and voluntary, undoubtedly, it can base its conviction without any further corroboration. It cannot be laid down as an absolute rule of law that the dying declaration cannot form the sole basis of conviction unless it is corroborated, the Supreme Court has held in several cases.

In her dying declaration, Nirbhaya maintained that the accused persons were exhorting that she had died and she be thrown out of the bus.

When the accused in her case relied on the absence of videography of the dying declaration, the Supreme Court observed that it is only a measure of caution and in case it is not taken care of, the effect of it would not be fatal for the case and does not, in any circumstance, compel the court to completely discard that particular dying declaration.

There is no requirement of law that a dying declaration must necessarily be made to a magistrate and when such statement is recorded by a magistrate there is no specified statutory form for such recording. Consequently, what evidential value or weight has to be attached to such statements necessarily depends on the facts and circumstances of each particular case. “What is essentially required is that the person who records a dying declaration must be satisfied that the deceased was in a fit state of mind,” the Supreme Court held in the Nirbhaya case.

Where it is proved by the testimony of the magistrate that the declarant was fit to make the statement even without examination by the doctor, the declaration can be acted upon provided the court ultimately holds the same to be voluntary and truthful. A certification by the doctor is essentially a rule of caution and therefore the voluntary and truthful nature of the declaration can be established otherwise, the Supreme Court added, citing case law on the subject.

The legal position regarding the admissibility of a dying declaration is settled by the Supreme Court in several judgments. A dying declaration is an important piece of evidence which, if found veracious and voluntary by the court, could be the sole basis for conviction. If it is found to be voluntary and made in fit mental condition, it can be relied upon even without any corroboration.