On May 2, the Gujarat MLA had said that he was being targeted ahead of the assembly elections later this year by the BJP. 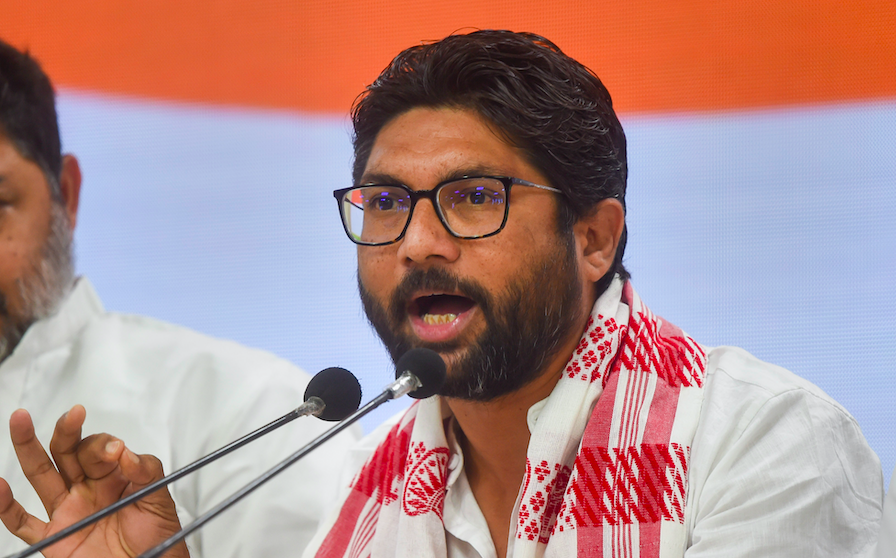 New Delhi: A Gujarat court on Thursday, May 5, sentenced Vadgam MLA and Dalit leader Jignesh Mevani to three months of jail in a 2017 case slapped on him for taking out a rally without permission.

Nine others, including NCP functionary Reshma Patel and some members of Mevani’s Rashtriya Dalit Adhikar Manch, have also been sentenced in the case of holding an ‘Azadi’ or ‘freedom’ march.

Additional Chief Judicial Magistrate J.A. Parmar held Mevani and others guilty of being part of an unlawful assembly, under Section 143 of the Indian Penal Code.

The Mehsana ‘A’ division police had lodged an FIR under section 143 of the Indian Penal Code against Mevani and others for taking out the ‘Azadi march’ from Mehsana to Dhanera in Banaskantha district without permission in July 2017.

Reshma Patel, then a supporter of reservation for the Patidar community, was not associated with the NCP when she took part in the march.

Of the 12 accused named in the FIR, one has passed away and one is absconding.

News of the sentencing has raised questions on whether Mevani would be allowed to contest the assembly election in the state later this year.

Last week, Mevani was arrested by Assam police in back-to-back cases – one over criticism of Prime Minister Narendra Modi and the other alleging molestation, which was called a ‘false case’ by a court. He received bail in both.

Mevani has been openly critical of the Bharatiya Janata Party government, even vowing not to delete the original tweet against Modi for which he was first arrested.

Two days after he was released on bail, he accused the BJP government of allegedly framing him in frivolous charges as serious crimes in the state lay unattended by investigative bodies.

At a press briefing at the Congress headquarters, Mevani alleged that his arrest was part of a “pre-planned conspiracy” by some “Godse bhakts” – followers of Mahatma Gandhi’s assassin Nathuram Godse – in the Prime Minister’s Office.

He said that he was being targeted ahead of the assembly elections later this year by the ruling saffron party.

A day ago, upon his return to Ahmedabad, the MLA had called for a statewide strike on June 1 if cases registered against Dalit people over 2016 Una flogging protests were not withdrawn.