Justice (Retired) Prafulla Kumar Misra said the state government has not acted on any of the 21 reports that he submitted against public functionaries during his tenure.

New Delhi: Goa’s outgoing Lokayukta Justice (Retired) Prafulla Kumar Misra told the Indian Express that he is “completely disenchanted” with the state government’s lack of action on even one of the 21 reports that he submitted against public functionaries during his nearly four-and-a-half-year tenure as the Lokayukta.

“If you ask me in one sentence my experience in dealing with these complaints as Lokayukta in Goa, I will say they should abolish the institution of Lokayukta,” Justice Misra told Indian Express. “Why should public money be spent for nothing? If the Lokayukta Act is being thrown into the dustbin with such force, then it’s better to abolish the Lokayukta.”

Out of the 191 cases received, 133 were disposed of. Among the 58 pending cases are 21 in which he sent reports to the government, but the action taken reports are still awaited, the report said. His recommendations included “initiation of disciplinary action, transfer, detailed investigation by ACB or a declaration that an elected functionary is unfit to hold office”, the report added.

A few months ago, Misra wrote a letter to governor Satyapal Malik to prosecute former chief minister Laxmikant Parsekar and two other senior officials in the Goa’s mining lease renewal case. They had “hastily cleared” 31 mining lease renewals in one day (January 12, 2015) – the same day that an ordinance which made lease available only by auction was taking effect. This was one of the strongest reports filed by Misra.

Before addressing the issue to the governor, Misra had reportedly sent a report to the state government which rejected his report that recommended an FIR be registered by the directorate of anti-corruption branch against Parsekar, former mines secretary Pawan Kumar Sain and former mines director Prasanna Kumar Acharya in the mining lease renewal case. 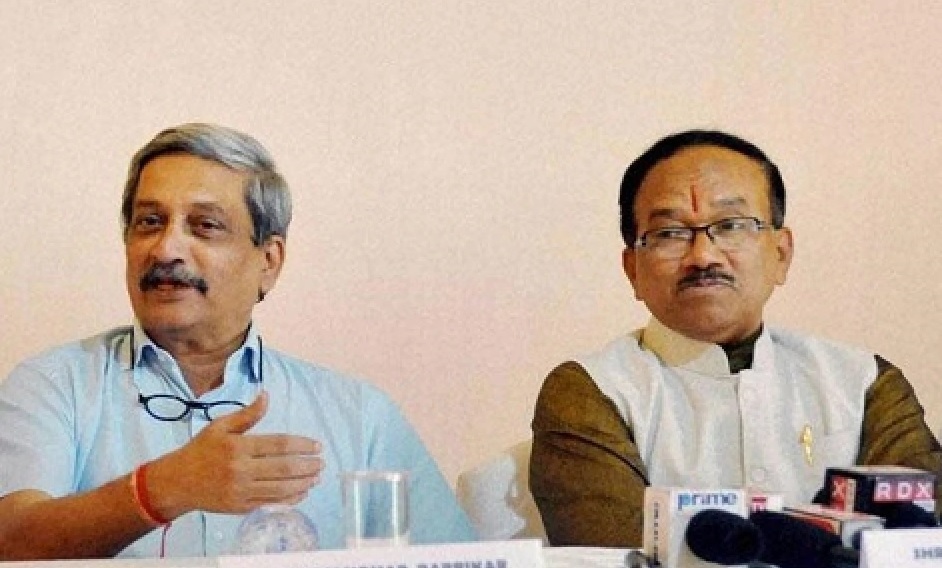 “Many cases (were) coming to Lokayukta where the police were not registering FIRs,” Misra told Indian Express. For instance, in the Lalita Kumari case, the Goa Lokayukta ordered disciplinary inquiry against Calangute PI Nolasco Raposo for not registering an FIR in a theft case, even after the complainant submitted CCTV footage of the incident. In this case, the apex court had ruled that registration of an FIR is mandatory under Section 154 CrPC (cognizable offences), Misra said.

According to the Indian Express report, Misra said the Lokayukta Act needs urgent intervention, and “lacks teeth” in its current form, and is “not good enough for Goa”. “It does not have the powers of prosecution that the Karnataka and Kerala Acts have, nor does it have a provision for contempt of the Lokayukta’s orders.”

Misra said his security protocol was withdrawn on the eve of his retirement, which “came as a surprise”, and which he saw as a “churlish response” to his reports.

On Monday, the former Lokayukta left his official residence with his wife Bharati, without the traditional farewell and left for his native Odisha. His term as the Goa Lokayukta ended on September 16, and now the state government is on a hunt for a new Lokayukta.

Also Read: Lokpal Is All Ready to Attack Corruption, but Lacks Teeth to Bite

Prior to this four-and-a-half years stint as Lokayukta, he was chairman of the Goa Human Rights Commission for five years. He was appointed a judge of the Orissa high court in January 1996, and moved on to the Madras high court in June 2001. He was elevated as chief justice of the Patna high court on August 12, 2009.

Last month, chief minister Pramod Sawant, according to a Times of India report, said the government will write to the high court for appointment of a new Lokayukta.

An endless wait for the appointment of a Lokayukta is not a new story for Goa. Even this time, local news reports indicate a delay in the process of appointing a Lokayukta. Petitioner advocate Rodrigues alleged that government is reportedly not keen to appoint the next Lokayukta so as to give public officials a free hand to indulge in acts of corruption and maladministration, reported HeraldGoa.