Indian courts continue to consider sex work an 'immoral activity', where the object of concern is the well-being of social morals rather than social beings. 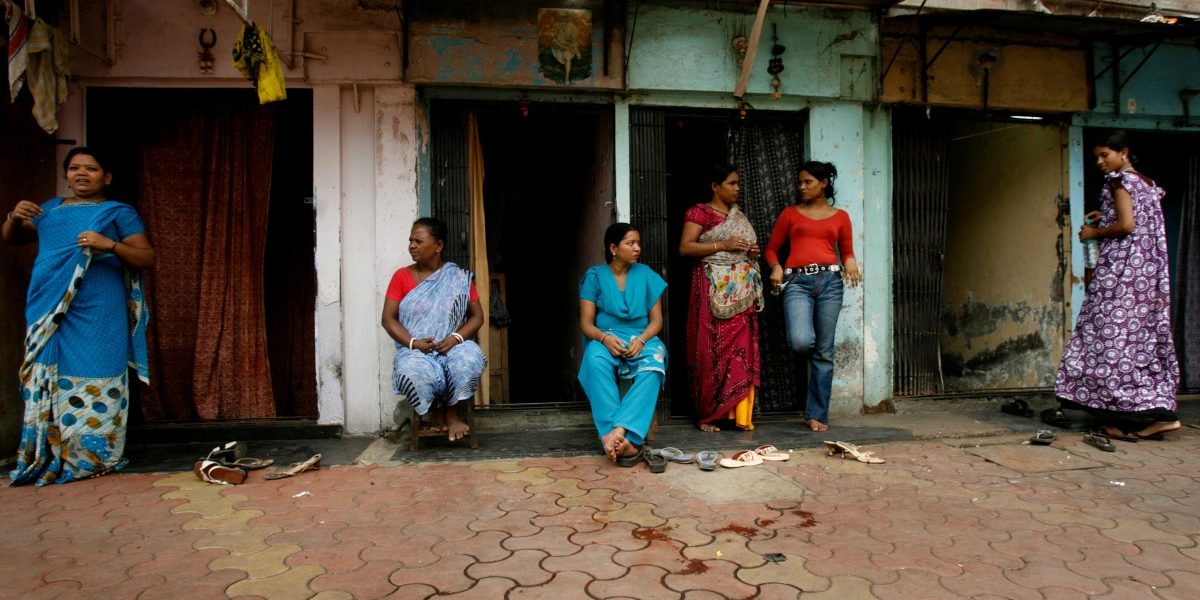 In India, any exercise of legal retrospection needs to begin with demystifying the infallible nature of courts of law and the disinterested, disengaged and distant image of a judge. Contrary to popular perception, courts do not operate in an apolitical space, and judges remain active proponents of the same social setting, whose prime actors (the state, state bodies, institutions) appear as respondents in such cases.

In a recent judgment by the Dindoshi sessions court (Mumbai), additional sessions judge S.U. Baghele upheld an initial order passed by a magistrate court to detain an HIV positive woman for two years, “who posed a greater danger to the society” by indulging in sex work. The judge, after evaluating the factual matrix of the present case, decided that the initial order was “proper” and dismissed the submission by the appellant (the victim’s father), stating how a 2019 precedence set by Bombay high court in the case of Asiya Anwar Shaikh Vs The State of Maharashtra and Anr. in criminal writ petition no. 2050 does not apply to the present case on three grounds: the victim therein had already spent six months in a correctional home, a protection officer had approved the release, and more importantly, the victim therein was not suffering from any “disability” like HIV/AIDS that posed a “danger to the society”.

The legal viewing employed in the current case is symptomatic of the stereotypes, legal lacunas and misinformation that stigmatises sex workers and people with HIV/AIDS in India. In the process of differentiating the merits of both the cases, the court generated an arbitrary form of classification that views confinement and vocational correction as logical remedies for sex workers and highlights how HIV positive persons become extra-legal entities that cannot be seamlessly read under a legal precedence meant for “normal bodies” (HIV negative persons).

At the heart of this judgment is a problematic binary logicism that plagues the Indian judiciary. Such a legal orientation evaluates the facts of a case at the backdrop of a dualistic viewing, where society at large is envisioned as a sanitised, neat, homogenous, corrupt-free subject and the other component of this binary becomes the intervention-inviting “dangerous” object (the HIV positive woman, in this case).

Likewise, in cases related to sex- or gender-based issues, this “dangerous” person can be anyone who queers the norms and structures of a traditional society that sanctions what type of sex is allowed, which bodies are allowed to have sex, what type of sex education and coupling is recognised and formalised as socio-legal units (partnership, family and so on).

Social segregation based on HIV status

Courtroom no. 9 at Dindoshi reproduced a social segregation based on HIV status that divides the citizens of India into the ‘HIV negative’ population and ‘HIV positive’ individuals. Here, the population’s safety is privileged, and the pathologised individual is seen as a disposable body that is no longer considered equal in the eyes of the law and their body undignified of exercising reflexive agency or free will.

This form of legal serosorting becomes problematic on two accounts: first, the segregation itself is discriminatory as the complex identity of an individual is reduced and morphed to that of a virus (pathologisation). Moreover, the right-bearing person is denuded to a cyborg-like entity (human-virus complex) that needs freedom and containment at the same time. Therefore, the law arrogates itself the power to dehumanise the victim as a mere vessel of a virus and create objective grounds to rationalise the alienation of their fundamental human rights (right to life, equality and freedom).

“The care and protection of the victim can also be to ensure, by detaining her, as directed by the magistrate, that the victim leads a normal life in future, after getting necessary brainwash,” says paragraph 8 of the judgment.

Secondly, the need to confine an HIV positive sex worker by brainwashing and desexualisation explains how a court of law becomes the final arbiter of desired forms of sex and proceeds to appropriate sexual geographies. It underscores our legal system’s Eurocentric imagination of bodies and spaces, where public spaces are considered free sexual grounds only for individuals capable of sustaining the heteronormative status quo – reproduction.

During the 2016 Universal Periodic Review at the United Nations Human Rights Council,  the joint stakeholder’s submission on India noted how the term “public space” is read so broadly that inevitably, sex workers get arrested and detained in correction homes under Section 17(4) Immoral Traffic (Prevention) Act. The supposed “rescue” and “confinement” emerges as the most contentious form of human rights abuse, where the consent of adults becomes immaterial to the State.

As a result, an HIV positive sex worker is seen as a site of contingency, and their sexual desire in need of repression/correction through “necessary brainwashing”. This is how legal systems perform the dual function of preserving the existing power inequalities while proffering to deliver justice.

Further, brainwashing has historically served as a coercive instrument to subvert the autonomy of a human brain and a person’s fundamental right to freedom of thought and expression. The current legal sanction reproduces the horrors of  “conversion therapy” that puts marginalised gender and sexual diverse person in coercive conditions aimed at detaching one’s understanding of the “self” accrued over their lifetime. In one of its independent expert reports, the United Nations had deemed brainwashing practices as tools of torture.

Indian courts continue to consider sex work an “immoral activity”, where the object of concern is the well-being of social morals rather than social beings. Sex work as a socio-legal issue is understood through an interconnected system of typecasts, conflations and an overarching lens of deviance that views sex work as a desperate means of livelihood that is only resorted by a certain class, caste and gendered groups.

“There is no substance in the submission that the victim is not likely to indulge into such immoral activities, being financially sound, looking to the factual matrix, as prima­ facie apparent from the FIR, whereby the victim is said to have agreed to indulge into prostitution at the particular moment, by accepting Rs. 1,00,000/­,” said paragraph 8 of the judgment.

Such a narrow viewing of realities concerning sex work produces exclusionary grey spaces in jurisprudence that impairs the judicial system’s ability to navigate sex, capital and pleasure together in a consensual and non-distressed plane. Even the Supreme Court of India, in its Budhadev Karmaskar v. State of West Bengal judgment, 2011, observed sex workers as dignified persons on the pretence that their choices were driven by abject poverty and not pleasure.

This conditionality creates counterproductive stereotypes that subvert the idea of equal citizenship for numerous sex workers who do not fit such legal archetypes. Hence, it becomes crucial for the judiciary to go beyond its typecast image of a “victim” and imbibe an empathetic potential to understand the liminal possibilities of sex as desire and work as pleasure.

This judgment reflects more on the dangers posed by an uninformed legal system than the individuals it seeks to provide justice to. The judgment acquaints us with the unfortunate ways through which the HIV status of a person is seen as a “disability” and consequently becomes a beam balance to measure the extent of “danger” that a person might pose to society.

Further, the “normal life” envisioned for women by such a protectionist legal system exhibits everything except a life that puts the reins of a woman’s sexuality and sexual agency in her/their hands. Therefore, it is an important reminder for us to not view judgments as a timeless piece of objective truth but as a momentary manifestation of a constitutional vision at any given time in history.

However, it is important to remind ourselves that this vision embodies both the progressive promises and the regressive limits of the law, leaving itself with a regenerative power to learn, unlearn and be just while keeping in mind the changing nature of society.

Vaivab Das is pursuing PhD in Sociology from the Indian Institute of Technology, Delhi.