The CJI, as part of the Supreme Court collegium, votes on who becomes a high court judge and which HC judge gets elevated to the SC. The signal the Gauhati HC has sent is not healthy. 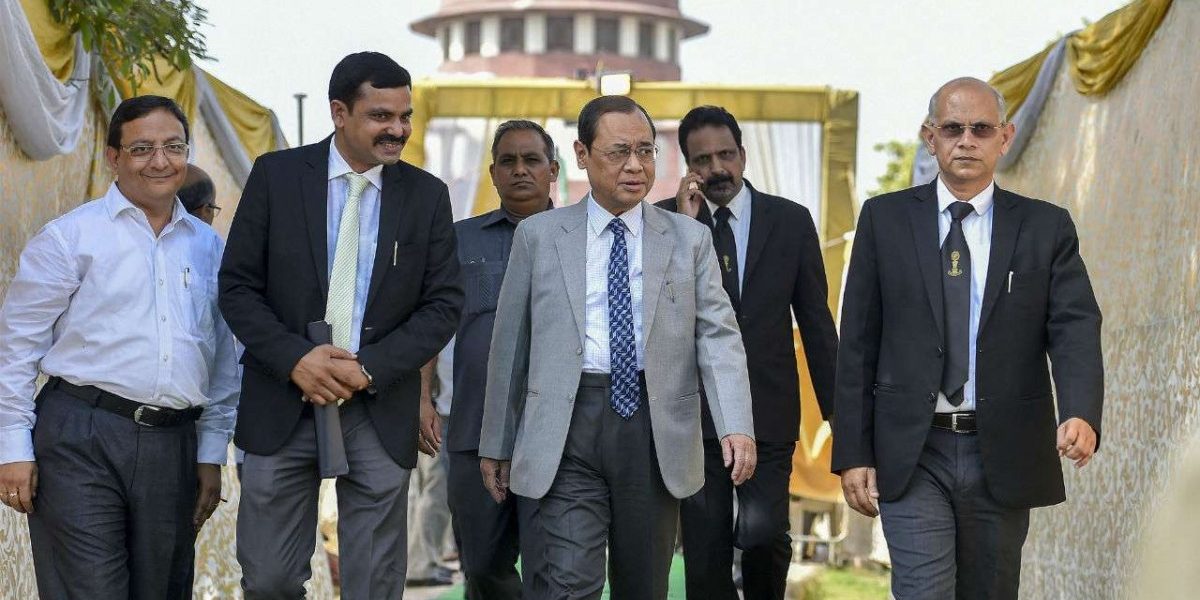 New Delhi: The Gauhati high court – in a full court meeting of 18 judges held by circulation on October 30 – has resolved to render special benefits to the outgoing Chief Justice of India, Ranjan Gogoi, who is likely to reside at Guwahati after his retirement on November 17.

The meeting considered the resolution adopted in the protocol committee meeting on the same day, and accepted the following proposals:

1. A dedicated private secretary to look after the day to day requirements of Justice Gogoi and his wife. The private secretary, in addition to discharging other responsibilities that may be entrusted to him, may also coordinate with the registry for any protocol related requirements.

2. One grade-IV peon and one bungalow peon be made available by the high court to serve at Justice Gogoi’s Guwahati residence.

3. A chauffeur driven vehicle belonging to the high court in good condition be made available to Justice Gogoi on fuel basis, as and when required.

4. A nodal officer be identified from the high court registry so as to coordinate with the private secretary so appointed.

The judiciary’s proposal to confer some benefits on retired high court and Supreme Court judges is nothing new. It stems from the idea that judges, in their post-retirement life, must not have to suffer like ordinary citizens to meet the requirements of their daily lives. Although such discrimination suggests the judiciary believes retired judges constitute a class in themselves (who need this special treatment ostensibly to protect their independence from the executive during their tenure as judges), there is one additional justification for conferring such benefits. 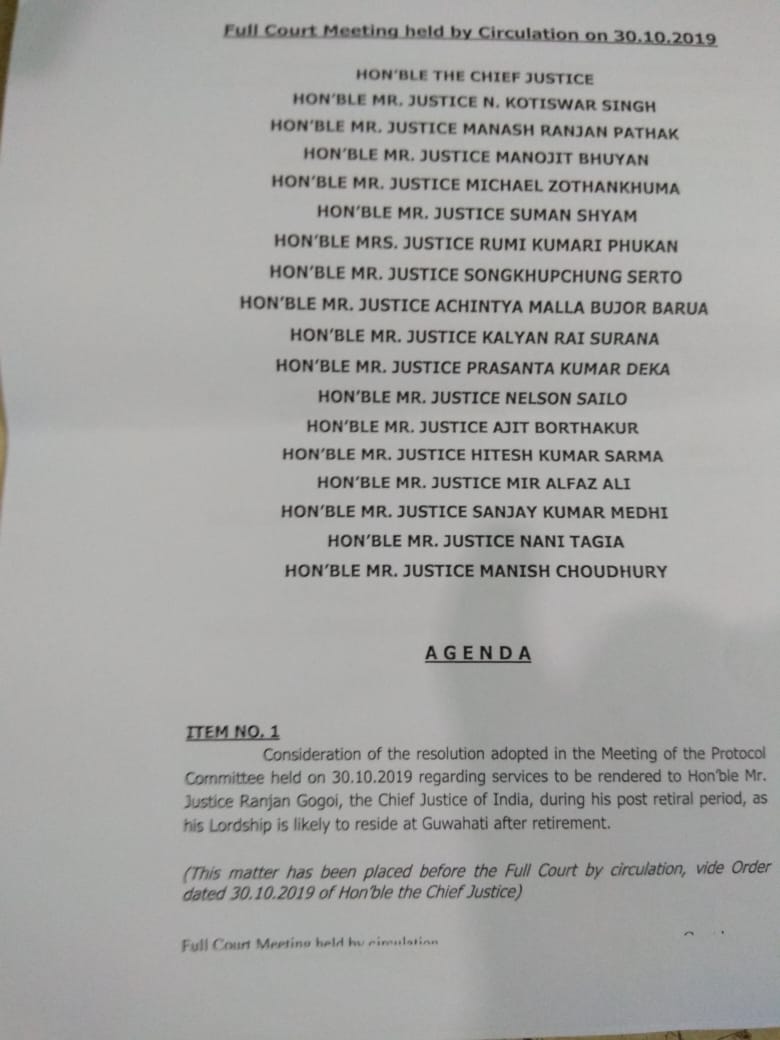 In P.Ramakrishnam Raju v Union of India, the Supreme Court bench of Justices P. Sathasivam, Ranjan Gogoi and N.V. Ramana, on March 31, 2014 took note of the submission that when members of the bar are offered the post of high court judges, they are generally at the age of about 50 years or above and at the prime of their practice, which they have to give up to serve the system.  Therefore, many of them are reluctant to accept the offer as the post-retirement benefits are not attractive enough.  This case pertained to loss of pensionary benefits to those recruited to judgeships directly from the bar. The Supreme Court declared  that for pensionary benefits, 10 years’ practice as an advocate be added as a qualifying service for judges elevated from the bar. 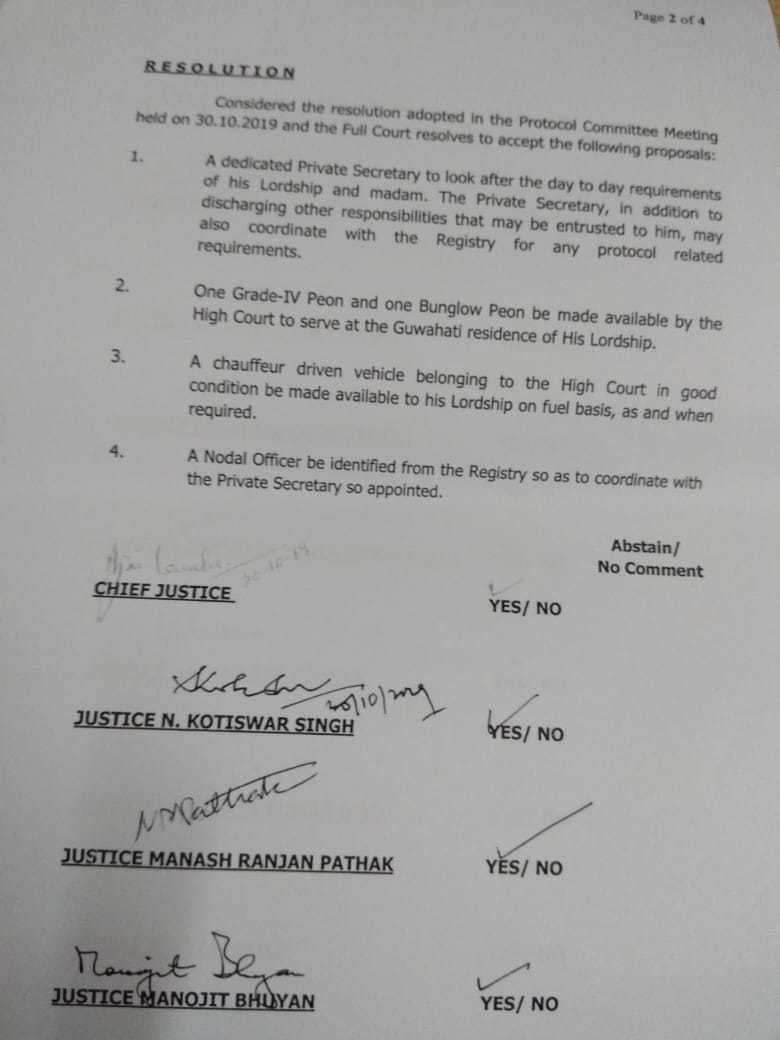 In the same case, the Supreme Court also dealt with an appeal from the state of Rajasthan against the Rajasthan high court’s direction that it pay a sum of Rs. 9000 per month to a retired chief justice of the high court to meet expenses of domestic help/peon/driver/telephone expenses and secretarial assistance etc. and  Rs. 7500 per month to a retired judge of the high court for the same purposes.

While disposing of this appeal, the Supreme Court relied on the resolution passed at the conference of chief ministers and chief justices of high courts on September 18, 2004, dealing with augmenting post-retirement benefits of judges. The resolution recommended adoption of the scheme sanctioned by the state of Andhra Pradesh in all the states, except where better benefits are already available.  A similar resolution passed at a conference in 2016 reiterated it.

The Delhi government’s decision stems from the Supreme Court’s recommendation to adopt Andhra Pradesh Government’s decision.   One does not know whether the Assam government has adopted a similar proposal. But the question raised by the Gauhati high court’s full court meeting is whether it will be deemed as a precedent for other high courts, under whose jurisdiction, the retired CJs or judges of the Supreme Court may choose to spend their post-retirement life.

In 2016, the Supreme Court framed rules to reimburse the salary of one domestic help hired by a retired CJI and SC judges. The rules also provide for absorbing the domestic help as a permanent employee of the court if he or she serves the retired judge or spouse for 10 years. The rule enables peons serving the SC establishment to opt for working at a retired judge’s residence. But the retired judges are free to hire anyone on contract at the dearness allowance adjusted to minimum scale. Surviving spouses of retired judges would also be entitled to the reimbursement.

The Gauhati high court’s resolution seeking to confer benefits on CJI Gogoi after his retirement also raises the relevance of the Supreme Court Judges Rules, 1959 (as on 1.4.2014) regarding post-retiral benefits. Rule 3B(1) says a retired CJ shall be entitled during his lifetime to a payment of Rs.25,000 per month for defraying the services of an orderly, driver and security guard, for meeting the expenses incurred towards secretarial assistance on contract basis and for maintenance of an office-cum-residence. He shall also be entitled to a residential telephone free of cost and the number of free calls to the extent of 1500 per month (over and above the number of free calls per month followed by the telephone authorities).

Similarly Rule 3B(2) says a retired judge shall be entitled during his life time to a payment of Rs. 14,000 per month for the same purposes. Rule 3B(3) says the above retiral benefits shall be provided by the registrar of the Supreme Court of India on furnishing a certificate by the retired Chief Justice in the form specified by the registry of the Supreme Court of India. A proviso to this rule says that the retiral benefits available under this rule shall not be deemed to be income, liable to tax, under the Income Tax Act, 1961.

It is reasonable to expect that CJI Gogoi, if he chooses to avail of the benefits conferred by the Gauhati High Court, may not choose to avail the retiral benefits provided by the Supreme Court. But the question which it leaves unanswered is whether the high court should hold a full court meeting to confer such benefits on him when the Supreme Court itself has set up a mechanism for the purpose.

Potential for conflicts of interest

If the high courts vie with one another in conferring similar benefits on retired Supreme Court judges, it could open the flood gates for conflict of interests at another level.

Besides, some judges of the Gauhati high court who have endorsed the conferring of such benefits on CJI Gogoi might well have been chosen by Justice Gogoi (acting as a member of the Supreme Court’s collegium) for appointment to the high court. Even if this is not the case, it does open the window for a possible conflict of interests. The high court judges who have resolved to confer such benefits on CJI Gogoi may not have benefited from him directly but their decision does send signals to other high courts, who may have their own godfathers in the Supreme Court’s collegium, on how to cultivate them, and be in their good books, by dangling the carrot of post-retirement benefits. Therefore, any suggestion of quid pro quo which may be inferred  from such actions of the high courts may well be avoided.