The request was rejected and Mander’s name was struck off his own petition. 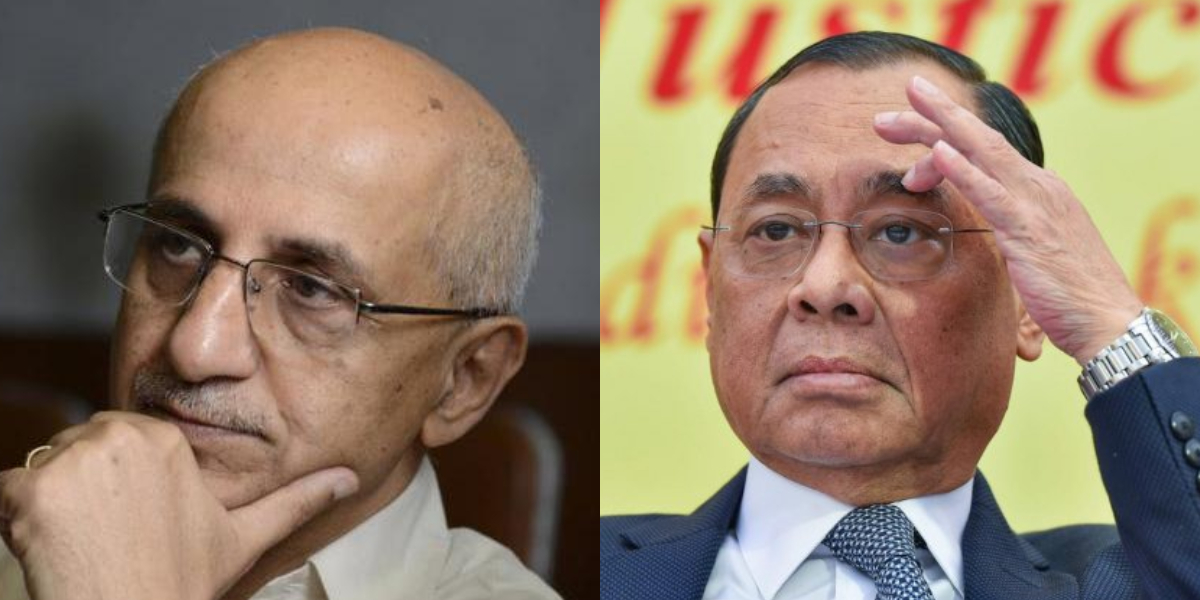 New Delhi: On Wednesday, the former IAS officer-turned-human rights activist, Harsh Mander, requested Chief Justice of India Ranjan Gogoi to recuse himself from the ongoing hearing of a petition seeking the release of over 900 individuals – deemed to be foreigners – who have spent several years in detention under inhumane conditions in Assam.

Mander cited observations made by Chief Justice Gogoi in the course of earlier hearings, which he claimed suggested the judge had already made up his mind about the subject. However, his request for the CJI’s recusal was rejected; instead the court ruled that Mander’s name be struck off the petition and that the matter be argued by the Supreme Court’s Legal Services Authority, with assistance from Mander’s former lawyer, Prashant Bhushan, whom it appointed amicus in the case.

Appended below is the full text of the oral remarks Mander made in order to press his request for CJI Gogoi’s recusal.

Respected Chief Justice and Judges of the Supreme Court of India,

I begin my submissions by stating that I have the deepest faith in India’s constitution, and in the role of the judiciary in securing its central promise of justice for all.

But it has always been my conviction that true justice must be tempered with compassion.

It was to appeal to this compassion of India’s highest judges, and to uphold the fundamental right to life of some of India’s most vulnerable people that I approached this esteemed court.

The context of my application here was that as the National Human Rights Commission’s Special Monitor for Minorities, I was among the first non-officials in nearly a decade to be allowed to enter the detention centres for deemed foreigners in Assam. I encountered a situation there of such intense suffering and injustice, with no hope of any end, that it was only through the compassionate intervention of this Court that I believed their suffering could be brought to an end.

I found that a corner of the jails was carved out as detention centres, where the detainees were held indefinitely for several years, in a twilight zone of legality, without work and recreation, with no contact with their families, rare visits from their families, and with no prospect of a release. Since the Bangladesh government is willing to accept only those persons who admit to being Bangladesh citizens, in effect the large majority in the detention centres could spend the rest of their lives there.

For this reason, I sought from the Hon’ble SC directions to ensure the fair, humane and lawful treatment of those persons kept in detention centres and to ensure that detention of declared foreigners should be the last resort, for a limited period with clear prospects for release; it should be non-punitive; it should be resorted to only after an assessment of whether there were less restrictive or coercive measures (that is, alternatives to detention) that could have been applied; and that in the rare cases in which detention is resorted to as a last resort and for limited time, families should under no condition be separated during detention. I placed my full faith in this Hon’ble Court’s compassion and ability to keep aside its judges’ personal opinions and biases while adjudicating important matters concerning human rights.

However, I am constrained to say with the highest respect, that the oral remarks of the Hon’ble Chief Justice in some hearings led me to the apprehension that my petition seeking humane treatment of the foreigners and alleged foreigners in detention camps and the ending of their indefinite detention, in accordance with their fundamental right to life under Article 21 of the Constitution, appears to have been turned on its head by the Hon’ble Chief Justice.

He, by his remarks and observations in a series of hearings, appears to use the same petition instead to seek the detention of tens of thousands of more persons in these detention centres, and the repatriation of deemed foreigners by the State of Assam without ensuring that the principle of rule of law and the international law principle of non-refoulement are adhered to.

The chief secretary of Assam in his affidavit recommended measures for the release of detainees who are now lodged in detention centres who have completed more than five years there. In my perspective, the conditions were too onerous, when international law lays down maximum detention in these cases for six months. But his affidavit still opened a small window of hope that the state for the first time was willing to even consider the release of these persons.

But the Hon’ble Justice Gogoi made a series of very troubling remarks as reported in the press.

“You want to allow a man who is deemed to be a foreigner to stay after he executes a bond. You want the Supreme Court to be a party to an illegal order?…your government has not succeeded in following Constitution and you expect the court to be a party to it. You are asking the Supreme Court to be a party to an illegal order… You have no right to continue in office…He is signing on dotted lines. Chief Secretary, you are in serious trouble. We are going to issue a notice to you for making slanderous statements against the law…give us a figure of people, who have intermingled with the local populace. There are 900 foreigners in detention centres and more than one lakh twelve thousand who have mingled with the locals. They are on the electoral list and they are voting. Is this how your government is functioning?”

Another such remark is:

“You are committed to bringing a five-star detention centre later? Do that! The existing centres are housing 900 people as against the so many who have been declared foreigners? Why are there not thousands? And If there were to be so many, (in view of the sub-human conditions that infest the centres even now), where will you be?…How your law and order machinery is functioning is what we are on right now? How seriously the government of Assam is working on this matter despite the failure of officers to answer questions of this court! Someone sitting in Delhi is filing affidavits in respect of the detention centres in Assam!”

The statements made by the Hon’ble Supreme Court have been used by political parties to target the State of Assam and create an atmosphere of bias against the alleged foreigners by seeking their indefinite detention and deportation.

These abovementioned remarks raise a very serious apprehension in my mind that Hon’ble Mr. Justice Ranjan Gogoi may be influenced by subconscious bias in deciding the present writ petition. It is respectfully submitted that even if the decision is likely to be influenced subconsciously, as apprehended by me, Hon’ble Mr. Justice Ranjan Gogoi may recuse himself in the interest of justice.

I have submitted a number of rulings in this regard. I will quote here only one that this Hon’ble Court has consistently held,

“The question is not whether the judge is actually biased or in fact decides partially, but whether there is a real likelihood of bias. What is objectionable in such a case is not that the decision is actually tainted with bias but that the circumstances are such as to create a reasonable apprehension in the mind of others that there is a likelihood of bias affecting the decision. The basic principle underlying this rule is that justice must not only be done but must also appear to be done and this rule has received wide recognition in several decisions of this Court.” See Ashok Kumar Yadav v. State of Haryana (1985) 4 SCC 417

[I believe] that the Hon’ble Justice Gogoi has, through his actions, proved that he is interested in the repatriation of the illegal immigrants/foreigners and is using the petition to ensure that the State of Assam commit to mass deportation of alleged foreigners and, therefore, that this meets the standards for recusal laid out in the abovementioned petition.

I would like to clarify that I do not seek a bench that necessarily passes orders favourable to me. What I seek is that the issue of inhumane treatment of detainees be heard on its merit, understanding both the fact and law rather than using the petition to seek mass deportation of foreigners without addressing the questions raised in the petition or addressing the issue of inhumane conditions of detention centres as well important principles of international human rights law that are violated arbitrary and long term detention of human being, citizen or foreign.

I submit again that I holds the entire Judiciary and specially this Hon’ble Court in highest esteem and has unbounded respect for the judiciary of the country.