Explained: What Is the Fodder Scam, In Which Lalu Prasad Yadav Has Been Convicted?

Nearly 25 years after it was unearthed, cases in the scam continue to be heard. 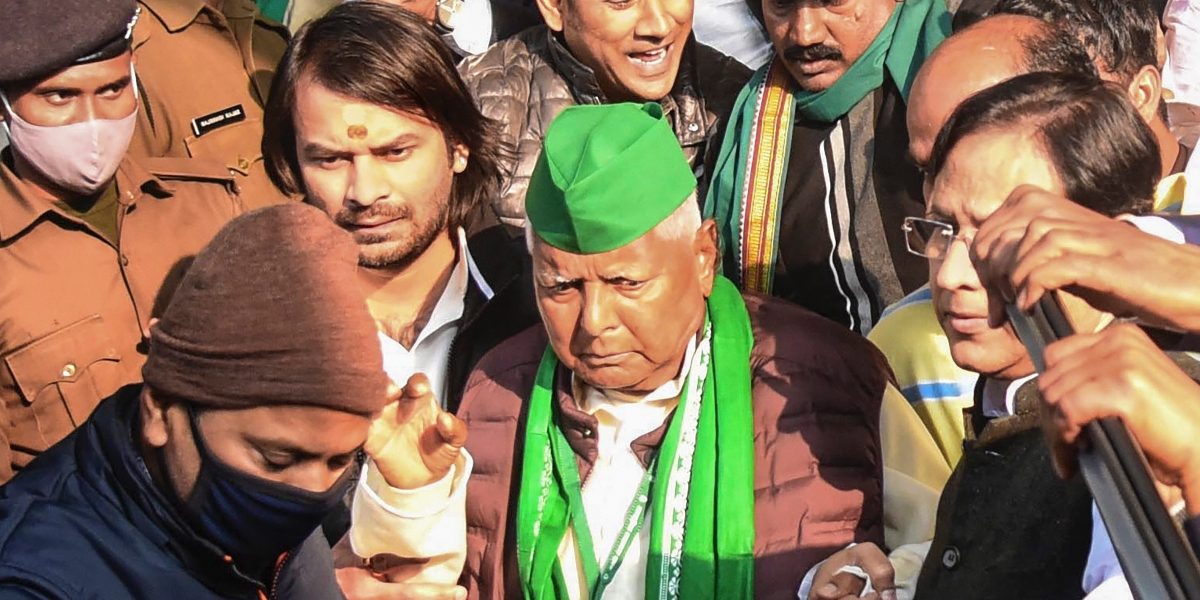 According to a media report, the Doranda treasury scam is a bizarre case where documents showed that cattle were transported from Haryana and Punjab to Bihar on scooters during the years 1990-92.

A special CBI court in Ranchi had concluded hearing the case on January 29 this year and had fixed February 15 as the date to pronounce its order.

Pawan Khatri, the RJD chief’s lawyer, told the media, “Twenty-four accused were acquitted and 33 were sentenced to three years’ imprisonment.”

The court will pronounce the quantum of Lalu’s punishment on February 21. Soon after Yadav was pronounced guilty, the police took him into custody and brought him to the Rajendra Institute of Medical Science (RIMS) in Ranchi. He will be there till the sentence is pronounced.

Lalu had reached Ranchi on February 13 as the court had directed all the accused to be present physically during the hearing. The courtroom was packed with his supporters.

This is the fifth fodder scam case that the 73-year-old Lalu Prasad Yadav has been convicted in – the last in Jharkhand. In the Doranda case, 170 persons – including Lalu Prasad Yadav – were named in an FIR lodged in 1996. Fifty-five accused died and seven were made witnesses. Six accused are still absconding.

Fodder scam: How it started

The fodder scam, popularly known as chaara ghotala, refers to dozens of cases of financial irregularities to the tune of around Rs 930 crore in the animal husbandry department of the undivided Bihar between 1985-1995.

The Comptroller and Auditor General (CAG) had warned about money laundering in Bihar’s treasuries in 1985, when expenditure details were not furnished in a timely fashion. At that time, the Congress was in power in the state and Jagannath Mishra was the chief minister.

Finally, in 1996, deputy commissioner Amit Khare of the animal husbandry department ordered a raid. The documents that were seized indicated embezzlement of money in the pretext of supplying fodder. It started with small-scale fraud by low-level government employees but grew to involve businesses and politicians.

After the raids, the state government set up two commissions. One of them was headed by state development commissioner Phoolchand Singh – whose involvement in the scam later emerged. This forced the commission to be aborted.

Meanwhile, the Bihar police also filed multiple FIRs on the instructions of the state government.

On the other hand, multiple public interest litigations (PIL) were filed in the Patna high court to hand the case over to the CBI. One of these was moved by BJP leaders Sushil Modi, Saryu Rai and Shivanand Tiwari.

Hearing the petitions, the Patna high court in a March 11, 1996 order said, “According to the state, excess drawals in the Department have been taking place since 1977-78. I am of the view that the proposed enquiry and investigation should cover the entire period from 1977-78 to 1995-96.”

“I would, accordingly, direct the CBI through its Director, to enquire and scrutinize all cases of excess drawals and expenditure in the department of Animal Husbandry in the State of Bihar during the period 1977-78 to 1995-96 and lodge cases where the drawls are found to be fraudulent in character, and take the investigation in those cases to its logical end, as early as possible; preferable, within four months,” the court order said.

As the CBI began investigating, the roles of Lalu, former chief minister Jagannath Mishra and top bureaucrats came under the scanner. 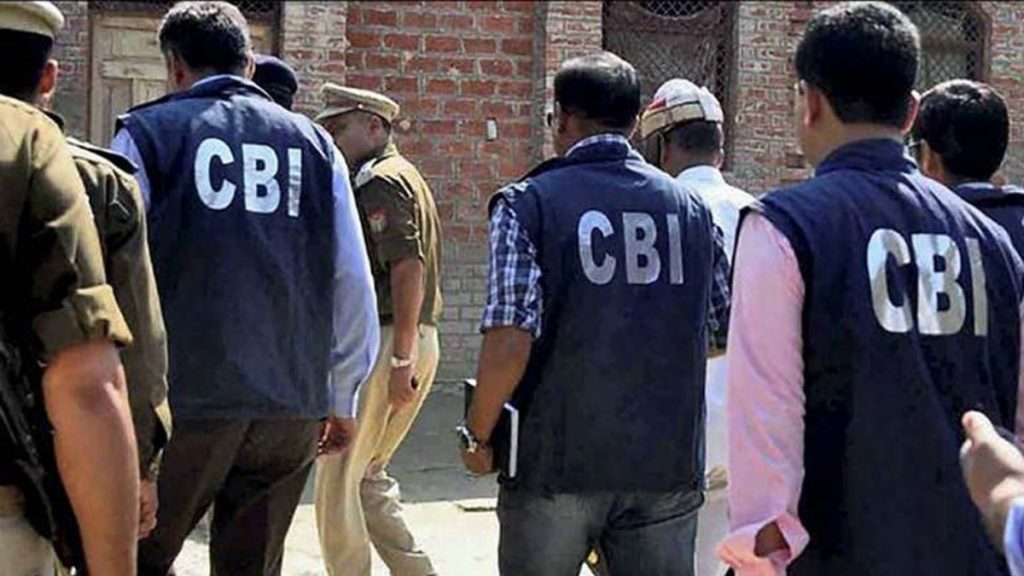 The agency took up the investigation of 41 cases already registered by the state Police, and 23 cases were registered on the basis of intelligence reports and complaints following the order of the Patna high court. Altogether, sixty-four fodder scam cases were investigated by the CBI.

On March 27, 1996, the CBI registered the first FIR in the Chaibasa treasury case.

That year, the CBI requested the governor of Bihar permission to prosecute Lalu, who was the chief minister, and filed a chargesheet against him and 55 others in June 1997 under Sections 420 (forgery) and 120 (b) (criminal conspiracy) of the Indian Penal Code and Section 13 (b) of the Prevention of Corruption Act.

After Lalu was named in the CBI chargesheet, there was a political fallout. He was then part of the Janata Dal, which was against him holding the chief minister chair while being accused of a scam. Mounting pressure from the Janata Dal forced him to form the RJD in July 1997. He resigned from the chief minister’s post but installed his wife Rabri Devi as his replacement. She won the vote of confidence.

In 2001, Jharkhand was created and the cases were transferred to that state.

On the modus operandi of the scam, the CBI notes, “The scamsters adopted a unique modus operandi in all the cases by making fraudulent, excess withdrawals from the treasuries in Bihar on the strength of forged and fabricated allotment letters and fake supply orders for making payment to suppliers, who submitted bills without affecting the supply or in a few cases, by making partial supply of feed, fodder, medicine, instruments and other materials.”

In March 2012, charges were framed against Lalu and Mishra in fraudulent withdrawal of money from Banka and Bhagalpur districts.

On September 30, 2013 he and Mishra along with 45 others were convicted by a CBI court in the Chaibasa case and sentenced to five years in prison. He was an MP at the time and was disqualified from contesting any election for eleven years.

In December 2017, he was convicted in another case, where he was sentenced to three-and-a-half years in jail and Rs 10 lakh in fine for illegal withdrawal from the Deoghar treasury. But Jagannath Mishra was acquitted.

In January 2018, he was convicted in another Chaibasa treasury case for illegal withdrawal of Rs 33.67 crore and awarded a five-year jail term and in March the same year, sentenced to seven years in jail in a case related to the fraudulent withdrawal of Rs 3.13 crore from the Dumka treasury.

Apart from Lalu Yadav and Jagannath Mishra, hundreds of persons have been convicted in the scam.

Till date, 295 accused persons on single counts and 821 accused persons on repeated counts have been convicted and fines ranging from Rs 20,000 to Rs. 1.2 crore were imposed on them by courts, accoding to a document released by the CBI.

Lalu was jailed in December 2017. In March 2018, he was shifted to RIMS after his health deteriorated in the Birsa Munda jail. Later, he was admitted to AIIMS, Delhi.

He was set free last year after the Jharkhand high court suspended his remaining jail term in the Dumka treasury scam – because he had already served half the sentence. He finally walked out of jail in May last year. Lalu was not too active politically, apart from taking occasional barbs at the BJP government. He addressed two election rallies for Kuseshwar Sthan and Tarapur assembly by-polls in October last year.

Recently he had expressed an interest in contesting the Lok Sabha election. “I am keen to return to active politics. Will contest Lok Sabha polls and return to the parliament. There are legal restrictions on me to contest polls but once these hurdles are removed, I will fight the elections,” he had said in New Delhi last week.

On February 10, he attended the party national executive meeting in Patna.

In the Doranda treasury case, since a few persons who were convicted have been awarded three years’ imprisonment, it is believed that Lalu may also get a similar sentence. If this happens, he may walk free, according to lawyers.

Prabhat Kumar, Lalu’s lawyer, told The Wire, “We don’t know what will be the quantum of imprisonment, but this is the last case in Jharkhand.”

“Now only one fodder scam case is yet to reach the final stage. This case is related to the Banka treasury in Bihar,” Kumar said.