Besides Habibullah and Aazad, social activist Swami Agnivesh and Delhi resident Bahadur Abbas Naqvi are also co-petitioners in the case. 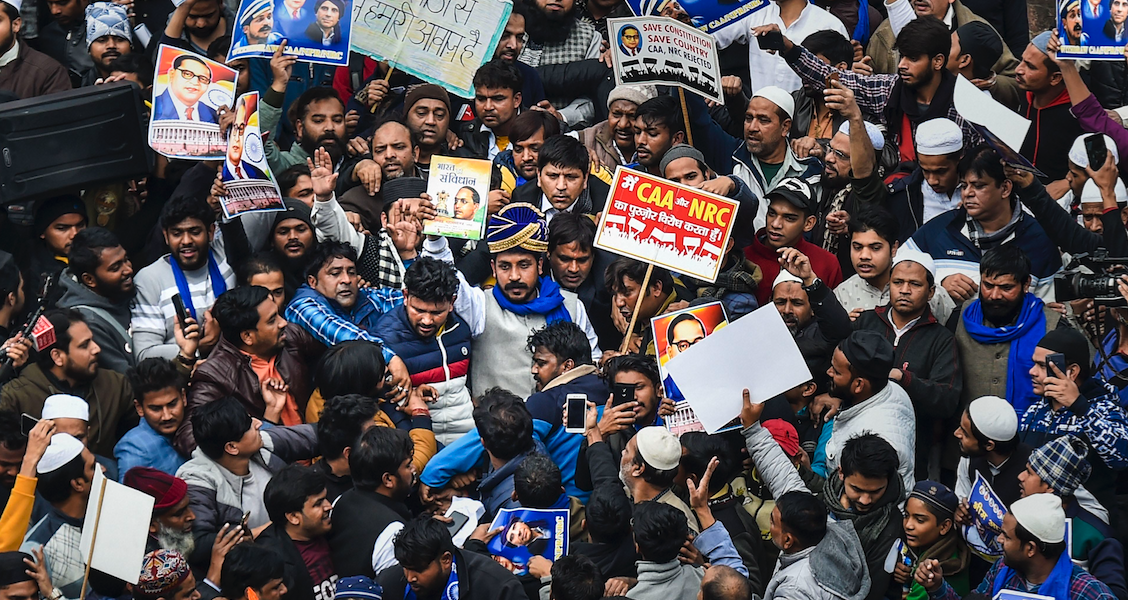 The plea said the laws are “arbitrary”, “irrational” which would lead into “hostile discrimination” of certain sections of the society.

Besides Habibullah and Azad, social activist Swami Agnivesh and Delhi resident Bahadur Abbas Naqvi are also the co-petitioners in the case.

The top court on Wednesday made it clear that it would not stay the operation of the CAA without hearing the Centre and said that a five-judge constitution bench would decide its validity.

In the fresh plea, the petitioners have made the Ministries of Law and Justice, Home Affairs, External Affairs and Defence as respondents.

The plea claimed these laws were ultra vires the Constitution and an attempt to play a “fraud” on the people of the country.

“The Citizenship Amendment Act, 2019, which has been brought into force vide notification dated January 10, 2020, is only a step leading to the promulgation of the National Register of Citizens with the clear intent of placing all the backward sections of citizens including Muslims into detention centres and removing them from the mainstream, thereby destroying the existing fabric of the Nation,” it alleged.

It further claimed that the enactments were steps leading to the promulgation of the National Register of Citizens (NRC) with a clear intent of “placing all the backward sections of citizens including Muslims into detention centres and removing them from the mainstream, thereby destroying the existing fabric of the nation”.

It added that the Passport (Entry into India) Amendment Rules, 2015 and 2016, and Foreigners (Amendment) Orders, 2015 and 2016 were against the legislative policy regarding Indian citizenship.

“There is no data substantiating the conclusion that persons belonging to Hindu, Buddhist, Sikh, Jain, Parsi, Christian communities have fear of persecution in their day to day life. Moreover, there is no mechanism put in place to verify the same,” the plea said.

It said the newly amended citizenship law violated article 14 (equality before the law) as there was no preamble to the Citizenship Amendment Act and the classification was “arbitrary, irrational, devoid of intelligible differentia”.

It further claimed the provisions of the law destroyed the secular fabric of the country as only migrant Muslims will now remain ‘foreigners’.

“There was an unexplained haste/hurry in passing the Citizenship Amendment Bill, 2019, resulting in wide spread protests… The CAA was introduced by misusing executive power and after having stealthily excluded Hindus, Sikhs, Christians, Parsis and Jains from the definition of ‘foreigner’ under the Foreigners Act 1946 and from the definition of ‘illegal migrant’ under the Citizenship Act, 1955,” the plea said.