The apex court stressed on the fact that the Union and state government cannot keep on blaming the stubble burning issue in Punjab for Delhi's severe dip in air quality. 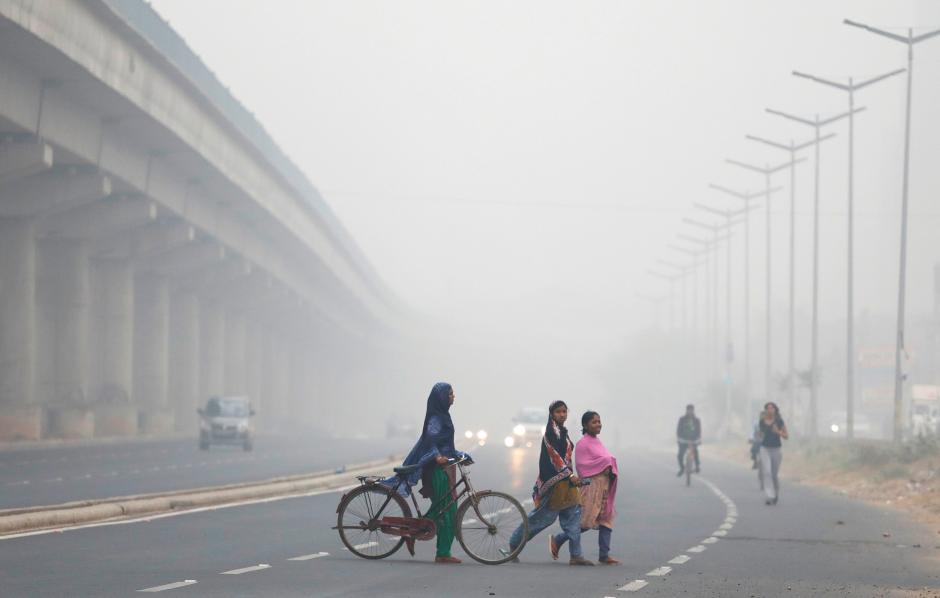 New Delhi: The Supreme Court on Saturday termed the rise in air pollution in Delhi-NCR an “emergency” situation and asked the Union government and the Delhi government to take emergency measures to improve the air quality.

A bench headed by Chief Justice N.V. Ramana said the situation of pollution is so bad that people are wearing masks inside their houses.

“Everybody has the passion of blaming farmers. Have you seen how crackers are being burnt in Delhi for the last seven days? It is an emergency situation, multiple measures are needed to be taken on the ground level,” the bench, also comprising Justices D.Y. Chandrachud and Surya Kant, said.

“…see some percentage of contribution is stubble burning, rest is pollution in Delhi, particularly crackers, industries, dust etc. Take immediate control measures. Tell us how immediately we can reduce AQI (air quality index) by 200 points. If required think of two days lockdown or something, how will people live?” the CJI told Solicitor General (SG) Tushar Mehta.

According to LiveLaw, the CJI stressed that “we want to feel better in 2-3 days”.

The observations came while hearing a plea filed by environmental activist Aditya Dubey and law student Aman Banka, who sought directions to provide stubble-removing machines to small and marginal farmers for free.

When SG Mehta mentioned that a spurt in stubble burning in Punjab is the result of high levels of air pollution and said that Punjab needs to buckle up, the CJI responded as saying, “You are projecting as if farmers are responsible…what about the Delhi people? What about the steps to regulate firecrackers, vehicular emissions.”

The SG requested the bench to not take the view that farmers are responsible and said that stubble burning contributes to nearly 30% of the rising pollution levels.

When senior advocate Rahul Mehra, appearing for the Delhi government, also mentioned the issue of stubble burning, Justice Surya Kant said, “Now it has become a fashion to bash the farmers whether its the Delhi government or someone else. There was a ban on firecrackers, what happened with that? What was the Delhi Police doing.”

Also read: How Can We Solve the Problem of Stubble Burning?

“The problem of farmers is not of enforcement, but of incentivising. If you make the incentives then why won’t a farmer switch. You cannot enforce these things,” Justice Chandrachud said, as per the LiveLaw report.

Justice Surya Kant added that the farmers are not in a position to afford the machines for stubble removal.

The Union government has spent over Rs 2,000 crore to tackle stubble burning over the last four years. However, the issue still continues to smother north India, leading to a “severe” dip in air quality. The Wire had reported that only subsiding crop residue or harvesting machines is clearly not helping farmers to switch to a viable alternative method.

The Wire report further highlighted that the companies manufacturing stubble residue machines inflate the cost of the machines, and therefore, most of the government subsidies went to these companies while farmers and the public continue to suffer. Only cash incentives can help farmers to deal with the stubble, the report said, citing a 2019 Supreme Court intervention directing the state governments of Punjab, Haryana and Uttar Pradesh to provide financial support to farmers.

In Saturday’s court exchange, Justice Surya Kant also suggested: “The question is of simple economy. If you take stubble from farmers and send to industries, it won’t cost anything!”

Also read: WHO Announces Revised Air Quality Limits. Will the New Numbers Save the Day?

What Delhi is breathing

Post Diwali, Hindustan Times reported, citing doctors, that the city reported a 20% increase in the number of patients complaining of respiratory trouble such as shortness of breath, wheezing and incessant coughing. Another doctor told HT that several patients who recently recovered from COVID-19, and who were fine till last month, have started experiencing some symptoms since Diwali.

To understand how badly the national capital was affected post Diwali, let’s take a look at the charts below. 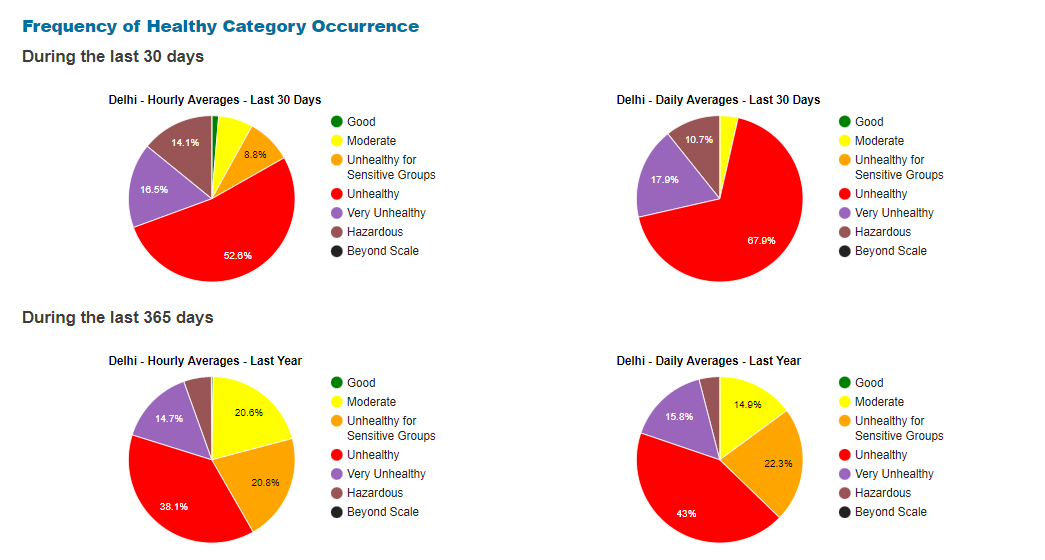 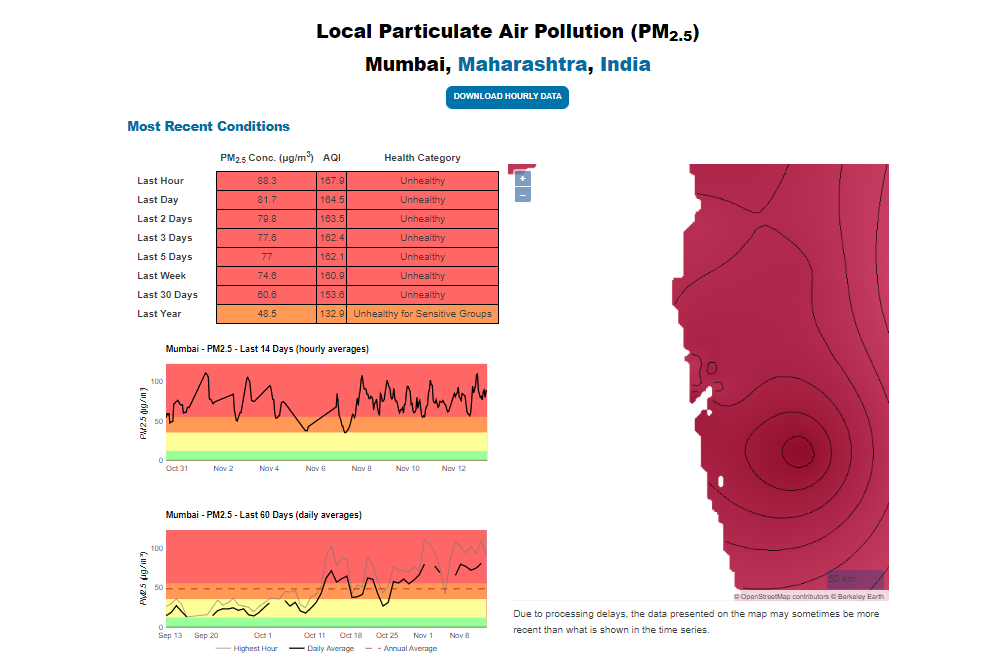 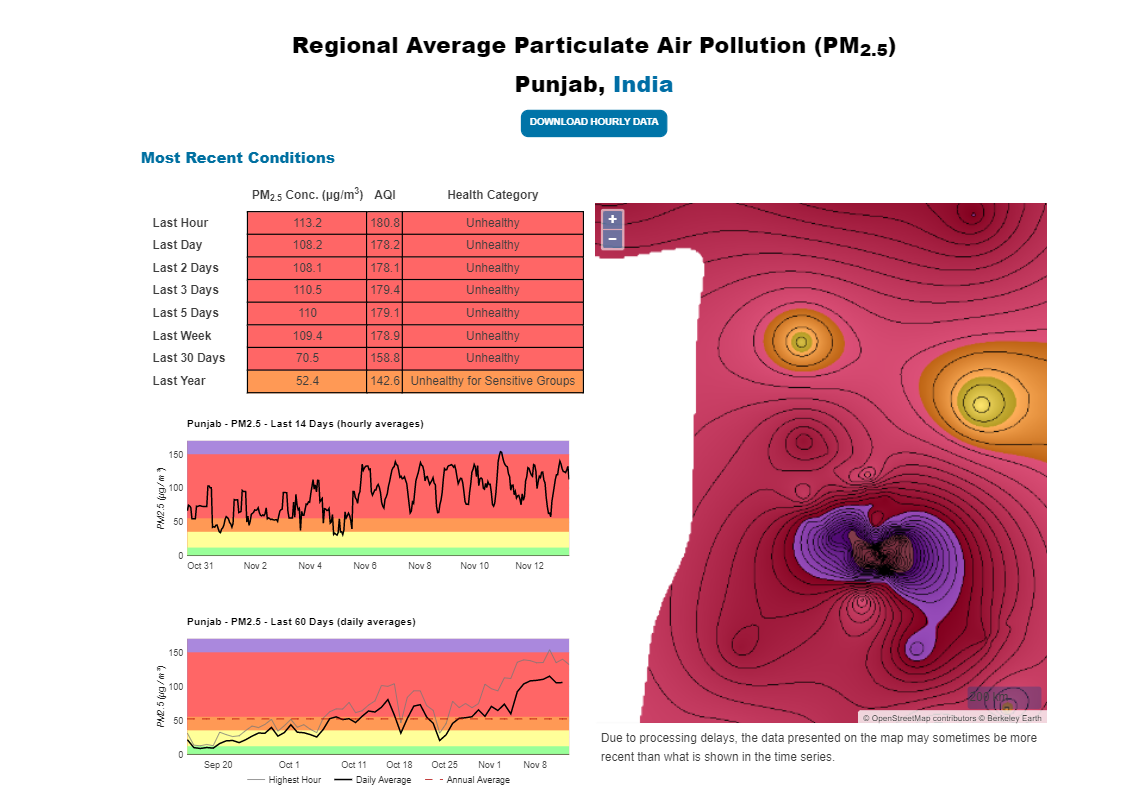 In Chart 1, Delhi’s PM2.5 levels stood at 267.2 in the last week, much higher as compared to Mumbai’s 74.6 (Chart 3) and Punjab’s 109 (Chart 4). [PM2.5 refers to particles that have diameter less than 2.5 micrometres (more than 100 times thinner than a human hair) and remain suspended in the air for a longer time. They are so small that billions of them can fit inside a red blood cell.]

According to World Health Organisation (WHO), ambient air pollution accounts for an estimated 4.2 million deaths per year due to stroke, heart disease, lung cancer and chronic respiratory diseases.

It’s a cause of concern that schools have opened in the national capital, the court said, asking the authorities to take immediate measures such as stopping vehicles or imposing a lockdown in Delhi.

The bench adjourned the matter to Monday asking the Union government to apprise it about the emergency steps taken to address the problem.