'Perverting the Constitution': The Case Against 10% Reservation

The 10% reservation for upper-castes, instead of remedying caste-subordination, is undemocratic, and will destroy the very purpose of the Indian constitution. 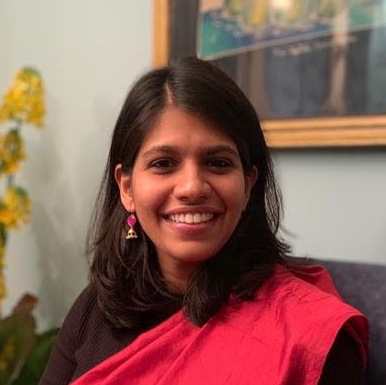 The 103rd Constitutional Amendment Act, which aims to provide reservation of 10% of seats in educational institutions or posts in State services, purportedly for “economically weaker sections of citizens”, got President Ram Nath Kovind’s assent on January 12, 2018, just days after both houses of parliament passed it.

But there are several reasons why the amendment will have undemocratic outcomes, and is contrary to the very spirit of India’s constitution.

Economically weaker upper-caste individuals no doubt deserve special protections. But reservations are not the answer.

Reservations are meant to ensure that the ideal of “equal opportunity” is not a mirage for persons subordinated by social structures such as caste, gender, etc., as held in a line of cases starting with State Of Kerala & Anr vs N. M. Thomas & Ors. After the Amendment, the new class of reservation beneficiaries is defined in opposition to the old class comprising SC/ST/OBCs. The State is entrusted with naming beneficiaries from among the upper-castes, “on the basis of family income and other indicators of economic disadvantage”.

Since “indicators of economic disadvantage” remain undefined but are to be understood in the context of “family income”, presumably, these indicators will reflect the disadvantages that afflict families and their constituent individuals. Thus, the Amendment will cement the claim of persons from educationally well-to-do and otherwise well-represented upper-castes, on seats and posts respectively, based solely on characteristics that are individual to them.

Reservations are meant to provide representation to communities that are inadequately represented in public spaces, as several members of the constituent assembly noted. They are an appropriate remedy only for persons subordinated by a structural barrier such as caste, race and gender.

Inadequate representation of groups based on caste and gender is a consequence of the group’s members being persistently denied access to opportunities on par with the rest of society, by other members of society. For instance, gatekeepers to social spaces such as schools, workplaces, shops etc. continue to practice untouchability, or create onerous entry barriers for minorities.

Such continual discriminatory treatment could also lead to psychological harms and intergenerational trauma in persons from SCs/STs. One’s membership in an SC/ST caste then becomes the cause for further, cumulative disadvantage that is not only social and educational but also economic.

Unlike the disadvantage faced by SC/ST/OBCs, economic disadvantage of upper caste persons is not caused by systematic discriminatory treatment by other members of society. The framers of the First Constitutional Amendment which introduced Article 15(4) were conscious of this, as Marc Galanter notes in Competing Inequalities:

In spite of [Prime Minister Nehru’s] reluctance to talk about caste, it is clear that what was intended were not measures to erase all inequalities, but specifically those which were associated with traditional social structure. “[W]e want to put an end to . . . all those infinite divisions that have grown up in our social life . . . we may call them by any name you like, the caste system or religious divisions, etc. There are of course economic divisions but we realise them and we try to deal with them. . . . But in the structure that has grown up . . . with its vast number of fissures or divisions. . . .”

Galanter notes that Nehru was unwilling to accept any of economist K.T. Shah’s amendments to remedy only “economic backwardness” of individuals, as opposed to social and educational backwardness of “classes”:

He then observed: “But if I added ‘economically’ I would at the same time not make it a kind of cumulative thing but would say that a person who is lacking in any of these things should be helped. ‘Socially’ is a much wider word including many things and certainly including economically” (id., 9830).

Thus “economic disadvantage” under the Amendment is unlike the structural disadvantage of caste, in that it does not result from membership in a subordinated group but varies from individual to individual.

Watch: Is Reservation for the Forward Castes an Election Lollipop?

That “democracy” is part of the basic structure is oft-invoked in cases concerned with questions of what comprises a representative democracy (“free and fair elections” in Indira Gandhi v. Raj Narain) and how a representative democracy can be realised (mechanisms like “one-person-one-vote” in RC Poudyal, or “secret ballot” in Kuldip Nayyar vs Union of India and ors).

In all these cases, the courts held elements of the structure and form of democratic government to be part of the basic structure. However, these cannot be ends in itself, unless all citizens are a priori free and equal to each other. Indian society possesses deep-seated inequalities perpetuated by structures such as caste, and is thus fundamentally undemocratic. The form of democratic government chosen in our constitution was a means to achieve the substance of democracy – the equal moral membership of all citizens in the polity, which Dr. B.R. Ambedkar alludes to, while defending the choice to place the working of the administrative services in the constitution:

The 10% reservation for upper-castes, instead of remedying caste-subordination towards their equal moral membership, cements the representation of already well-represented upper-caste persons. On this account, it is irrelevant whether the 10% is within the 50% reservation such that SC/ST/OBCs are entitled only to 40%, or if the 50% rule is breached. The very cementing of the representation of already well-represented upper-caste is undemocratic, and will, over generations, destroy the very purpose of the Indian constitution.

Ironically, Ambedkar warned us that it would be possible to “pervert the constitution” by “changing the form of the administration… to make it inconsistent and opposed to the spirit of the constitution”. We chose to allow it with a constitutional amendment, no less.

Malavika Prasad is an advocate and doctoral fellow at the National Academy of Legal Studies and Research. She teaches democracy and the Indian constitution through experiential learning.