The judgment clarifies the powers of the state biodiversity boards, but other basic issues in the design and implementation remain unclear. 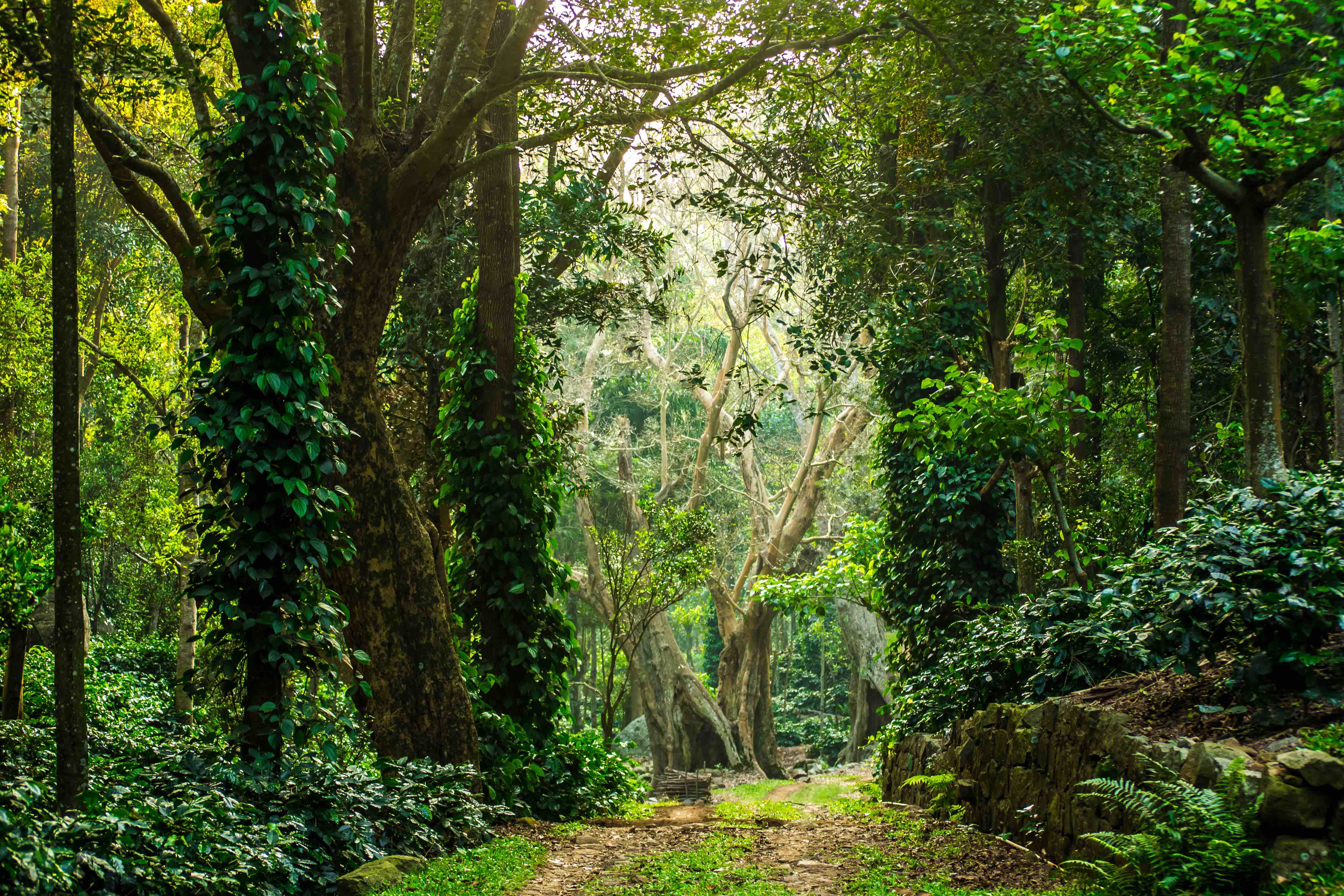 The issue of regulating access to genetic resources and biological materials (GBMR) and associated people’s knowledge by user/accessor companies from the de facto biodiversity keepers on the ground continues to challenge administrators in India. Under the Biological Diversity (BD) Act, 2002, the government agencies tasked to do so are the National Biodiversity Authority (NBA) and the State Biodiversity Boards (SBBs).

For access by foreign entities, the power to approve/reject applications rests with the NBA. Additionally, the NBA vets all access applications for intellectual property rights (IPRs), whether they are by an Indian entity or a foreign body. SBBs have been set up in all the 29 states of the country.

As per Section 7 of the BD Act, no Indian person is allowed to obtain any Indian biological resource for commercial utilisation without prior intimation to the SBB concerned. This interpretation has never been challenged.

However, the role of the SBBs with respect to determining the terms of access and benefit sharing (ABS) has been contested. While SBBs argue that they are legally empowered to set terms for access by Indian entities, user/accessor Indian companies have challenged the same.

This has been the main contention of a recent judgment of the Uttarakhand high court that eventually interprets the BD Act in favour of enhancing powers the SBBs. With this, the long-standing debate on the powers of an SBB to regulate access stand clarified.

It is important, however, to engage with both the merits and limitations of this judgment and contextualise it within the old, unresolved discourse on ABS.

What does the recent judgment clarify?

The December 21, 2018 judgment by the Uttarakhand HC clarifies that SBBs are not limited to merely receiving prior intimations of access from Indian entities using biological resources. This was the dominant interpretation of the law until 2013, when SBBs began demanding access fees from Indian companies.

The SBBs got more legal backing after the ABS Guidelines were issued by the NBA in 2014, pursuant to the coming into force of the Nagoya Protocol (the international regime on ABS) which India is a party to. The judgment clarifies that the board has a core function of regulation, which also includes asking for benefit sharing and determining the terms and conditions to be imposed on the user/accessor against access to GBMR/TK.

Also Read: How Laws to Protect Biodiversity Backfired on Scientists Trying to Save It

The Uttarakhand Biodiversity Board (UBB) sent a notice to Divya Pharmacy in early 2016 stating that the company was in violation of the BD Act for using biological resources from the state for its Ayurveda products, without duly intimating the Board and that it was liable to pay an ABS fee. Divya Pharmacy is the commercial arm of Baba Ramdev’s Patanjali Yogpeeth, which manufactures ayurvedic products from its units based in Uttarakhand.

Challenging the board’s notice, the company filed a writ petition before the Uttarakhand HC in December 2016. It sought the court’s interpretation of the provisions of the BD Act, particularly Section 7, which requires Indian entities to give prior intimation to the SBB before obtaining bioresources for commercial utilisation.

The four respondents in the case were Union of India, i.e. Ministry of Environment, Forests and Climate Change (MoEFCC), the UBB, the NBA and the state of Uttarakhand. The petition challenged the powers of the SBBs to regulate access and determine benefit sharing upon access by Indian entities. Two years later, in the final judgment the court decided in favour of the UBB.

The judgment is an important milestone in clarifying the ABS powers of the SBBs. However, many other basic issues, both in the design and the implementation of this regime remain unclear. While some of these have been central to the debates since the time the Biodiversity Convention (CBD) was signed, others are practical questions that need to be sorted out to even operationalise such pro-ABS judgments.

One of the most fundamental aspects to be established for enforcing ABS obligations is the point of access, i.e. when the access can be said to have taken place. The BD Act does not offer guidance on this. Neither is there case law in India on this precise issue, even though a previous study of legal cases by the authors showed that between 2004-16, ABS matters were the maximum in number being litigated under the BD Act.

Is it when merely the physical raw material is obtained, or when a commercial utilisation occurs with the development into drugs or industrial products and their subsequent sale? This is important to trigger the legal duty of the user/accessor to share the benefits with the source country/community. In the present case, the benefit claimers would be the local communities in the state and the UBB, through which the benefit-sharing agreements would have to be routed.

Accessing GMBR/TK for commercial utilisation would imply benefit-sharing obligations on Divya Pharmacy since the Act came into force in 2003. Therefore, the exact point in time when the Divya Pharmacy accessed the bioresources in Uttarakhand and began manufacturing products would be important to determine the “end use”. But it was a decision of the SBB to use 2014 as the start date. Neither the existing law nor the judgment offers any guidance on this front.

A critical question that the SBBs are confronted with is of the start date of calculation of the ABS fees. The ABS Guidelines were issued on November 21, 2014. In line with that, the UBB put out a Standard Operating Procedure (SOP) for commercial users of biological resources (Access and Benefit Sharing); therein it states that this procedure will be followed for every financial year starting 2014-15. In the Divya Pharmacy case too the SBB calculated the fees payable from 2014-15 onwards.

But the court does not get into the question of date, for example, what about fees for access prior to 2014? After all, the BD Act came into force in 2003. To make things more complex, what about cases in which the GBMR or TK is obtained in the raw form prior to introduction of Nagoya Protocol/ABS Guidelines in 2014, but commercially utilised after these came into force?

The Nagoya Protocol (NP), also cited in the judgment, is silent on this aspect. The domestic ABS guidelines also, as of now, do not offer any guidance on that front. Therefore, in view of the broad objectives of the CBD and the BD Act, it might be useful for the NBA/MoEFCC to take a clear position on this in India. This will offer a blueprint to the SBBs and also aid the discussions on this at the international level.

The benefit sharing demanded by the SBB in the present matter of Divya Pharmacy is monetary in nature. The NBA and SBBs while keen to ensure ABS, also have to be mindful that it is not reduced to a fee collection initiative. This aspect is critical and requires serious scrutiny from within and outside the government.

Quantification of benefits is in itself a poser. The SBBs genuinely seek guidance from NBA/MOEFCC for situations when against a demand for monetary benefit sharing by the SBB, the defaulting company agrees to do non-monetary sharing for a lesser monetary value.

For instance, if the boards raise a demand for ABS fee of an amount of 10 crore, but the user/accessor company offers a school building valued at Rs 10 lakh. ABS agreements are negotiated on mutually agreed terms (MATs); yet SBBs need some operational guidance in line with state policy. India does not have a clearly stated ABS policy per se.

It is 16 years since the BD Act came into force and over four years since the Nagoya Protocol became effective. There is a need for tools and techniques to determine what could be non-monetary benefits. A comprehensive assessment capturing all working models and possible options needs to be undertaken.

The Indian industry has been resisting being brought under an ABS regime; this is something that the NBA and SBBs will have to continue to contend with. Meanwhile, the Ministry is trying to streamline the procedures for the industry in the hope that they can be brought into the ABS net. In March 2017, the then environment minister launched the e-filing of ABS applications.

In September 2018, the Ministry issued an office memorandum directing the NBA to decide all ABS cases that require prior approval of the NBA, on merits and within a period of 100 days from the date of issuance of the OM. However, the dilemma remains as to whether the NBA should be mild (and ask for benefit sharing only for 2017-18) or insist on strict compliance for all previous years of access.

While in the Divya Pharmacy matter, the court addressed the legal questions that arose in the case; the uncertainty on practicalities of enforcing such a favourable order still remains. This is the core issue i.e. how to actually operationalise the benefit sharing with local communities and harness any resources generated for local conservation. Although the NBA has issued Operational Guidelines for SBBs on how to deal with ABS under Section 7 cases, the real-time experiences will continue to test the system. And each matter will have to be dealt with on a case-to-case basis.

Finally, the BD Act’s implementation is still heavily dependent on the integrity and honesty of users/accessors who forward applications for access. The regulatory agencies step in for determining benefit sharing based on the ABS guidelines only after that. In some cases, the SBBs have proactively issued notices on non-compliance with the law.

However, there is need for more to be done to act as deterrence against avoidance of fair and equal benefit sharing (FEBS). Non-centralising this further could be one step and creating community-government partnerships another.

While a legal judgment clarifying that SBBs are empowered to demand FEBS is welcomed, but there are several pending issues still to be resolved before actual benefits to local communities can be realised. Meanwhile, the access continues.

Shalini Bhutani and Kanchi Kohli are independent legal researchers and jointly coordinate BioDWatch, a list serve with updates on the implementation of India’s biodiversity law.