Disciplining the Disabled Body of the Nation

What the home ministry's new guidelines on how the disabled must show their respect for the national anthem tell us about the politics of pure nationalism. 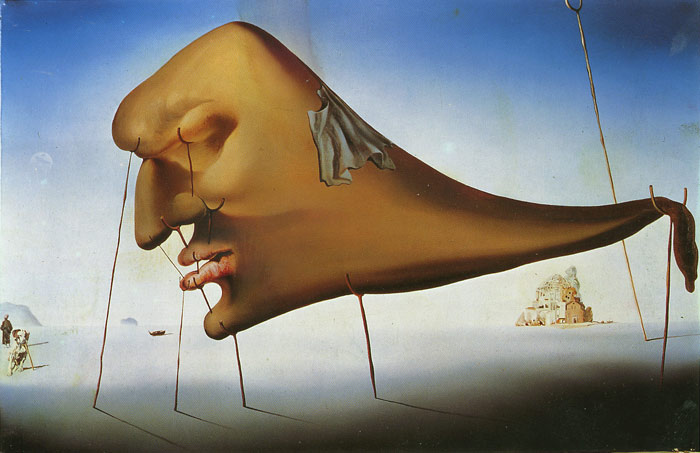 Disability is being seen as a matter of degree or proportion, in relation to the ideal healthy body of the nation. Able bodies that can stand up for the anthem represent the perfect health of the nation’s body politic. The ‘physically and mentally challenged’ bodies need to close the gap with able bodies as much as possible, at least when it concerns patriotic duty. Nationalism has always been understood as a discourse that requires training and understanding, needing both physical and mental indoctrination. From such a perspective, disabilities are seen as lacking in proper mental and physical prowess to be properly nationalist. So they would need special training and methods to bring them into the fold. Even “respect” for the nation and its symbols is understood as a matter of healthy (or perfect) physical and mental ability. The nation symbolises the utopia of a healthy body politic, where disabled bodies and minds are guided to bridge the gap and get closer to the ideal. The converse logic is, disrespect to the nation is a symptom of disability, and cannot be allowed to remain free of guidelines and efforts to bring its dangerous lack into the respectfully tuned body politic of the nation.

There is an alarming mindset at work here that seeks to bring in disabled people into the fold of the able, but not through any idea or content of empowerment. Rather, disabled people have to follow a new constraint which regulates their behaviour according to the diktat issued by the government. The mentality of the government is such at the moment that the governed is understood only through its forced participation into a show of alertness where allegiance to the nation can be visibly performed. Such an enforced performance can alone assuage the sentiments of the government. Nationalism is not seen as a free sentiment of the governed that s/he can flaunt, temper, disregard or even hide out of free will, according to how s/he perceives it as a critical, thinking adult. In these times, nationalism is the challenge to perform your patriotic action, display your nationalist sentiments, under the duress accorded to schoolchildren.

The politics of pure nationalism

It is being proven that the politics of pure nationalism is a politics of re-infantilising the governed. The governed, be s/he abled or disabled, is under the multiple tutelage of the government. The most extreme form of governmentality, heightened by hyper-nationalist regimes, aims at playing the father, the doctor, the teacher and the priest to its citizens. In case of the disabled body, the government plays the father who has the right to claim the disabled body of the child within the sphere of sentiments, as the doctor it directs the disabled body of the patient to perform a medically approved act, as a teacher it lays out the rules of conduct for the differently abled pupil and as a priest, it lays down the desirable moral obligation for a special section among the faithful. For the government, acting as doctor and priest, nationalist sentiments are the most potent therapy for all disabilities of the citizenry.

All these roles perpetuate a code of conduct within which the nation’s disabled bodies have to function. In all these roles, the government enables the disabled body to act under constraints, thus granting it agency by taking away free will. The idea of the citizen-body’s free will is subsumed by the idea of a crisis. Hyper-nationalism is a discourse of crisis, real or imagined. It is only by thinking about a crisis that the nation supposedly faces either externally or internally that nationalism can announce its power over its subjects. Only a nation in crisis can flex its muscles. By a dubiously paradoxical logic, a nation seeks to be most powerful when it perceives itself to be under threat. That is why a nation is always under the spell of alertness and wants its subjects to reciprocate that alertness. Disabled bodies and minds are not exempted from this vigilant act, this show of patriotic solidarity, as a nation under threat cannot afford to allow a single part of its body declared disabled, thus unable to perform the quasi-militaristic ritual of pride and honour. It demands a certain commitment for the patriotic training of the body.

The disabled body is a body understood to be naturally challenged to perform certain actions or think within certain norms. Prejudices and directives regarding the disabled body seen to be naturally inferior work around the idea of such bodies being incapable of performing a set of tasks that others can from the perspective of an ‘ideal’ healthy or able body. The idea of “how to look at” a disabled body has serious repercussions on how such bodies are perceived in the social world in terms of challenges faced at work or home, and regarding the care, respect and prestige they are supposed to receive.

In the era where the government is out to distribute a common nationalist medicine to all its citizens, disabled bodies are seen to be not only naturally challenged but also politically so. But nationalism cannot afford to accept and discourage disabled bodies to function within their sphere of freedom just as it won’t allow others to do so. Every body of the nation is part of nationalist pride and hence every body needs to tune up to its maximum potential to heighten the nation’s self-projection. This is how the politics of nationalism, through a governmentally induced law, politicises the disabled body. The emphasis on “alertness” is a means to tell the disabled that no disability is allowed to exist outside the norms of a condition that requires you to be aware of your duties as a citizen, which includes your duty to pay attention to the national anthem being played. The suggestion is that no disabled person is disabled enough to not be attentive or shirk responsibility towards displaying an intense passion for patriotism.

If you are wondering why the government suddenly found it necessary to include disabled people when it already made the rule of standing up for the national anthem compulsory for those who can easily afford to follow the diktat, you need to go to the bottom of nationalism’s deep psyche to find the twisted logic.

The nationalist psyche does not see disability as an exception, suffered by the nation’s small minority. Disability is rather regarded as the norm, or at least the potential norm, of a national population. The idea of disability here is not physical (or natural) but psychic (or mental, social, political). The secret paranoia of the nationalist psyche, that everyone or no one is capable enough to follow rules, to stand up for, or defend, the nation. It is this paranoia that maddens nationalists. Everyone is potentially disabled till everyone proves otherwise by standing up, by paying attention or being alert to the precise call that shows the nation is vigilant and tuned into action. We are all disabled till we are able to stand up for the anthem, or at least pay attention to it, show our alertness and hence our willingness to partake in the disciplinary ritual of patriotism.The nation remains potentially disabled till its citizen-subjects don’t collectively demonstrate their sentiments of allegiance.

It won’t be fruitful, or even meaningful, to talk about the government’s insensitivity towards the disabled by forcing them to take part in the patriotic ritual at cinema halls or public functions. By its own logic of sentiments, the government is not being insensitive to the disabled at all. By telling them to pay attention, to be alert to the occasion, it is simply telling people with disabilities to prove for once that nothing prevents them from lagging behind others in showing and doing their bit for the nation. In fact, the government has issued what can be seen as a ‘uniform civil code’ of public behaviour. Since disabled bodies are differently abled, let them show their solidarity and prove their allegiance a little differently. If you cannot stand up, no problem, the government is happy if you tighten your muscles and undergo a temporary discomfort even, just like the others who stand up for the occasion, and show you are all connected by spirit, all accustomed by habit together in the nation’s dark theatre, momentarily forgetting your disabilities, adding the surplus value of individual repression to the larger, collective commodity of sentiments.

Manash Firaq Bhattacharjee is a poet, writer and political science scholar. He has recently contributed to Words Matter: Writings Against Silence, edited by K. Satchidanandan (Penguin, 2016). He is currently adjunct professor in the School of Culture and Creative Expressions at Ambedkar University, New Delhi.