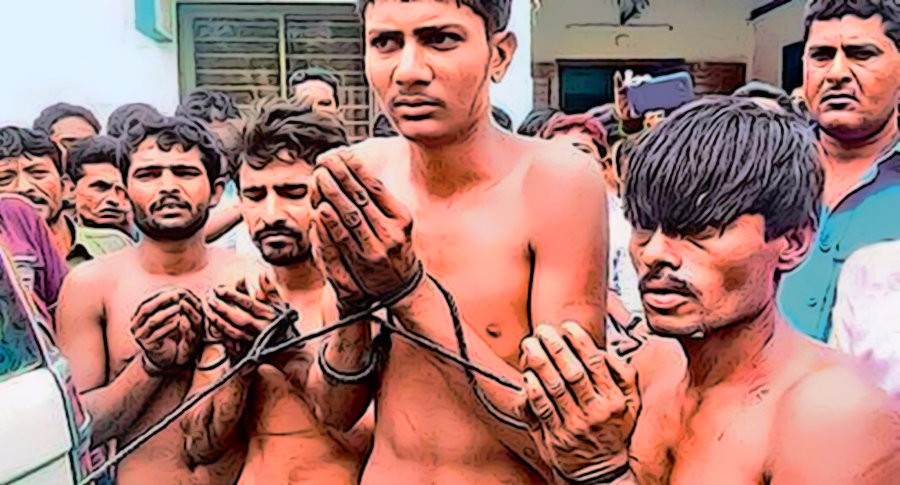 A video screenshot from the attack on Dalits in Una, Gujarat

P.S. Krishnan, former Secretary to Union ministry of welfare, and currently a member of the National Monitoring Committee for Education of Scheduled Castes, Scheduled Tribes and Persons with Disabilities, has expressed his distress over the Supreme Court’s judgment on March 20 diluting the SC and ST (Prevention of Atrocities) (POA) Act 1989 and the POA Amendment Act, 2015.

The judgment in Subhash Kashinath Mahajan vs The State of Maharashtra was delivered by a two-judge bench comprising Justices Adarsh Kumar Goel and Uday Umesh Lalit and has since caused widespread dismay for having diluted the POA Act.

On Thursday, Krishnan wrote a detailed letter to the Union minister for social justice and empowerment, Thaawar Chand Gehlot, advising the Centre on what steps to be taken in the wake of the judgment. The Wire has a copy of the letter.

Krishnan enjoys all-party support in view of his efforts for social justice for SCs and STs over the last seven decades. Having authored the 1989 Act as a civil servant in the then Rajiv Gandhi government, and associated with the enacting of the 2015 Amendment of the Act, Krishnan is considered a “non-political prime mover” of both the legislation, and is held in high esteem across the political spectrum.

Former civil servant P.S Krishnan has asked the Centre to seek expunging of the observations of the judges in the March 20 judgment, which suggest that the Act is perpetuating casteism. Credit: Telangana government

Krishnan recalls that the 1989 Act was enacted by the then Rajiv Gandhi government in view of the rampant perpetration of atrocities on SC/STs. The Act was operationalised by the succeeding V.P. Singh government. He compliments the Narendra Modi government for further strengthening the Act through an amendment, as suggested by him in 2015, and urges it to issue a strong statement disapproving the Supreme Court’s March 20 judgment.

The 1989 Act and the 2015 amendment are founded on social realities and constitutional mandates, vide Article 46 of the constitution, Krishnan says in the letter. Article 46 enables the state to promote with special care the educational and economic interests of the weaker sections of the society, in particular, the SCs and STs, and to protect them from social injustice and all forms of exploitation.

Krishnan points out that any effort on the part of SCs/STs to secure their constitutional rights is visited with severe reprisals, including massacres, mass arson, social and economic boycott, and various kinds of humiliation. “A sample of this evidence needs to be placed before the Supreme Court. These facts are so well-known and notorious that the Supreme Court will be required to take judicial note of it”, the letter says.

Justifying the 1989 Act, Krishnan says because of the juxtaposition of the powerful and the powerless in India’s caste system in every village, it is very difficult to secure proper investigation and quick and successful trial.

Krishnan, therefore, persuades the Modi government to present the notorious cases as follows, to the Supreme Court:

This is an example of how factually indisputable cases of crime fail in the courts showing that acquittal does not mean the case is false.  This case shows how witnesses are vulnerable to intimidation and threats, which include social and economic boycott. Krishnan adds that this was noticed by a committee which toured British India in the 1920s, and this situation continues even today.

The former civil servant wants the Centre to tell the Supreme Court that delay in investigation and trial result in intimidation of victims, their survivors, and witnesses by various means including social and economic boycott, which are crippling.

Because the caste system is rampant and is inherited over the centuries, caste-based mindset, and biases are widely prevalent among all sections, in all the limbs of the state and institutions, and keeping this in view, the Act has been strengthened, but this is not enough, he contends. Among the important amendments in 2015 to the Act, is a new chapter of the rights of the victims and witnesses.

Krishnan cautions the Centre that the condition of prior sanctions, laid down in the Supreme Court’s judgment of March 20, will worsen the already existing long delays in the prosecution of atrocity cases.

He has, therefore, also asked the Centre to seek expunging of the observations of the judges in the March 20 judgment, which suggest that the Act is perpetuating casteism.

“Casteism can be abolished only if its underpinnings are eliminated, such as the landlessness of SCs, the misappropriation of the lands of STs, lack of irrigation for SC and ST lands, unavailability of quality education from pre-school to the highest level, high neonatal, infant, under-five and child mortality rates, stunting, anaemia etc. in all of which the SCs/STs fare the worst among all social groups. These have to be tackled. Mere slogans and verbal attacks on the caste system will not eliminate it”, Krishnan says in the letter.

Krishnan contends that casteism can be destroyed only with the elimination of wide gaps between the SCs and STs at the bottom end, and the socially advanced classes (SACs) at the other end, in every parameter of development, welfare and life. The 1989 Act and the 2015 Amendment Act are part of this package of comprehensive measures, and this is what the Centre should tell the Supreme Court. 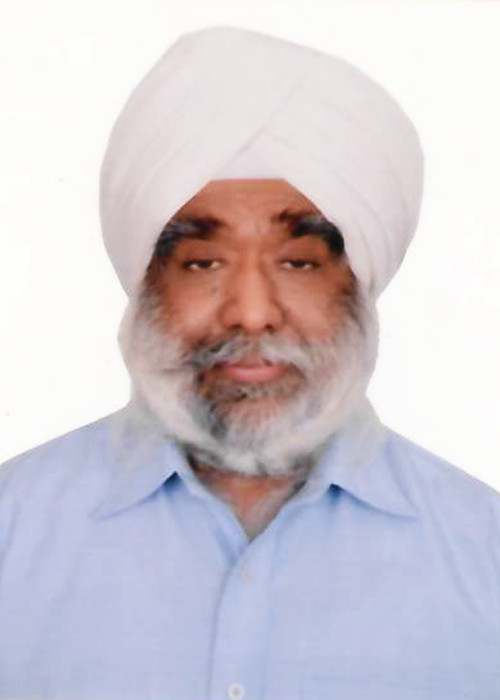 The letter also wants the Centre to dissociate itself from additional solicitor general Maninder Singh’s statements before the Court, as reported in the Times of India, dated March 21.

Singh reportedly told the court that the issue of making provision for punishment for false complaints was examined by Parliament, but the government took a stand that awarding punishment to members of SCs and STs for false implication would be against the spirit of the Act.

Krishnan’s letter underlines that Singh failed to explain that the Centre had rejected the recommendation of the parliamentary standing committee in this regard because the acquittals of the accused do not mean that the cases were false. The acquittals usually mean that a factually true account of the atrocity could not be provided in the court because of poor investigation or witnesses turning hostile on account of the absence of adequate protection for them.

Krishnan adds: “The observation of the Bench (of the Supreme Court in the March 20 judgment) that it has noted “abuse” of law in the nearly three decades of its operation, is a very drastic observation, not backed with evidence and facts”. He has also claimed that the bench’s use of the phrases like “rampant misuse”, are drastic, not backed by evidence and facts.

Krishnan has taken exception to the bench’s observations that the legislature never intended to use the Act “as an instrument of blackmail or to wreak vengeance” or “to deter public servants from performing their bona fide duties”. The problems faced by SCs and STs vis-à-vis many public servants is that they fail to perform their bona fide duties, he says in the letter.

Krishnan also wants the Centre to explain to the court that it took a very limited view of the historical and present role of the caste system and casteism by erroneously implying that checks on the POA Act are required to promote fraternity. The SCs and STs thirst for fraternity and integration, more than any other class, he points out.

The March 20 judgment pertains to government servants, which is not typical of the bulk of cases of atrocities and cases under the POA Act. Therefore, from such an atypical case, to reach a conclusion affecting a large number of victims of atrocities on issues related to land, resistance to untouchability, women’s honour, bonded labour, etc is not in keeping with the principles of jurisprudence, he says.

In Lalita Kumari vs Government of Uttar Pradesh, the Supreme Court directed that prompt registration of FIR is mandatory under Section 154 of the Cr.P.C. if the information discloses commission of a cognisable offence and no preliminary enquiry is permissible in such a situation.  A quick preliminary enquiry is prescribed only where there is doubt whether the offence is cognisable or not. Krishnan implies that the March 20 judgment ignores this precedent.

The letter apprehends that dilution of Section 18 of the Act by conditions such as those directed in the judgment will encourage such police and other officers who suffer from widespread caste bias, and demoralise and scare the already weak and vulnerable SCs and STs.

Comparing the March 20 judgment with the previous judgment in Rajesh Sharma vs the State of Uttar Pradesh, wherein the same bench (comprising Justices Goel and Lalit) assumed misuse of the anti-dowry provision of Section 498A in IPC, Krishnan recalled the remarks of the Chief Justice of India, who has decided to revisit it, that the court cannot write law but can only interpret a law that is ambiguous or silent on certain aspects, and not when it is crystal-clear. “This is a similar case”, Krishnan concludes.

Lastly, Krishnan urges the Centre to explore the possibility of requesting the court to recommend the appointment of judges hailing from SC and STs to the high court and the Supreme Court, so that they can constitute benches to hear such cases, with due sensitivity.