Curiously, the three victims were declared hostile during the trial. 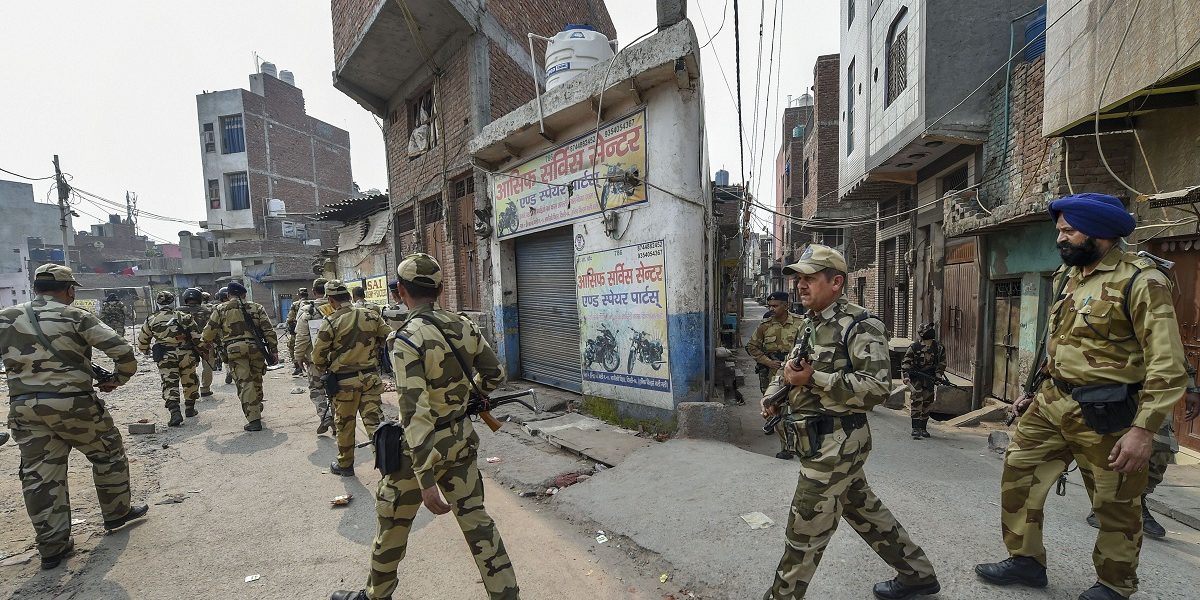 New Delhi: In the first conviction among a slew of cases relating to the Northeast Delhi riots of February 2020, a man was convicted on Monday for being part of a riotous mob that set a Muslim family’s house on fire.

As per the prosecution, Yadav was an “active member of the riotous mob” and actively participated in vandalising and setting on fire the house of a 73-year-old woman named Manori near Bhagirathi Vihar on the night of February 25, 2020. Manori had alleged that a mob of around 150-200 rioters attacked her house when her family was not present and looted documents such as the sale deed, jewellery and even a buffalo.

Curiously, the three victims, including the complainant Manori, were declared hostile during the trial and denied that they had told the police that the house had been vandalised, ransacked and looted by the violent mob in their presence.

While the court admitted that “the evidence on record does not indicate that the accused had directly committed the offences involved in this case”, it said section 149 (member of unlawful assembly guilty of common offence) of the Indian Penal Code (IPC) engraft the principle of “constructive liability”. This means that a person would be guilty of an offence though he may not have directly committed it because as a member of the unlawful assembly, “he had shared the common object with the other members to commit such an offence”.

“The accused stands convicted for offences punishable under sections 143 (member of an unlawful assembly), 147 (punishment for rioting), 148 (rioting armed with deadly weapon), 457 (house tresspass), 392(robbery), 436 (arson) of IPC read with section 149 (member of unlawful assembly guilty of common offence) of Ithe PC,” the judge stated in the order and listed the matter for order on sentence on December 22, according to news agency PTI.

The maximum punishment under these sections entails a jail term of up to 10 years.

“It is great to share that the first conviction order has been issued today in respect of North-East Riot Cases,” Sanjay Kumar Sain, DCP northeast district said in a press statement.

In July, another judge had pronounced the first judgment in the Delhi riots case, acquitting a man of rioting and dacoity charges and noting that the prosecution had “miserably failed to prove its case“.

More than 50 people, a majority of them Muslims were killed in the Delhi riots in late February 2020. More than 700 people were injured and property worth crores of rupees was vandalised and looted during the rioting. According to report, so far, chargesheets have been filed in 361 out of 758 riots cases and charges have been framed in 67 cases. 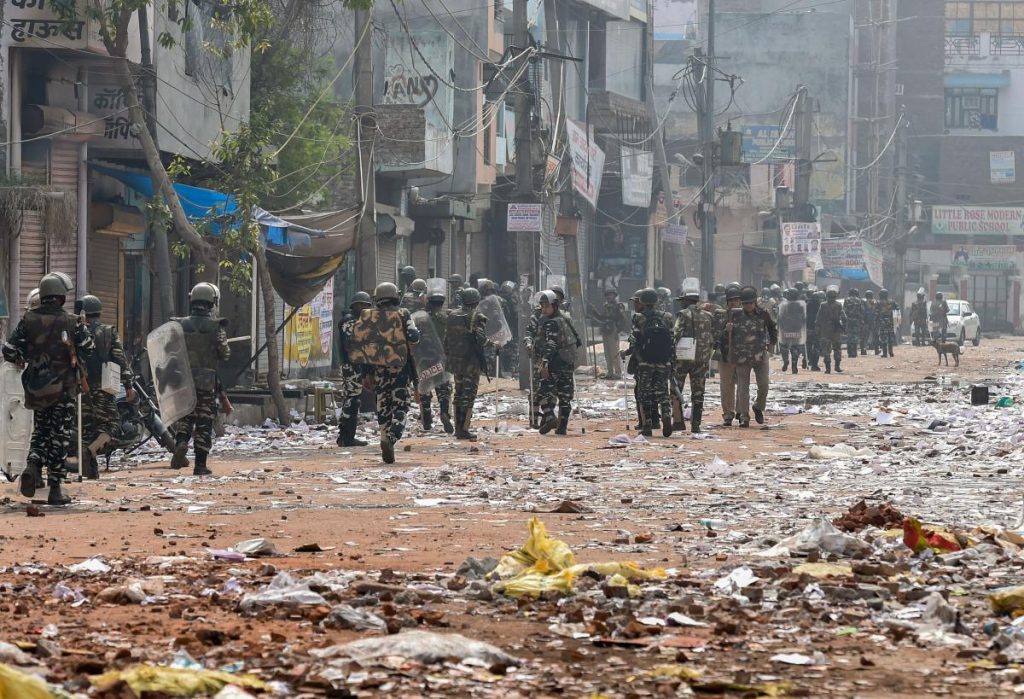 What unfolded during the trial

The prosecution examined 13 witnesses during the trial, while Yadav denied all the charges against him and claimed he was false implicated in the case.” The accused has chosen not to lead any evidence in his defence,” the court noted, according to Bar and Bench.

Judge Bhat’s order also noted that the testimony of the complainant Manori shows that she had not seen or identified any of the assailants who had vandalised her house. She deposed that because of the communal riots in the vicinity of her house, she and her family members left the house at around 4 pm on February 25, 2020 to stay with one of their relatives. After four days, they were called by the police and found that their house was completely burnt and a buffalo and calf had been taken away by unknown persons.

She deposed that she can not identify any of the rioters who might have set fire to her house as she was not present at the time of the incident. “She was declared hostile at the request of the [special public prosecutor (SPP)] and in the cross-examination conducted by the [SPP], she denied having stated to the police that her house had been vandalised, ransacked and looted by the violent mob in her presence,” the order says.

Similarly, witnesses Arif and his brother Ashiq, whose house had also been set ablaze and looted by the rioters, deposed that they cannot identify any of the rioters. They were also declared hostile and denied that the incident had taken place in their presence.

“Even though these victims … had not identified any of the rioters in the mob yet their testimonies establish the fact that their houses had been trespassed into after breaking open the locks, vandalized, robbed and then set on fire by a violent mob. Therefore, the offences … were committed by the persons comprising the mob,” the court said.

The prosecution then said that two police officers, constable Vipin and head constable Sanoj, are the eyewitnesses to the incident. The court said that their deposition clearly establishes the fact that the Yadav was part of the mob which had attacked, looted and set ablaze the house of the complainant.

Police officer Vipin deposed that on February 25, 2020 at about 11 pm, he and Sanoj and other police officers were on riot controlling duty in the area of Bhagirathi Vihar. He saw about 200-­300 rioters armed with lathis, dandas (sticks) and stones.

“They saw that the rioters were identifying the Muslim persons, segregating them and beating them. The vehicles belonging to Muslims were put on fire and thrown in [the] nala. He further deposed that rioters were putting on fire the houses in E block. He deposed that from amongst the rioters, he identified the accused Dinesh Yadav @ Michael as he knew him prior to the incident,” the order says.

The deposition of police officer Sanoj was also on similar lines – that he identified Yadav as being part of the mob but did not see him commit the offences in the case.

At this point, the counsel for the accused argued that no active role has been attributed to his client by the two witnesses, which “clearly indicates that the accused was only a bystander and did not share the object of the unlawful assembly”. The defence also argued that the accused resides in the vicinity of the spot where the incident occurred and therefore, “his presence on the road in the area during the riots was natural”. The deposition of these two witnesses establishes “the innocence of the accused and is liable to be acquitted”.

The judge noted that though it is true that the accused had not taken any active part in vandalising, looting or setting the house of the complainant on fire, “it cannot be said that he was only a bystander or a passive spectator”.

The deposition of the police officers shows that the accused was amongst the rioters who were identifying Muslims, beating them and setting ablaze the houses in E ­Block of Chaman Park. The accused was also carrying a danda at that time, the court noted.

The court relied on the Supreme Court’s judgment in State of UP vs Kishan Pal (2008) to show that once membership of an unlawful assembly is established “it is not incumbent on the prosecution to establish whether any specific overt act has been assigned to any accused”. The top court had said:

The court then noted that it would be difficult but not impossible to collect any direct evidence of knowledge of common knowledge because it involves a mental act. “[Y]et such knowledge can be easily inferred from the circumstances in which the offence is carried out by the members of the assembly and the motive as well as the nature of the assembly, its common object and the conduct of its members before and after the actual commission of crime,” judge Bhat said.

“There is nothing on record to show that the accused had disassociated himself from the unlawful assembly and he did not share the common object of the assembly. It does not appear that his presence at the incident spot was only because he is a resident of that very area,” the order says.

The mob’s actions to assault members of the Muslim community and damage their properties coupled with the fact that the accused was seen amongst the rioters armed with a wooden rod is “sufficient to indicate beyond any doubt that he too shared the common object of the assembly and had knowledge that these types of incidents would be indulged into by the members of the assembly”, the court said, finding him guilty.