The Supreme Court's Constitution Bench ruled that the Lieutenant Governor is bound by the advice of the council of ministers. Anil Baijal's insistence that he retains control over 'services' may set a dangerous precedent for the country's federal structure. 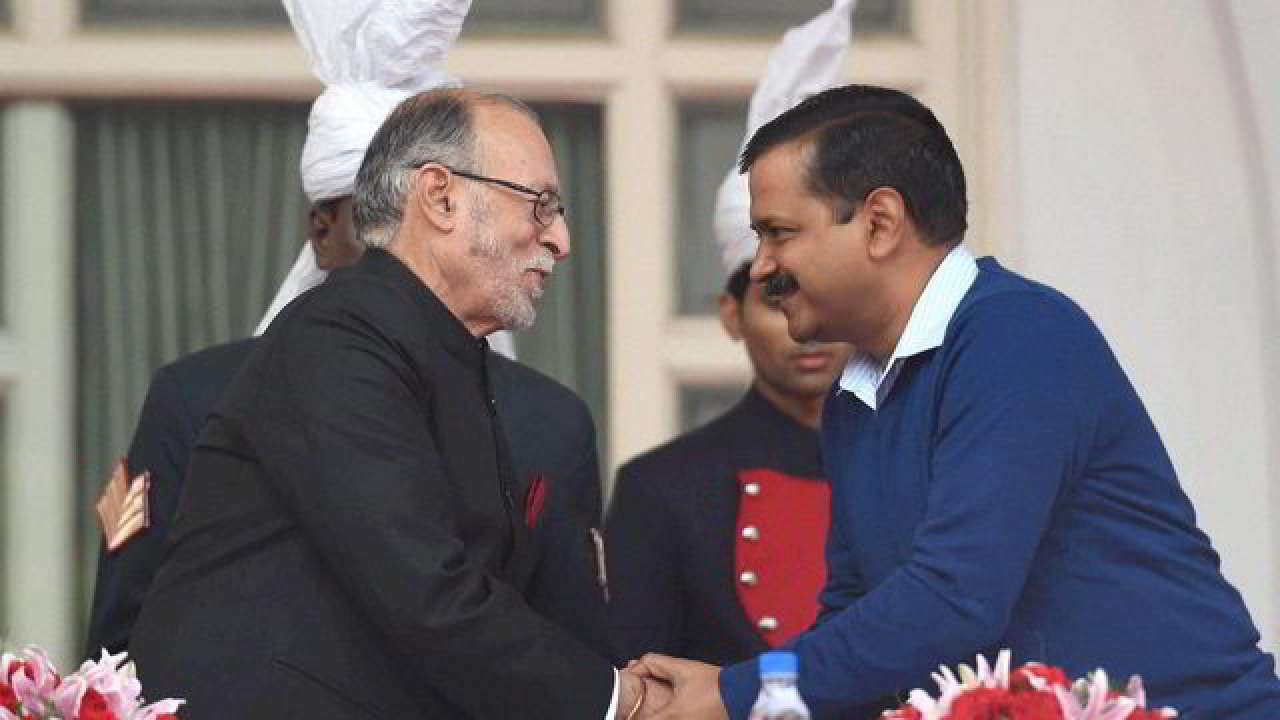 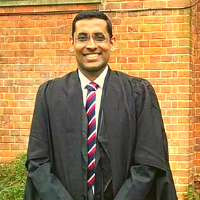 Three years in office and a five judge-bench ruling by the highest court of the country seem to be insufficient in resolving the political tussle over the power-sharing arrangement in the national capital. When last month, the Supreme Court ruled on the controversy, one had hoped that it would resolve the differences once and for all. However, since then, the Lieutenant Governor Anil Baijal’s insistence on retaining control over ‘services’ and installation of CCTVs and bureaucrats defying the government’s transfer orders prove that the issue is far from settled.

The real question here is whether such differences have arisen because the SC’s ruling leaves a genuine room for confusion for them, and over the power-sharing arrangement in general; or whether these differences symbolise – more worryingly – a willful blindness to the content of the ruling? I attempt here to summarise what the court held and thereupon build an answer to this question. More specifically, I discuss the impact of the SC’s decision on the specific issues of ‘services’ and CCTVs to evaluate the merits of the LG’s position on the same. This piece, hence, analyses the actions of the LG after and in light of the Constitution Bench having clearly laid down the power-sharing arrangement for the national capital. Before that, however, it may be worthwhile to lay out what the text of the Constitution provides with respect to the administration of the national capital.

LG and the Constitution

Part VIII of the Constitution deals with Union Territories (UT) and Article 239AA therein provides the special provisions with respect to Delhi. What seems to set Delhi apart from other UTs is the provision of a directly elected legislative assembly and a council of ministers headed by a chief minister, to “aid and advice” the LG. The UT of Puducherry seems to have a similar arrangement as well.

Had we been dealing with a State and not a UT, such a controversy was unlikely to arise in the present times, since there is no dearth of Supreme Court decisions which have held that the “aid and advise” of a council of ministers is binding upon the governor of a state – who in many aspects, like the president of India,  is a nominal head only – without much discretion to differ from such aid and advice. This is based on the simple principle of primacy of the elected representatives of the people in a democratic set-up. On the contrary, LGs are the administrative heads and UTs ordinarily never have elected legislative assemblies, making LGs the sole decision-makers. Therefore, it is the presence of a directly elected legislative assembly in UTs like Delhi and Puducherry that has caused much confusion over who is in charge.

The SC therefore had to determine, inter alia, whether in a UT like Delhi the aid and advice of the council of ministers binds the LG, like it binds a governor in a full-fledged State. And if so, then when exactly can the LG exercise independent power, if any?

The provision is also very clear on what is to be done when there is any difference of opinion between the LG and his ministers. In such cases, the LG shall refer the same to the president, and act according to the president’s decision. The LG may, in a rare situation, act independently, when pending such decision by the president, the urgency of the matter so dictates.

The Supreme Court’s judgement clearly establishes that the LG is bound by the aid and advice of the council of ministers. Credit: PTI

What the SC laid down

The above being the legal position, the Supreme Court held that the ‘aid and advice’ provided by the council of ministers shall be binding upon the LG. In holding so, the SC did not lay down any groundbreaking or new rule of law. Rather, it simply extended the principle of primacy of an elected legislature over an unelected head of state, where both exist, to UTs.

While this principle has been uncontroverted in states because elected legislatures are a norm there, it now has been extended to those UTs where elected legislative assemblies exist. It would defeat the purpose of having such elected representatives in a UT if their decisions were to be of no avail. Similarly, LGs remain the sole administrative heads with power to act with relative independence in UTs which do not have an elected legislature.

The SC reiterated that the only exceptions shall be laws concerning ‘law and order’, ‘police’, and ‘land’, as stipulated by Article 239AA.

In rare cases, the LG can refer exceptional disagreements with the ministers/matters affecting the Union, for the president to decide.

The SC has held that the power of the LG to refer to the president “any matter” over which a difference of opinion has arisen does not mean “every matter”. The ordinary rule is that the LG would be bound by the aid and advice of the council of ministers of Delhi, regardless of the LG’s differences. It is only in rare situations that the LG may not choose to follow such aid and advice and seek the president’s consideration.

The above power given to the LG has been described in the judgment written by Chief Justice of India Dipak Misra (speaking for himself, Justice Sikri and Justice Khanwilkar) as an exception and not a general rule. In fact, they go on to say that “the lieutenant governor should not act in a mechanical manner without due application of mind so as to refer every decision of the council of ministers to the president” – a statement which gains significance given the LG’s position on a host of administrative issues preceding the judgment. It is noteworthy that the chief justice’s opinion condemns an “obstructionist” approach and calls for a constructive mindset in the exercise of this rare power by the LG.

Justice D.Y. Chandrachud, in a concurring judgment, further elucidates that it is not “every trivial difference” of opinion with the ministers for which the LG can reserve the matter for the President’s consideration, but only “substantial issues of finance and policy which impact upon the status of the national capital or implicate vital interests of the Union”.

It would therefore follow that as a general rule, save for ‘law and order’, ‘police’ and ‘land’, the LG is bound by the aid and advice of the council of ministers on all matters which are central to the administration of the NCTD and do not affect the interests of the Union.

Having explained what the SC held in this regard, some past actions of the LG’s exercise of this power are instructive to note. It is learnt that of the 17 Bills passed by the Delhi Assembly in 2015 which were pending with the then LG Najeeb Jung, 12 had been reserved for final approval from the Centre. These included the Delhi School (Verification of Accounts and Refund of Excess Fee) Bill 2015, Delhi School Education (Amendment) Bill 2015, Right of Children to Free and Compulsory Education (Delhi Amendment) Bill 2015, the Janlokpal Bill 2015, the Minimum Wages (Delhi Amendment) Bill 2015, and the Delhi (Right of Citizen to Time Bound Delivery of Services) Amendment Bill 2015. On the face of it, all these seem central to the essential and core administrative concerns of the national capital and its routine, day-to-day administration. The fact that they were reserved for the president’s consideration is a clear example that the power to reserve a disagreement for the president’s consideration had been exercised most extensively and as a matter of general procedure. 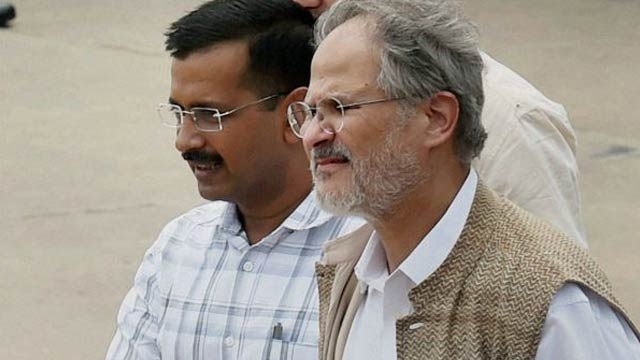 Former Delhi LG Najeeb Jung exercised the right to reserve the president’s consideration most extensively and as a matter of general procedure. Credit: PTI

Now, before specifically examining the impact of the judgment on ‘services’ and CCTVs, it is important to set it out here (as the SC also echoed) that under the Constitution, the LG has “not been entrusted with any independent decision-making power”. The LG’s actions can follow only two possible routes: act upon the aid and advise of the council of ministers or in the case of a difference of opinion, refer in exceptional circumstances to the president. When urgency requires, the LG may act even pending the president’s decision.

The dispute on control over ‘services’

It is open for the LG to argue, as may emerge in the next round of hearings before the SC next week, that his difference of opinion with respect to ‘services’ constitutes a difference of opinion of the exceptional nature as envisaged in the judgment and hence such decisions can be reserved for the president’s consideration. However, this argument would not be in line with the SC’s understanding of what constitutes such exceptional circumstances, on which some light is shed in Justice Chandrachud’s concurring opinion, where he clearly states that these are indicative of issues “which impact upon the status of the national capital or implicate vital interests of the Union”.

Therefore, those aspects of administration of the national capital which have an impact upon the Union’s interests (by virtue of Delhi being the national capital, for example, say areas housing embassies) would be cases falling under the category of exceptional circumstances on which the LG can reserve the matter for the president’s consideration. ‘Services’ here, however, mainly includes transfers and postings of administrative officers, which cannot at the face of it be taken to mean an issue affecting the vital interests of the Union. In fact, much to the contrary, it is very much at the heart of day-to-day administration of the national capital.

Let us not forget, however, that it is not the LG’s position that he should be entitled to reserve this issue for the president’s consideration. Rather, the LG seems to be under the conception that he can independently act on the same. This is evident from media reports which claim that the LG has been advised by the Union home ministry “to keep control” over ‘services’. This in the very first instance goes against the SC’s decision which held that the LG has “not been entrusted with any independent decision-making power”.

It emerges then, that the LG’s position that ‘services’ would come under his purview is contrary to what the SC held since the only matters outside the elected government’s preview have been already clearly spelt out (being ‘law and order’, ‘police’ and ‘land’), and the LG is bound by the elected government’s decisions (read ‘aid and advice’) on all others, which would include ‘services’.

It is noteworthy that the argument with respect to CCTVs is not likely to be so one-sided, since it comes close to the ‘law and order’ function which under Article 239AA, is outside the purview of the elected government in the national capital. It remains to be seen what view is taken by the Supreme Court on this matter.

Even though it is clear that the SC’s judgment last month, defining the power-sharing arrangements between the elected government in the national capital and the LG, has not laid the dispute to rest, it emerges that at least with respect to ‘services’, the LG’s position seems to be in direct contradiction with the SC’s ruling, even if the LG may have valid points on retaining control over CCTVs.

One hopes that this follows a lack of good legal advice, for it would set a dangerous precedent for the federal structure of the nation if political considerations could be allowed to override the rule of law. As it is, the LG’s position on ‘services’ is running dangerously close to flirting with contempt of court.

Pranav Verma is an advocate based in Delhi.