Delhi Police Have Forfeited All Manner of Public Support

There are visible parallels today to the total paralysis of the police in 1984.

The Delhi Police acted after more than 42 were killed and over 500 were reportedly injured in days of unprecedented communal violence that rampaged North East Delhi. There has been arson, looting, killings and destruction of property.

Were the riots really unexpected?

North East Delhi has a history of intermittent communal violence. The current rioting started on Sunday, February 23, after some incendiary hate speeches from leaders of the ruling establishment at the Centre were made against members of a minority community. This was reason enough for police to register cases and initiate preventive action.

They did not. Why?

Videos of these hate speeches were played in the Delhi high court by activist Harsh Mander, urging for the court’s intervention for the registration of an FIR. The rioting broke out three days after the hate speeches were made. The Delhi Police was a mere bystander to these events and the escalation of violence on Monday and Tuesday.

The Ministry of Home Affairs has now claimed that, in the last 36 hours, there have been no major incidents of violence in the areas rocked by mayhem earlier. Reportedly, as many as 48 FIRs have been registered and more than 500 have been arrested or detained for questioning.

I have always enjoyed a reputation as an ardent defender of the police force whether in TV discussions I participated in or in my articles published in the media. My effort has always been to make people understand the action or the role of the police – which they rarely have adequate knowledge of.

This has often attracted the wrath of my colleagues in the IPS and the IAS, for what they have termed as ‘trying to defend the indefensible’. However, the appalling inaction of the Delhi Police during these three days of rioting has forced me to be an opponent and not a defender of the force I once belonged to.

Not that there haven’t been any indicators of the rot that has set into the police force. The leadership crisis within the Delhi Police was on obvious display during the November 2019 lawyers’ strike when the police and their wards marched to the police headquarters to express their lack of confidence in the commissioner.

This crisis was heightened after their questionable partisan role and deliberate inaction during the protests that erupted in connection with the Citizenship Amendment Act (CAA) and the National Citizenship Register (NCR) – be it at the Jamia Millia Islamia University, JNU or the continuing protests at Shaheen Bagh. 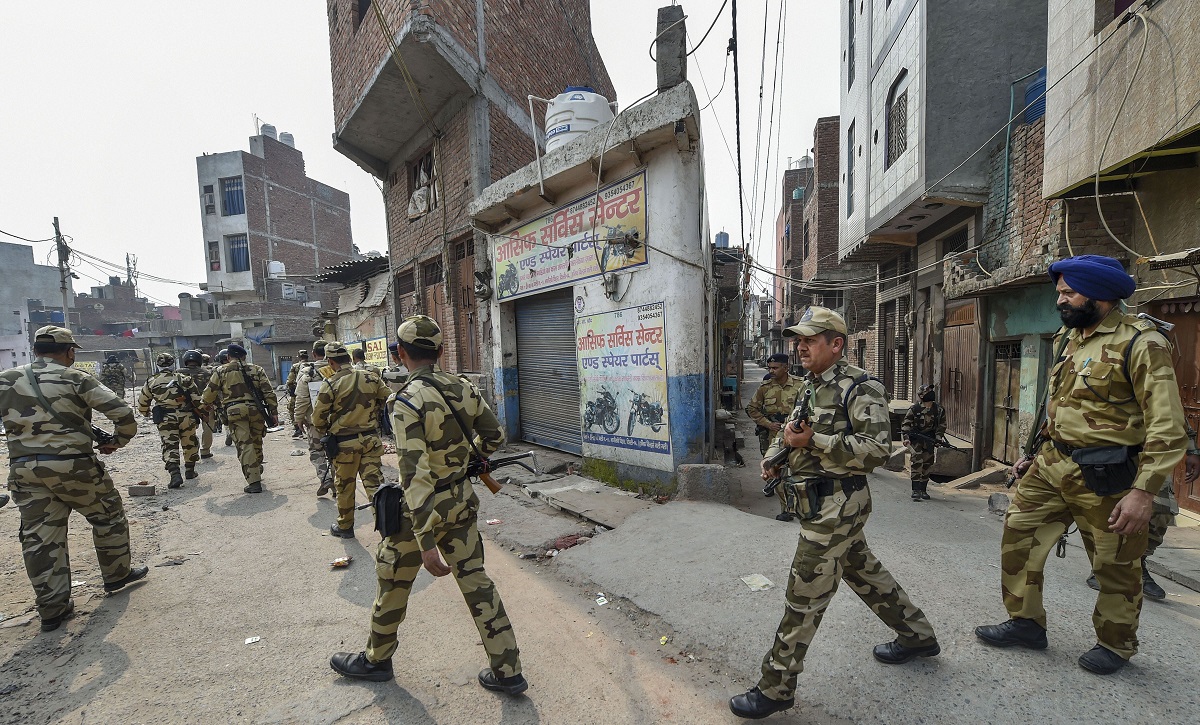 In 1990, when I was the traffic chief for Delhi, the government sent me to Japan in a JICA (Japan International Cooperation Agency) programme where I experienced for the first time how the Japanese maintained the biometric details of its citizens.

Every citizen could be identified with a national identity card. An officer at the Japanese Transport Authority asked me to place my hand on a scanner platform palm down, and promptly on the monitor screen in front of me, appeared all my particulars as scanned by them at the airport from my passport.

Instantly I realised that the authorities not only had every detail of its own citizens on record, they also had te details of every visitor in Japan. I wanted this in my country, to make my simple ‘challan’ system more efficient.

With just one driver license issued by different states to identify the motorist, the system available to us then was cumbersome. If only a national driver license register was made possible! Upon my return to the country, I moved a paper departmentally and wrote extensively in the media about the efficacy of the biometric identity card for every citizen.

My efforts were water on a duck’s back.

Not before 2009 did the then Congress government warm up to the idea of introducing the Aadhaar – a unique identity card for its citizens. By this time, identity cards were aplenty, issued for multiple applications individually by every department. Driver licence, voter identity card, departmental identity card or a health insurance card, and so on.

But every sane person would and should know it is to the advantage of every citizen of any country to have one’s own national identity; and it should be a matter of pride for every citizen to have his or her name inscribed in the National Citizen Register. So technically, no one is against the CAA or the NRC.

Come 2014, the BJP stormed into power and the deviously leaning clever minds of the party understood the potential of the Aadhaar in pushing forth their professed agenda for a Hindu Rashtra. Through the Aadhaar it was easy to identify, bracket, and target members of any minority community or discriminate against and nefariously deny them government benefits available to other citizens.

Unfortunately, the ruling establishment was not clever enough to be secretive or diligent about its intentions or possibilities; and senior elements within the party bragged blatantly about what they could do to the minorities.

This is the background against which the CAA and the NRC need to be viewed. Despite legal luminaries having declared the soundness and legality of the CAA, the protesters are not convinced of the sincerity of the government in its implementation and feel it is discriminatory based on religious belief. The ruling establishment has itself and its loose-tongued party functionaries to blame; and instead of allaying the protesters’ fears through debates, negotiation or amendment of provisions, they are trumpeting against the totally decimated Congress and other opposition parties are only adding to the existing stalemate.

Delhi Police is the best-equipped police force in the country and is looked up to by the police of other states in the country. At the outset of our career, we learnt police duties and responsibilities required to prevent and detect crime. We are responsible for maintaining public order, peace and tranquillity in the area.

The Delhi Police failed to do this in the riot infested north east Delhi areas, by not taking preventive action at the first sign of rioting despite having adequate time and by being mere bystanders and observers to the violence perpetrated before their very eyes and in their presence.

Also read: Calculated Chaos: The Delhi Riots Are Exactly What CAA Is About

Many people, including judges, have likened the situation in north east Delhi to the 1984 anti-Sikh riots. Despite the flak the Delhi Police got for handling these riots, I personally know of officers who acted diligently and stood their ground to protect life and property. I was never summoned by any commission of enquiry to give my statement. In the current riots, there are visible parallels to the total paralysis of the police, the only difference being that one did not have to look far to see on whose behest the police inaction or partisan action was being undertaken.

It was evident the police were rudderless and handicapped by weak leadership. They were seen to be biased towards the ruling party, acting ruthlessly and unjustly against peaceful protestors.

The failure of the police was not confined to Delhi alone but was also evident in other parts of the country when dealing with agitations surrounding the CAA – both pro and against. The riots in Muslim dominated areas of Delhi were waiting to happen. The police failure in Delhi is particularly sad as it is the nation’s capital with a large and well-equipped police force. 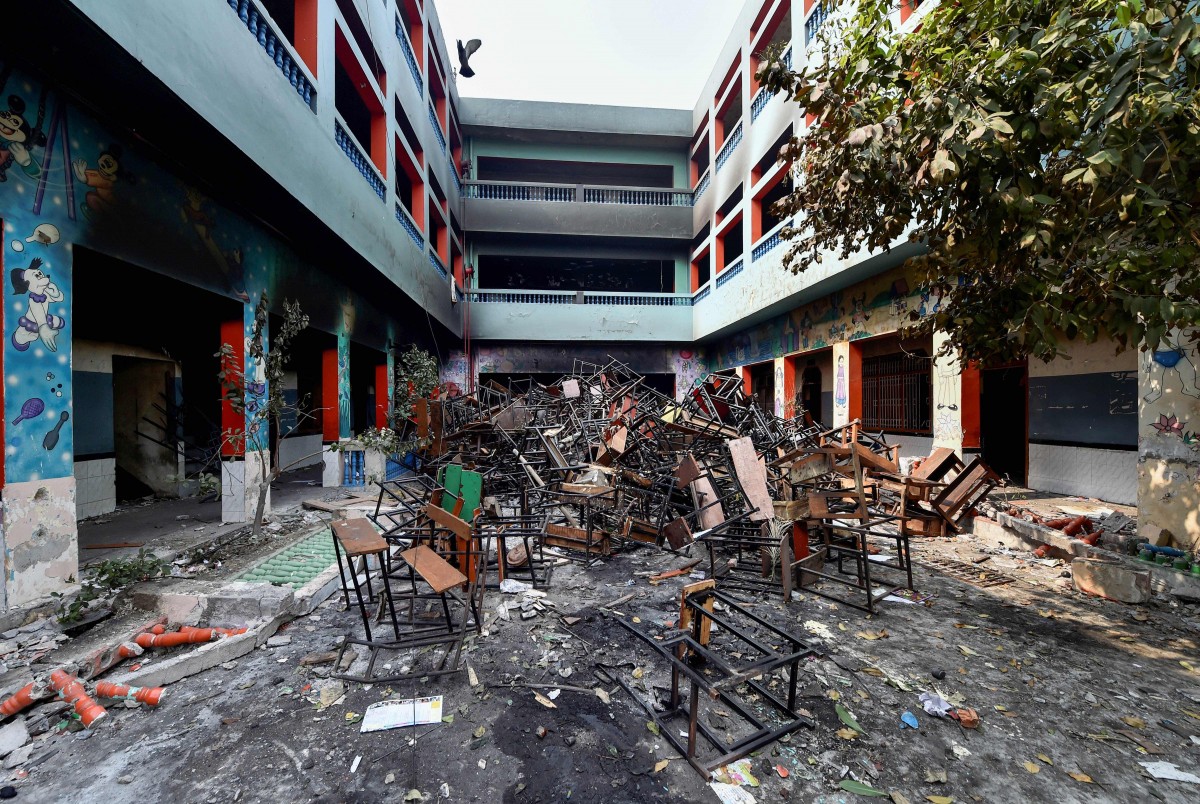 There has not been a single visual or report on TV or in the press to establish whether the commissioner of police even visited a single troubled spot to see for himself and give suitable directions to his staff on what they should do. Has he been seeking instructions from the Union home minister and perhaps even the prime minister on how he should act? One is left wondering how many more lives have to perish before the situation is totally normal and brought under control

It is, therefore, an inevitable conclusion that poor and the unprofessional leadership was acting at the behest of the political bosses in the government and was the root cause for the riots. In UP, the current chief minister, who is blatantly communal, has no scruples in ordering his police to take any and all measures in dealing with those who oppose him or his party.

The overall impression is that the police today has been completely saffronised. It is also not uncommon to find apologists today in our midst who, in spite of reading articles by writers of repute, are in a state of denial and keep repeating ad nauseum that these are all motivated. Hindutva is truly a dominant card, not the human values we were all taught by our parents, forefathers and teachers.

Also read: Explainer: Who Are the Policemen Heading SITs on the Delhi Riots?

It is hoped and firmly believed that the much-needed police reforms are the answer. “The Supreme Court issued six directions in 2006 to state governments with a view to transforming the ethos and working philosophy of the police,” wrote Prakash Singh , who has been spearheading the need for reforms, in a recent article.

The SC has directed the setting up of a state security commission with a view to insulate the police from external pressures. Several states have enacted laws purportedly in compliance with the Supreme Court’s orders, but these were ultimately found to violating the letter and spirit of judicial directions.

While police reforms are necessary, there appears to be no guarantee that the mere implementation of these reforms will solve the problem of political interference in police functioning. From past experience, political leaders are expected to oppose police reforms tooth and nail, and the apex court has not shown any signs of pressing the issue. Police leadership will still be under the control of politicians and the ability to act will still be affected by the ability of the police leadership to take a stand; and that appears to be a far cry.

The only recourse left for police leaders is to be resolute and make it unequivocally clear that, in operational matters, they will brook no interference. Dealing with law and order situations, the arrest and prosecution of criminals, and deployment of the force, they will stick to their own professional judgement, and not compromise it at the altar of political expediency. This is going to be a tough call but unless the police are prepared to take this resolute stand, similar situations will recur, and the police will fail miserably and repeatedly as upholders of law and security and will forfeit any public confidence or support.

Maxwell Pereira is a former Joint Police Commissioner of Delhi and has had a thirty-five-year long career as a police officer.