In a February 2020 speech, Umar Khalid had accused the RSS and Hindu Mahasabha of supporting colonialism. This, the bench claimed, meant he was suggesting "only one community fought for India's independence." 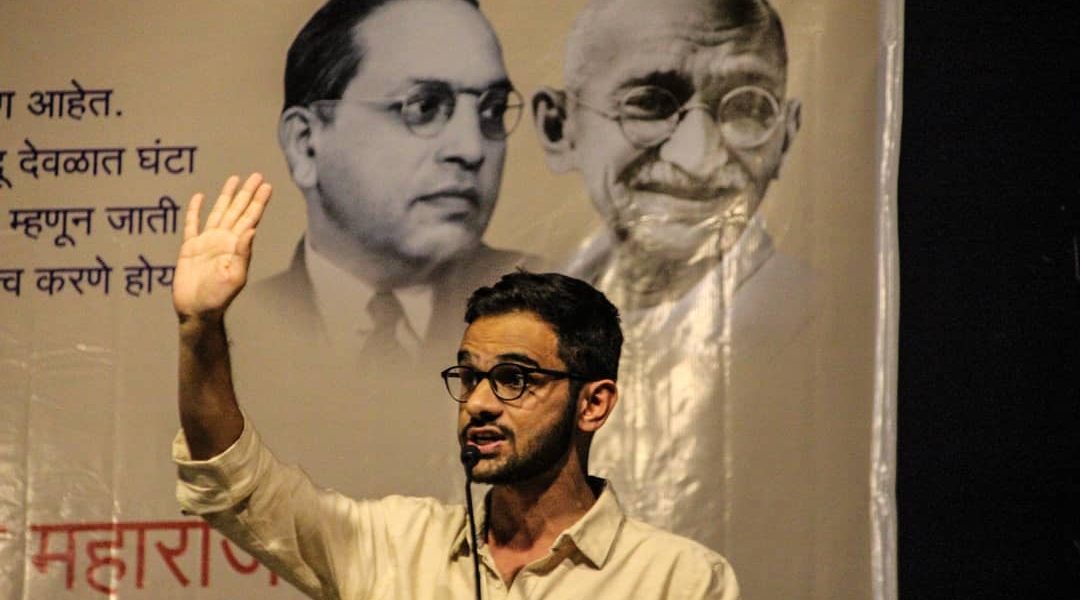 New Delhi: Umar Khalid’s description in a 2020 speech of the Rashtriya Swayamsevak Sangh and Hindu Mahasabha acting as “agents of the British” during the freedom struggle was interpreted by the Delhi high court as “giving the impression that only one community was fighting against the British”. This, the bench of Justices Siddharth Mridul and Rajnish Bhatnagar went on to assert  was “obnoxious, hateful, offensive and prima facie not acceptable.”

The contents of Khalid’s speech at Amravati came up before the court on Friday as part of its hearing on the bail plea of the jailed scholar who was arrested in September 2020 under the Unlawful Activities (Prevention) Act and charged by the Delhi Police of being part of the “larger conspiracy” behind the Delhi riots of February 2020.

In his speech, Khalid had critiqued the Modi government, spoken of the movement against the Citizenship (Amendment) Act, and asked people to counter “hate with love”. He had also called for protests against the CAA during the impending visit to India of Donald Trump.

Excerpts of the speech form part of the primary riots FIR (59/2020). Khalid has filed an appeal challenging the trial court’s refusal of bail for him. The high court has issued notice on the appeal and said that the matter will be heard on April 27.

The paragraph containing the line which the bench objected to is the following:

“Right now, when IPS Abdur Rehman was speaking, he spoke about Gandhi and told us that the weapons that Mahatma Gandhi has given us to fight are Ahimsa and Satyagrah. CivilDisobedience and Non-Cooperation were the methods of Mahatma Gandhi in his fight, and it is through these methods of struggle that we achieved our freedom. That was the time when we were fighting the white colonisers, and when we were fighting against them, the ancestors of the present day rulers of India – the RSS and the Hindu Mahasabha – were acting as agents of the British. Today, they are asking us for the records of our ancestors. It is important to ask them about the record of their ancestors. When the people of India were giving sacrifices –from Jallianwala Bagh massacre to many other incidents when the British shot Indians down, imprisoned so many who dreamt of India’s freedom, the ancestors of the present day rulers were acting as agents of the British. We want to tell them that at that time, we carried out civil disobedience against the white colonisers (goro), and now in 2020 we will do civil disobedience against the thieves (choro)

Another paragraph where Khalid made reference to the “ancestors” of India’s present-day rulers was this:

“The first time, Gandhi did Non-Cooperation against the British, one institute, one university that came out of that was Jamia Millia Islamia. At that time, Gandhiji had given a call to boycott schools and colleges run by the British, and to Indians to establish their own schools and colleges. The first university to come up to fight for India’s independence was Jamia Millia Islamia. Today, the university is being lathi-charged upon, fired bullets upon, being defamed and being called a den of anti-nationals. We want to tell them, that when your ancestors were acting as agents of the British, the students, teachers and even the VCs were fighting against the British government. They were being imprisoned, and unlike your ancestors they never apologised to the British to be released from jail. Instead, they fought till their end against theBritish government. The history of Jamia Millia Islamia, our history is a history of sacrifices for the country. If there is any threat to the freedom of our country – that Jamia Millia Islamia and several freedom fighters fought for – or to the values of our country laid by its founding figures and those who drafted its constitution…if there is any threat to our country, then, like our freedom fighters, we would stand up to save our freedom, our democracy and our constitution.”

Nowhere in these paragraphs is there any reference to religious communities as a whole taking part in, or keeping away from, the freedom struggle. Instead, Khalid was contrasting the “ancestor” test for belonging that was being introduced for all Indians under the National Register for Citizens and CAA with what he said was the betrayal of the freedom struggle by the “ancestors of the present day rulers”. The paragraph also explicitly identifies these “ancestors” as two political entities – the RSS and Hindu Mahasabha. The fact that these two organisations did not take part in the freedom struggle is a matter of historical record. Likewise, his reference to Jamia’s role was because the university and its students – who were now in the forefront of the anti-CAA movement – were subjected to a crackdown and vilification campaign.

However, when senior advocate Trideep Pais – who was appearing for Khalid – sought to clarify that the anti-Citizenship Amendment Act protests were the context of the speech and Khalid was highlighting the state of electoral democracy and rule of law, the bench intervened. As reported by LiveLaw, Justice Mridul said:

“All this is offensive and obnoxious. Don’t you think these expressions used are offensive to people? These are offensive per se. It’s almost as if we get an impression that only one community fought for India’s independence… Did Gandhi ji ever employ this language? Did Shaheed Bhagat Singh ever employ such language? We have no qualms about permitting free speech but what are you saying? Does it not attract section 153A or 153B of Indian Penal Code?”

The two sections refer to promoting enmity between different groups on grounds of religion, race, place of birth, residence, language, etc. and imputations and assertions prejudicial to national integration.

It is not clear on what basis the judge interpreted Khalid’s remarks – which are critical of the RSS and Hindu Mahasabha – as capable of promoting enmity between two communities.

The Wire has earlier analysed Khalid’s Amravati speech on February 17, 2020, which has been selectively quoted by Bharatiya Janata Party leaders in parliament, public speeches and on social media to claim that Khalid called for blocking of roads.

“…on the 24th (of February), when Donald Trump comes to India, we will tell that the Prime Minister and Government of India are trying to divide the country; they are destroying the values of Mahatma Gandhi; and that the people of India are fighting against the rulers. If the rulers want to divide India, the people of India are ready to work towards uniting the country. We will come out on the streets. Will you people come out,” Khalid had said in the speech, whose transcript is more than 2,600 words long.

This particular portion of the speech was extracted and used in video clips to propagate a claim that a call for violence was being made.

Umar Khalid Amravati speech by The Wire on Scribd


Throughout the speech (the full text of which is above), Khalid refers to Mahatma Gandhi and his ways, highlighting a necessity to continue protests against the CAA, which discriminates on the basis of religion.

Khalid was open in his criticism of the BJP government in the speech, highlighting instances of communal behaviour that was either encouraged or left unpunished by it, including lynchings by cow vigilantes. He also refers to the Ayodhya land title judgment, seen as a victory for the Hindutva workers who destroyed a mosque in 1992, and the Union government’s sudden reading down of Article 370 in Kashmir, noting that there were no protests then.

“They (the government) had become so drunk on arrogance and power, that they started thinking that the people of India are so afraid that they will never oppose them. Today, we told them that by oppressing us so much, by trying to scare us again and again, today you have removed fear from our hearts,” he said.

In the same speech, Khalid made repeated urges to maintain peace and harmony.

He also vowed not to allow the country to be divided by hate.

“We swear by Mahatma Gandhi, that it is our responsibility to now defeat you. You might have brought CAA in 2019, but we will fight to end CAA in 2020. We will not let this country be divided, irrespective of how hard you try to divide it,” he said, speaking of communal leaders.

Senior Advocate Pais said Khalid was being accused of conspiracy even though he was not in the city at all.

“Silent whisper. Not present, nothing recovered, no overt act ascribed to me, no money recovered,” Pais said, according to LiveLaw.