It is not true that the court altered or read down the terror law or went beyond the ambit of the petition. In fact, the court disposed of the appeal with complete mastery.

The newspaper also quoted the SC as saying:

“What is troubling us is that in a bail petition, the HC authors a 100-page judgment, and that too discussing all laws. This is something very, very surprising. Because the legality or constitutionality of UAPA was not challenged before the HC. Since bail has been granted, those who got the relief won’t be affected. But otherwise, we will stay the effect of the order.”

The reported also quoted the law officer, representing the prosecution, as saying:

“Right to protest doesn’t include the right to indulge in terrorist activities and killing people. So many people died in Delhi riots. If we go by HC’s interpretation, a terrorist who launches a murderous attack on people couldn’t be charged under UAPA since he could be booked under Section 302 of IPC.”

The headlines and the law officer’s statements suggest that some dreaded terrorist had been set free by the Delhi high court. It was, however, three student activists – Natasha Narwal, Devangana Kalita and Asif Iqbal Tanha – who were granted bail. They were arrested under the stringent Unlawful Activities (Prevention) Act (UAPA) in relation to the northeast Delhi riots last year.

How did the HC deal with the matter?

Three separate judgments were delivered by the HC. The lead judgment is being dissected in this piece. The HC noted that the students (of Universities in Delhi) had participated in protests against enactment of certain laws. Consequently, they were charged under criminal and terror laws. In May 2020, they were arrested. The chargesheet was filed shortly thereafter and trial has not commenced. In October 2020, the special court rejected their bail application. The students preferred to file an appeal before the HC under Section 21(4) of the National Investigating Agency Act, 2008, and a division bench of the Delhi high court granted bail on June 15, 2021.

The HC disposed of the appeal with complete mastery. It recorded the essence of allegations, and the scope of UAPA, which was triggered by the prosecution. The high court discussed Sections 15, 17, 18 and 43-D of UAPA. It relied upon several judgments of the SC, and complied with the dictum of SC that a prima-facie view on bail must be based on very cogent material. Consequently, the HC considered the material in the chargesheet carefully. It then noted rival submissions. The high court also noted that there were 740 prosecution witnesses and trial was unlikely to commence anytime soon in view of the truncated functioning of courts due to the COVID-19 pandemic. Bail was granted in this backdrop.

The claim that in 100 pages, the HC analysed the entire factual and legal issues is laudable. Can this be held against the HC?  That the high court discussed laws necessary to grant bail is also unexceptionable. Can this be held against the HC? It is surprising that the Supreme Court has held these against the HC! What is even more surprising is the top court’s less than charitable observation that the HC had discussed provisions of UAPA without the vires of the said provisions having been challenged. The SC’s observations overlook that the high court had relied upon provisions of UAPA before granting bail. Could the HC have countenanced both – reliance and an attack on UAPA – simultaneously? Had UAPA provisions been challenged, the HC would have first ruled on their constitutionality before relying on them.

The high court also considered the three lists in the 7th Schedule to the constitution and came to the logical conclusion that UAPA, a Central legislation, was enacted by parliament under Article 246, arising out of the Union List (I) Entry -1, which mentions “Defence of India”. It noted that “Public Order” is mentioned in State List (II), and Criminal Laws (excluding matters specified in List I or II). Entry 93 in List-I mentions “offence against laws with respect to any of the matters in this list” [emphasis added].

No other entry specifies terror law. Consequently, UAPA provisions can be foisted in such cases pertaining to ‘Defence of India’, in contra distinction to ordinary criminal laws. This is an unimpeachable constitutional prescription, in the humble view of this author. 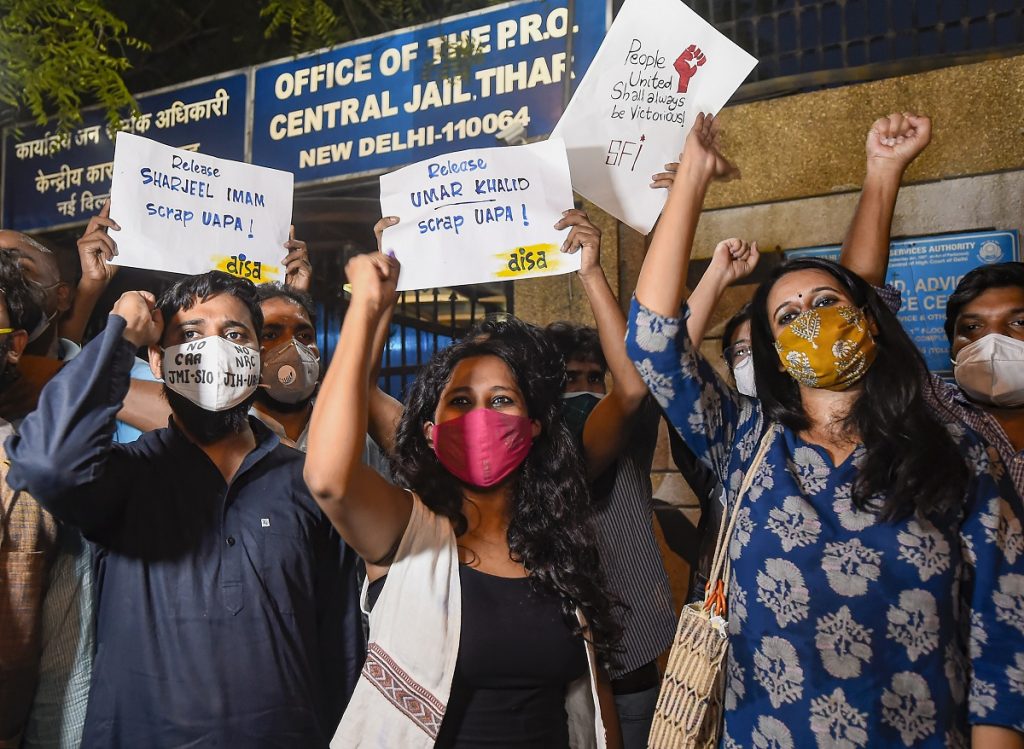 From the factual matrix, as contained in the chargesheet, the high court came to the prima facie conclusion that the ingredients of Section 15, 17, and 18 of UAPA have not been satisfied. Consequently, the rigorous provisions of Section 43-D (5) of UAPA – which makes bail the exception – do not apply.

Hence, normal bail principles under criminal law would apply. This analysis by the HC is entirely logical with mathematical exactitude. Nothing more nothing less!

The HC pithily observed that “during the trial, the state will no doubt attempt to marshal evidence and make good the allegations made against the accused”. So, it is not as if the high court had ruled that UAPA provisions shall not apply in principle. They would apply still, if during the trial, the state is able to marshal evidence to bring the chargesheet within the ambit of Sections 15,17, and 18 of UAPA. The reasoning of the high court is unexceptionable and sound. The HC has only been fair in its approach and seems to be still prodding the prosecution to do a better job during trial.

When the Supreme Court’s conscience did not permit it to send the accused back to jail as undertrials, nothing survives in the SC, except academic exercise. The top court is unlikely to enter into the factual thicket of the 17,000-page chargesheet without any question of law arising. The HC did not lay down any law or did not alter or read down UAPA, as it is being assumed. UAPA stands firmly entrenched and courts can freely decline or grant bail, subject, however, to the only condition that they have to be as meticulous and as fair as the Delhi high court has been, before exercising this discretion.

The HC has carefully ruled: “Nothing in this order shall be construed as an expression on the merits of the pending trial.” The matter should rest there, and trial must commence, during which process, the guilty should be convicted and the innocent should be acquitted.

There is a widespread perception that the prosecution’s only argument is: if UAPA or any terror law is foisted on someone, he can never be granted bail, regardless of the factual matrix contained in the chargesheet. Can such an argument, if any, be countenanced in any civilised jurisprudence? Should courts fold their hands in despair in the teeth of such arguments, if any?

India’s democracy is undergoing metamorphosis. Our high courts are striving valiantly to uphold liberty and fraternity. The SC may have to be careful not to demoralise judges, particularly those who are authoring outstanding and erudite judgments.

Bishwajit Bhattacharyya is a senior advocate in the Supreme Court and a former additional solicitor general of India.