The court also restrained Poonia from 'hacking' messages on the firm's Slack channel and sharing chats between WhiteHat Jr. and its employees on his YouTube channel. 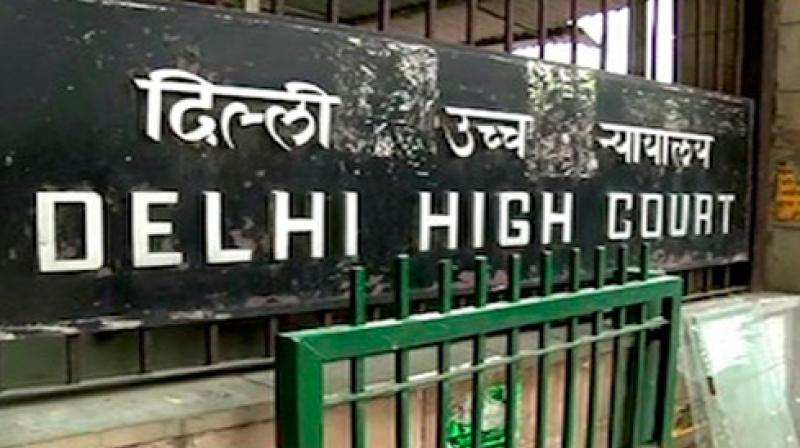 Poonia, a former Cisco engineer and a UPSC civil services aspirant, had claimed the startup used “copyright protection” to take down critical feedback of the firm or its products, among other allegations.

The HC in its order has asked Poonia to take down specific tweets regarding the numbers of teachers, alleging WhiteHat Jr. to be a ‘ponzi’ scheme, and other tweets, LiveLaw reported.

It also restrained him from hacking messages on the firm’s personal communication platform Slack and sharing chats between WhiteHat Jr. and its employees on his YouTube channel.

“This court finds that the grant of an interim injunction in the present suit entails decisions on various disputed questions of fact,” Justice Mukta Gupta said, inviting Poonia to submit an affidavit in response to the charge.

Poonia reportedly got access to WhiteHat Jr.’s Slack channel and shared the conversations publicly – one of the accusations mentioned in the lawsuit apart from “publicly criticising the marketing tactics” of the firm and “publicly spreading misinformation about the founder and the firm”.

It is not clear how Poonia – although called a ‘whistleblower’ by the Morning Context, suggesting insider knowledge of the firm – was associated with WhiteHat Jr. In one of his latest series of tweets, he clarified that he never worked for either Byju’s or WhiteHat Jr.

The defamation notice also raised concerns over Poonia accusing WhiteHat Jr. for “murdering” an “imaginary” 12-year-old child named ‘Wolf Gupta‘ – who in one of WhiteHat’s ads had landed a lucrative job at Google.

Apart from these issues, which were discussed during the hearing, the HC sharply pointed to Poonia’s tweets on the quality of teachers. “You are saying that their teachers are housewives, are you saying they are uneducated persons? How can you be so derogatory towards them? Of course, this is defamation!”

Advocate Swathi Sukumar, representing Poonia, said that his statements were not malicious, to which the HC replied as saying: “Is this not malicious that you are saying that their teachers are housewives? Even if they are housewives, what’s the problem if they’re doing part-time jobs?”

Also read: India’s Privacy Bill Will Alter How It Regulates Social Media Platforms, Not All of It Good

Founded in 2016 by Karan Bajaj, former chief executive of Discovery Networks India, White Hat Jr. aims to equip students as young as six with computer coding skills and teach them to build commercial-ready games, animations and apps online using the fundamentals of coding. It offers five levels of courses including beginner, intermediate, advanced, professional and applied tech, according to the website.

In August, the Mumbai-based edtech startup was acquired by Byju’s in an all-cash deal worth $300 million – its largest acquisition till date, Mint had reported.

WhiteHat Jr. faced social media flak after its advertisements promised high salaries for students if they learn coding. According to another Forbes report dated 27 October, the Advertising Standard Council of India (ASCI) had asked the coding startup to take down its advertisements and said it made misleading claims.

Byju’s founder Byju Raveendran had told Yourstory that WhiteHat Jr.’s marketing campaigns were “live” even before the firm acquired it. He said he was ensuring that his team was rectifying any and all errors.

One of the comments shared in a Twitter thread alleges that the teacher, who is purportedly taking a trial class, is not familiar with the subject of coding.

Jihan Haria, a 12-year-old from Pune, posted a roast of one of WhiteHat Jr.’s advertisements on his YouTube channel, ‘Just Jihan’, which was taken down by the video sharing platform the same day, on account of copyright violations, Forbes reported in October. The move was protested by Jihan’s father who tweeted about the incident and got the attention of Poonia – who later posted a revised version of Jihan’s video on his YouTube channel, Pradeep Poonia 3.0. (The HC in its order has asked Poonia to take down specific URL numbers from this channel.)

This channel is Poonia’s third. According to Forbes, at least six videos were taken down from his first YouTube channel, WhiteHatSr, and eight videos were removed from his second channel, Safed Topi Sr 2. Pradeep Poonia 3.0 has seen two videos erased.

With three strikes, a channel can be permanently removed from YouTube. Jihan’s channel got one strike, and Poonia’s first two channels were suspended because of multiple strikes.

After a month, Jihan received an email from YouTube saying that WhiteHat’s copyright strike was not complying with legal requirement and hence the video was restored.

Multiple people who have posted critical reviews of WhiteHat Jr. have found their posts swiftly taken down, across social media platforms, including YouTube, LinkedIn, Reddit, Twitter and Quora, the report said.

Prashant Reddy, an independent lawyer specialising in intellectual property (IP), told Forbes that the [copyright] law has an exemption for the purposes of commentary in the Copyright Act, where you can reproduce the content for reviews.

“This is more a comment on how YouTube and other social media are moderating their platforms. If it’s so easy for companies to censor critical content, that’s the larger issue. Algorithms cannot distinguish between fair use and the copyright law.”

YouTube has a content ID system that helps to easily identify and manage copyrighted content on the platform. “This [the content ID] was primarily created for the music ecosystem, where record labels were asking for fair compensation for IP that they owned when people used their music. This controversy has been coming up a lot for legitimate criticism,” said the report, citing Shashidhar KJ, associate fellow, Observer Research Foundation, who specialises in technology and policy.

He adds, “What’s happening with WHJ is sort of an abuse of the Content ID system…If you are reviewing or critiquing the company’s marketing, you would have to show the advertisement you are talking about. Technically, those ads are copyright of WHJ, and YouTube has to comply with this. The content ID system is heavily skewed in favour of the IP holder.”

Another interesting point is raised by lawyer Nikhil Narendran, partner, Trilegal, who told Forbes that unlike in the past years when a visit to the court was necessary to get something pulled down from the internet, now “there are intermediaries controlling the flow of information using their community standards and guidelines”.

“Technically, they still need a court order, but due to commercial relationships with companies giving them so much advertising, they may move muscle to bring content down.”