As Delhi HC Decriminalises Begging, the Centre Must Address the Root Causes

The court, which declared as unconstitutional certain provisions of the Bombay Prevention of Begging Act, 1959, observed how the "State has not been able to ensure even the bare essentials of the right to life to all its citizens", thus leaving many with no option other than begging for survival. 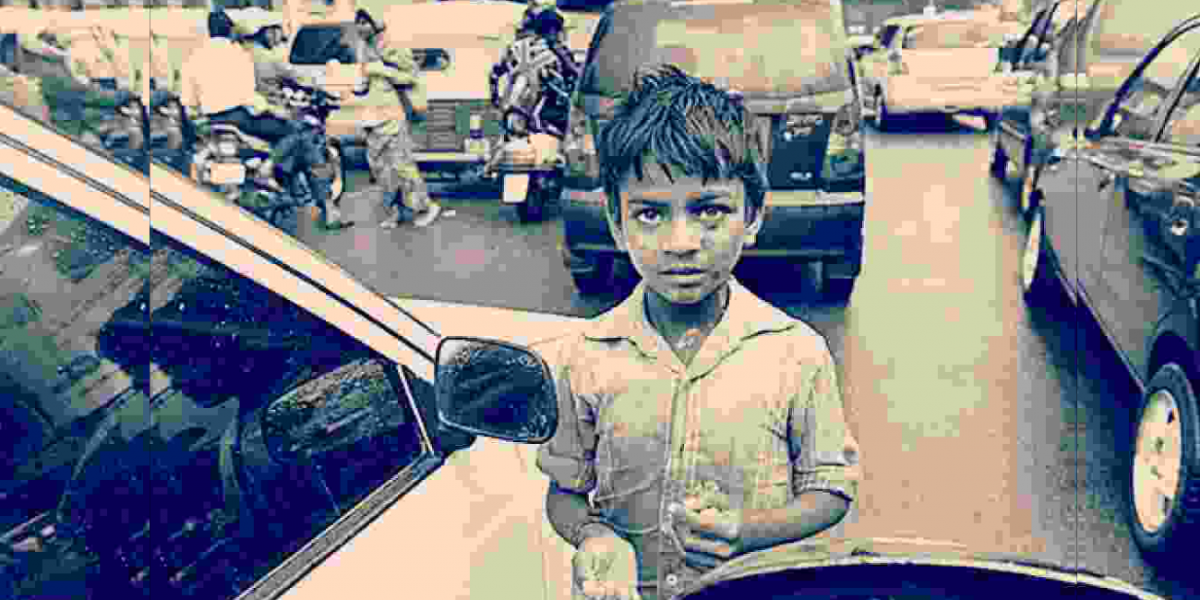 The Delhi high court bench of the Acting Chief Justice Gita Mittal and Justice C. Hari Shankar, on Wednesday, declared as unconstitutional certain provisions of the Bombay Prevention of Begging Act, 1959. The notorious Act was extended to Delhi by the Centre through an amendment in 1960. The Act prescribed that any person, if found begging, on conviction for the first time, would be detained for not more than three years, and on conviction for the second time, for a period of ten years.

The Act was found to be harsh, not just in terms of its disproportionate punishment, but also for the process it prescribed. All offences under the Act, except those under Section 11, were to be tried summarily, that is, without giving any opportunity of being heard to the accused. Section 11, which gives the opportunity of being heard to the accused, imposed punishment of minimum one year and maximum of three years imprisonment on those who cause others to beg, or use them for begging. Section 11 is among the few provisions of the Act, which were allowed to remain in the statute book by the high court.

The bench justified its ruling on the ground that the government has the mandate to provide social security for everyone, to ensure that all citizens have the basic facilities, and the presence of beggars is evidence that the state has not managed to provide these to all its citizens.

“If we want to eradicate begging, artificial means to make beggars invisible will not suffice. A move to criminalise them will make them invisible without addressing the root cause of the problem,” the bench observed.

The root cause is poverty, which, according to the high court, has many structural reasons: no access to education, and social protection, discrimination based on caste and ethnicity, landlessness, physical and mental challenges, and isolation.

Criminalising begging is a wrong approach to deal with the underlying causes of the problem. It ignores the reality that people who beg are the poorest of the poor and marginalised in society and it violates the most fundamental rights of some of the most vulnerable people in our society, the bench held. People in this stratum do not have access to basic necessities such as food, shelter and health, and, therefore, criminalising them denies them the basic fundamental right to communicate and seek to deal with their plight, the bench reasoned in its judgment.

Twenty states and two union territories have either enacted their own legislations or adopted the legislations enacted by other states, to criminalise beggary.

The petitioners before the high court were social activists, Harsh Mander and Karnika Sawhney. Sawhney filed the petition in 2000 seeking basic human and fundamental rights for the beggars in Delhi. The prayers in the petition included direction to set up committees for periodic visits to the beggar homes, and for proper food, clothing and other amenities for their inmates.

The social contract between the citizen and the state is a contract by which in exchange for the citizen ceding her autonomy partially, the State promises her security over her person and a life with dignity, the high court emphasised.

The petitioners alleged that the Act makes no distinction between persons who solicit or receive money for authorised purposes and those who are singing, dancing, or engaged in similar activities. Section 2(1)(i)(a) defines begging as soliciting or receiving alms in a public place, whether or not under any pretence such as singing, dancing, fortune-telling, performing or offering any article for sale. The petitioner claimed that “pretence” is a very vague term for the police to take action on beggary.

Besides, it was claimed that soliciting is a verbal request and is covered under the right to free speech and expression, and that the Act imposes unreasonable restrictions on soliciting and expressing poverty and vulnerability.

The comprehensiveness of the definition of begging in Section 2(1)(i) indicates a legislative intent to cover a broad area, including in its sweep, all types of begging.  Homelessness and begging were used synonymously, to detain the homeless as if they were begging, and the penal provision of the act was used against them. “This, in our view, is manifestly arbitrary,” the bench held. The term “manifestly arbitrary” is used to describe a legislation which is excessive and disproportionate in its ambit.

Under the law, the State was empowered to detain persons who are not engaged in begging, whether they are daily wagers, and/or having family members to support. As a result of the detention of the bread earner of the family, the entire family may be reduced to financial deprivation and penury. “Such can never be the object, spirit and intendment of a welfare state,” the bench held.

Although the high court reproduced the petitioners’ contention on this provision, it is not clear why it allowed this to remain, while striking down the Act’s other harsh provisions.

The court stated that the government has the mandate to provide social security for everyone and the presence of beggars is evidence that the state has not managed to provide these to all its citizens. Credit: Reuters

While the Act unjustly restricted the movement of beggars, the application of the Act also limited the movement of a large number of non-beggars. Interviews with lawyers providing legal aid have revealed that 74% of persons arrested were from the informal labour sector such as those employed in small hotels, markets and construction, and 45% were homeless. Beggars were unaware of the reasons of their arrest and were taken to the beggars court on the pretext of doing some work like cleaning, the high court noted.

Arguing that the right to life is the right to live with dignity and with necessities of life required for it, the petitioners submitted that this right included the right to take steps including begging to survive and keep body and mind together. Criminalisation of begging deprives a person of the right to obtain basic necessities of life. The Act required people to make an unreasonable choice between committing a crime to be rehabilitated or not commit the crime and starve which goes against the spirit of the constitution and therefore, violated Article 21. The social contract between the citizen and the state is a contract by which in exchange for the citizen ceding her autonomy partially, the State promises her security over her person and a life with dignity, the high court emphasised.

The respondents, including the Centre, argued that a person found begging has to be detained to ascertain the cause of poverty. But the high court found this reasoning specious, and in the teeth of the rights of such persons accorded under Article 21 of the constitution. Arresting persons who may be subsequently found to have not been begging would deprive them of their liberty, without following any process of law, it was held.

The high court considered some essential concomitants and contours of Article 21, as expounded by the Supreme Court. These are the right to shelter, education, healthcare, and a clean environment. The Supreme Court held in 1990 that food, clothing and shelter are the essential needs of every human being.

“It remains a hard reality that the State has not been able to ensure even the bare essentials of the right to life to all its citizens, even in Delhi. We find reports of starvation deaths in the newspapers and ensuring education to the six to 14 year old remains a challenge”, the bench held.

“People beg on the streets not because they wish to, but because they need to. Begging is their last resort to subsistence, as they have no other means to survive. Begging is a symptom of a disease, of the fact that the person has fallen through the socially created net,” the bench reasoned.

As people who beg lack access to basic necessities such as food, shelter and health, criminalising them denies them the basic fundamental right to communicate and seek to deal with their plight, the bench added.

The Centre submitted that schemes like Anyodaya Anna Yojna, Rashtriya Swasthya Bima Yojana, Swarna Jayanti Shahari Rozgar Yojna, National Family Benefit Scheme and other welfare schemes of the government recognise the deprivations to which people are subjected. Agreeing that these schemes impact every possible need of the poor and manifest an admission on the part of the state to ensure the right to life of the citizens, the bench asked whether the state can fail to do its duty to provide a decent life to its citizens and add insult to injury by arresting, detaining and, if necessary, imprisoning such persons, who beg, in search for essentials of bare survival, which is even below sustenance. A person who is compelled to beg cannot be faulted for such actions in these circumstances, the bench held.

After inspecting three beggars homes at Nirmal Chaya, the high court appointed amicus curiae, V.P. Chaudhary, a senior advocate, submitted a status report on December 3, 2007, stating that Rs 35 lakh were being spent on these homes every year. “As compared to that investment, the benefit accruing from them to the society is rather negligible,” he wrote.

All prosecutions under the Act against persons alleged to have committed the offence of begging, were liable to be struck down, the high court held.

The high court, instead of striking down the entire Act, wholesale, chose to declare as unconstitutional, only those provisions which either treat begging as an offence committed by the beggar, or deal with ancillary issues such as powers of officers to deal with the said offence, the nature of enquiry to  be conducted therein, punishments and penalties to be awarded for the offence, the institutions to which such offenders could be committed and procedures following the awarding of sentence for committing the said offence.

The remaining provisions of the Act, which do not directly or indirectly criminalise begging, or relate to the offence of begging such as section 11 (which deals with penalty for employing or causing persons to solicit or receive alms, causing persons or children to solicit or receive alms, or using such persons as exhibits) Section 30 ( which deals with seizure and disposal of animals exposed or exhibited, for obtaining or extorting alms) and other provisions which deal with the nature of offences under the Act, appeals, the power to frame rules and removal of difficulties, were expressly kept on the statute book by the high court.

All prosecutions under the Act against persons alleged to have committed the offence of begging, were liable to be struck down, the high court held.

The State is always at liberty to bring in alternative legislation to curb any racket of forced begging after undertaking an empirical examination on the sociological and economic aspects of the matter, the bench suggested.

The Centre’s role as a respondent in this public interest litigation will, no doubt, come under scrutiny.   After initially assuring the court that the Centre intended to introduce a comprehensive legislation, with emphasis on rehabilitation and reintegration of vulnerable section of the society, it disclosed that it has dropped its proposal, without stating any reasons.

The reasons, however, were not far to seek. The Centre’s draft bill, which in the public domain, was criticised for perpetuating a model that views poverty as a crime in itself, even while seeking to decriminalise begging. If the Centre’s role is non-adversarial in this case as it should be, it ought to take the high court’s suggestion for an alternative legislation to its logical conclusion.