The court announced that Tamil Nadu would get 177.25 tmc ft water, and Karnataka would get 14.75 tmc ft more than it was allocated in the previous judgement. 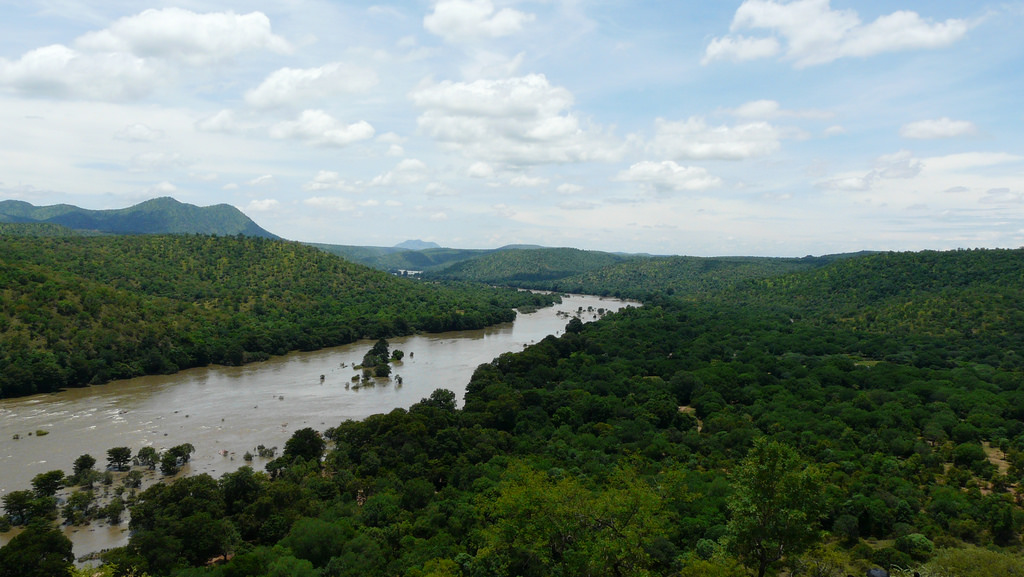 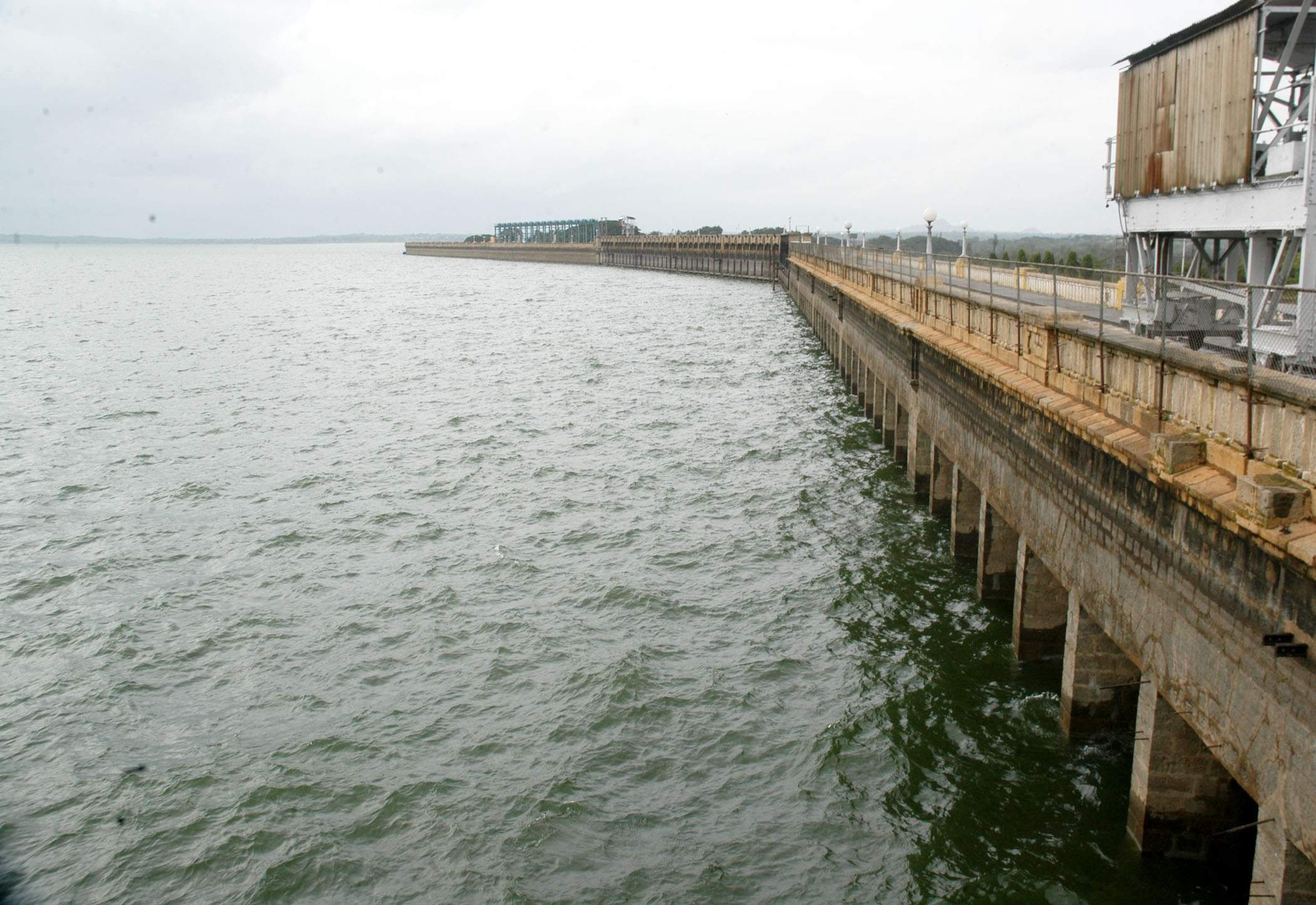 Bringing the curtains down for the nearly four-decade old Cauvery river water dispute, the Supreme Court on Friday reduced the allocation of Cauvery water to be released by Karnataka from its reservoirs from 192 tmcft to 177.25 tmcft at the inter-state border of Biligundulu.

Taking the drinking water requirements of Bengaluru city into consideration, the court increased Karnataka’s allocation by 4.75 tmct for drinking water and 10 tmcft towards industrial and other uses, including increasing the area of irrigation. “Drinking water requirement of the overall population of all the states has to be placed on a higher pedestal as we treat it as a hierarchically fundamental principle of equitable distribution”, it said.

Rejecting the contention that since Cauvery river originates in Karnataka, it can utilise its water in its own way, a three-judge bench, presided by Chief Justice Dipak Misra along with Justices Amitava Roy and A.M. Kanwilkar, said the waters of an inter-state river passing through the corridors of the riparian states constitute national asset and cannot be said to be located in any one state.

“Being in a state of flow, no state can claim exclusive ownership of such waters or assert a prescriptive right so as to deprive the other States of their equitable share,” the bench added.

As consequence of the aforesaid allocation, the Bench said the State of Karnataka would now be required to make available at the inter-state border with Tamil Nadu, i.e., at Billigundulu, 177.25 TMC of water for the basin. Apart from these modifications effected, no interference with the determination and findings recorded by the tribunal is called for.

In view of the reduction in the quantum of water, now required to be released by Karnataka at the inter-State border with Tamil Nadu, i.e., at Billigundulu, there would be, logically, a proportionate decrease in the monthly releases as worked out by the tribunal.

The court made it clear that the monthly releases would remain in force for another 15 years. It also directed the Centre to set up the Cauvery Management Board as suggested by the Tribunal in six weeks to implement the court decision.

CJI Misra, who wrote the 465-page judgment, accepted the findings of the Cauvery Water Disputes Tribunal in its final award on February 5, 2007, to except the slight modification made in the water release by Karnataka to Tamil Nadu. The admission of facts along with the confirmatory empirical data suggests that around 20 tmc of groundwater is available beneath the surface in Tamil Nadu, which the tribunal has not taken into account citing it as a conjecture. “We, while keeping in mind the risks associated with over extraction of underground water, deem it fit that 10 tmc of the said available groundwater in Tamil Nadu can, in the facts and circumstances of the present case, be accounted for in the final determination of its share.”

Rejecting Karnataka’s stand that the tribunal ought not to have accepted the two agreements as binding, the court held that the 1892 and 1924 agreements entered into between the composite Madras Presidency and the princely State of Mysore were binding as they had neither any political arrangement nor touched any facet of sovereignty of India. It said the agreements cover the areas of larger public interest, which do not have any political element, and in this backdrop, the agreements are neither inoperative nor completely extinct.

The judgment said that after considering all relevant materials brought on record, “we are of the view that having regard to imperative of economy of consumption of water, the final determination of irrigated area arrived at by the Tribunal for Tamil Nadu, cannot be declared incorrect or fallacious. We do not find any perversity of approach in the Tribunal‘s findings with regard to the allocation of water for domestic and industrial purposes in the State of Tamil Nadu. Hence, the same requires no interference.”

Referring to Kerala’s demand for more allocation of water, the bench said the rejection of the stand of Kerala seeking trans-basin diversion for hydro-power projects by the tribunal is justified. The tribunal has allocated a total of 30 tmcft of water towards the overall needs of the State of Kerala and we concur with the said conclusion of the Tribunal. While maintaining the allocation of 7 tmcft of water to Puducherry, the Bench said “We concur with the Tribunal‘s findings that the Union Territory of Puducherry is entitled for a second crop, having regard to its unique geographical position and its irrigated area being approximately 43,000 acres.”

Centre to set up Cauvery Management Board in six weeks

In a huge relief to Tamil Nadu, which is dependent on Karnataka’s discretion to release its share of water, the Supreme Court on Friday directed the Centre to set up the Cauvery Management Board as mandated by the tribunal in six weeks.

The court rejected the Centre’s stand that the mechanism for implementation of the final award should be left to the discretion of the Union Government which “may” or “may not” framed a scheme in terms of Section 6A of the Inter-State Water Disputes Act.

Pointing out that the tribunal itself had framed a scheme for setting up of a Cauvery Management Board and the Cauvery Water Regulation Committee (to be constituted by the Board), the bench said it should be done within six weeks. This it said was to ensure that the authorities under the scheme can see to it that the present decision which has modified the award passed by the tribunal is smoothly made functional and the rights of the states as determined by us are appositely carried out.

The Board will also work out the distress formula in case of deficiency in rainfall in a particular year and determine the allocation. It said, “When we say so, we also categorically convey that the need based monthly release has to be respected. It is hereby made clear that no extension shall be granted for framing of the scheme on any ground.”

The court noted that tribunal has authorised the Cauvery Management Board/Regulatory Authority to relax the schedule of deliveries and get the reservoirs operated in an integrated manner through the States to minimise any harsh effect of a bad monsoon year in the event of two consecutive distress years.

The Cauvery Management Board/Regulatory Authority was also required to monitor the entire spectrum of monthly availability of storages and rainfall pattern vis-a-vis the schedule of monthly flows to be delivered at Billigundulu/inter-state contact point for a period of 15 years and to effect the necessary adjustments in the monthly schedule in consultation with the party-states and with the help of the Central Water Commission without, however, changing the annual allocation awarded to the parties. the regulation of water releases therefrom with the assistance of the Cauvery Water Regulation Committee (to be constituted by the Board).

The tribunal has suggested that the Cauvery Management Board should submit an annual report to the four party-States before the September 30 of each year. The bench pointed out that the tribunal had stated that there was no element of human control on the happenings in nature and that only an attempt was to be made to ensure beneficial use of the available quantum of flows in any year and to distribute the same for the benefit of the basin as a whole by integrating the releases from different storage reservoirs.